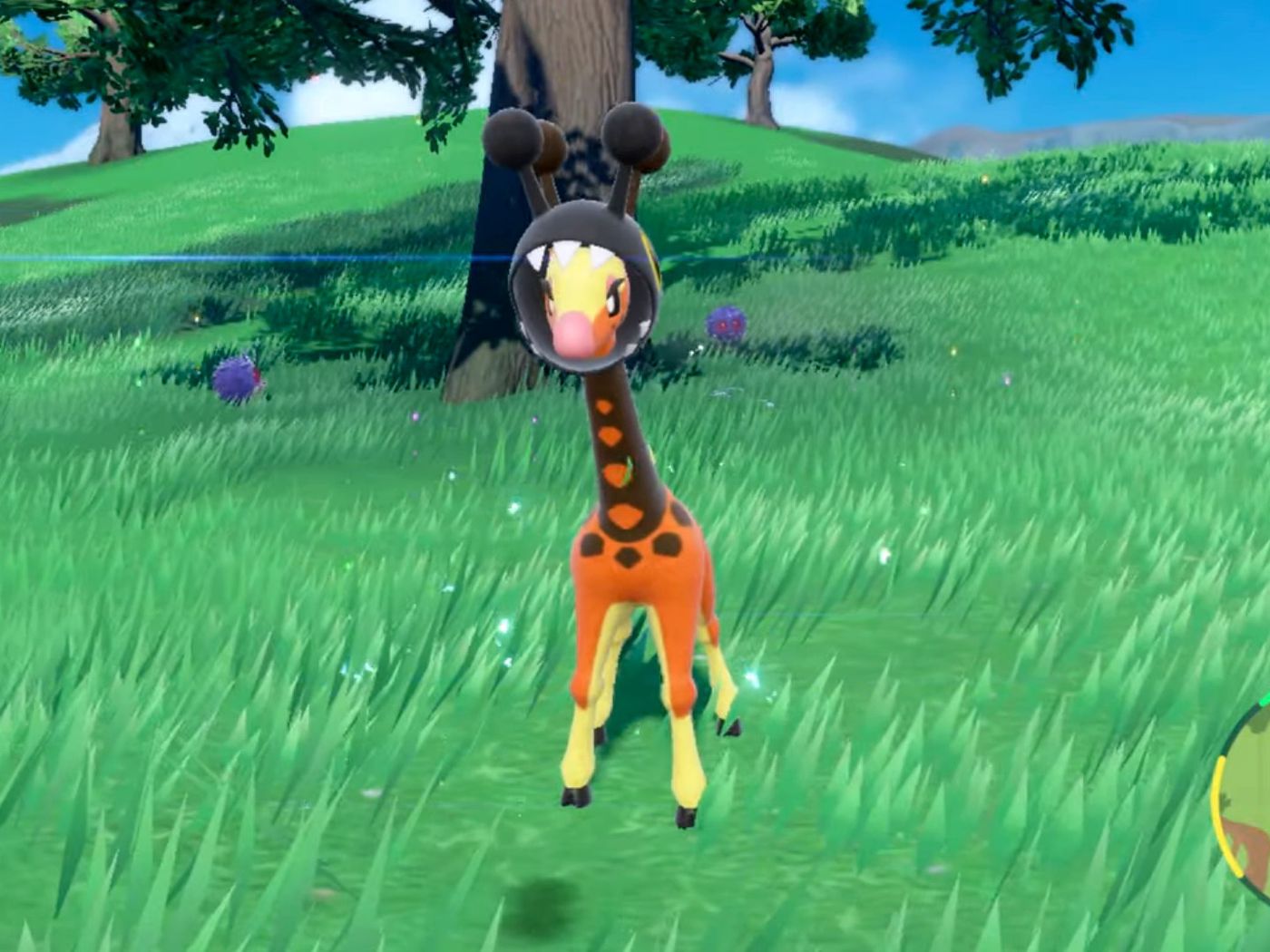 As announced yesterday on social media, The Pokémon Company has released a new trailer dedicated to Pokémon Scarlet and Violet, the latest ninth generation title coming to Nintendo Switch on November 18, 2022.

This new video from Deep dive focused on describing the activities to which the players and visitors of the Paleda region will be able to take part. As mentioned in other news dedicated to the game, Pokémon Scarlet and Violet will introduce the formula for the first time JRPG Open World, allowing players to embark on their own adventure by following 3 different roads: the Challenge to the Gyms, the fights against the Team Star thugs and the search for the Dominant Pokémon.

During the adventures it will also be possible to find new unreleased Pokémon like ceruledge, piglet, smolive but also Pokémon Variants inspired by existing species such as wiglett. In addition, this new trailer confirmed the presence of Regional Evolutions, revealing farigiraf, the evolution of the 2nd generation Pokémon Girafarig. 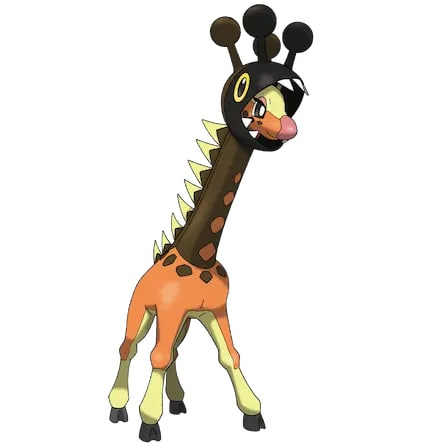 "When Girafarig evolves into Farigiraf, the head on his neck and the one on his tail come together. Since Farigiraf's two brains are now connected by thick nerves, his psychic powers are enhanced and he can emit psychic waves from the antennae on his head. He is always very attentive to the environment around him and, although he can detect dangers instantly, there are times when his body cannot react with the same speed as his two brains. "

Various innovations have also been introduced related to both the world of competitive, both to that of light-hearted fun. 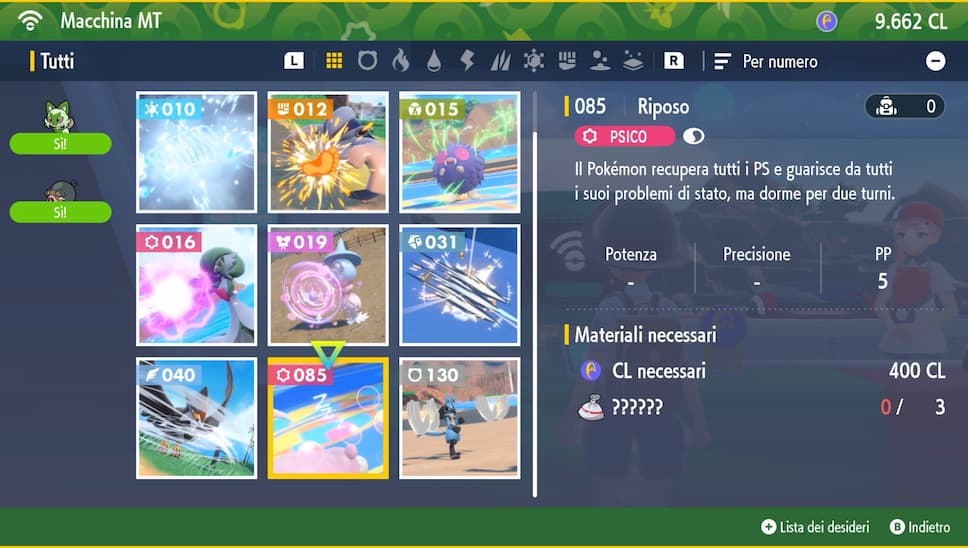 “A Technical Machine (TM) is a tool that allows Pokémon to learn new moves. In Pokémon Scarlet and Pokémon Violet, a device called the TM Machine has been installed in all Pokémon Centers and allows Trainers to create their own TMs.

To do this, you need League Credits (CL) and materials dropped by wild Pokémon after battle. CL can be obtained by progressing through the story or by exchanging them for items dropped by Pokémon. Select the moves on your device that you want your Pokémon to learn and try to make a TM!

As you continue on your adventure, the choice of TMs available to create will increase. Each TM can only be used once, but if you have enough CL and the right materials among those dropped by the Pokémon, thanks to the TM Machine you can create as many as you want. Think carefully about the moves you want your Pokémon to learn: you will open the door to new strategies! " 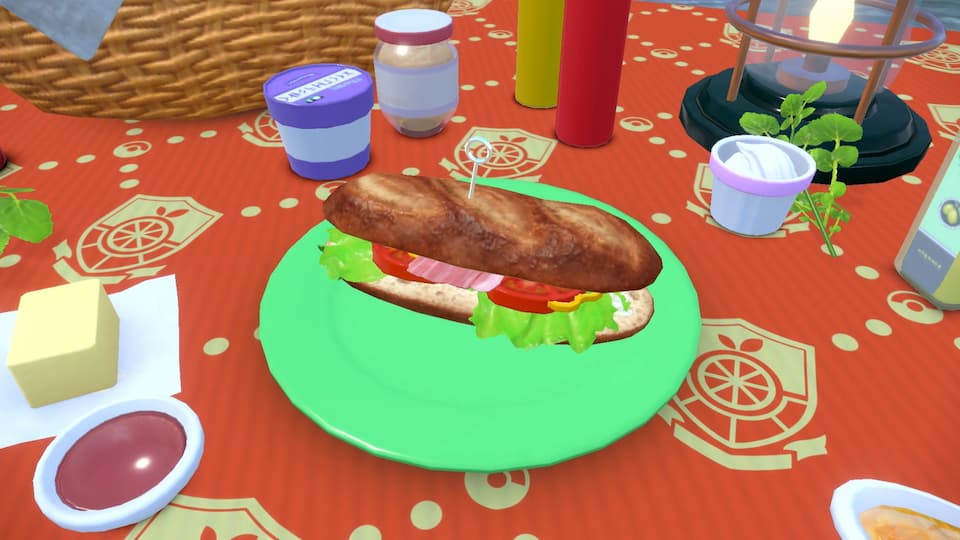 “Have a nice picnic wherever you want (or almost) as you explore the vast natural expanses of the region! Picnics allow you to spend some leisure time with your Pokémon, and you can even change the design of tablecloths, mugs, water bottles and other items as you like.

When you start a picnic, your team's Pokémon and the Legendary Pokémon that accompanies you (be it Koraidon or Miraidon) join you.

You can make all kinds of sandwiches on a picnic.
Before you start making a sandwich, you'll need to choose which topping and toppings to use, as well as the toothpick to use to hold everything together.
Once this is done, you will need to arrange the ingredients on the bread, stacking them carefully.
If you don't balance them correctly, you may inadvertently tip them over or drop them off the bread. Remember: the secret of an excellent sandwich lies in the use of the ingredients! " 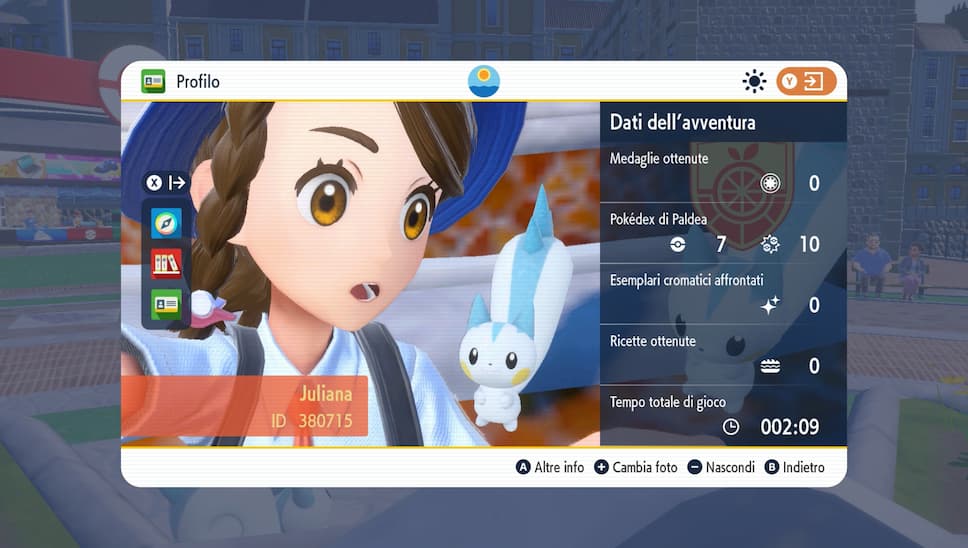 “The Profile App allows you to view your adventure data, such as the number of medals you have earned, the level of completion of the Pokédex and even how many sandwich recipes you have discovered!

In addition, it allows you to view the Pokémon you are currently traveling with and set a profile photo by choosing the clothes, hairstyle, pose and filters that you like best. Create a profile that reflects your personality! "