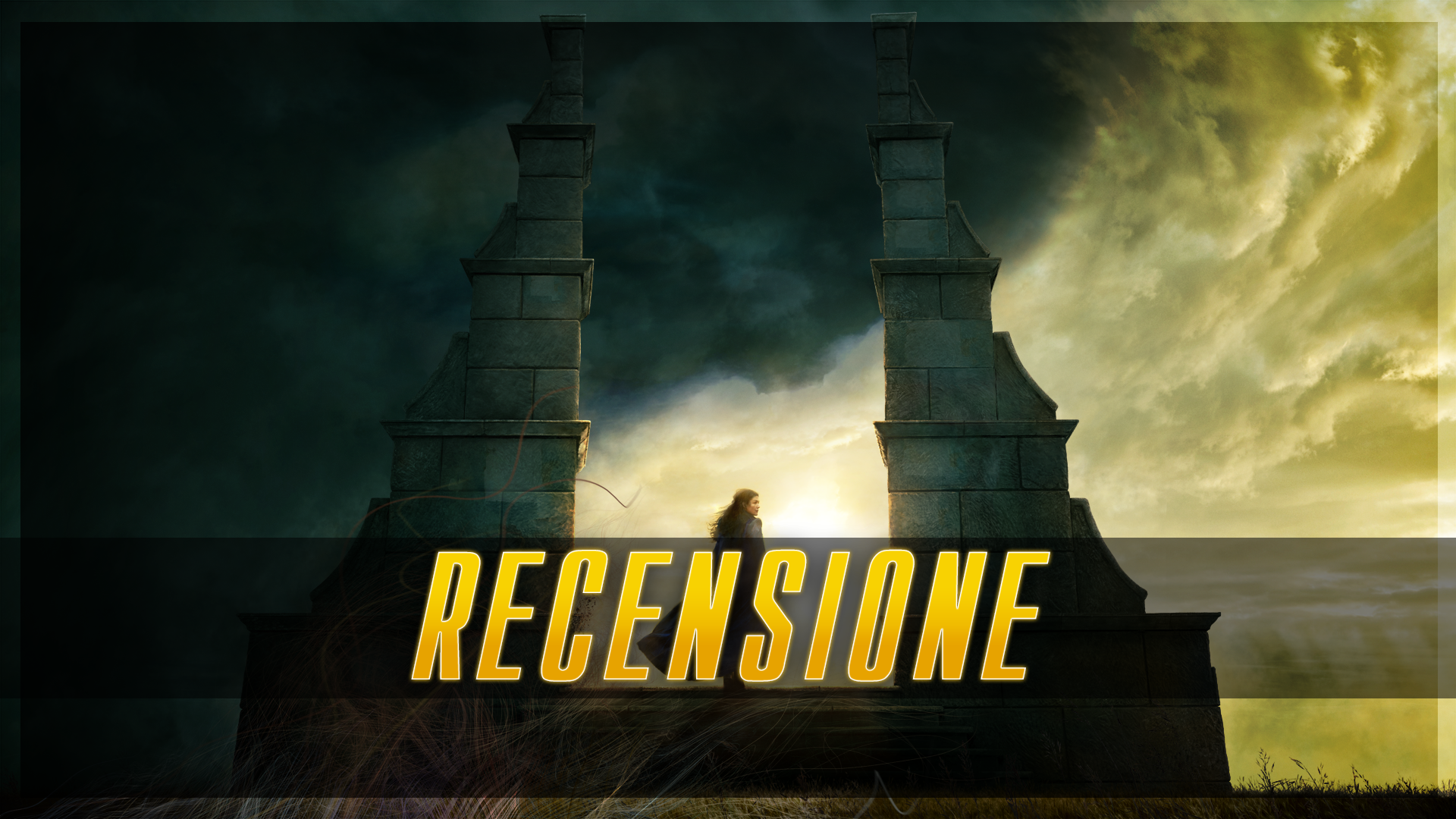 How many events can occur in an hour-long episode? I don't think there is a fixed number, but certainly the seventh episode of the Wheel of Time challenge any limits in this regard. After a couple of episodes less frantic than usual, in which some characters had had time to breathe and be deepened, this episode throws us back in the middle of a very fast narrative.

The episode opens with the protagonists who set off again, this time to reach the Eye of the World. Here, according to Moiraine's plans, the Dragon Reborn he will have to face the Dark One and defeat him.

The characters who suffer ...

The gang now travels in the company of Loial, yet another secondary character, introduced in previous episodes. Loial is an Ogier, a humanoid species that appears to live at a slower pace than humans, and who values ​​knowledge. Loial's character, however, is reduced to a simple tool through which the plot continues its unstoppable advance. An addition for now more than superfluous to an already populated cast.

But Loial isn't the only character to suffer in this episode. The protagonists are put into situations that further reveal their already evident lack of depth. The attack of a creature that whispers their worst insecurities shows how predictable and predictable they are. The ensuing tension within the group develops infantile dynamics, accompanied by the usual careless dialogues.

However, this could be a problem related to the source from which this series is taken, and to a particular choice of adaptation. Amazon has indeed decided to age the characters by a few years, who from teenagers in books become young adults. A change of a few years, which however creates certain expectations regarding the behavior and maturity of the protagonists, which are regularly disregarded.

… And those that bloom

But as in past episodes, the secondary characters make up for these shortcomings in the protagonists. In particular Lan and Moiraine they once again demonstrate that they have the greatest depth within the group.

We can now say that we have fully understood who the Aes Sedai is who has accompanied us since the first scene of this series. Moiraine is a woman with a mission, and it won't allow anything to get in the way of her and success. His attitude towards the protagonists is dictated not by compassion or love, but by the certainty that one of them is the Dragon Reborn, an indispensable tool for the success of his plan to combat the Tenebrous. He is not afraid to use his powers, his knowledge or his political weight inside and outside the Aes Sedai to achieve his goals and even if he tries not to cause unnecessary suffering to the innocent, he will not hesitate to make sacrifices to achieve his goals.

Moiraine's keeper too, Lan, manages to confirm himself in this episode as one of the best written characters of the series. The stop in his hometown allows you to further explore its character, as well as reveal some details about its past.

But Lan is above all the character who creates the most significant bonds of the entire series, and it is through the relationship with him that Nynaeve he rises a few steps above the protagonists, revealing traits of his personality that would otherwise have remained hidden.

Towards an uncertain ending

The pace of the seventh episode of the Wheel of Time is, as I have already mentioned, frightening. It seems that each sequence that fills the short hour of episode duration could have represented an episode in its own right. This density makes the narrative confusing, and when events converge towards the inevitable ending, one is blown away.

In just one hour you go from situations of relative tranquility to extreme danger, to new tranquility and then accelerate again towards the end. Characters are introduced and immediately forgotten, victims of a plot that marches at a frenzied pace.

This is the main reason I have no idea what to expect from the eighth and final episode of this first season. Any ending will inevitably seem rushed and undeserved. A sudden end to a flurry of only loosely connected events.

A question inevitably arises from this penultimate episode. Seeing how the stakes are rising for all the protagonists, one wonders: why are they doing this? The protagonists are still the same guys who started from the Two Rivers seven episodes ago.

They have been tossed from one part of this world to the other without a specific reason to keep them going. To make sense of this constant wandering without a precise goal, the last episode will have to work miracles.