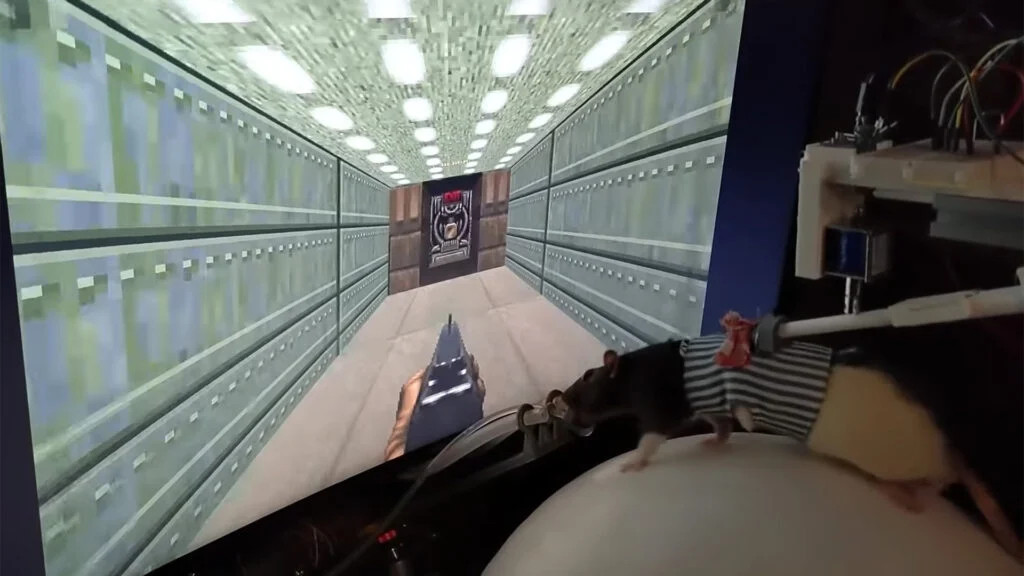 Viktor Tóth is a Hungarian neuroscientist who has dabbled in an interesting project in recent months: develop a VR control platform for rats. As documented in his article published on Medium, this automated platform developed on a budget of 2000 euro approximately allowed three rodents to learn the basics of Doom II (Id Software, 1994) as the crossing of a 3D corridor and a simple firefight with an immobile demon.

All these experiments were carried out without any alteration or manual intervention neither on animals nor on the platform.

Obviously, such a project requires a major cash investment, especially if you want to update or make your work tools more effective. And it is precisely for this reason that Tóth announced, in an interview for Futurism, the beginning of his activity as a scientific streamer on Twitch, looking for a monetary fund capable of supporting the costs of the project.

“I think Twitch is a very good way to monetize a project like this. The only problem is how long a rat runs. Once Romero (one of the rats) ran for 15 minutes straight. It was great because he had been doing it for so long without getting tired or bored. So if we can get to a point where the rat expresses actual curiosity in the game, it could be an interesting development. Probably, he would play for 10 or 20 minutes straight. "

In the future, Viktor would like to implement such a VR platform with other games, such as a 3D version of Pac-Man, but this would require a much larger and hardly sustainable development effort and time.

“Rats don't like to attack things. In nature they are much better at escaping. This would be the dynamics with Pac-Man 3D. They should turn to see the ghosts behind them. Obviously, this setup is not ideal as they should turn around, which is really difficult for them. That's why these FPS games like Doom make a lot more sense. "

What about you instead? You would see one decomposing marathon hosted by Viktor and his demon-hungry mice?