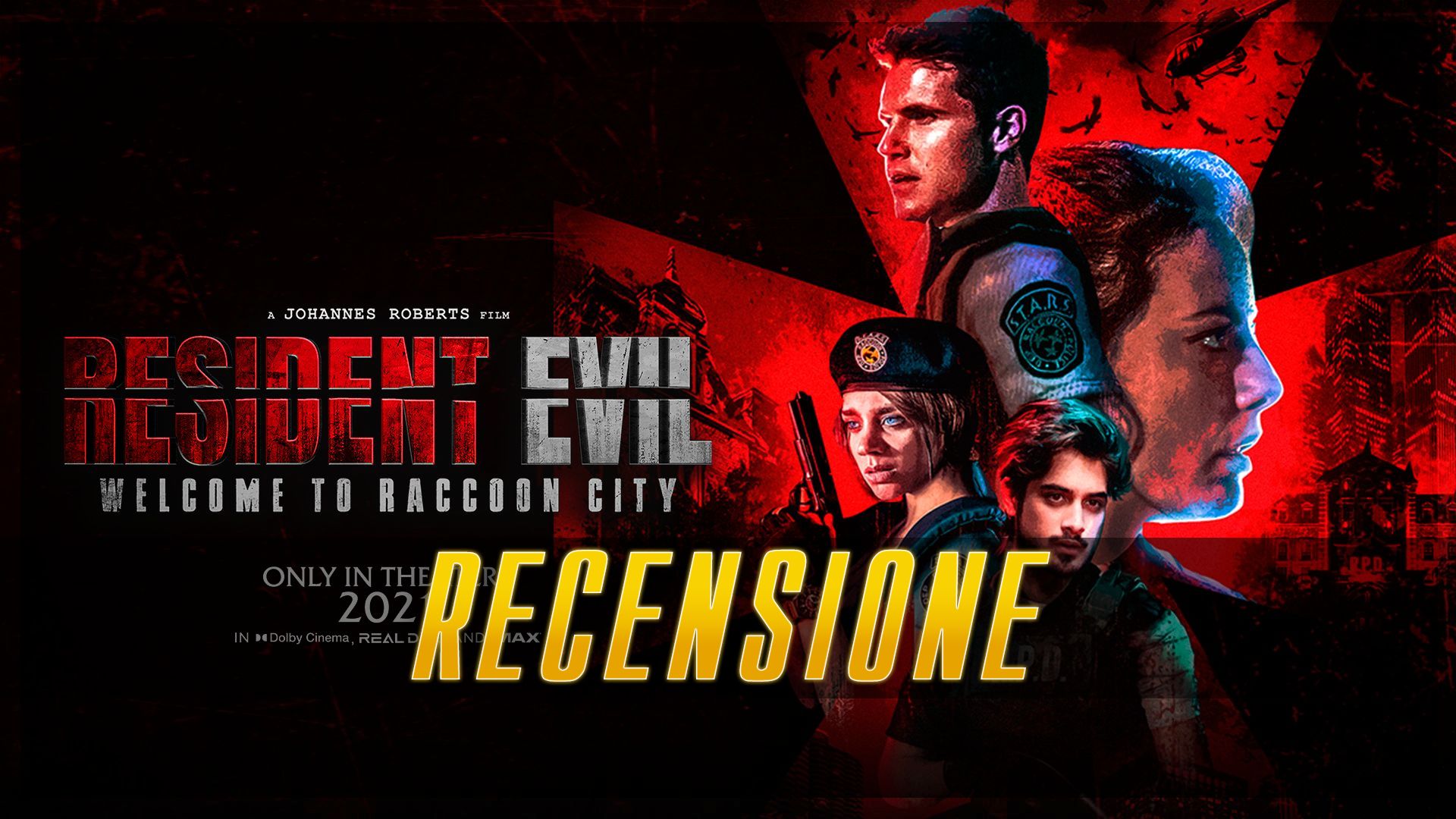 Here we go again. For the umpteenth time, some film producers had the "brilliant" idea of ​​stumbling upon the (im) possible enterprise of groped to adapt a classic videogame into a movie for theaters. The sacrificial "victim" is a brand that has already had to do with this type of thought in its past: resident evil. This time, however, the path taken seems to want to do a complete reset, thus canceling the cinematic experience of the past by bringing back to life a product more similar and compliant with the well-known Capcom horror saga. But how will this be Resident Evil: Welcome to Raccon City? Let's find out together with our review.

The film should be a return to the origins of the famous franchise resident Evil. What the director (and fan) of the saga would like to pass John Roberts is to reopen the games for a whole new generation of fans. In Resident Evil: Welcome to Raccoon City, what was once the headquarters of the pharmaceutical giant Umbrella Corporation, Raccoon City is now a dying city in the Midwest. The company's exodus has turned the city into a wasteland with an insidious threat lurking beneath the surface. When this Danger is released, a group of survivors must work together to uncover the truth behind the Umbrella Corporation and stay alive.

What we are currently experiencing in the field of cinema is a period, for films based on video games, certainly flourishing and interesting. If we think that films dedicated to other well-known brands are coming soon, such as Super Mario o Uncharted, Resident Evil could have been a film that had to have its say, despite the commercial failures of this bizarre commercial form of transporting video games in film form at all costs. (just look at the sensational flops of Assassin's Creed or Tomb Raider). The atmospheres seemed to be a good point of reference and already seeing the trailer (at the time of its release disputed by several gamers and aficionados of the brand) the feeling I had, at first glance, was that the film despite some small technical problem ( from the choice of some actors to questionable special effects) somehow, on an emotional level, seemed to discreetly and vaguely approach the original 1996 title. The main problem, however, remains that the good emotions felt collide with the work done on the script. Unfortunately this feeling of wonder faded as the film progressed and changed into an emotion that was a mixture of disappointment and bitterness perceived since leaving the press room. The reasons for these negative feelings, unfortunately, are to be considered in many areas: from confusing story questionable interpretations up to the damn bad special effects.

Despite the negative feelings I would like to focus on some of them first wait which, paradoxically, I found positive. The director's interest in Resident Evil, a certain Johannes Roberts, is as perceptible as it can be said that he did a good job with regards to quotationism dating back to the original works. The inspiration comes directly from the first two chapters of the video game from which the film is in any case based. In the film, in fact, there will be little allusions that surely they will make the'less bitter visual experience for those who grew up with this horror brand. In particular, a scene that could make you jump from your chair taken directly from the first chapter. However, quotation alone will not be enough to make the film pleasant especially to those who, perhaps, do not know much about the brand and could therefore not grasp the references and get bored (due to poor acting) within a few minutes.

The work done regarding the scenographic settings and photography is certainly an aspect that I feel like rewarding, as it is in line with the horror standards of the video game. However, the same cannot be said regarding the choice of special effects which I will talk about right now. Unfortunately, as regards the latter, CGI effects will appear to be out of line with the expectations of a 2021 film. I dedicate a small anecdote taken directly from the press room: as soon as some of the effects made in CGI have been shown, of which, for reasons of possible spoilers, we cannot reveal to you in which point of the plot they are present, some journalists have looked at each other with stunned looks and quite confused and seconds after realizing that those were indeed the special effects, a chill has fallen in the room, mixed with some embarrassed laughter. This speaks volumes about the scarce work done by a production that should theoretically pay homage to a video game. Unless the intent was to pay homage to B-Movies. If that was the main goal, they hit it perfectly.

Speaking of B-movies, let's move on to the most painful part: the actor's choice. There is an actor, specifically, who has caused so much uproar: such Avan Tudor Jogia il Leon Kennedy of film. It is not possible to understand if the director, for some reason unknown to us, has a hidden hatred towards him but when you see the film you will immediately understand that Leon will NOT be the character present in the collective imagination. Forget the original present in the videogame saga of Capcom, the one you will find instead it will be a superficial and in many ways irritating version as his jokes will often turn out to be out of place. But even the other members of the cast are not particularly saved from their interpretations. The feeling that you will have seeing the shots from above with the actors involved grappling with the zombies (of which, the make-up is still a good job) will be like seeing a sort of a gathering of cosplayers easily found in the various comic fairs. This does not guarantee excellent performance.

The actors, all without exception, seem to be taken from a horror context different from that of the Capcom saga, perhaps the director wanted to introduce a comedy vein to break up the tension (already non-existent except for some jumpscare) of the film, almost as if they were high school students dealing with a mysterious killer intent on killing them all. Mission failed from the beginning and that will unfortunately make the vision even more bitter.

Resident Evil: Welcome to Raccoon City can be called a shy attempt to take over a brand that in the past did not have much to say on a cinematic level. Unfortunately, this attempt at rebirth will make happy (perhaps) just those who are fond of the brand, but the constant action scenes mixed with a comedy context will not do justice to the hopes of those who hoped to relive the videogame glories of the 1996 opera. Resident Evil: Welcome to Raccoon City is available in theaters starting November 25.

The director of the new Planet of the Apes reveals a detail on ...