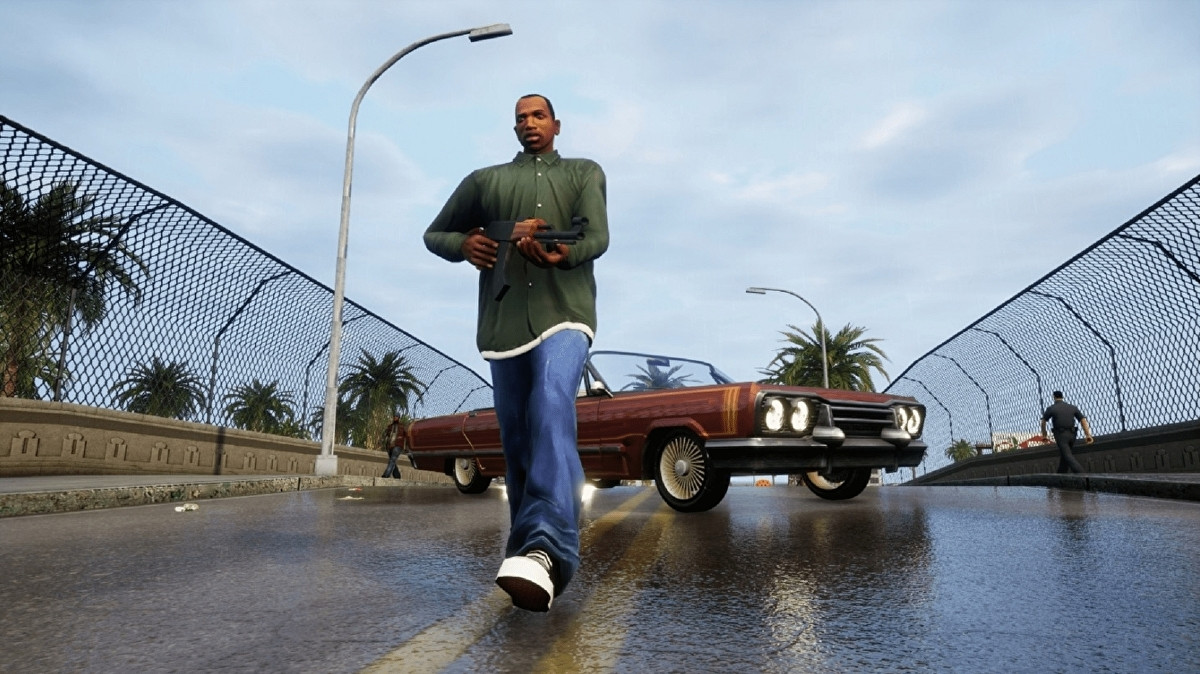 Let's go back to talking about the GTA Trilogy: Definitive Editionbut rather than shooting on the red cross highlighting new defects and bugs of the latest release of Rockstar Games, let's talk about the Modders community they just don't have started to fix the remakes of the three games, but also found a little gem.

There is a debug Unreal command for GTA VR but it looks a little bit unfinished. Maybe it would be cool if they implemented this as a first-person option? It plays pretty well. Gunfights and punching will need tweaking, would be super cool for screenshots! pic.twitter.com/pxq5ivwGOA

Fiddling around with the files of GTA: San Andreas in fact, some users have managed to find one virtual reality mode incomplete, through the use of a debug command of the game engine (Unreal Engine) used by Groove Street Games during development. Obviously, since this is a non-optimized version and technically unusable without particular magheggi, the images you see above show some imperfections.

However, one wonders if one VR mode it was not initially foreseen by Rockstar Games and subsequently excluded, in order to reproduce it separately on Oculus Rift 2, as announced by Mark Zuckerberg during the last Facebook Connect.