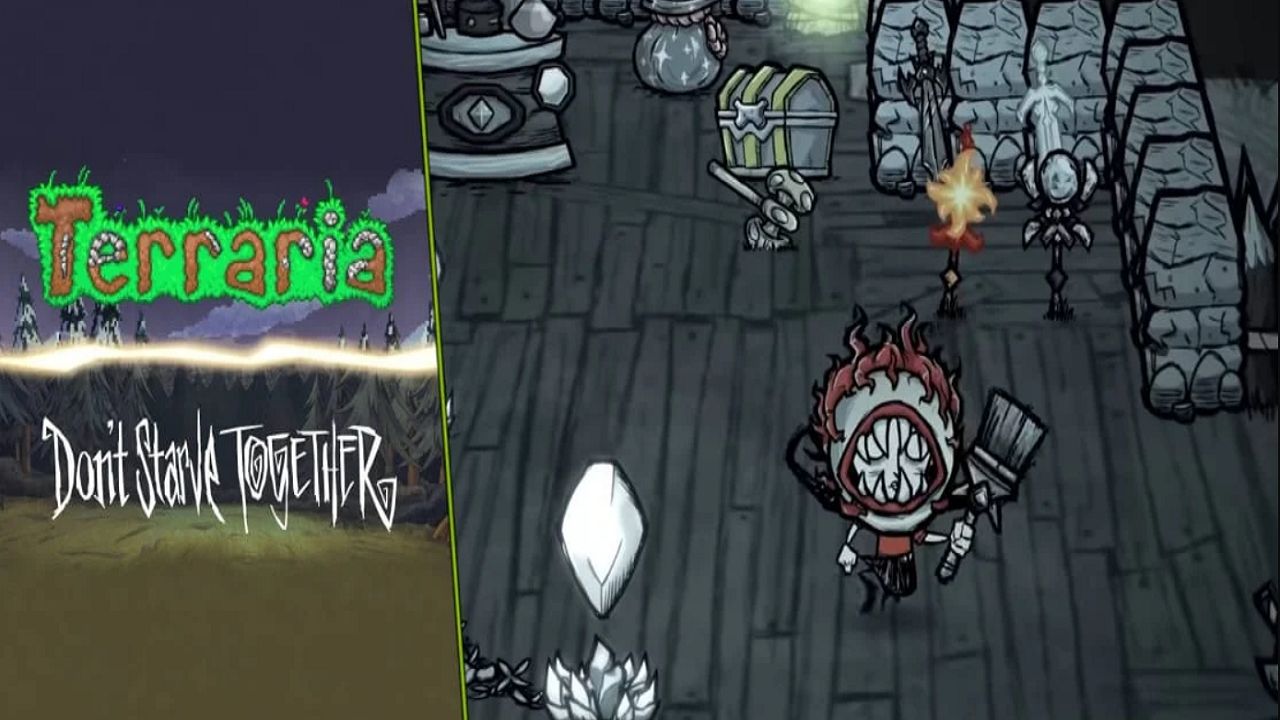 At the end of last month, Clay e Re-Logic had already suggested the arrival of this new update. This is particularly surprising especially for Terraria, which received its "final" update late last year. Only support for Steam Workshop has been added since, until now.

Terraria update 1.4.3 adds a host of themed content as part of its Don't Starve Together crossover including some aesthetic surprises and a brand new world to play on.

“The Constant” is a new seed that spawns a world that is very different from anything you've tried before and has a greater chance of spawning Don't Starve themed items.

Speaking of these items, some new tools and weapons have been added to the game. Today's update highlights the addition of Lucy the Ax, an ax with a personality that makes you feel guilty if you put it aside. Coming also Chester, for an pet that doubles as a piggy bank.

A new boss has also been added, the terrifying Deerclops. There are also numerous other bug fixes and changes.

New foods and recipes have been added along with the mysterious "Terrarium", an object that can be found hidden somewhere in the world. Terraria-themed cosmetic content is also available as long as you have the reel and materials needed to make them.

NieR: Automata, the PC version via Game Pass is better than ...