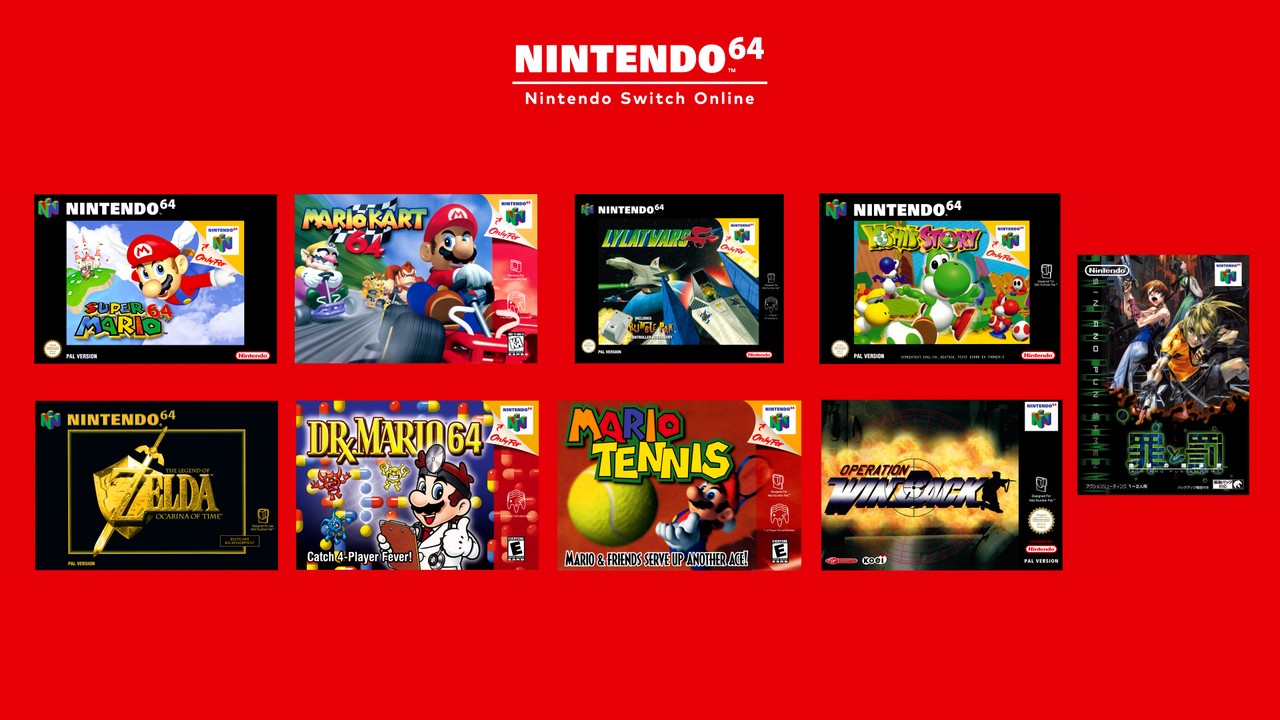 During the past Nintendo Direct, the Japanese company has announced the arrival of the titles for Nintendo 64 within the Nintendo Switch Online service dedicated to Retro Gaming. However, in the days following the announcement, a series of rumor related to European versions of these games.

You can tell this from the box arts used, and the future games also use PAL or NTSC box arts depending on the languages ​​too, the future PAL games listed are the following:
- Zelda Majora's Mask
- Banjo-Kazooie
- Pokémon Snap (this one has seperate ROMs per language)
- Paper Mario

For those not already aware, the European versions of the titles released on Nintendo 64, as in the case of many other games for PlayStation e Sega Saturn, turned at a refresh rate of 50Hz, at the time the only standard adopted by televisions sold in Europe under the PAL system. Due to this, the games were slower than the NTSC versions sold in America and Japan and which ran at a refresh rate of 60Hz. At the same time, PAL games were able to support a translation of Multilingual texts, such as French, Spanish, German and of course Italian.

However, it appears that Nintendo has found a solution that can please all, announcing that you can choose between PAL and NTSC version, and choose whether to prefer smooth gameplay over translation into your preferred language, or vice versa.

All Nintendo 64 games included with #NintendoSwitchOnline + Expansion Pack can be played in 60Hz English language versions. Select games will also have the option to play the original European PAL version with language options. pic.twitter.com/nZeO4WQaPN

“All Nintendo 64 games included with Nintendo Switch Online + Expansion Pack will be able to play at 60Hz in English. Some games will have the option to be played in their PAL version, with language options. "

ARC Raiders has been postponed to 2023

Di Sarno Raffaele - August 9 2022
In the past few hours, MultiVersus, the Smash-like fighting game from Warner Bros., has reached another impressive milestone a few weeks after its release, breaking through ...
News

Piermatteo Bruno - August 9 2022
The Monster Hunter Digital Event in August has just ended, that is the presentation dedicated to the latest news on the CAPCOM brand and ...

Dragon Quest - The Original Trilogy Comes to Nintendo Switch at ...

Superhot - A leak reveals the arrival on Nintendo Switch