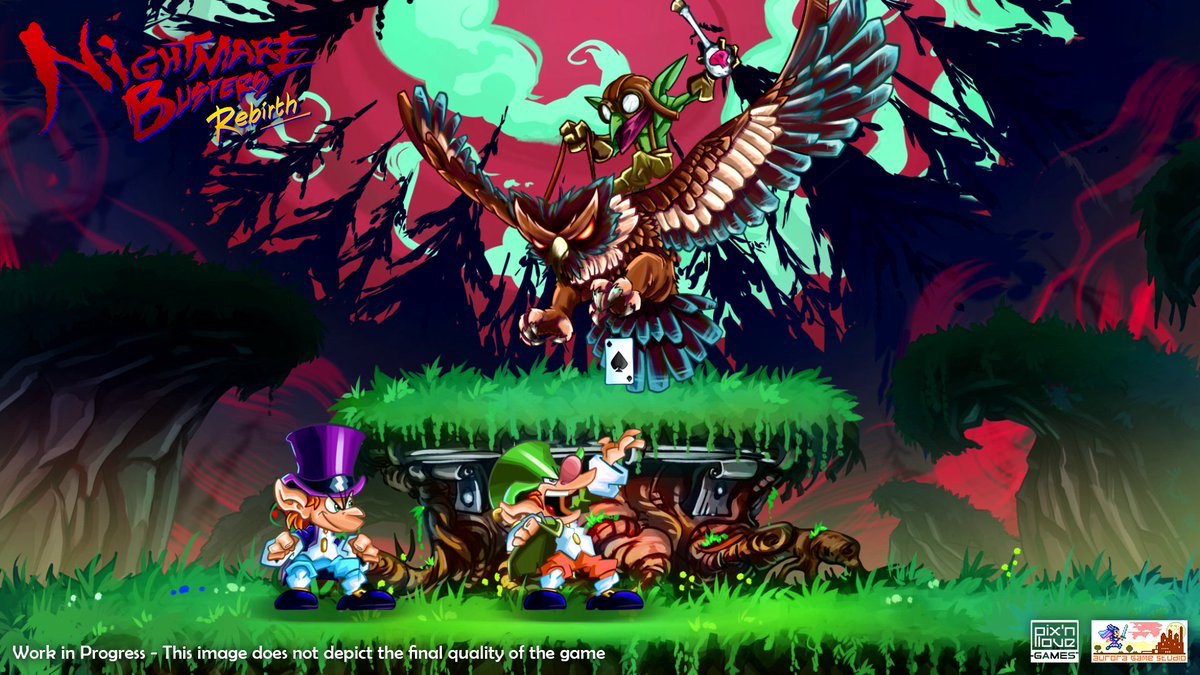 It was 1994 and Arcade Zone was starting to develop Nightmare Busters, a run and gun for SNES, but it never saw the light. The project was canceled and never officially released, but is about to come back to life with Nightmare Busters: Rebirth.

To carry on the development of the title was the Aurora Games studio, in collaboration with the publisher Pix'n Love Games. The title has been completely redone, but according to the developers it was kept true to the original design.

Pix'n Love and Aurora Game Studio reveal NIGHTMARE BUSTERS - REBIRTH🍀 Developed in 1994 by Arcade Zone on SNES, this run & gun would never be officially released. It's coming back in an entirely redone production while staying true to the original work🤩#nightmarebustersrebirth pic.twitter.com/U6rMTSWhj8

To achieve this, the developers enlisted the help of some of the creators of the original game. The characters will also be animated frame by frame, to get even closer to the video games of the time.

The game will be released on Windows PC and console, even if in the tweet announcing the release it is not specified which ones. Likewise, a precise release date is not yet available.

Remedy is working on a “new, exciting project in its early stages ...

Vincenzo Marino - May 13, 2021
Remedy Entertainment, the creators of Control, Alan Wake and Max Payne, had already announced that they were working on two new collaborative projects ...
News

Vincenzo Marino - May 13, 2021
The next Battlefield 6, according to Electronic Arts, will be a showcase that will showcase the potential of next-generation consoles - but it will work great too ...

Microsoft would be working on two new consoles, one of which ...

Suda51 will make an announcement at MomoCon 2019