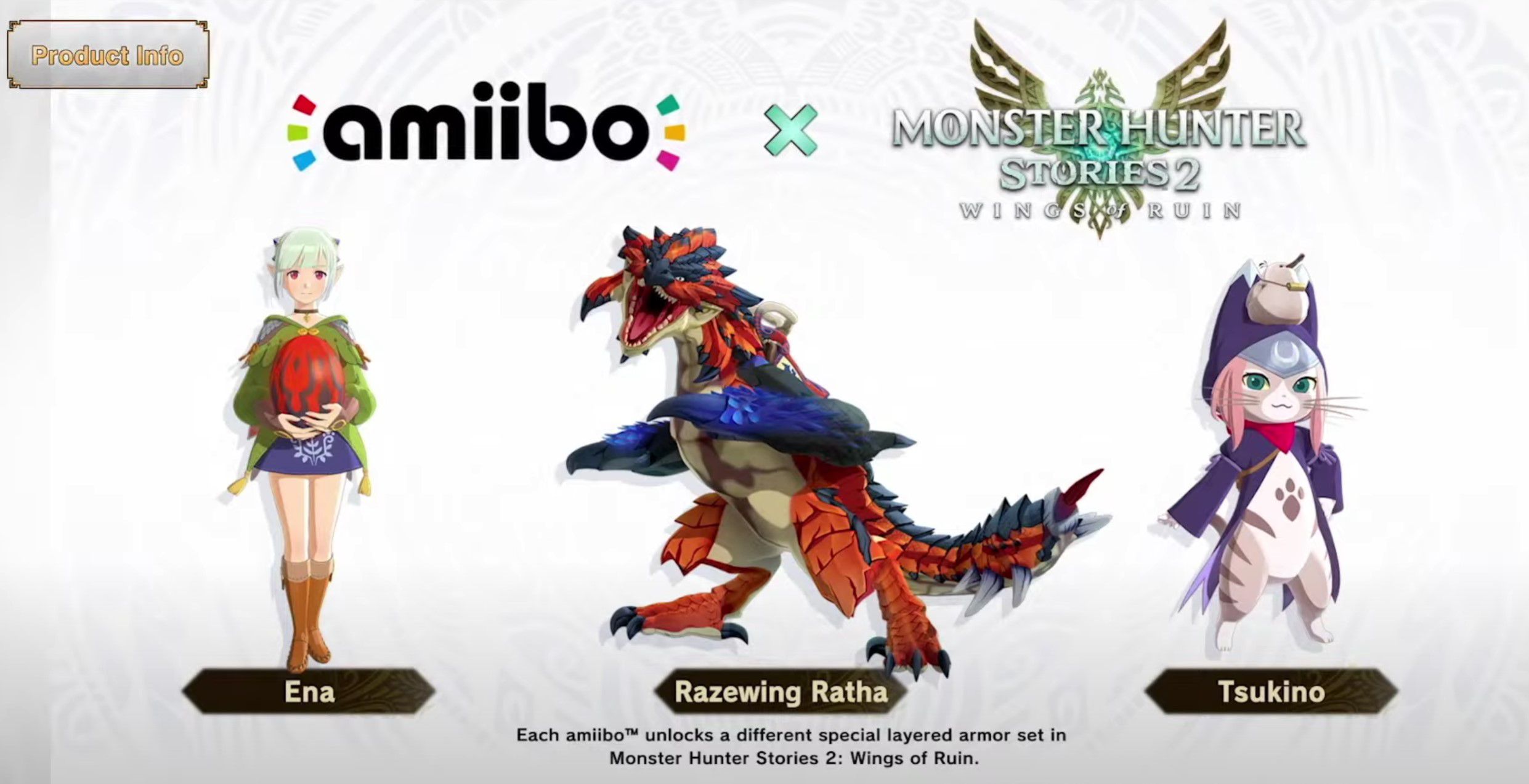 Monster Hunter Stories 2: Wings of Ruin will support amiibo and, for the occasion, three have been presented related to the Capcom title.

During the Monster Hunter Digital Event yesterday, Capcom got to talk about its spin-off again Monster Hunter Stories 2: Wings of Ruin, announcing the arrival of three brand new themed figurines. Nintendo of America has unveiled the arrival of the three figures and their availability starting from Day One of the title while stocks last. The three amiibo, as you can see below, represent Ena with a Rathalos egg, a Razewing Ratha and Tsukino respectively.

# MHStories2: Wings of Ruin amiibo will also be available exclusively @GameStop alongside the release of the game and each will unlock a different special layered armor set! While supplies last. pic.twitter.com/yHJx7WaxoY

At least as far as the American territory is concerned, the amiibo will be available exclusively at GameStop, and they will unlock different sets of armor.

Monster Hunter Stories 2: Wings of Ruin, as well as amiibo, will be available starting in 9 July on Nintendo Switch and PC via Steam.

Bungie has never dealt with Microsoft