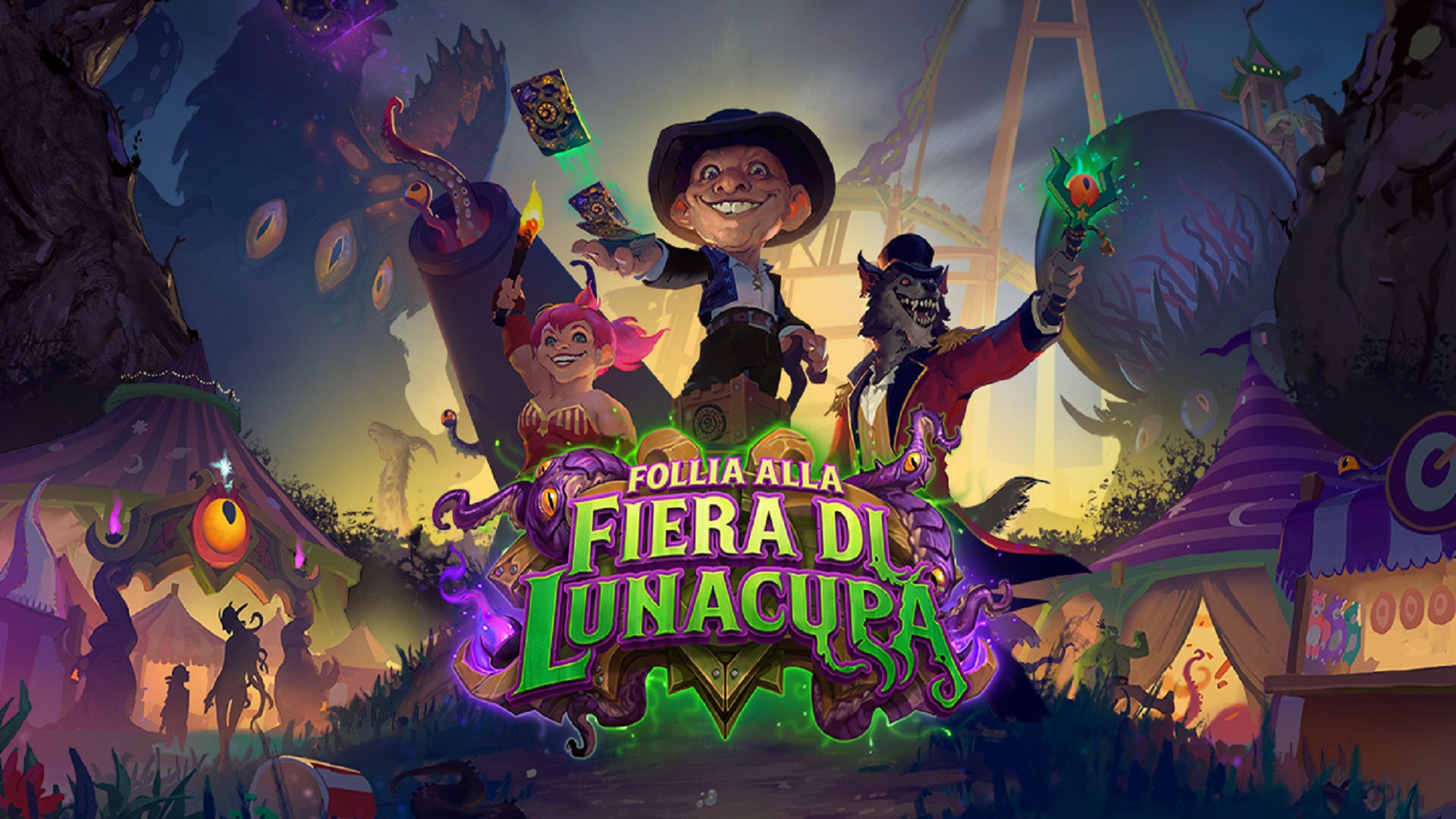 As widely announced during the release of the Madness at the Darkmoon Faire expansion, Blizzard will make it available tomorrow 21st January a miniset called Darkmoon Racing.

The set will include 35 unique cards where a full set normally has 135. There will be two cards per class, plus 10 bi-class and five neutral cards.

The miniset doesn't include any new mechanics, but brings to light some of those that appeared in previous expansions of the standard, such as dormant cards, corruption, and the Magical Impulse.

Come one, come all, to the fastest most dangerous competition in Azeroth: The Darkmoon Races, launching January 21!

All 35 Darkmoon Races Mini-Set cards will be obtainable through Darkmoon Faire Packs, or in the Shop as a full set for $ 14.99 / 2000 Gold! pic.twitter.com/QiYKBKxdYT

The novelty most appreciated by the community so far, however, does not concern the content of the expansion, but the method of obtaining it. Unlike in the past, it will indeed be You can buy all 66 cards in the set (therefore all cards in double copy except the legendary ones), for € 14,99 or 2000 Gold.

No packages then, and not even single player adventures. Players will have direct and secured access to all cards from day one. This decision could represent a first step towards improving relations between Blizzard and Hearthstone fans, after the countless problems caused by the Battle Pass and the lack of communication.