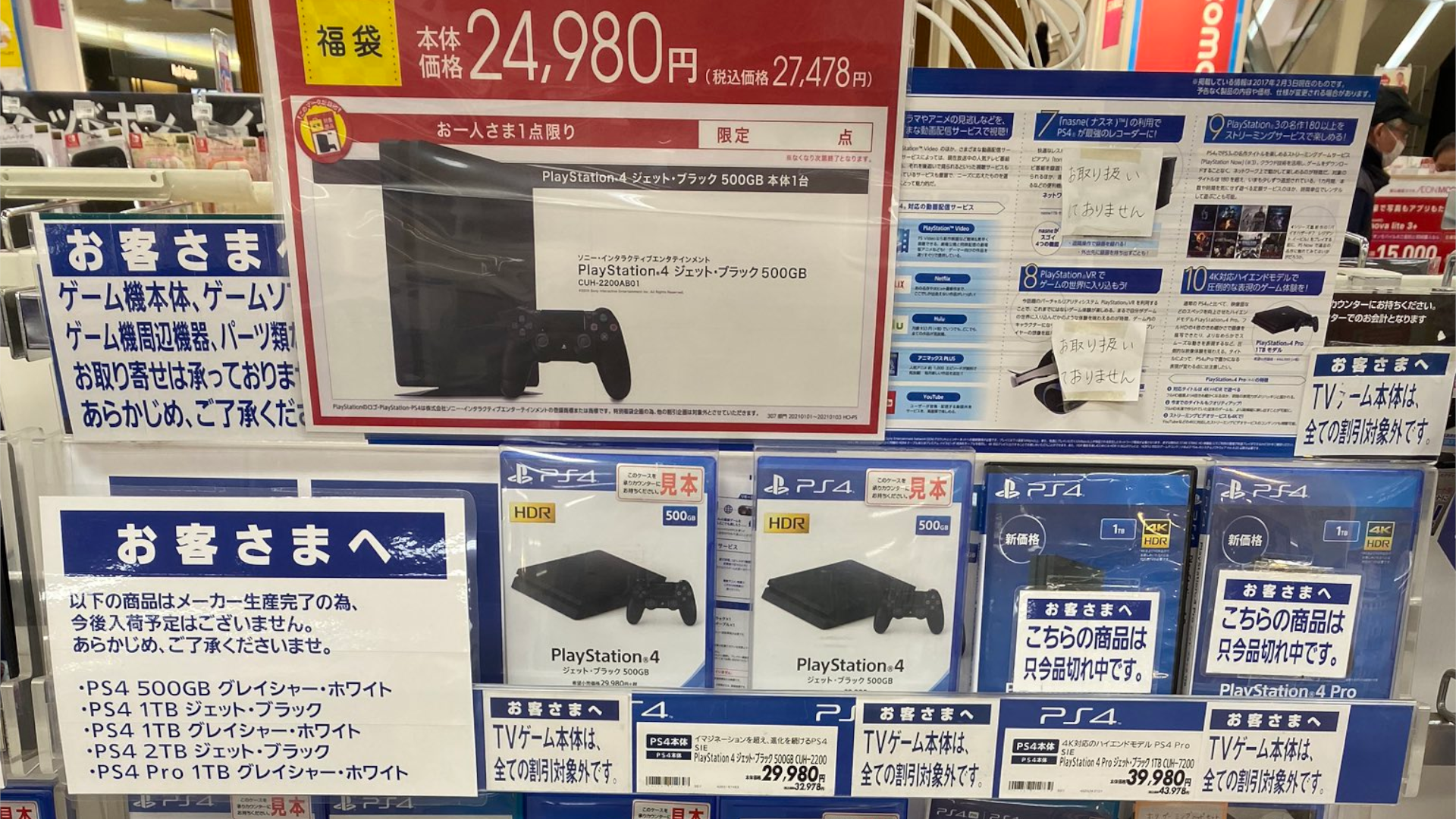 It is not illogical to think that with the arrival of PlayStation 5, Sony began shifting most of its assets to the new console by abandoning its predecessor PS4. According to a Japanese seller, the company may already have it discontinued production of some console models.

If confirmed by Sony, the range of models available for purchase - before the complete block of production - is reduced to two: PS4 Base 500GB and PS4 Slim 500GB, moving potential buyers of PS4 Pro towards a PlayStation 5 Digital Only sold at the same price (400 euros from us) and able to offer not only better performance with the released and upcoming PS4 titles, but also to be able to play the games of the Next-Gen.