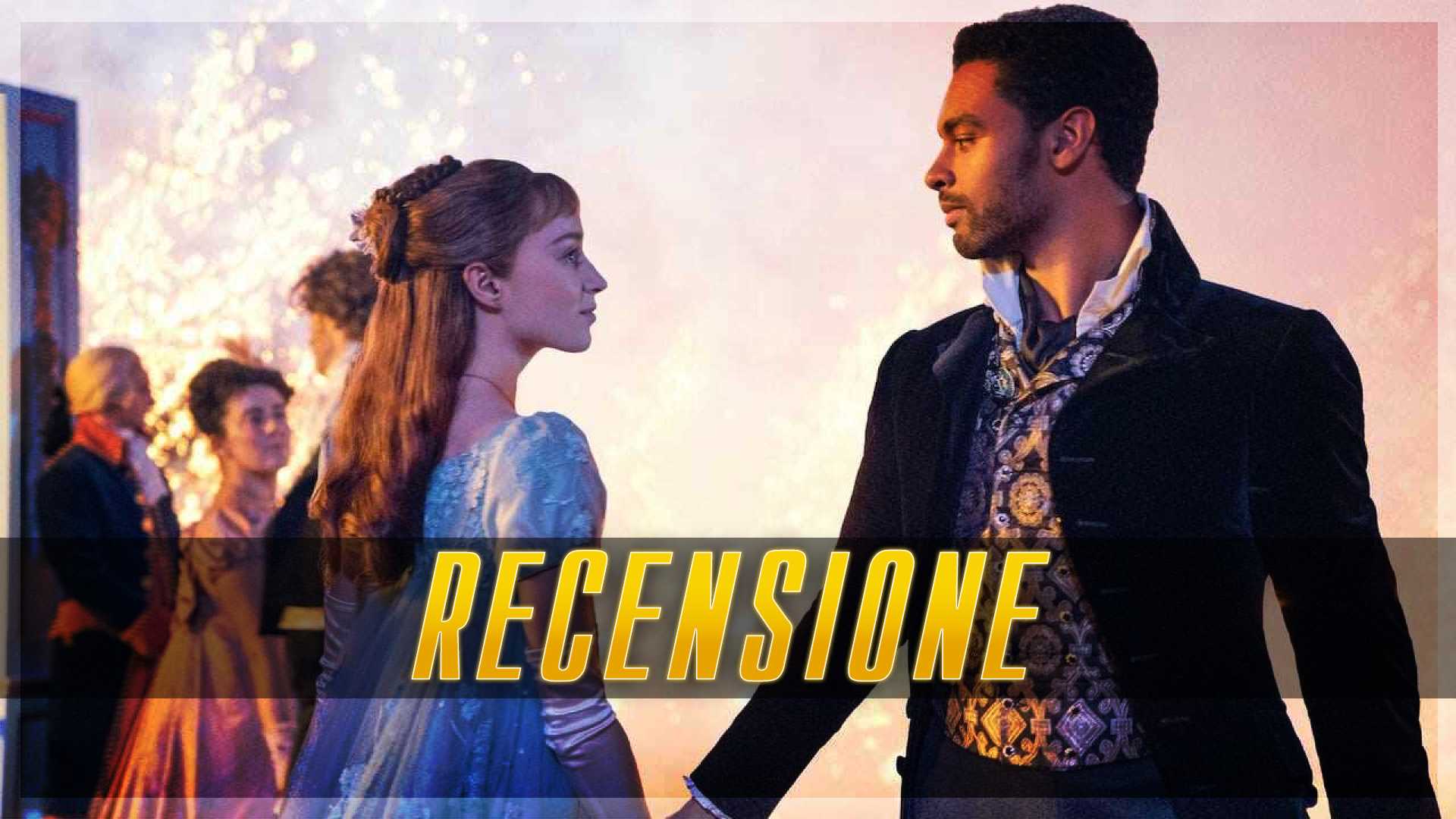 Bridgerton is the new series by Shonda Rhimes, made exclusively for Netflix, coming to our screens on Christmas day. It represents the first of the collaborative titles between the popular producer and the streaming platform: leading the way is a great responsibility for such a product, especially in a period when we all have little social life and a lot of free time to criticize TV series. . It must be said that the authors have decided to play it safe by choosing to adapt Julia Quinn's popular book series that has sold millions of copies. A kind of Gossip Girl from the time of the English Regency, filled with romanticism, nineteenth-century transgression, sumptuous clothes and beautiful actors, absurdly beautiful. We are all capable of creating an enjoyable product, right? Maybe. He was also involved in the project Chris Van Dusen, maybe you will remember him from Grey's Anatomy and Scandal (and yes, I hope you read this with the voice of Troy McClure from The Simpsons). 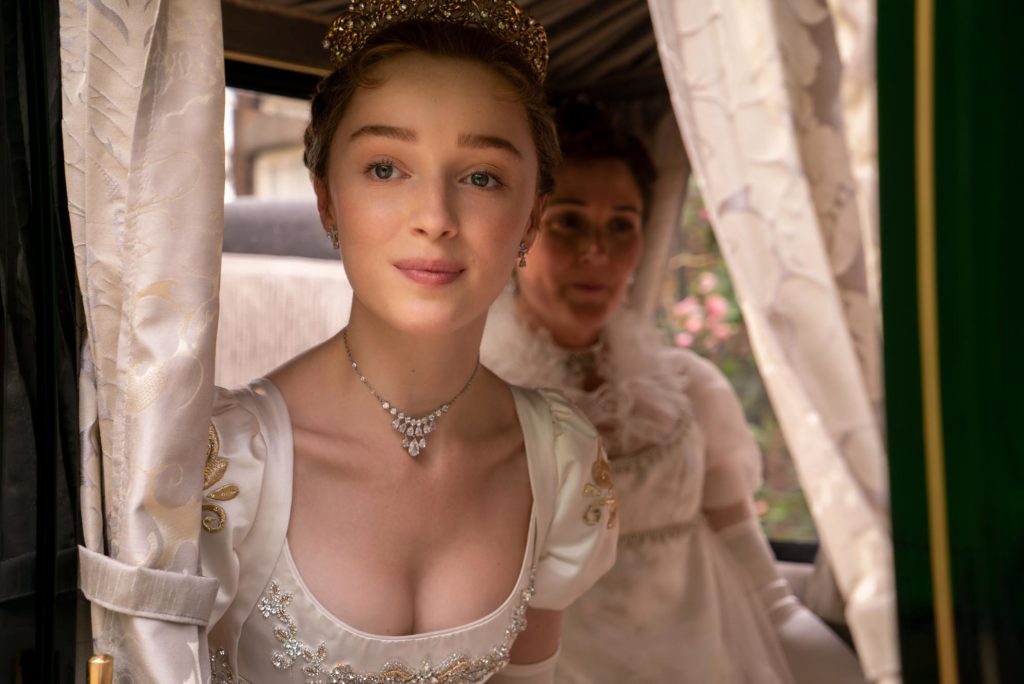 The story is taken from the first of Quinn's books, The Duke and I, which I decided to purchase and read to judge the television adaptation with full knowledge of the facts. And because I'm a compulsive buyer of novels. And also because I was enchanted by the atmosphere of the series, which tends to be addictive: it's the kind of light but nice entertainment that allows binge watching. Everything revolves around the prolific Bridgerton family, made up of a widow and her (well) eight children. There are so many that to remember them they have chosen to give them names in alphabetical order, which in fact is also convenient for the viewer to distinguish them. I realized only after two episodes that I kept confusing the two older brothers.

The protagonist is Daphne bridgerton (Phoebe Dynevor), the eldest of the daughters and therefore the first of marriageable age. The social season of the time was an extreme struggle to grab the best party, able to financially support the wife and maybe even agreeable as a human being. It is therefore a succession of dances and parties in which young women cover themselves with silks and laces and entertain themselves, for heaven's sake only by conversing, with noble suitors who could agree to court them. Her love interest is the Duke of Hastings, Simon Basset (Regé-Jean Page) who absolutely, totally, definitively, just doesn't want to get married, but still has to put up with the worldly events of the time. Because he cannot avoid them, given his noble rank that allows him to live as he pleases, we cannot know, but frequenting the environment brings him closer to the beautiful Daphne. 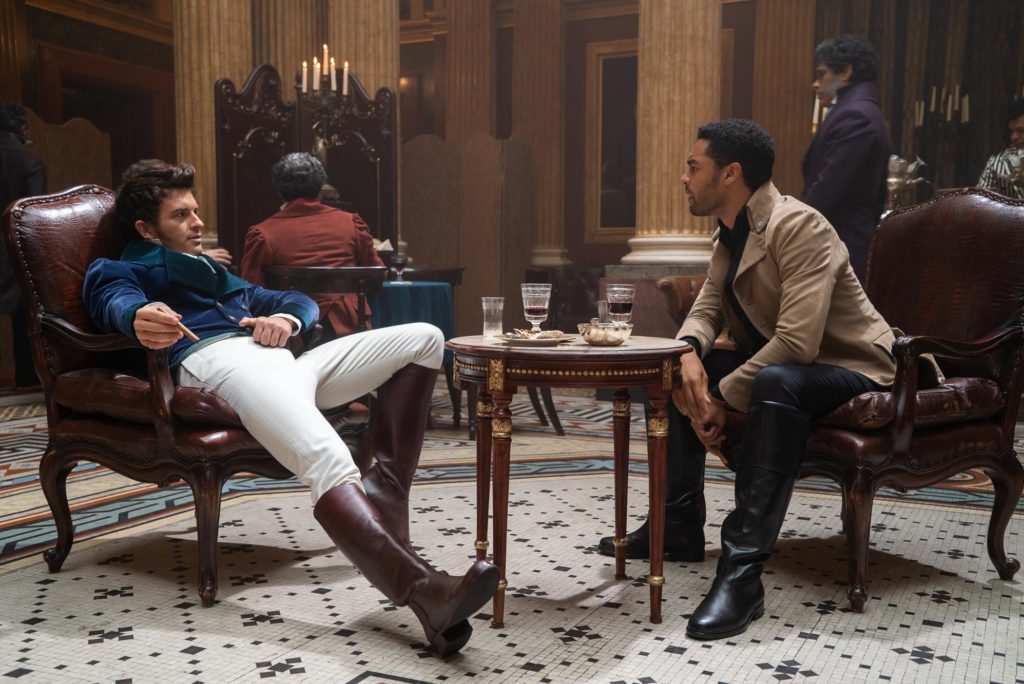 It's the classic romance romance assumption, which could also be intriguing to the viewer. The problem is that I find that the chemistry between the two is equal to that between two stones: it is not enough to write love scenes between two attractive actors to make the sexual tension on screen, and between them I almost completely missed, as well as the feeling. Phoebe Dynevor is a beautiful and noble actress, but I found her love sighs really annoying. They reminded me of Bella Swan from Twilight, which is saying something. Regé-Jean Page defends himself better and at least manages to hit the viewer with some cold eyes, which are well suited to the character. Moreover, despite the fact that the actress is in reality widely of age and in any case at the time the girls were getting married early, the apparent age difference between the two troubled me a little in the most extreme scenes. 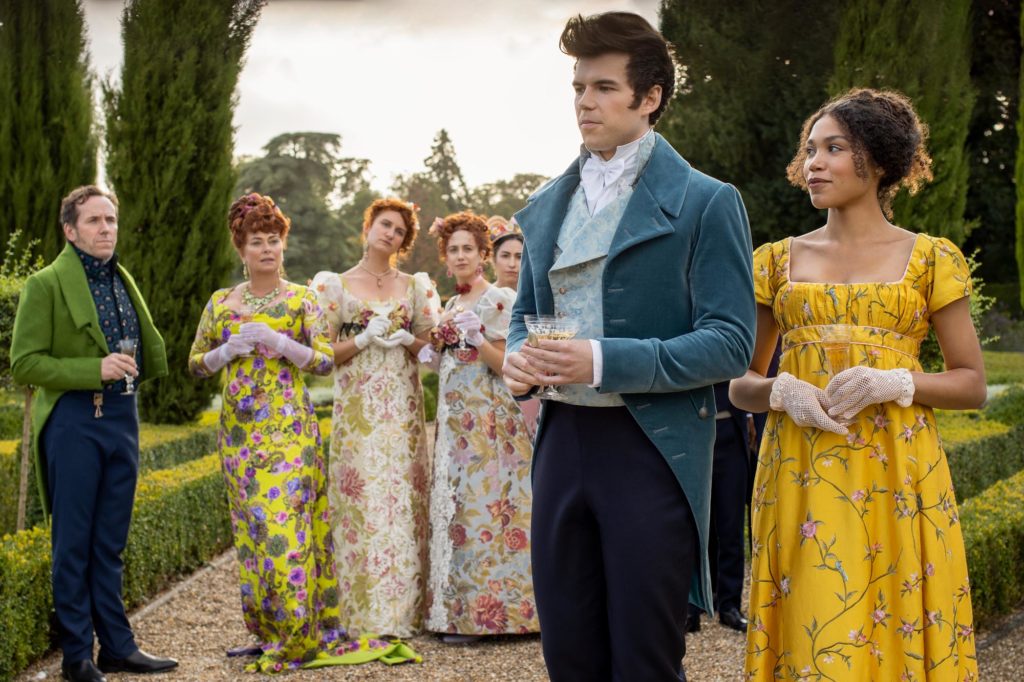 Luckily Bridgerton doesn't just offer the idyllic couple: making the choral story more characterizing the other characters was a great idea. Daphne's brothers, that is Anthony (Jonathan Bailey), Benedict (Luke thompson) is Colin (Luke newton) live a much more interesting life. Being men, and rich, allows them much more freedom and following them in their adventures allows us to observe the other part of the world, much more numerous, made up of parties, clandestine relationships and the daily life of the less affluent population. Other young nobles are also more intriguing, like Eloise Bridgerton (Claudia jessie) is Penelope Featherington (Nicola Coughlan). The two of them have more to say than all the other characters put together and I hope that in a possible second season they will be given more space.

Bridgerton's strong point is Lady whistledown, a mysterious figure who publishes newspapers where he spreads gossip and malice about noble families, shuffling the cards of events. While she sometimes acts too much like deus ex machina, receiving more power to influence characters' actions than common sense would imply, the 800s Gossip Girl is witty and funny. Trying to guess who it is is one of the best entertainment in the series. Plus she is voiced by Julie Andrews, who is always a pleasure to hear.

The outline of everything is a splendid scenography enriched by truly wonderful costumes: Bridgerton is a pleasure for the eyes. There was certainly an important investment in both commitment and budget in trying to create a visually pleasing series that recreated (more or less) faithfully the clothes and hairstyles of the time. The mansions and gardens used to shoot the scenes are also noteworthy. The music, although pleasant, did not remain impressed on me too much. But a waltz is always a waltz, has an implied beauty. 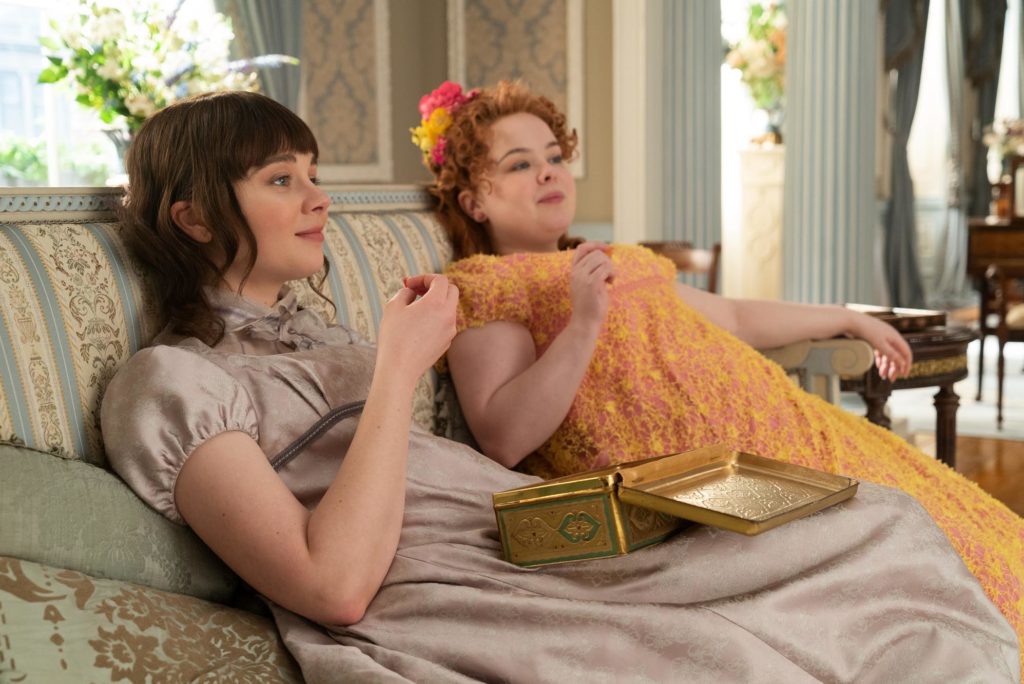 Shonda Rhimes's touch is noticeable, even in the inclusion of several black actors in the cast. I wouldn't even think it necessary to talk about it in the article, as I prefer to judge the acting rather than similar details, but I'm sure it will unleash a crawl space in those who don't deem it "historically accurate". But Bridgerton remains a fairy tale taken from a romance novel, so historical accuracy interests me little or nothing. These few lines are the most I agree to dedicate to the topic. Get over it.

Bridgerton is ultimately a pleasant series, with potential for successive seasons that explore the lives of other characters. Unless Netflix decides to go with the cleaver, as it did with even better products. The series has flaws, including a certain repetitiveness of arguments and dialogues in the central episodes, but in general it flows well and is seen all in one breath. I find it a project worth following, if only for the eye candy it offers. Which in this depressing period doesn't hurt.

The Lord of the Rings, release date and first photo of the Amazon series