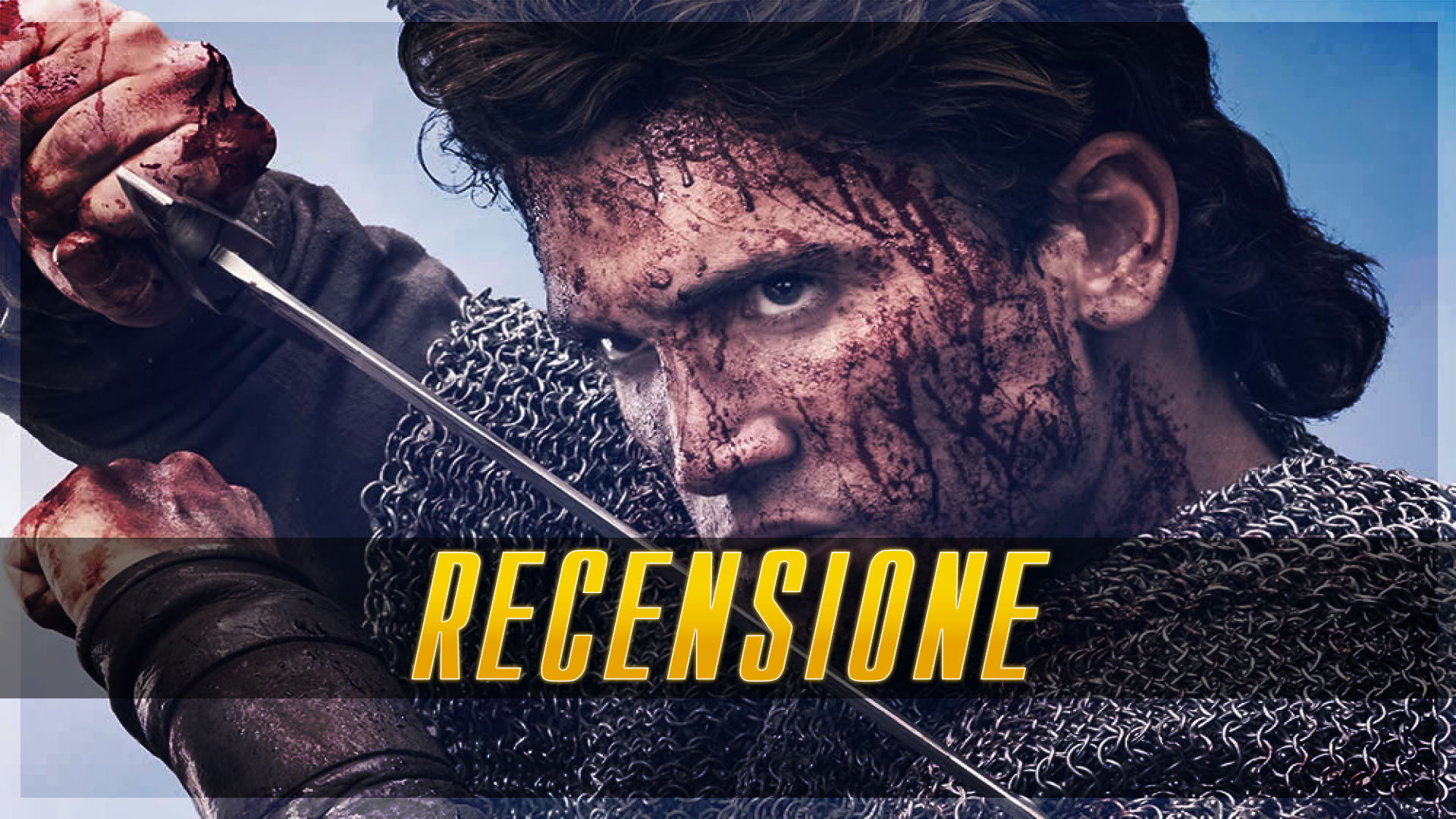 El Cid is a new Spanish series produced and distributed by Amazon Prime, coming to Prime Video on on December 18st. The show tells the fictionalized story of Rodrigo Diaz de Vivar, a well-known Spanish fighter and leader (technically Castilian), an almost mythological figure and consecrated to history with the famous epithet of El Cid Campeador, because in addition to being knighted and count he led very strong. The title character is played by Jaime Lorente López, already famous for his role in The paper house.

The beginning of the series is a bit chaotic, with a flash forward of one of Rodrigo's early battles followed by a flashback in which we see XNUMX-year-old Rodrigo mourning his newly deceased father, before being taken by his grandfather (Juan Fernández) to León, to serve in the court of kings Ferdinando I (José Luis García-Pérez). Grown up we find him alongside Sancho (Francisco Ortiz), eldest son of the king and another with a great desire to lead hands, in particular but not exclusively with the Moors. Rodrigo's life, Ruy for friends, it seems monotonous: workouts, annual baths and rivalry with Orduño (Pablo Álvarez), inept page son of the count of Leon (Carlos Bardem). The other four sons of the king (two males and two females), the queen consort, are also introduced Sancha I (Elia Galera), as well as various friends and "colleagues" of Ruy. The cartload of characters present since the first episode it's just one of the many ways this series tries to resemble Game of Thrones, among others there is also a fairly explicit flirtation on the part of the writers with sexual violence and incest, but that never seems to come to a full conclusion. 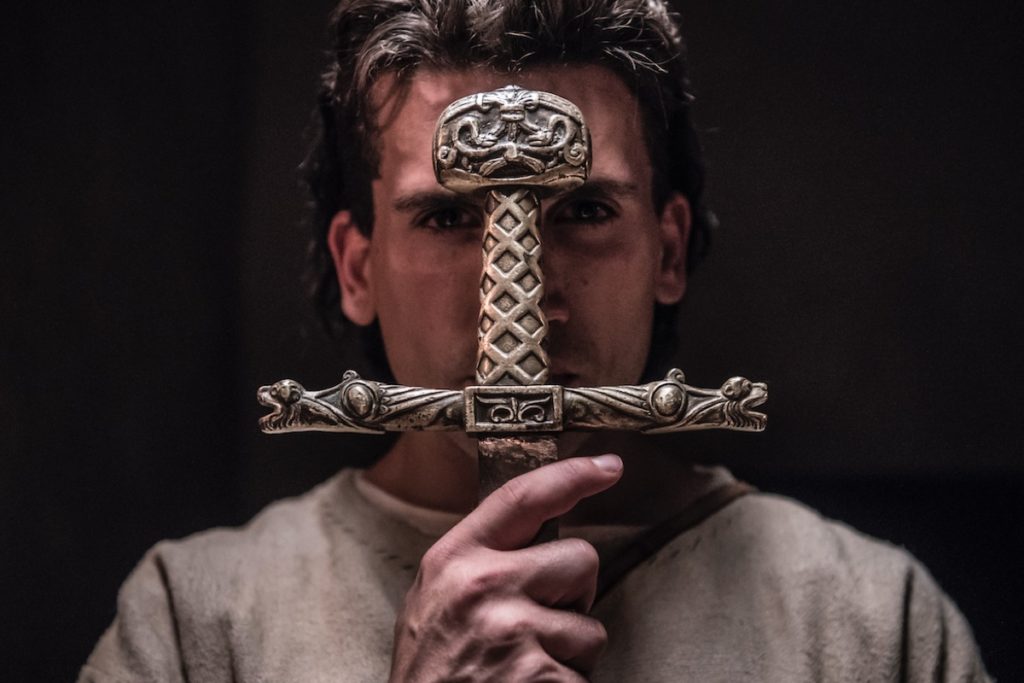 In a short time, Ruy's monotonous life changes when he gets involved in spite of himself in a plot to dethrone Ferdinand. Rordigo is loyal to the king, but hesitates to denounce the conspiracy because his grandfather is also hiding among his ranks, fearing for the life of his relative. Even Ruy's plan to tip the king to warn him without naming names is rightly mocked by the friend to whom he confided it, who points out to him the speed with which the king could. skin it alive to be told who the conspirators are. In the meantime he comes to visit Ramiro, King of Aragon and Ferdinand's half-brother. The two have a love-hate relationship, in the sense that they love to hate each other. After all, Ferdinando has already fought a fratricidal war with his other older brother Garcia, which ended with Garcia's death on the field, coincidentally, at the hands of Rodrigo's father. 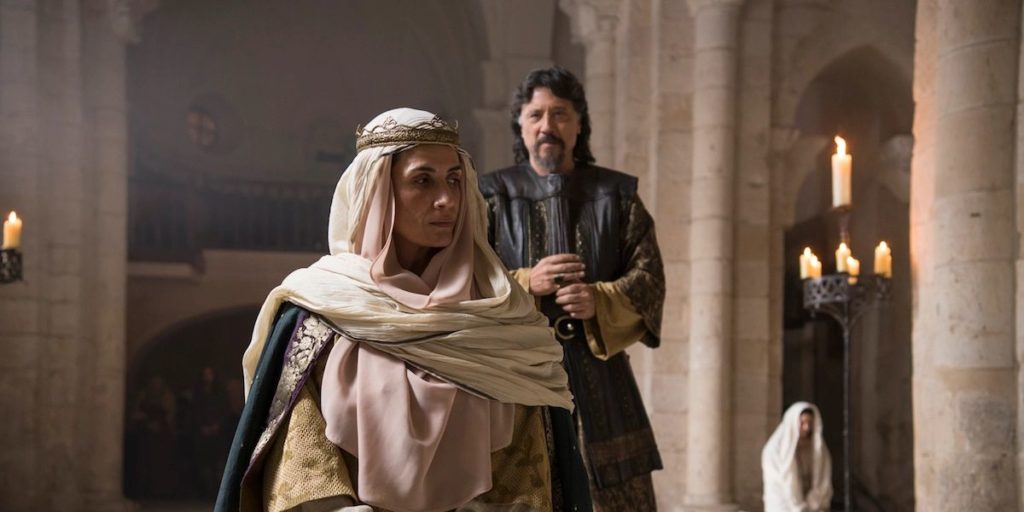 In short, the general perception looking at El Cid is a bit that of study medieval history again in high school, with the various rulers who send their respective subjects to the slaughterhouse to gain pieces of land. The historical context remains charming and it is very tangible in the series, also because it is largely shot in the territories in question. The costumes are also appreciable, and although I am unable to give an opinion on fidelity to the historical context, I must say that they are still convincing and credible, without ever invoking the very unpleasant amateur cosplay sensation (coff TheWitcher coff).

The script has the advantage of refer to territorial and dynastic dynamics really happened, very complex and able to make the shoes of the aforementioned GoT, with the focus that is partially centered on Ruy and the more mythological aspects of his character. For the most part it is a choral work and in which almost all the participants have their own space, even if the respective plots do not always seem to intertwine in a logical or narratively cohesive way, a defect that unfortunately seems to unite various medieval productions. The technical aspects are of a good standard, direction and photography do their job but stand out a little too much on several occasions, and audio mixing in the most excited scenes it could be handled better. Voice acting in some battles also seems not exactly ideal, but I can't say for sure having seen the Spanish-subtitled series in English. 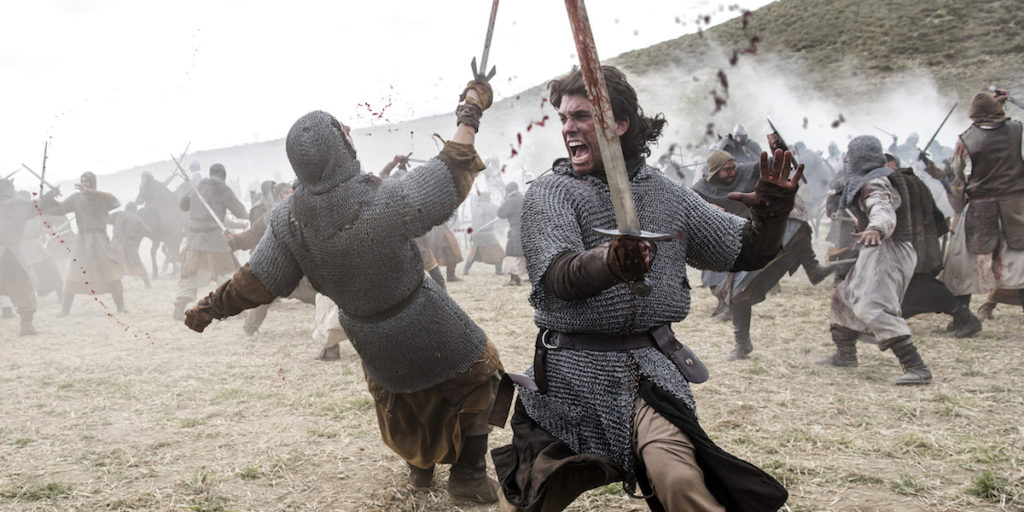 One of the strengths of the series is undoubtedly the quality of the cast, the actors are really convincing, even in the moments that would lend themselves to the cringe they always remain excellent and their performances engaging. And here there is not even Kit Harington to lower the average. Unfortunately it's not all roses and flowers, and the action part of the show turns out instead quite subdued. The choreography is not very inspired, not bad but not exciting either, and the editing clumsily tries to mask the obvious budget constraints. Despite this, the show's main battle has some pleasing highlights, or at least they would be if there wasn't a abuse of slow motion - damn you Snyder - and some unnecessary cgi stunts that end up in take away credibility from the whole.

In short, not as bad as some recent examples - true The Witcher? - but not exciting either. The extras are not few and they are not afraid of rolling in the mud. And while there isn't a very long field to pay for it during battles, it doesn't even feel like watching a live action rpg session recording. 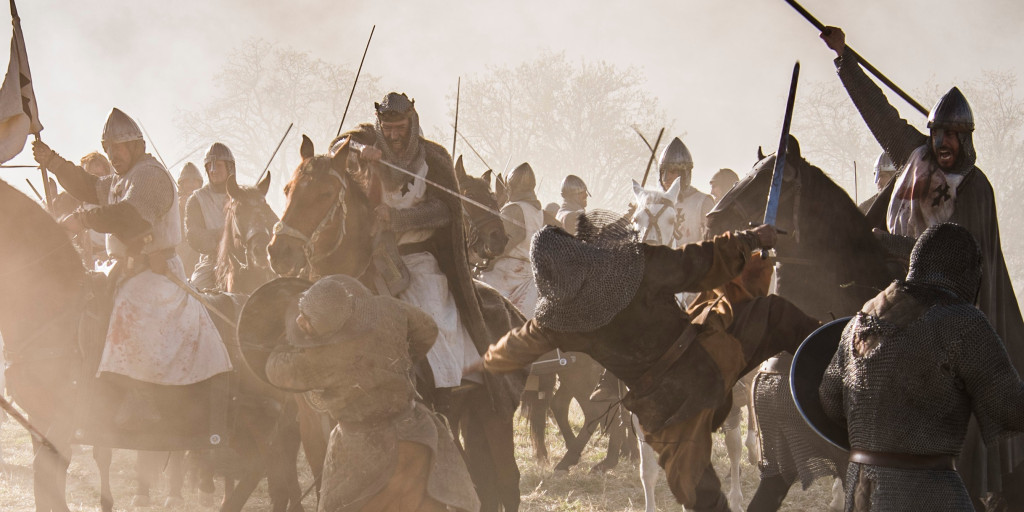 The writing of El Cid it is not evil, takes liberties with the source material but without completely upsetting him, and the dialogues are mostly pleasant. The characters act logically and rationally, instead of moving like crazy pawns on a board whose sole purpose is to kick the plot forward. The first season consists of only 5 episodes lasting about an hour, quite smooth and that do nothing but introduce the skeleton of the series which documents the best years of the Cid. Although Rodrigo has already earned the nickname "campeador", from the Latin campi doctor: professor of slapping on the face. After all an enjoyable incipit e a valid alternative to the typical fantasy of American or English-speaking productions, having a acting of the highest profile e possible interesting ideas for the future.

Red Dead Redemption 2 will occupy 105GB on the hard drive