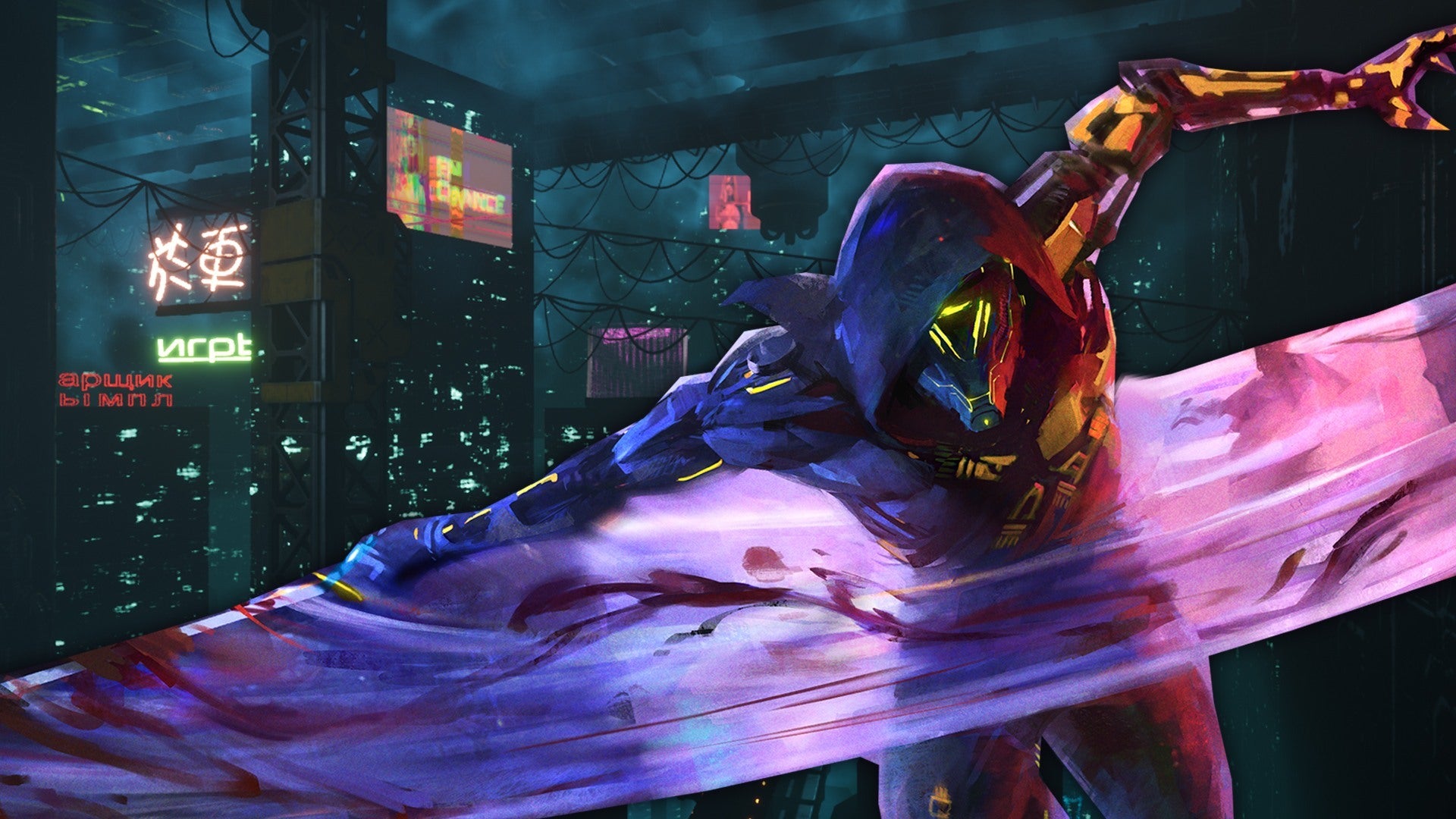 These days I was given the opportunity to try Ghost runner su Nintendo Switch, thanks to a code kindly provided by the publisher. We had already spoken extensively about the game at the following link, with an in-depth review that often points out the difficulty of the game. After reading it I therefore approached the game with a certain fear, almost reverential. I've always loved this type of action genre: one hit equals death, instant reload and off to try the level again. I mean, Hotline Miami or Katana Zero stuff, for example. They are those titles that push you as much as possible to stay calm in order to think about the situation and study it in a way, so as to understand how to succeed, and then end up in exactly the opposite way, repeating the exact same mistake over and over again, recharging furiously hoping that something changes until, finally, the brain ignites. It is at that moment that the game is paused, you get up in order to get a little distracted and then resume, more calmly. There, in that moment, most of the times the miracle happens and after a few attempts you can go on. Otherwise you go back to the previous phase and get even more angry, up to the rage quit. 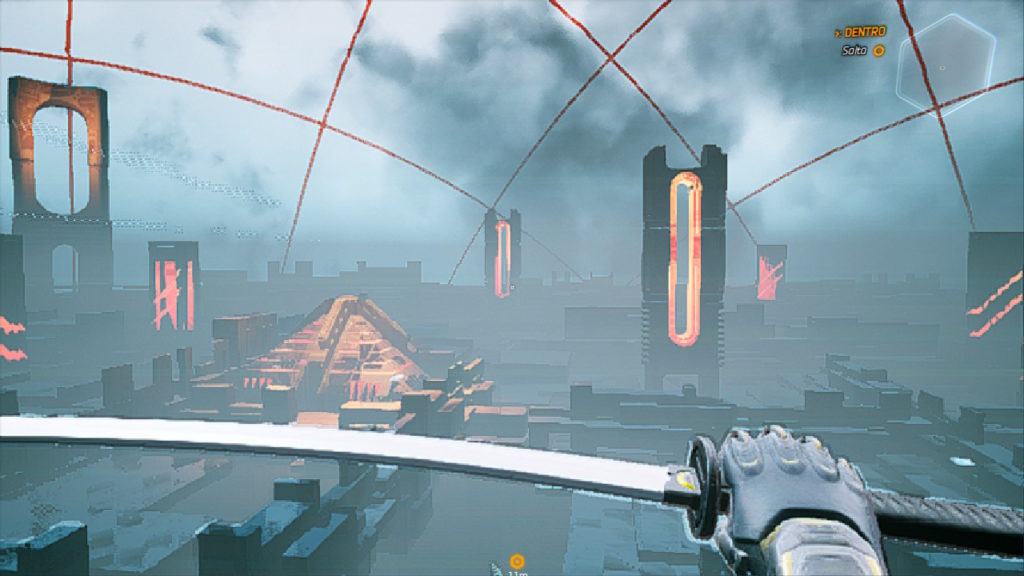 Ghostrunner perfectly embodies this spirit within its gameplay. The super cyborg ninja with the power-ups in the shape of tetromino is engaged in a terrible climb, in search of truth, and on his way he finds obstacles to overcome either with super precise jumps or with katana shots, to be performed with perfect timing , under penalty of death. The game is fast, it requires well-trained reflexes and a lot of patience to be dominated. Every action, every jump or blow of the sword must be well linked and reasoned, since we are never left a moment of breath. And hell if it's hard, even more so on Switch! Playing Ghostrunner on the Nintendo console means raising the bar of difficulty, as if to set the “hurt me” mode. As already mentioned, great precision is always required which, unfortunately, on the portable console in question I do not say that it is missing, but it is much, much more difficult to master. I am rather in fact, frame rate drops are frequent, which falls very easily from the declared 30 above, as often happens in the ports for this console, in the most excited phases. This leads inexorably to making mistakes often and increasing frustration. 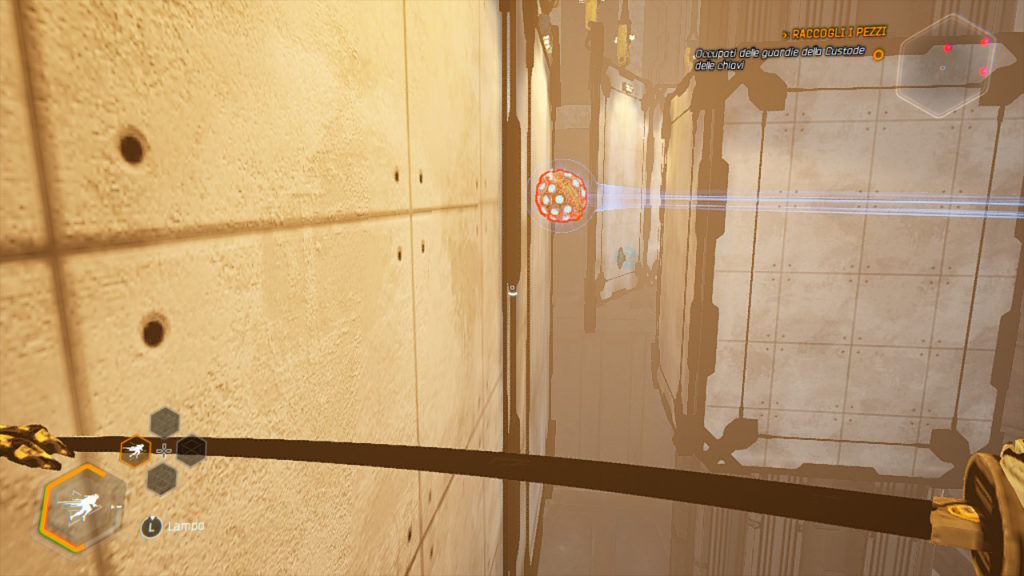 To this we also add that the control system is not exactly the best. The aim is totally devoid of fluidity and it all too often happens to throw swords at random when approaching an enemy, hoping to hit him before he hits us. At each death I did nothing but think of a mouse, a beautiful mouse with which to move this damned view… so I bought it on PC, just to make a comparison. Sections that I had failed on Switch dozens of times ran fast and without too many problems. I also went further on PC in order to get it back on the Switch and I found myself, again, dying from stupid failed jumps or gun shots inflicted by enemies, easily avoidable if I had the opportunity to move more precisely. If played on TV, with a Pad Pro, all this slightly fades but the situation, unfortunately, does not change radically. Leaving aside the technical side, which rightly compromises to run Ghostrunner on the small Nintendo console, I really hope that there is some kind of correction to the aiming system, in order to make a title that, in my opinion, is worth playing, enjoyable. Maybe not with a pad in hand, but if you really have no other means, go for it. You will suffer and swear a lot, I warn you.

Politics and video games. The Six Days in Fallujah controversy