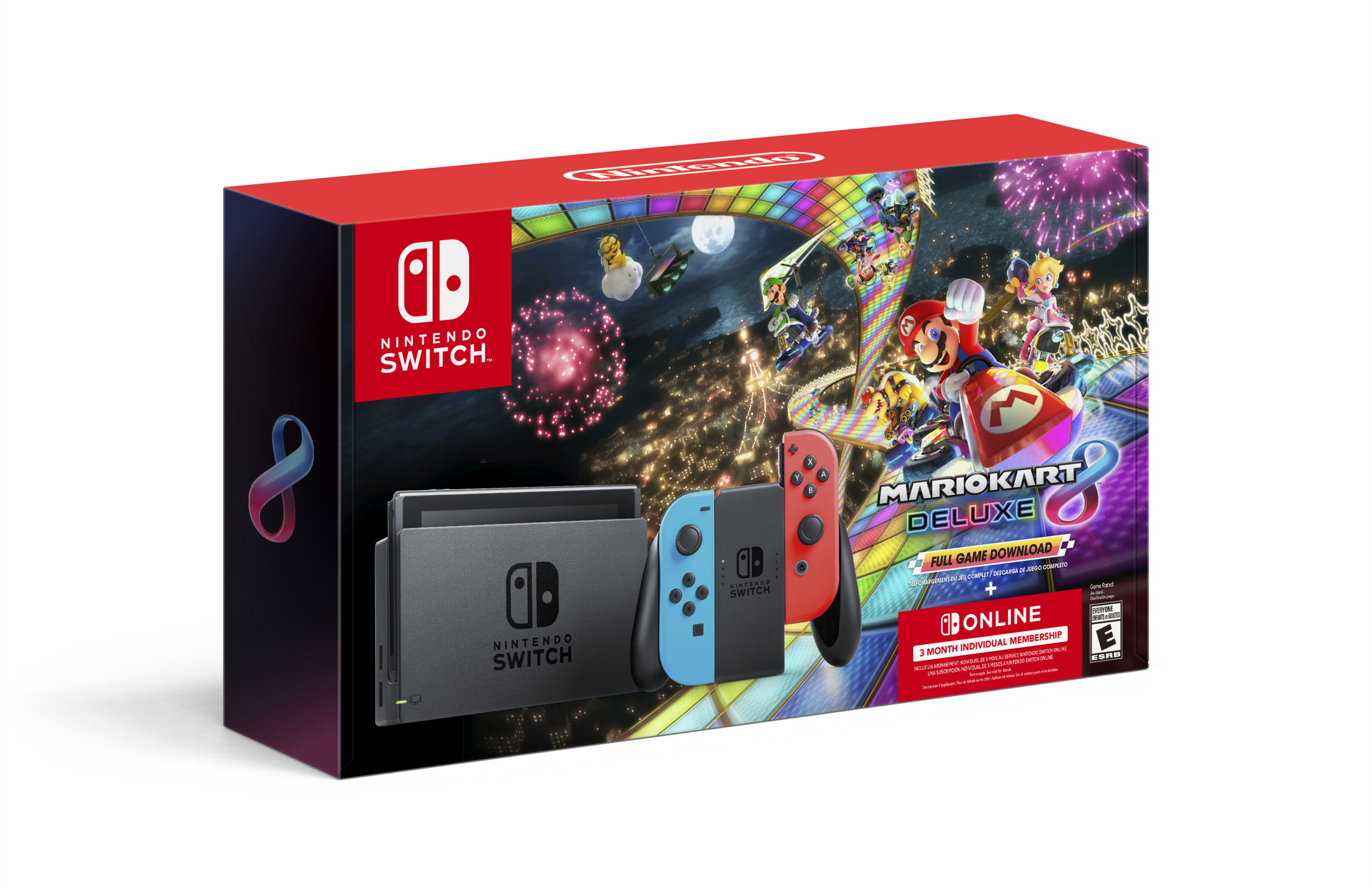 "Nintendo Switch and Nintendo Switch Lite continue to provide one-of-a-kind gaming experiences on the TV or on the go, allowing holiday shoppers the choice of a video game system that matches their lifestyle," said Nintendo of America President Doug Bowser . "Seeing encouraging sales growth like this in the fourth October of Nintendo Switch proves to us that the system has many more years and great games yet to come."

On Black Friday, Nintendo is bundling a Nintendo Switch system with a download code for the digital version of the Mario Kart 8 Deluxe game along with a three-month individual membership to Nintendo Switch Online - the service that lets friends and families play compatible games together online - all in one package. The bundle will be available starting on Nov. 22 at a suggested retail price of $ 299.99.

About Nintendo: The worldwide pioneer in the creation of interactive entertainment, Nintendo Co., Ltd., of Kyoto, Japan, hardware and software markets and software for its Nintendo Switch™ system and the Nintendo 3DS™ family of portable systems. Since 1983, when it launched the Nintendo Entertainment System™, Nintendo has sold more than 5 billion video games and more than 779 million hardware units globally, including Nintendo Switch and the Nintendo 3DS family of systems, as well as the Game Boy™, Game Boy Advance, Nintendo DS™ family of systems, Super NES™, Nintendo 64™, Nintendo GameCube™, Wii™ and Wii U™ systems. It has also created industry icons that have become well-known, such as Mario, Donkey Kong, Metroid, Zelda and Pokémon. A wholly owned subsidiary, Nintendo of America Inc., based in Redmond, Wash., Serves as headquarters for Nintendo's operations in the Americas. For more information about Nintendo, please visit the company's website at https://www.nintendo.com/.

Event Tickets Market | Use of Mobile Apps for Booking Tickets ...

Summary: Panasonic explains the future of mobility, entertainment at CES 2020 ...