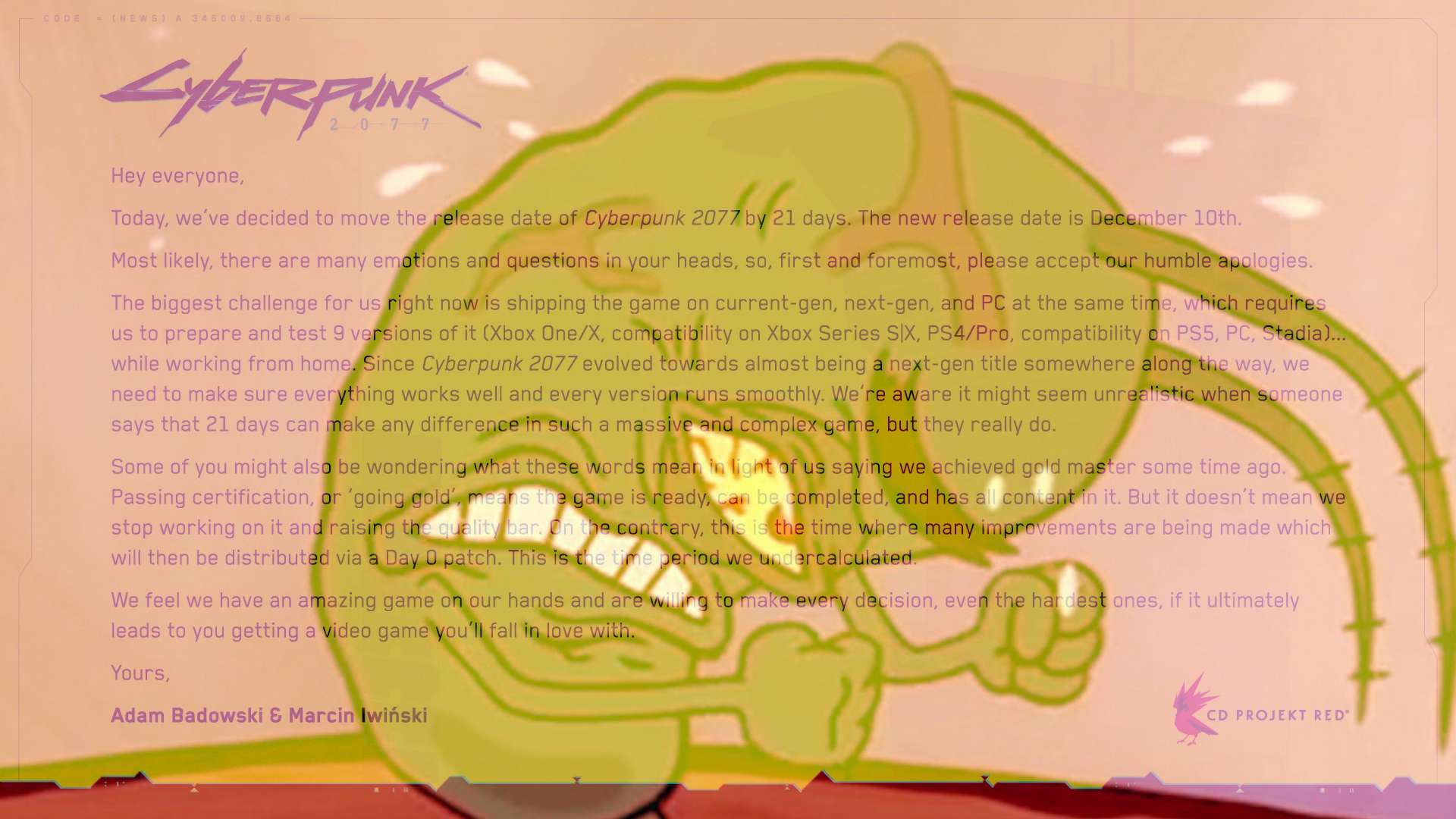 It is now the news of the week. The postponement of Cyberpunk 2077 by CD Projekt Red generated a mixed response from gamers.

We have important news to share with you pic.twitter.com/qZUaD6IwmM

And if a few hours ago we told you about the most unhappy and extremist reactions of the so-called hardcore gamers, the time has come to share with you the ironic side of the story: memes.

This singular wave it started thanks to none other than the developer's twitter account Arc System Works (Guilty Gear), with a tweet that makes fun of the format of the updates on a yellow background by CD Projekt.

What was offensive about this exactly? pic.twitter.com/Eo9iXzUu1x

And although the original tweet was deleted after some protests from fans, we know: the internet doesn't forget. A few hours later, too Overkill (Payday 2) wanted to contribute to the teasing, officially starting the lynching:

And if we wanted to talk about ours Italian memic landscape, we can only turn to pages like IlCirox, Memini depressed but pretend is… Gerry Scotty.

Obviously, these memes are nothing more than gods college students and they do not intend in any way to detract from the work and passion of the development team. Sure, maybe next time we try to do not deny the possibility of further postponements before announcing one.

Would anyone notice if we delete this real quick? ☹️

Ninja criticizes parents who are detoxifying their children from ...

Need for Speed ​​Heat is the first EA title to support ...