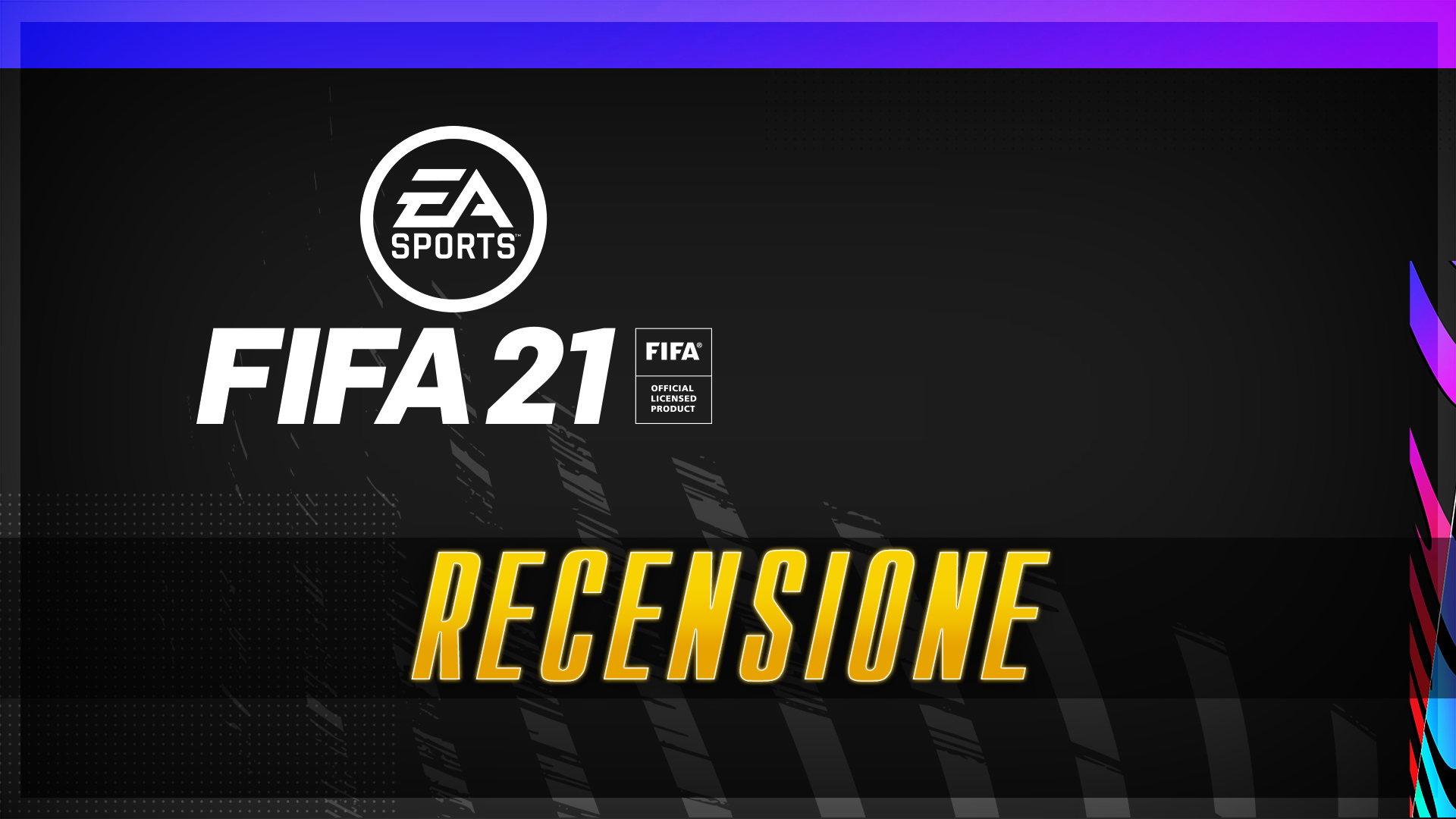 Premise: whoever writes to you is, like it or not, a regular FIFA player for 7 years now. Every year I promise not to get my hands on this sports title anymore, swearing on the destroyed joysticks and on my psychophysical state. On time, every year I crash again. There is no way. For FIFA 21 and FIFA 20, however, I am justified: I have to do the review for the site. Finally I have at least a more or less dignified excuse to tell me to poison my soul, once again. "Poison the soul, even ?!". Sure, my friend. I wanted to make this premise just to make it clear to all those who play FIFA that I also play it. And do you know what is the best way to make it clear that you play FIFA? Admitting that this is not a game, but the greatest source of frustration in the world. Precisely for this reason the question with which I will open and close the review will be: "FIFA 21 coins did you manage to be less frustrating? ”. 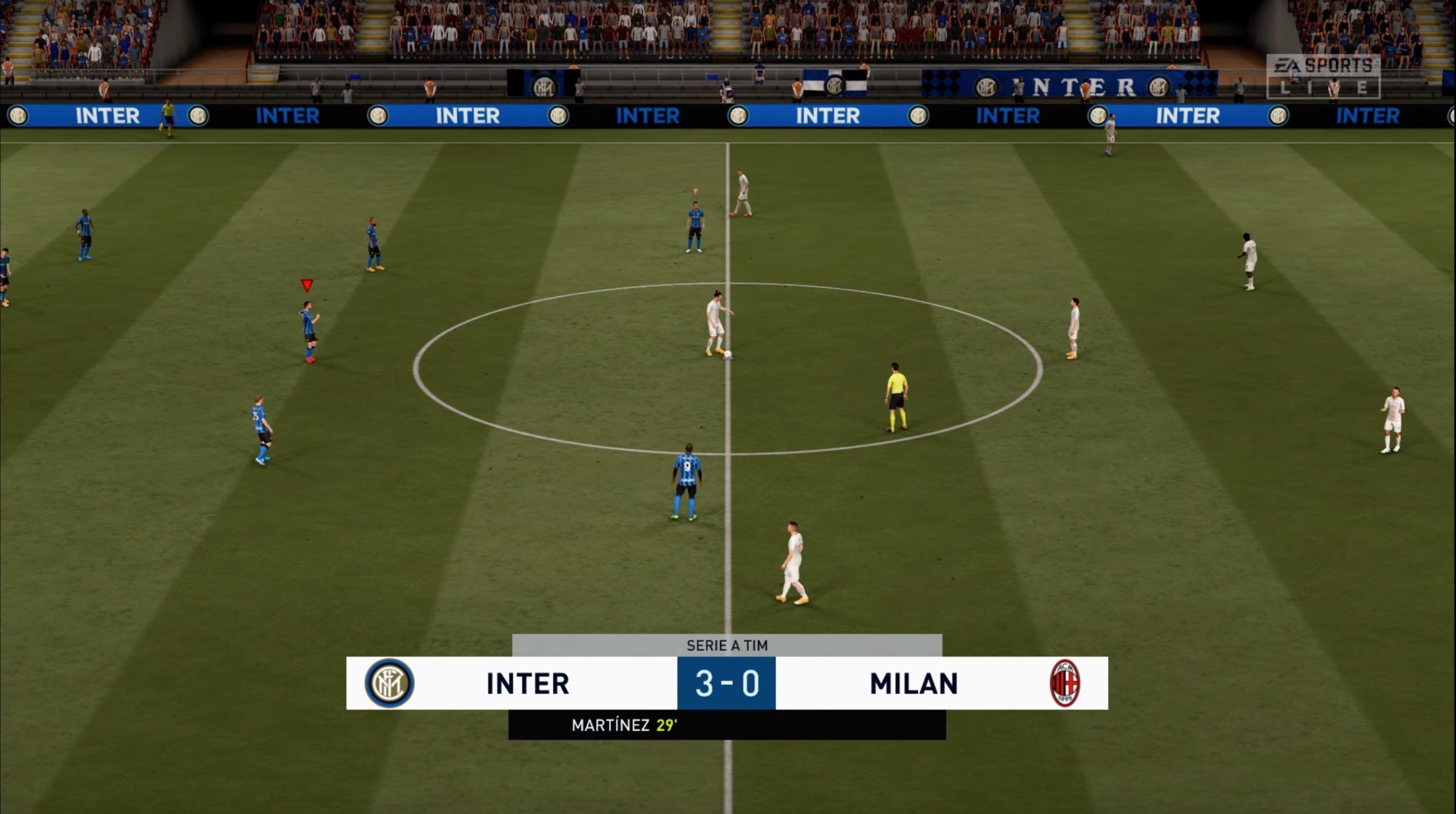 Let's start with the main aspect of FIFA 21 and, in general, of any game, especially if simulative: the gameplay. Fortunately, there are some changes. Among all, the ones that make the most substantial changes to the game are: manual headers, the directional give and go, the possibility to manually choose whether to take advantage of an advantage, the new collision system. Let's proceed in order.
Manual headers: As per description, attack headers are no longer automatically directed. In addition to making everything more realistic, this change fixes the head shots that, precisely because of the automatic addressing, in the previous chapters are really difficult to angle (so much so that it is better to shoot aiming at the center of the goal, hoping for the right turn).

The directional give and go is, of course, the dynamic that can potentially introduce greater tactical and strategic implications in a FIFA 21 match. Simply put, after a normal pass, you can control the sender of the pass with the analog stick and direct its run to try to close a triangle. A give and go where the player doesn't just go straight but where you decide. Earlier I wrote "potentially" because as a dynamic it is not very easy to master, since at least at the beginning it creates more empty spaces than anything else. Finally being able to choose whether or not to take advantage of an advantage is a choice of civility and respect for fundamental human rights. Now, by pressing L2 + R2 after a foul, we can finally decide whether to stop the game or not. Bye bye referee who does as he pleases.

Finally, let's talk about the new collision system. Sold as one of the great news in this FIFA 21, this new "physics" is appreciable on the one hand, useless on the other. It is appreciable because it certainly makes everything more realistic: the players are aware of a movement called "jumping" and no longer fall as perecotte without legs (especially in the most agitated situations such as those in the penalty area); during shoulder-to-shoulder races, it is no longer enough to press O with the defender to sderenare the winger and remove the ball easily. Unless the defender is extremely quicker than the attacker, it will almost always be necessary to make a precise tackle (with the risk of making a mistake and staying unbalanced) in order to take the ball off the opponent.

Stop, before you sing victory. As I said, the new "collisions" are in any case useless, since they make us go from one extreme to another. Before we fell like leaves, now we are faced with immovable demigods which greatly penalize the contrasts scored. So here we are faced with dozens of rebounds at the limits of physics, as well as contrasts correctly scored, however, are ineffective, with the ball that remains glued to the feet of the opponent attacker. Seeing is believing.

Apart from the "beautiful" things, however, the same old problems continue to remain even on FIFA 21. OP shots, tiles from which you are already sure to score, goalkeeper who in exits para from hand outside the area, non-existent red cards, falsified recovery times... all dynamics to which a new, very nice feature is added: the defenders now throw themselves towards the ball thrown by the attacker. Get ready to witness dozens of your shots, especially those from outside the area, literally parried by the defender on duty. 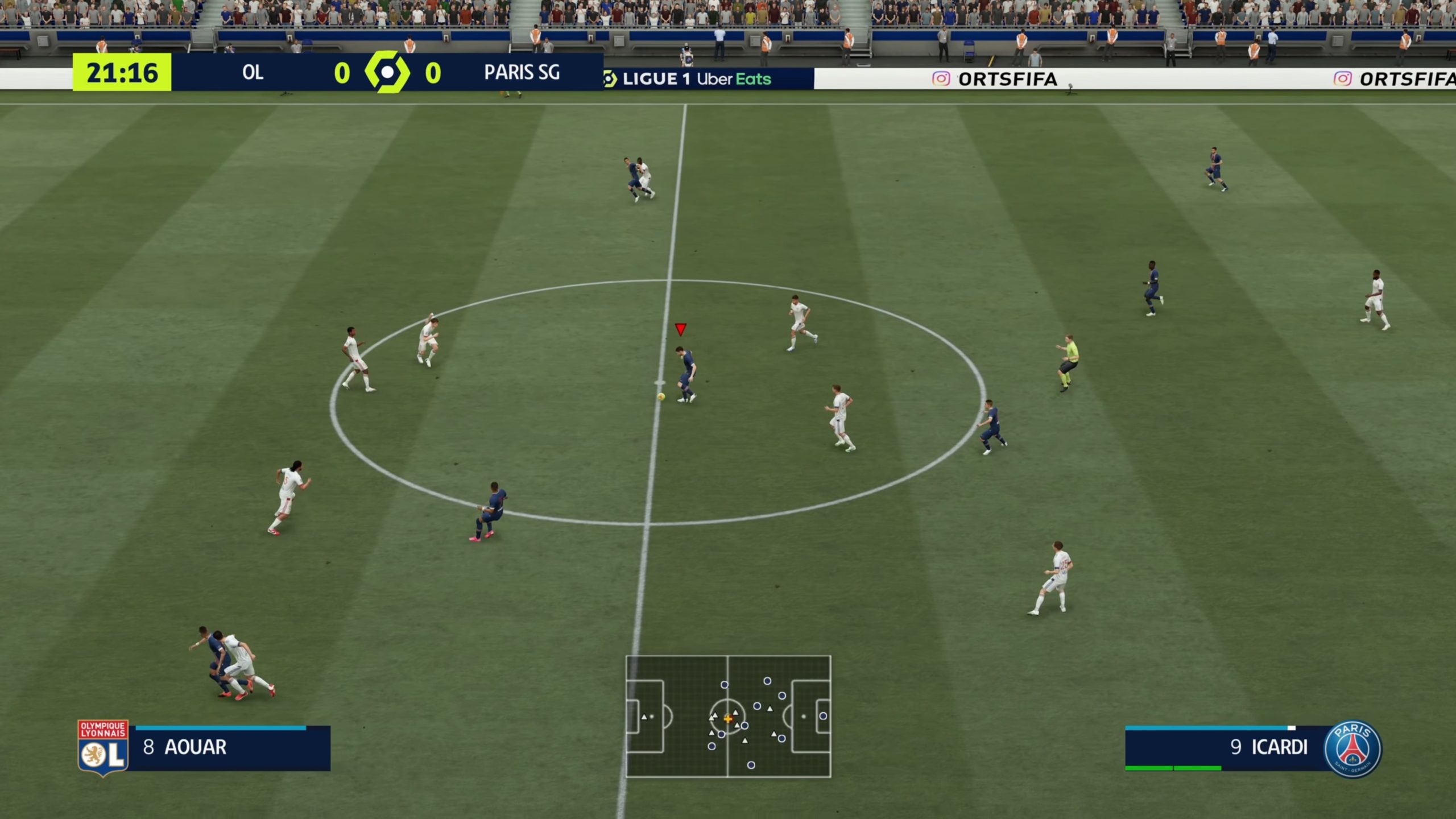 I couldn't help but dedicate a paragraph to the way that allows FIFA to dominate the fight with PES and, let's not deny it, to tear our souls. Let's go back to the initial question: “Did FIFA 21 succeed in the feat of being less frustrating? Here, let's say that with FUT he tries, with some small but decisive precautions: when you suffer a goal, we decide whether to see it again or not, taking away the possibility of the opponent to see us again seventy times his motherfucking goal of shit. Furthermore, the exultation that silences the neighbor is no longer possible, greatly decreasing the frustration given by bad elements that went around the field for twenty minutes. The loading times and, in general, all the dead times have decreased a lot, such as those before a corner kick or a goal kick, making everything much more fluid and less nerve-wracking. A note of merit then goes to the possibility of changing your stadium with choirs, colors and more. The customization in FIFA 21 has improved slightly and, while initially considering it a useless thing, in the end it is not so bad. Last, but not least, the physical form is completely absent, avoiding us wasting time and credits looking for consumables.

FIFA 21 therefore continues to remain essentially pay-to-win: find yourself three days after leaving the game with opponents who have Mbappe, Varane, Ronaldo and various legends, remains a frustrating and genuinely unacceptable dynamic. It would not take long to review the in-game transaction system: not necessarily eliminating them but, for example, simply limiting them to "n packages" per week. But we know that profit comes before anything else. 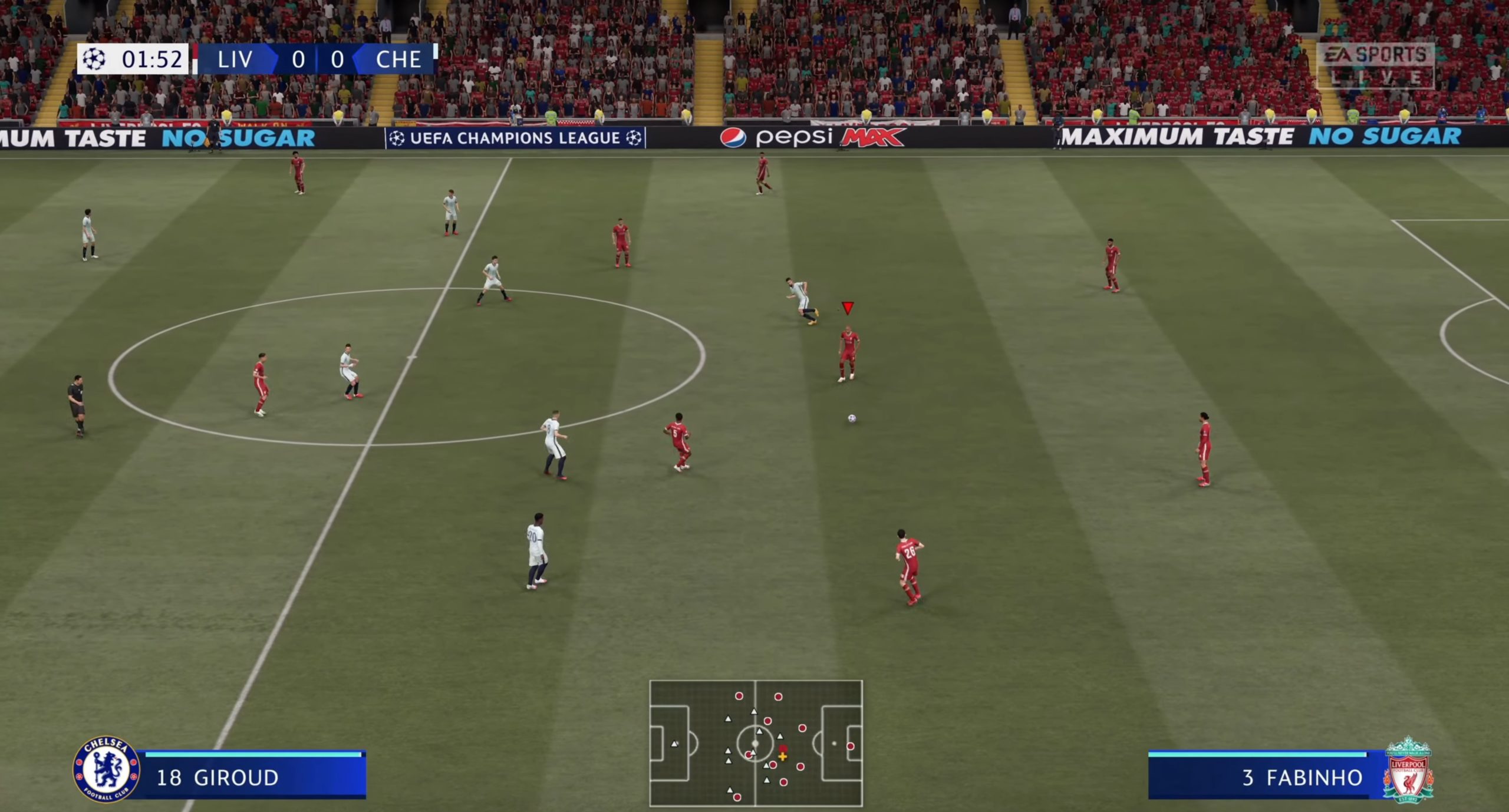 If as far as the "flab" of the improvements are concerned, on FIFA 21 the outline has been completely neglected. The graphics sector remained the same, with the aggravating circumstance that some players, even after years, continue to be unrecognizable. The commentary, needless to say, is ALWAYS THE SAME, IDENTICAL to that of previous years. What the hell does it take to record 10 different sentences? The soundtrack, and my heart really cries to say it, is absolutely insufficient. I regret the times of Gorillaz, Nine Inch Nails, Linkin Park. For the record, there were some small precautions: the grass that moves with the slips, the sweat that increases over the minutes, the water that rises when you step on the wet grass ...novelties so invisible as to be insignificant.

FIFA 21 coins does it succeed in being less frustrating? The answer to the initial question is a narrow "yes". However, this is not enough to fully promote the game. On the other hand, no one expected anything from this FIFA: this videogame generation is at the end and it would be strange the opposite, or to see who knows what revolutionary changes. The problem, in fact, is not so much the work of this FIFA 21, which discreetly plays its role as a transitional title (or "de passo", to quote someone), but the work done with all the previous chapters. Putting the patches now would have been useless and, anyway, don't think it will be done for next-gen versions. Not this year. The fight between PES and FIFA, the new frontier of simulated football will be next year's business, or at least when both titles are developed EXCLUSIVELY for the next-gen. There a new chapter will really open, which FIFA will have to face by seriously asking the question "how much income can you live?".

Overwatch 2, Blizzard does not have any immediate balances planned for the roster of heroes