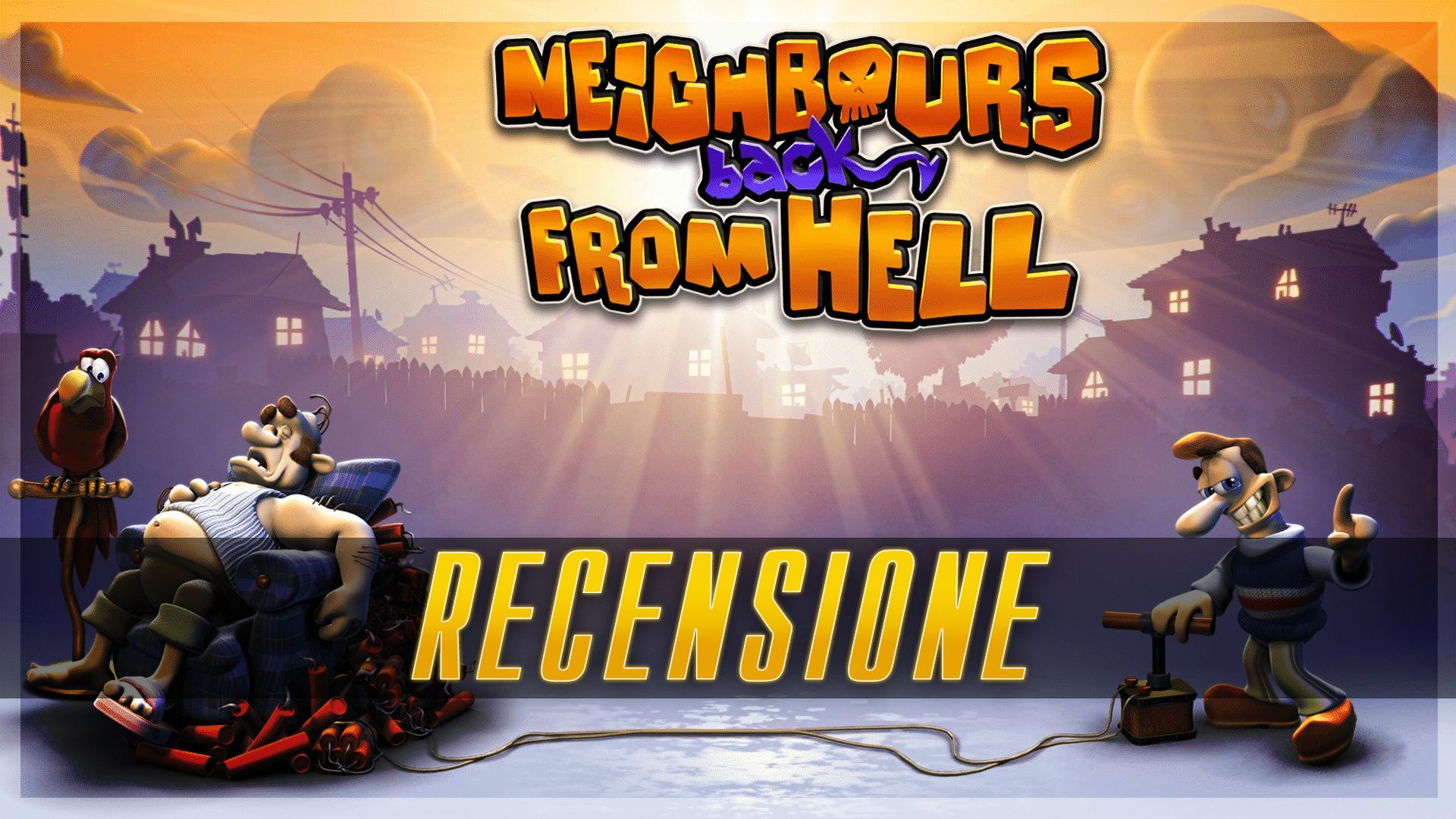 In the videogame context, the comedy genre is certainly one of the less widespread ones. Not only because the comic inspiration is unfortunately still strongly underestimated but also, and perhaps above all, because it hides a degree of complexity that is very difficult to master and make captivating. Being able to create a comic context that can communicate transversally to the public and at the same time last over time is almost impossible. Neighbors Back From Hell faces (goes) the challenge with the slapstick sub-genre, thus relying on gags focused on physicality and immediacy without having to resort to any kind of language. The cut was - and is - then with heavy and grotesque shades, both as regards the artistic character and the content. Unfortunately, picking up such a title today, even if polished, is quite bleak.

The opening words of Neighbors Back From Hell are quite elementary. Harassed by the constant harassment of his neighbors, the Rottweiler family, our protagonist Woody decides to take revenge in a big way, by contacting a television studio and putting on a show against Mr. Rottweiller, trying to make his life impossible through a series of jokes. increasingly cruel, all in front of the watchful eye of the cameras. Basically it is a stealth puzzle game in which it is necessary to infiltrate the house of our objective and sneak from room to room avoiding being caught in fragrant while, interacting with objects and game elements, we develop our diabolical jokes. The game is divided into five seasons, for a total of 25 levels different to face, of increasing difficulty and with dozens of pitfalls to work out to destroy the existence of our neighbor. Unlike the 2013 title, however, it will not be necessary to weaken the spirit of Rottweiller by bombarding him with jokes and bring his patience beyond the boiling point to pass the level but it will be enough to complete the minimum number required from the current picture. 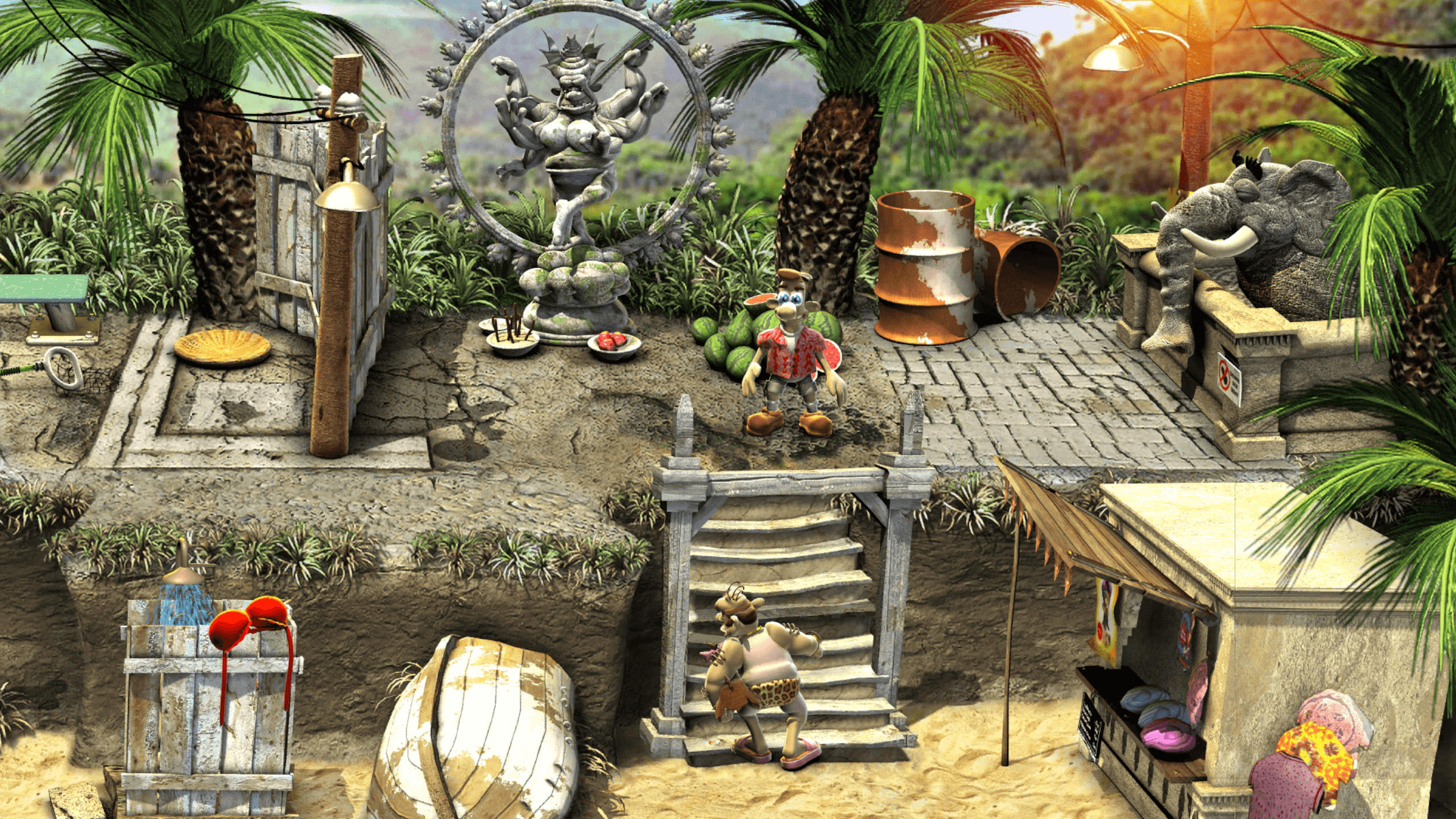 This solution significantly lowers the degree of challenge, making it unnecessary to study the enemy's movement patterns to create a destructive path of "traps" to get a higher score and build up the Rottweiler's anger (constantly visible via an indicator on the left of the screen) and just focus on the new Medal system that rewards us for every single hit inflicted on the opponent. The game therefore runs fairly flat and although a good number of situations can be created and the game presents a large array of objects and situations with which to interface, after a few minutes it is easy to notice a strong sense of repetitiveness. Several jokes remain available during each set of levels moreover and therefore, if something escapes the player, just repeat a couple of already tested ones to continue without too many hitches and without squeezing your brains, and this takes away the only real strength of the production in terms of playability, unfortunately. As the adventure progresses, new panoramas are discovered beyond Rottweiller's house and the despotic mother enters as a further disturbing element. This actually offers some freshness and breaks the pace favorably, but isn't intriguing enough to keep the player's attention high. But Neighbors Back From Hell's problem is probably fondo, the flavor is that of a game of seventeen years ago that cannot escape the weight of time, and which in the name of accessibility also sacrifices its strengths. Elementary puzzles and banal stealth couplings, stained by a very low level of challenge, make up a pale and bite-free play structure. 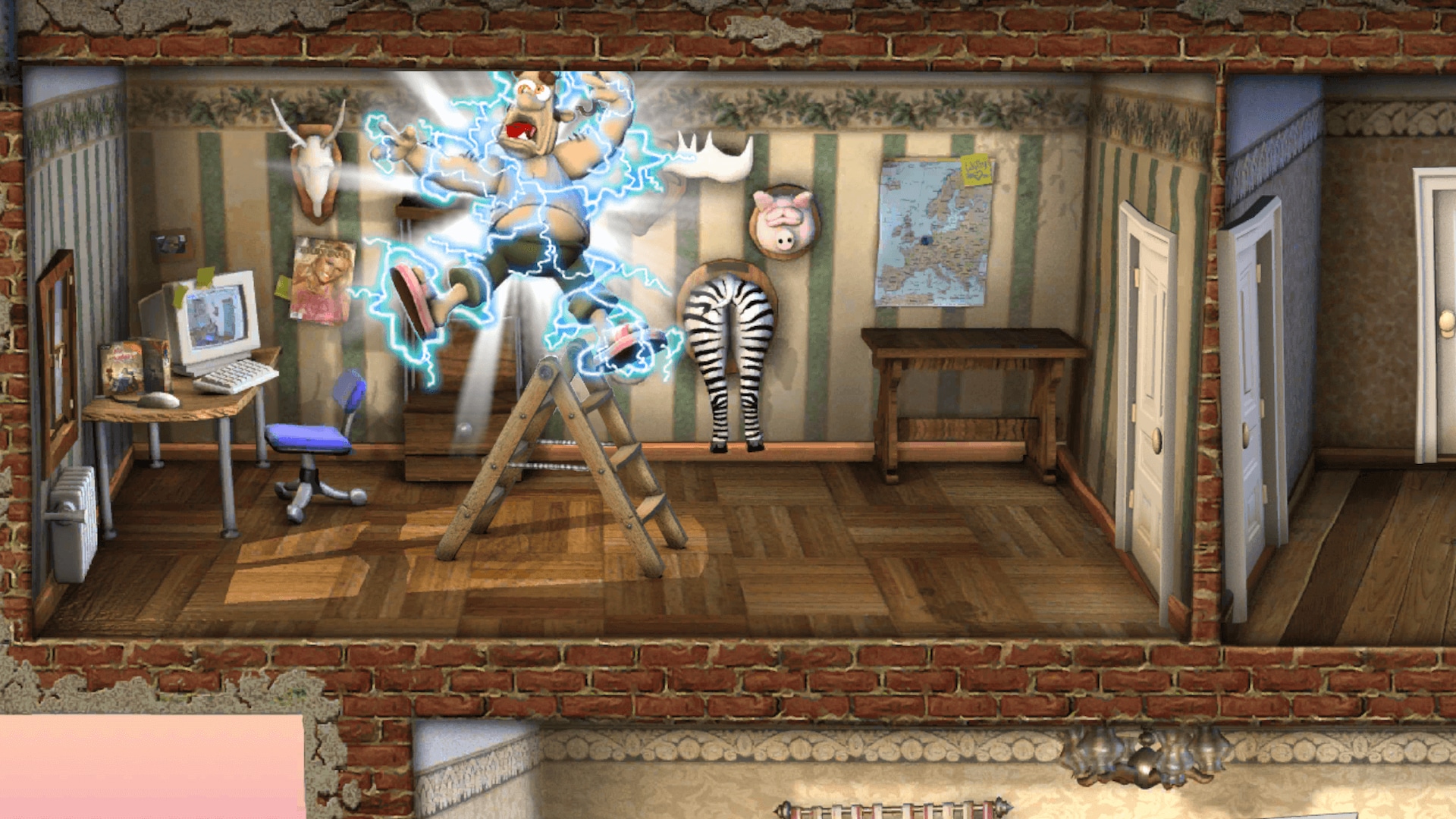 "They are dead laughing!"

Here perhaps we enter a somewhat personal field, because comedy can touch many strings and in many ways and everyone can be sensitive in a different way to this language and yet, today, Neighbors Brack From Hell it is not in the least funny not even in the eyes of an adult who does everything to avoid feeling like one. The prankster genre can be very funny and for those born at the turn of the 80s and 90s Jackass was certainly a great companion of adolescence and not, but the title of Farbworks, despite the sprinkling put in place by THQ Nordic, it turns out even more childish and trivial of the raids of Steve-O and associates, resulting today very indigestible. Consequently, unless the comedy you like is stuck in the fourth grade and you still find some clichés hilarious like fingers pinched by mousetrap, laxatives administered with deception and people sliding on soap bars, Neighbors Back From Hell is unlikely to succeed. to get you some laughs. The sign of the time is felt even more strongly in the form therefore than in the content, also due to an artistic style that is quite bare and indigestible, so disturbing at the right time to be consistent with the production but too banal to be in any way Interesting. Technically, however, this remaster looks pretty good when viewed strictly with a view to refurbishing a title of seventeen years ago by bringing it to high definition. The original aspect is not compromised and at the same time new animations are grafted and those already present are improved, although the title technically cannot fail to be anyway stale. For anyone who was a fan of Neighbors From Hell during their childhood (or early teens), this remaster may be more than tempting. Despite the absence of a handful of levels, including the tutorial ones, and the new progression system that compromises a large part of the experience, Nieghbours Back From Hell manages to re-propose and at least make playable a game that has almost two decades on its back. Approaching the Farbworks game today, however, is extremely difficult for anyone else. Tremendous artistically, unsettling in terms of comedy and lacking a real playful character, we are faced with a nostalgia operation that probably did not feel the need.

Path of Exile 2 shows itself in new gameplay

THE KING OF FIGHTERS XIV