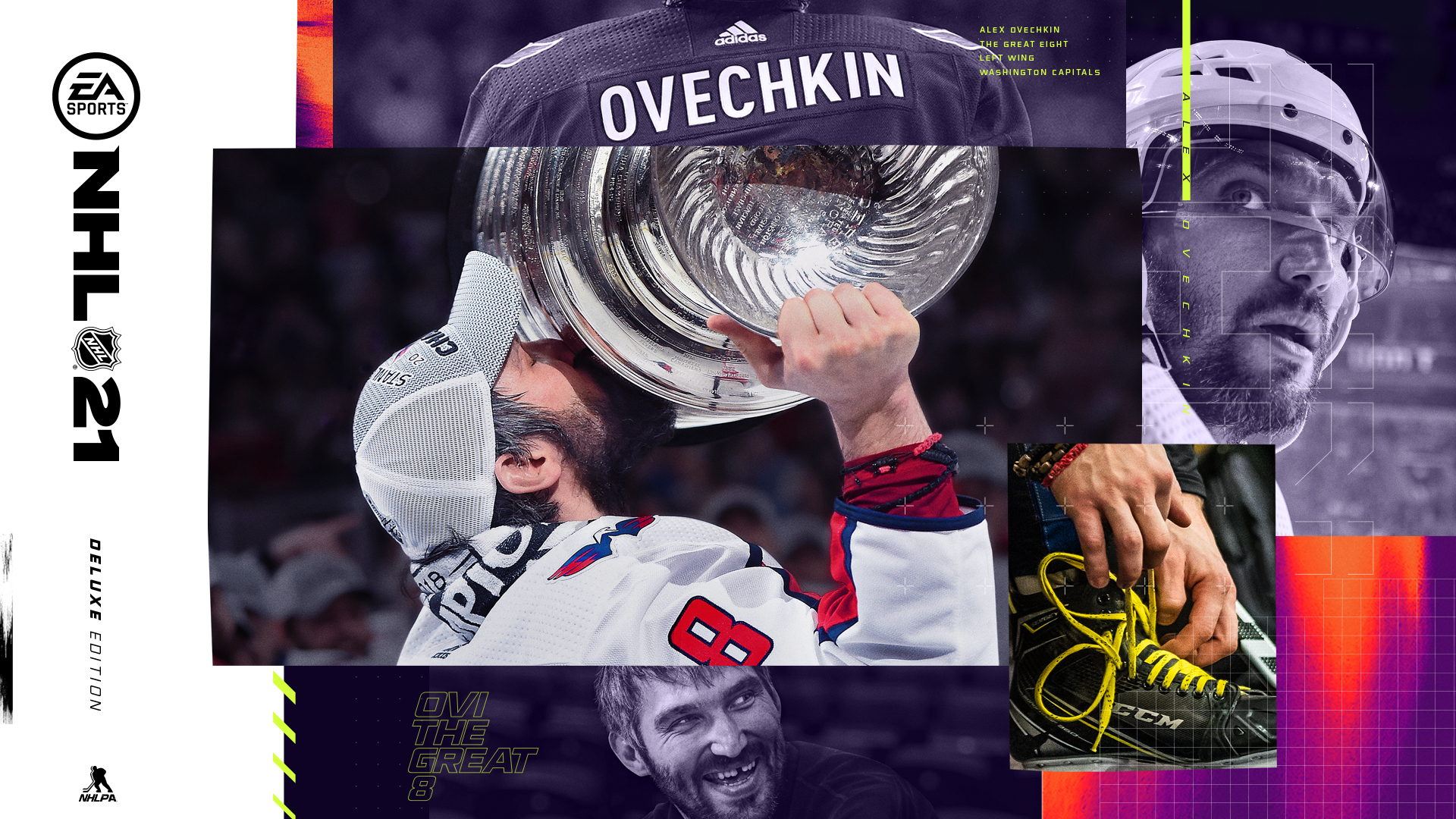 “The road to NHL® stardom has never been more clear as we have provided our players with new superstar-inspired moves, which they can use to mold their path from NHL Draft prospect to Stanley Cup® Champion, ”said Sean Ramjagsingh, Executive Producer of NHL® 21. "The skill level in the league has never been higher, so it's only right we provide our players with the most developed offensive arsenal to date to build their careers, along with a new way to flaunt that creativity online."

Be A Pro gets much bigger in NHL® 21, allowing players to live the life of an NHL® superstar both on and off the ice. Just like in the NHL®, players will need to react and rise to the occasion through real-time game events, and impress coaches, GMs, teammates, and the public with hundreds of conversations that can lead to thousands of different outcomes. Through each new season, a narrative will emerge for the Pro to follow - or to rewrite - all revolving around key moments: NHL Draft, NHL Awards, Stanley Cup® Playoffs, and more, presented in exciting broadcast style updates throughout their career.

HUT RUSH makes its debut, adding a quick-to-action, head-to-head mode where players set the match-ups of 3v3, 5v5, or timed games to earn rewards and progress through the rankings. With HUT RUSH's Style Scoring system, how players score determines their points multiplier - the prettier the play, the bigger the bonus. Players can change up how their games are settled with exciting modifiers that have been added, including Money Puck and First Goal Wins. Fans can also take it outside and play in open air environments, and hit the ice with their favorite NHL® team mascots.

Gameplay in NHL® 21 has gotten smarter, faster, and a whole lot flashier. With innovative moves and massive improvements on both sides of the puck, players have more options than ever before to take control of the game and impose their playstyle on opponents. These improvements include slip dekes, bank passes, and chips into space, improved AI on offense and defense, and improved goalie control, positioning, and desperations, rewarding players for new levels of creativity on the ice. Superstar-inspired moves, including the lacrosse style goal and “no-move move” made famous by Tampa Bay Lightning forward Nikita Kucherov, allow players to express their offensive creativity to the fullest extent.

World of Chel also receives an upgrade, with added Ranked seasons played across each of the four modes - ONES, THREES, Drop-In, and Clubs - for players to earn rewards and play in the new EASHL Club Finals. EASHL Clubs allow players and friends to climb the leaderboards season to season, and bring home the hardware against clubs from all over the world.

EA SPORTS NHL® 21 is ESRB rated E10 + and available worldwide on PlayStation®4 and Xbox One. To learn more about all the new features and modes included in NHL® 21, visit https://www.ea.com/games/nhl/nhl-21.

EA SPORTS NHL® 21 assets are available to download on the official EA press site at PRESS.EA.COM.

EA SPORTS, Ultimate Team, Battlefield, Apex Legends, The Sims, Need for Speed, Titanfall and Plants vs. Zombies are trademarks of Electronic Arts Inc. Madden, NFL and FIFA are properties of their respective owners and used with permission.

The National Hockey League (NHL®), founded in 1917, consists of 31 Member Clubs and proudly welcomes its 32nd franchise, the Seattle Kraken ™, for the 2021-22 season. Each team roster reflects the League's international makeup with players from more than 20 countries represented, all vying for the most cherished and historic trophy in professional sports - the Stanley Cup®. Every year, the NHL® entertains more than 670 million fans in-arena and through its partners on national television and radio; more than 151 million followers - league, team and player accounts combined - across Facebook, Twitter, Instagram, Snapchat and YouTube; and more than 100 million fans online at NHL.com. The League broadcasts games in more than 160 countries and territories through its rightsholders including NBC / NBCSN and the NHL Network ™ in the US, Sportsnet and TVA in Canada, Viasat in the Nordic Region and CCTV and Tencent in China. The NHL® reaches fans worldwide with games available online in every country including via its live and on-demand streaming service NHL.TV ™. Fans are engaged across the League's digital assets on mobile devices via the free NHL® App; across nine social media platforms; on SiriusXM NHL Network Radio ™; and on NHL.com, available in eight languages ​​and featuring unprecedented access to player and team statistics as well as every regular-season and playoff game box score dating back to the League's inception, powered by SAP. The NHL® is committed to building healthy and vibrant communities through the sport of hockey by increasing youth participation and engagement; fostering positive family experiences; promoting inclusion, positive culture and leadership; and supporting sustainable community impact.

The National Hockey League Players' Association (NHLPA), established in 1967, is a labor organization whose members are the players in the National Hockey League (NHL). The NHLPA works on behalf of the players in various disciplines such as labor relations, product licensing, marketing, international hockey and community relations, furthering its efforts to promote its members and the game of hockey. In 1999, the NHLPA launched the Goals & Dreams fund as a way for players to give something back to the game they love. Over the past 20 years, more than 80,000 deserving children in 34 countries have benefited from the players' donations of hockey equipment. NHLPA Goals & Dreams has donated more than $ 25 million to grassroots hockey programs, making it the largest program of its kind. For more information on the NHLPA, please visit www.nhlpa.com