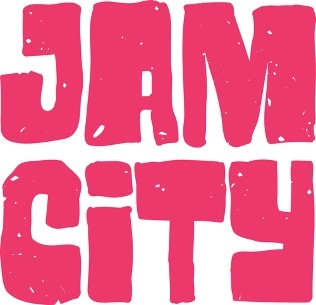 TORONTO– (BUSINESS WIRE) –Entertainment studio Jam City announced today a first-ever mobile game partnership with McDonald's Canada for their annual MONOPOLY® Coast to Coast game. Starting today, the famed golden arches are giving Canadians a chance to win * all kinds of cool prizes at more than 1,400 restaurants across Canada, including $ 300,000 in virtual giveaways from Jam City's globally famous match-3 mobile game, Cookie Jam. To learn more about this year's game and the millions of prizes available to win * go to mcdpromotion.ca.

“We couldn't be more excited to be partnering with McDonald's on this iconic promotion,” said Sam Notowitz, Vice President of Business Development, Jam City. “The combination of great food, fun games and exciting Cookie Jam prizes could not be sweeter. Every day, Cookie Jam is enjoyed by millions of mobile game players around the world, who appreciate the game's deliciously rich game play and design. This partnership not only introduces McDonald's customers to the game, but the digital prizing allows McDonald's to reward customers in a fun and innovative way. "

* No as long as. rqd. Open to residents of Canada. Game pieces avail. Oct. 6 - Nov. 9/2020 or while supplies last. Prize claim deadline: Nov. 30/2020. 1 in 5 chances to win at the outset of Game, mostly food prizes. Available prizes diminish and chances of winning change as prizes are claimed. Correct answer to skill-testing question rqd. See O_cial Rules at participating McDonald's restaurants in Canada or at mcdpromotion.ca for prize and redemption info, entry details, odds, deadlines, eligibility and more. Internet access rqd. to redeem some prizes. MONOPOLY is a trademark of Hasbro and used with permission. © 1935, 2020 Hasbro. All rights reserved. © 2020 McDonald's The Golden Arches Design, ® and MD - use of these trademarks is licensed from McDonald's Corporation.

In 1967, Canadians welcomed the first McDonald's restaurant to Richmond, British Columbia. Today, McDonald's Restaurants of Canada Limited has become part of the Canadian fabric, serving close to three million guests every day. Together with our franchisees, we proudly employ nearly 100,000 people from coast-to-coast, and more than 90 per cent of McDonald's 1,400 Canadian restaurants are locally owned and operated by independent entrepreneurs. Of the almost $ 1 billion spent on food, more than 85 per cent is purchased from suppliers in Canada. For more information on McDonald's Canada visit McDonalds.ca.