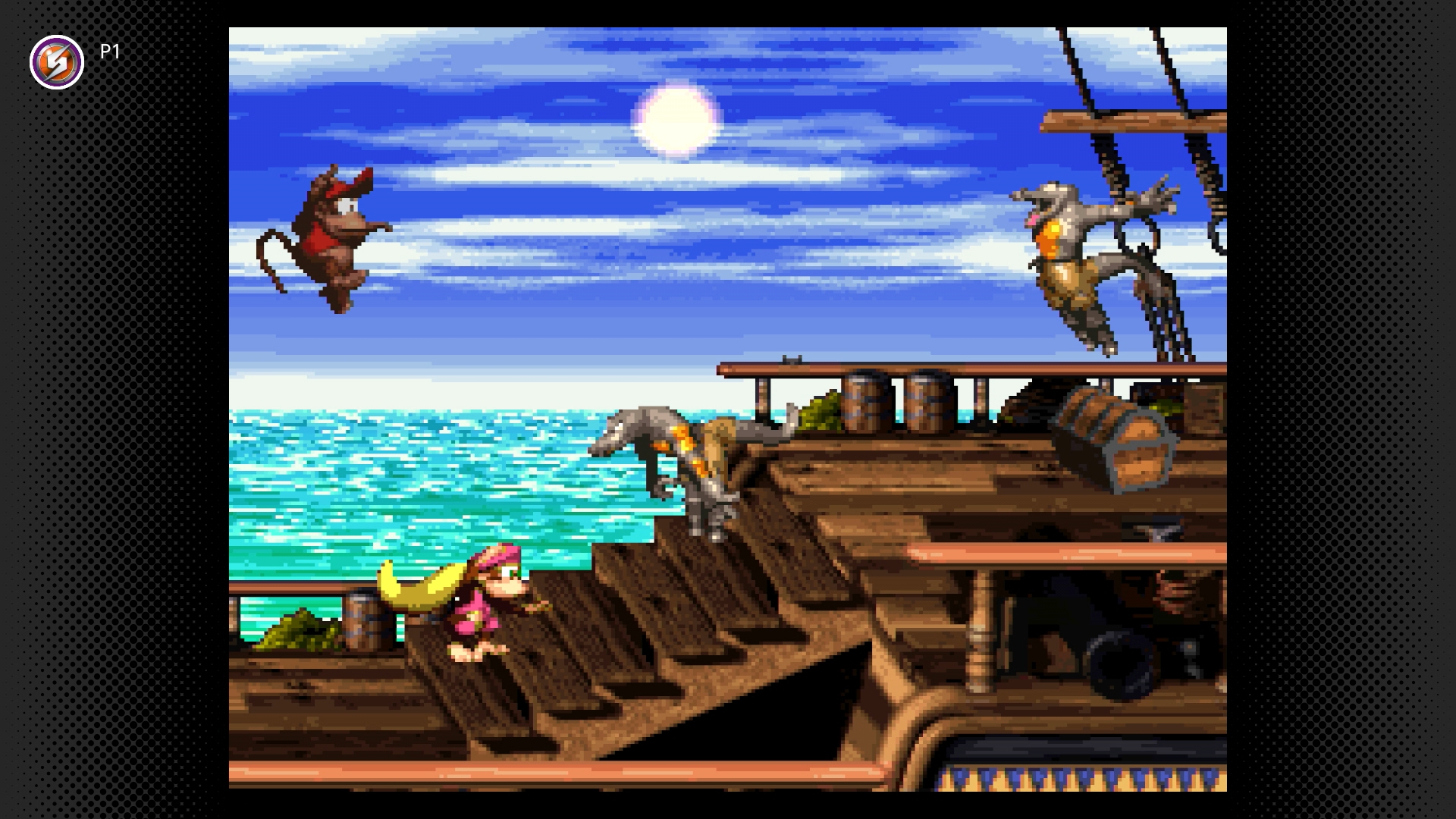 Luckily, on Sept. 23, you'll have the chance to come to the rescue when the classic Super NES™ game Donkey Kong Country™ 2: Diddy's Kong Quest arrives for the Nintendo Switch™ system. With a Nintendo Switch Online membership, you can join the nimble Diddy Kong and the powerful ponytail-wielding Dixie Kong as they embark on a sweeping adventure filled with animal friends, collectibles and more hidden areas than Cranky Kong could ever dream of discovering back in his day.

A Nintendo Switch Online membership grants instant access to a total of 90 classic games to explore and enjoy in the service's expanding libraries. Here are additional details on the games arriving this month:

All of these games are playable with a Nintendo Switch Online membership, which offers access to growing libraries of classic Super NES and NES games, such as The Legend of Zelda™: A Link to the Past™, Super Metroid™ and Super Mario Bros.™ 3.

The paid online service is also a great way to connect and play compatible games online with friends and family around the world. With online play in compatible games like Animal Crossing™: New Horizons, Pokémon™ Sword, Pokémon™ Shield, Super Smash Bros.™ Ultimate, Mario Kart™ 8 Deluxe, Tetris 99® and many others, a Nintendo Switch Online membership can help you experience everything Nintendo Switch has to offer. You'll also get exclusive access to the new, competitive online battle game Super Mario Bros.™ 35 when it launches on Oct. 1. Compete with other players to remain the last Mario standing!

For more information about all the benefits and services available with a Nintendo Switch Online membership, and to learn about a free seven-day trial, visit https://www.nintendo.com/switch/online-service/.