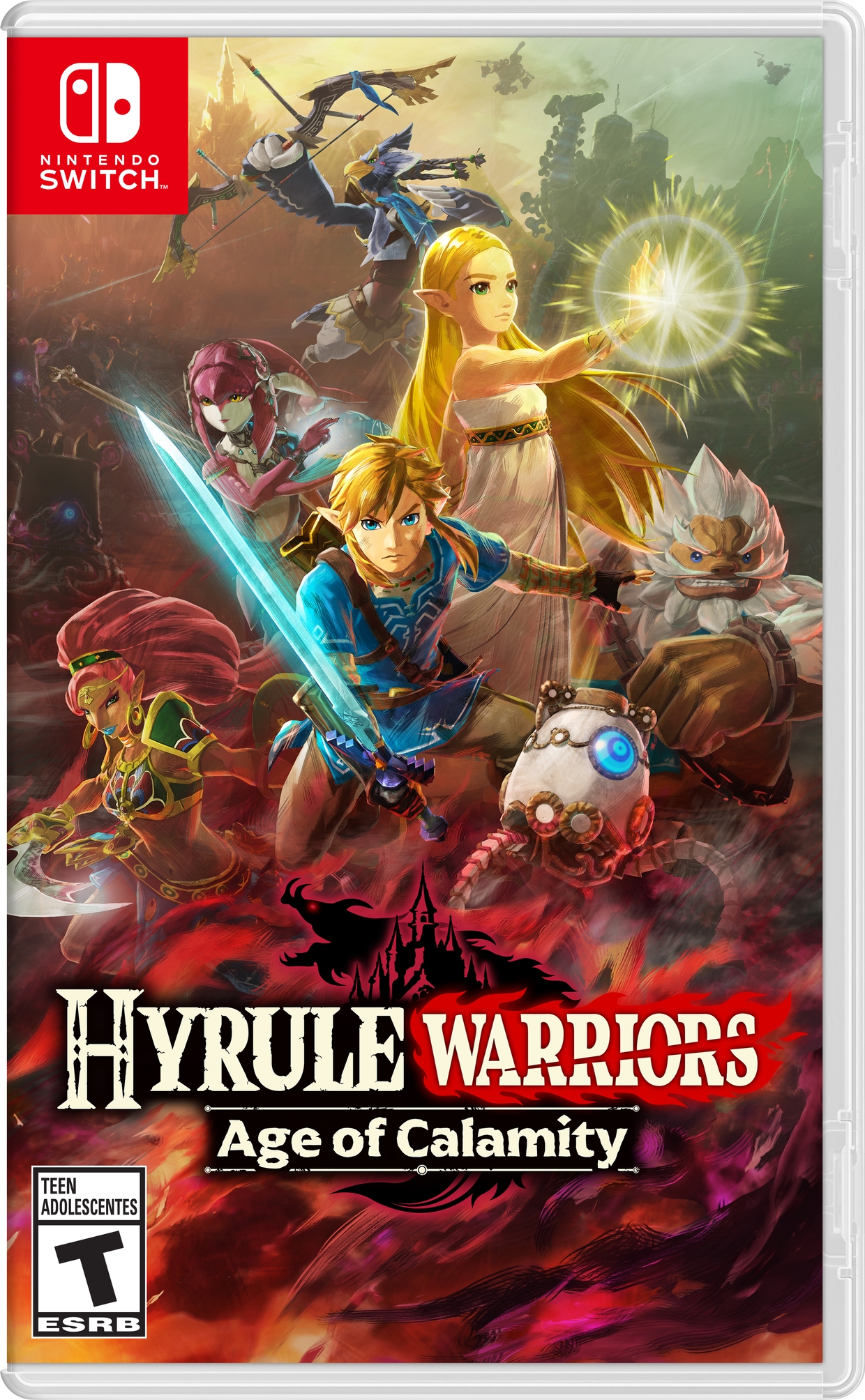 Discover What Happened 100 Years Before The Legend of Zelda: Breath of the Wild

In the Hyrule Warriors: Age of Calamity game, which launches exclusively for Nintendo Switch on Nov. 20, players will be transported to the time before the Great Calamity happened, participating in epic battles against a backdrop of familiar locations in Hyrule before they were destroyed. The game stars recognizable characters from The Legend of Zelda: Breath of the Wild like Link and Zelda, as well as other characters like the four Champions, who will be playable for the very first time in the Hyrule Warriors series.

The debut trailer can be viewed by visiting https://www.zelda.com/hyrule-warriors/.

"Hyrule Warriors: Age of Calamity is a must-play for fans of The Legend of Zelda: Breath of the Wild, ”Said Nick Chavez, Nintendo of America's Senior Vice President of Sales and Marketing. "Roll up your blue tunic sleeves and get ready for a dramatic and surprising adventure through Hyrulean history this holiday season."

Hyrule Warriors: The Age of Calamity features gameplay that will be familiar to fans of the Hyrule Warriors and Fire Emblem Warriors games. Focused on performing combos and over-the-top special abilities, the action-heavy gameplay is fast-paced and strategic, perfect for players looking for an intense, non-stop action game with direct ties to The Legend of Zelda: Breath of the Wild. In addition to all the action, the game is loaded with a robust story that depicts the events, relationships and dramatic moments of the Great Calamity in captivating detail.

To pre-order Hyrule Warriors: The Age of Calamity and learn more about the game, visit https://www.zelda.com/hyrule-warriors/.

About Nintendo: The worldwide pioneer in the creation of interactive entertainment, Nintendo Co., Ltd., of Kyoto, Japan, hardware and software markets and software for its Nintendo Switch™ system and the Nintendo 3DS™ family of portable systems. Since 1983, when it launched the Nintendo Entertainment System™, Nintendo has sold more than 4.9 billion video games and more than 766 million hardware units globally, including Nintendo Switch and the Nintendo 3DS family of systems, as well as the Game Boy™, Game Boy Advance, Nintendo DS™ family of systems, Super NES™, Nintendo 64™, Nintendo GameCube™, Wii™ and Wii U™ systems. It has also created industry icons that have become well-known, such as Mario, Donkey Kong, Metroid, Zelda and Pokémon. A wholly owned subsidiary, Nintendo of America Inc., based in Redmond, Wash., Serves as headquarters for Nintendo's operations in the Americas. For more information about Nintendo, please visit the company's website at https://www.nintendo.com/.