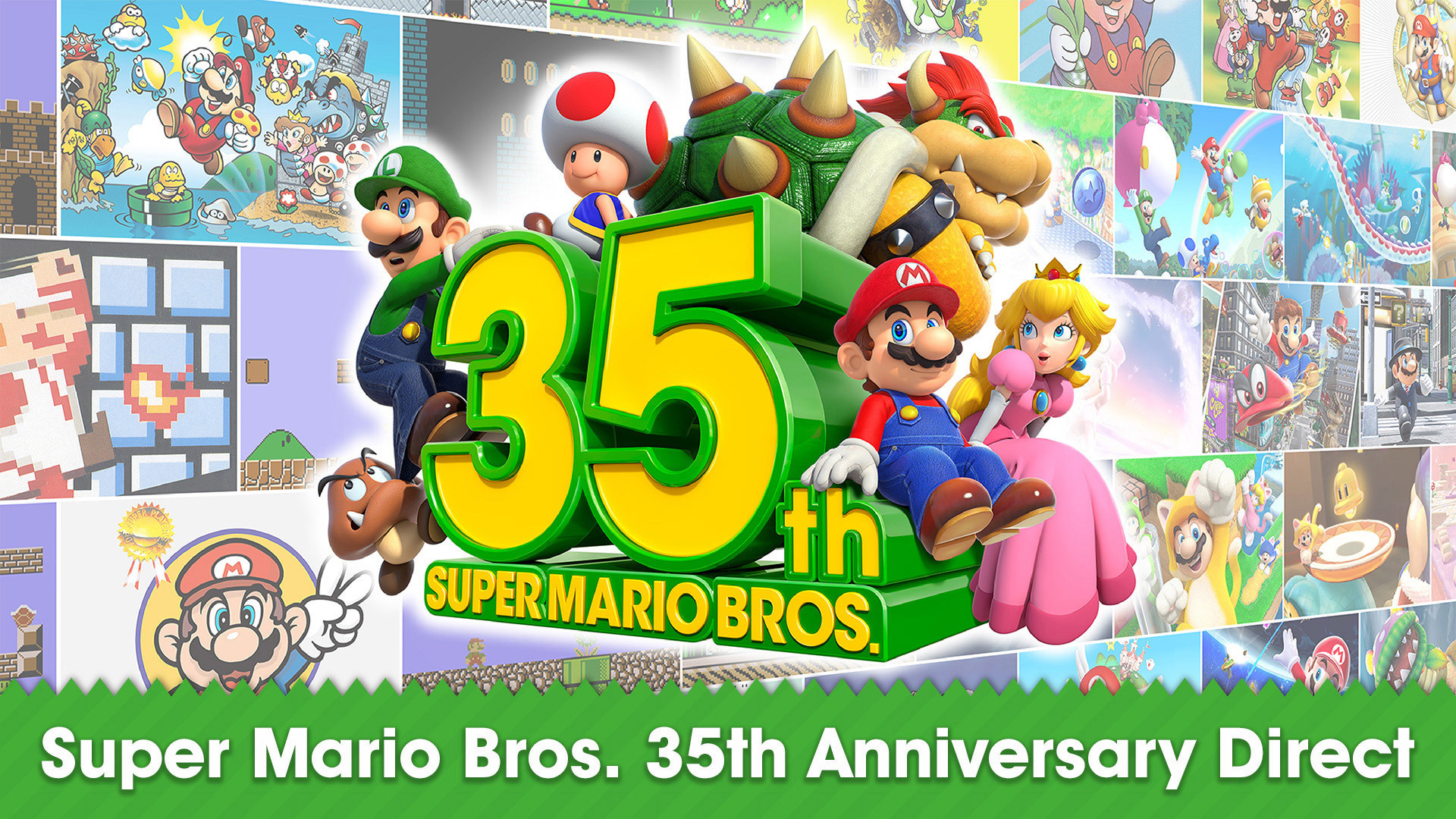 REDMOND, Wash .– (BUSINESS WIRE) -Mario has come a long way since jumping on that first Goomba in World 1-1 of the original Super Mario Bros. game. Now, 35 years since the launch of that game in Japan, he is starring in new games on the Nintendo Switch system, lending his likeness to brands like LEGO®, PUMA and Monopoly, and watching as fans battle it out using Super Mario power-ups in Splatoon 2.

“We look forward to everyone joining us on a Mario journey 35 years in the making,” said Nintendo of America President Doug Bowser. "We are marking this significant milestone with a wide variety of games and experiences that all generations of Mario fans, from here to the Mushroom Kingdom, can enjoy together."

The full video presentation can be viewed by visiting http://supermario35.com/. Highlights of the video include the following:

For more information about all these games, products and events, visit the Super Mario 35th anniversary website.

About Nintendo: The worldwide pioneer in the creation of interactive entertainment, Nintendo Co., Ltd., of Kyoto, Japan, hardware and software markets and software for its Nintendo Switch™ system and the Nintendo 3DS™ family of portable systems. Since 1983, when it launched the Nintendo Entertainment System™, Nintendo has sold more than 4.9 billion video games and more than 766 million hardware units globally, including Nintendo Switch and the Nintendo 3DS family of systems, as well as the Game Boy™, Game Boy Advance, Nintendo DS™ family of systems, Super NES™, Nintendo 64™, Nintendo GameCube™, Wii™ and Wii U™ systems. It has also created industry icons that have become well-known, such as Mario, Donkey Kong, Metroid, Zelda and Pokémon. A wholly owned subsidiary, Nintendo of America Inc., based in Redmond, Wash., Serves as headquarters for Nintendo's operations in the Americas. For more information about Nintendo, please visit the company's website at https://www.nintendo.com/.