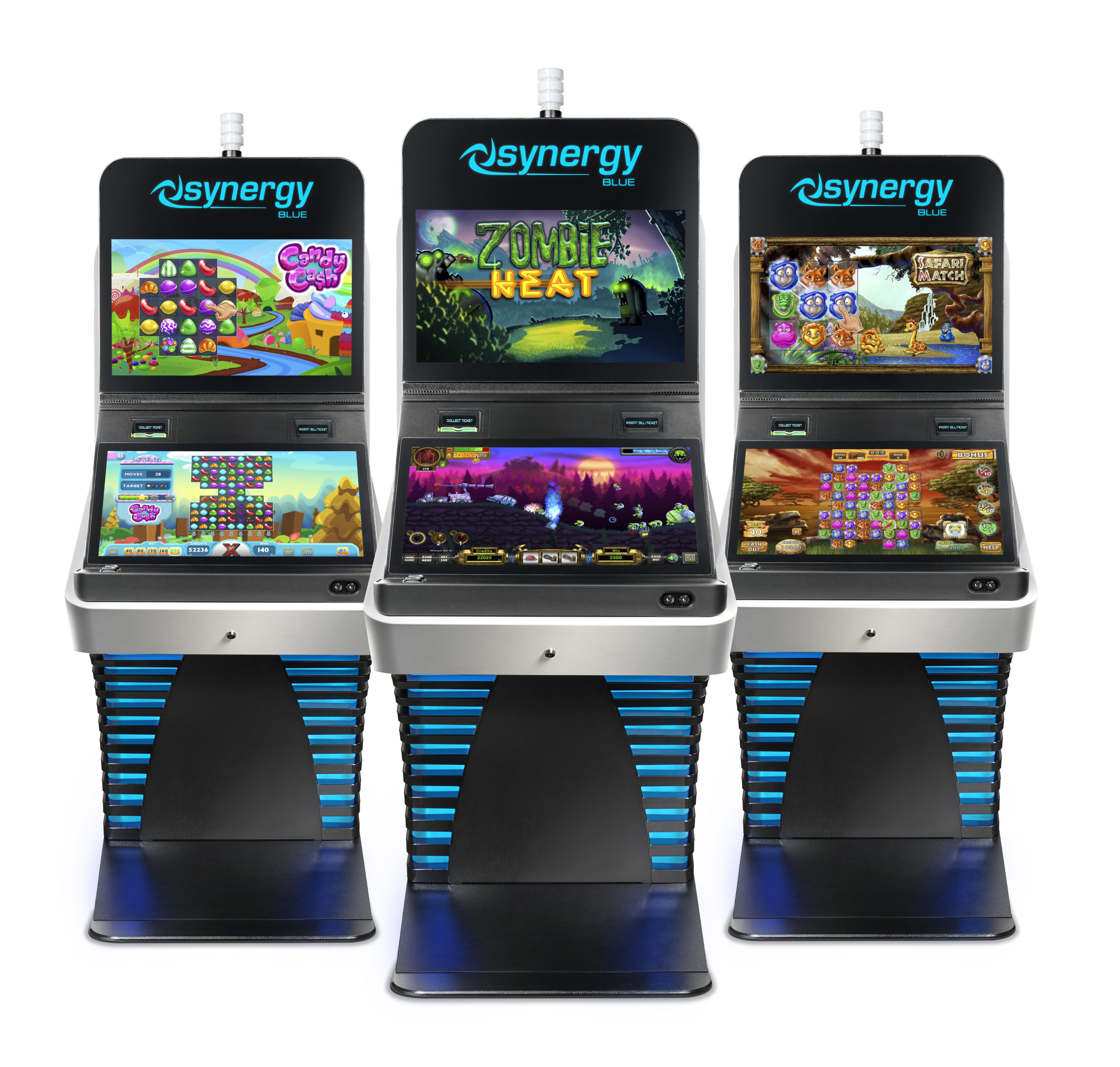 New cabinet inspired by one of the original gaming consoles, The Atari 2600

LAS VEGAS– (BUSINESS WIRE) -#atari–Synergy Blue, the premier provider of interactive, skill-influenced casino games and the creators of “fun you can bet on,” today announced the release of the new 2600 cabinet series. Inspired by the original Atari 2600 console and designed in consultation with Nolan Bushnell himself, founder of Atari and often cited as the Father of the video game industry, the new cabinet line brings arcade-style gaming to casino floors.

The 2600 series is built with today's players in mind and offers sleek and smooth gameplay, along with multiple arcade-style controllers such as steering wheels, joysticks, buttons and more. The 2600 series provides casino floor operators with more variety of machines and casino games, which keeps players on casino floors longer and appeals to various and expanding casino demographics.

“The Atari 2600 introduced an entire generation to the fun and excitement of video games,” said Georg Washington, CEO of Synergy Blue. “When we began working on cabinet ideas, we kept coming back to the nostalgia that gamers around the world have for the original 2600, but we wanted to update it with today's players in mind. Synergy Blue's 2600 cabinet series combines 'fun you can bet on' with arcade-style design to provide a fresh look for casino floors and an entertaining experience for players, from joysticks to drivers. "

“The 2600 has been a hallmark of video game console design,” said Nolan Bushnell, founder of Atari. "Bringing the 2600's arcade-style design to casino floors and sharing the excitement of video games with players not only reminds them of the fun of the past, but elevates the fun of today. Synergy Blue is well poised to bring arcade-style fun to the floor of every casino and the 2600 series is just the start. "

The 2600 cabinet series is designed for serviceability, with a variety of cabinet configurations including arcade drivers, joystick, buttons, arcade guns, touchscreens and more. Operators now have the flexibility they need to ensure optimal performance for their specific players and location. From mobile-style connect three's like Lucky Candy Ca $ h and Safari Match that engage contemporary baby boomers, to arcade drivers like Joyride Jackpot that attract and thrill Gen X and younger - Synergy Blue's extensive library of exciting interactive, skill-influenced and chance- based games offers fun for every type of player.

Synergy Blue creates "Fun You Can Bet On!" As the leading provider of entertainment gaming solutions, the team is currently bringing arcade style, interactive skill-influenced games, platforms, and applications to the casino market. The company's robust HAWG (Hybrid, Arcade, Wager-based Gaming) platform blends regulatory approved chance and skill-influenced gambling with the uninterrupted entertainment of arcade-style game play. Designed for an emerging class of players, Synergy Blue's technology provides casino operators with a new generation of entertainment and games that are certified and backed by industry-leading patents. Now based in Las Vegas, Nevada, the company was founded in 2013 and has products and applications placed in six countries.