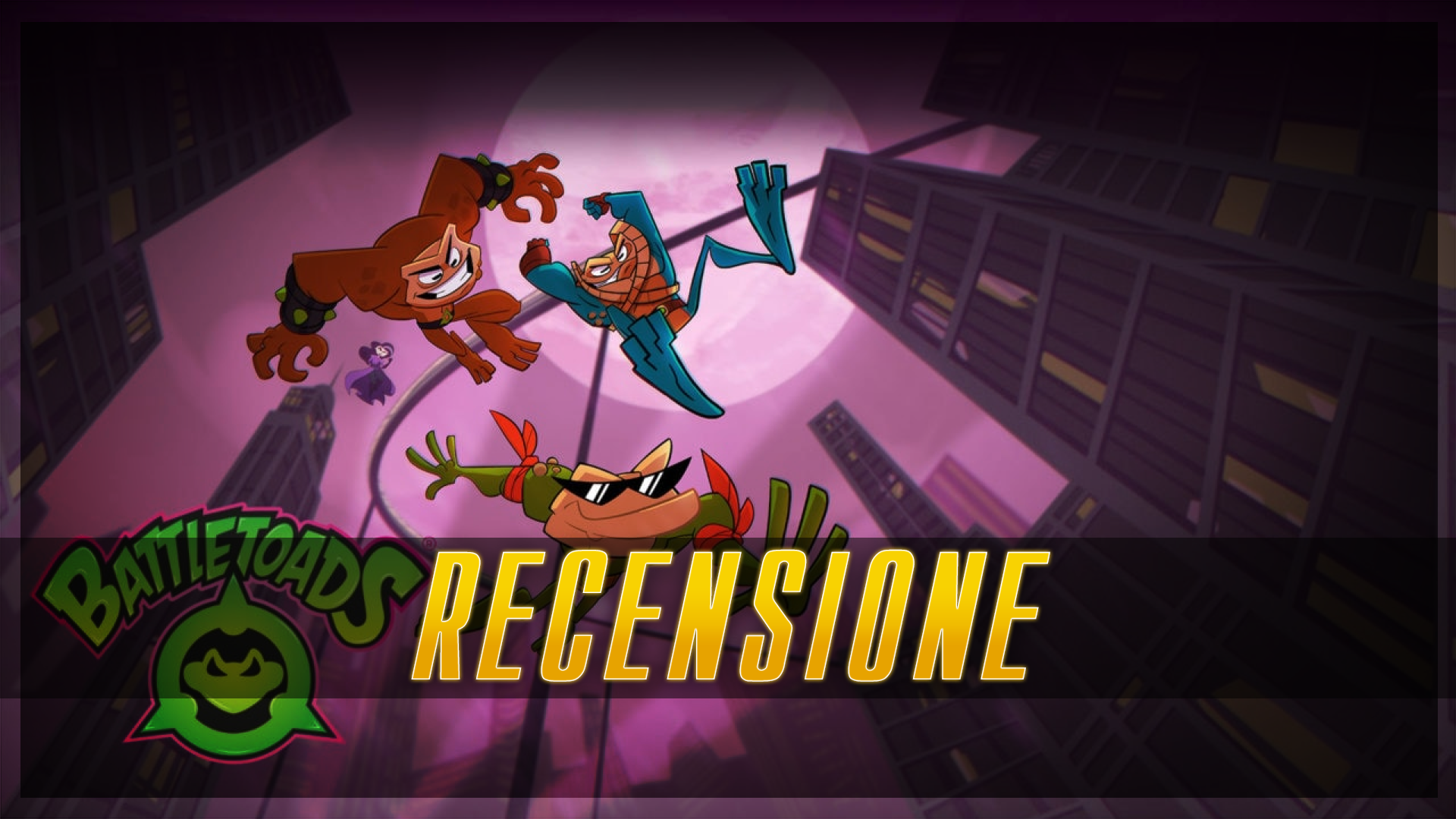 At the beginning of the 90s, the Ninja Turtles were very popular on television, gathering support from both the smallest and the largest audiences. In the same period, taking inspiration from the success of the animated series dedicated to the four mutant creatures, Rare started Battletoads, an excellent beat 'em up that found success first on the NES and, over the next few years, on other platforms. After a couple of more or less successful sequels and a failed attempt to bring the saga back to life in 2011 (on Game Boy Advance), the three toads have been on their hands for 26 years. Until today. 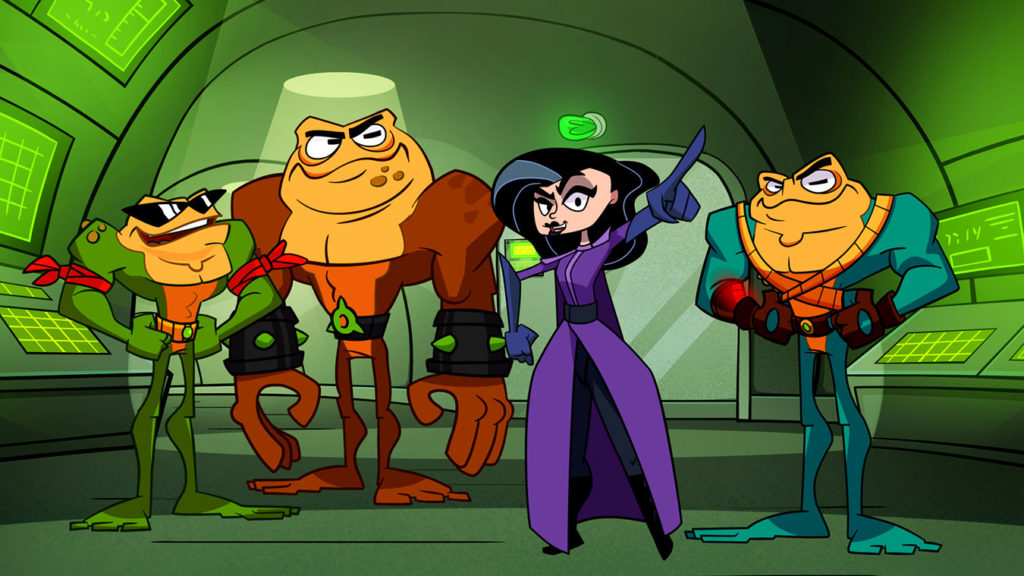 The toads return to battle

The athletic Rash, the very fast Zitz and the strongman Pimple are the Battletoads, three anthropomorphic toads called, this time, to fight the threat of the Topians in a frantic scrolling brawler ... or at least that's what it seems in the first minutes of the game. Yes, because i Dlala Studios, responsible for the work under the supervision of Rare, they do not just remain within their field of competence and present something unexpected to the player. After some canonical beat 'em up level in fact, the gameplay does not seem to take a very specific path but explores the most disparate genres, continuing with the adventure. From beating hands, in fact, we move on to arcade racing videogame scenarios with obstacles to avoid (a bit like in Outrun or Road Rash), then continuing with platform levels to end up even in difficult bullet hell, all stuffed with some puzzles here and there, quick time events and original boss fights. After a few hours of play, the intent of the developers to take players on a small journey through some of the most popular genres during the early 90s is evident., taking up that mixture of the same that had already characterized the original episodes of the franchise. The choice not to remain anchored to the fighting game alone is courageous, with the strong risk of putting together a product that is too low-cut and fragmented into the pieces that compose it, but it is a challenge that the Dlala overcome more than with dignity, with a game that manages to remain consistent in its intentions while jumping from one genre to another and, apart from a few flaws in the platform scenarios, to keep the level of challenge very high, one of the trademarks of the series. 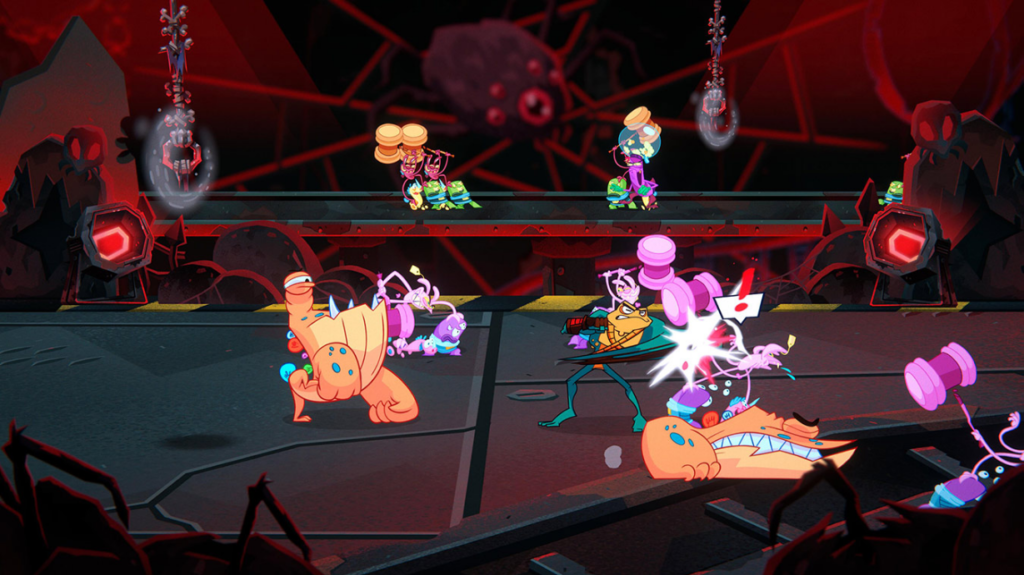 Bringing a saga like Battletoads back to life requires awareness. The same that the three protagonists have, having remained closed in oblivion for almost thirty years, with a world that has changed and video games with it. Re-proposing in 2020 something that has practically disappeared from the radar of the players is a difficult challenge, especially if you want to avoid ending up with the "Know old". The development team, however, manages to quite faithfully recapture the soul of the original works and evolve it into something more fresh.: the beat 'em up phases above all are frenetic, varied and overall fun, which can be tackled with a "Tag" which allows you to alternate in the use of one of the three toads, each with its own fighting style and its original combos. A choice that provides dynamism to the gameplay and also puts itself at the service of a possible multiplayer game, supported up to three players. The modernization work is also accompanied by the technical sector, with the transition to a totally hand-made cartoon graphics, which brings to the stage both the protagonists and the various enemies who alternate during the different scenarios with excellent style. Even the latter enjoy a fine workmanship and are overall artistically inspired and functional for the gameplay. A note of merit also goes to balancing the difficulty: as mentioned above, this Battletoads respects the reputation of its predecessors and offers a difficult challenge to the player already at standard difficulty, exactly as it happened many years ago on the NES and Sega Mega Drive. Do not forget, however, to add some precautions for the less patient players today, such as the possibility of activating invincibility following a rather long series of Game Over. A function to ignore for purists, but which probably saves the less skilled the purchase of a calendar (not included in the Game Pass) to use for the most colorful curses. 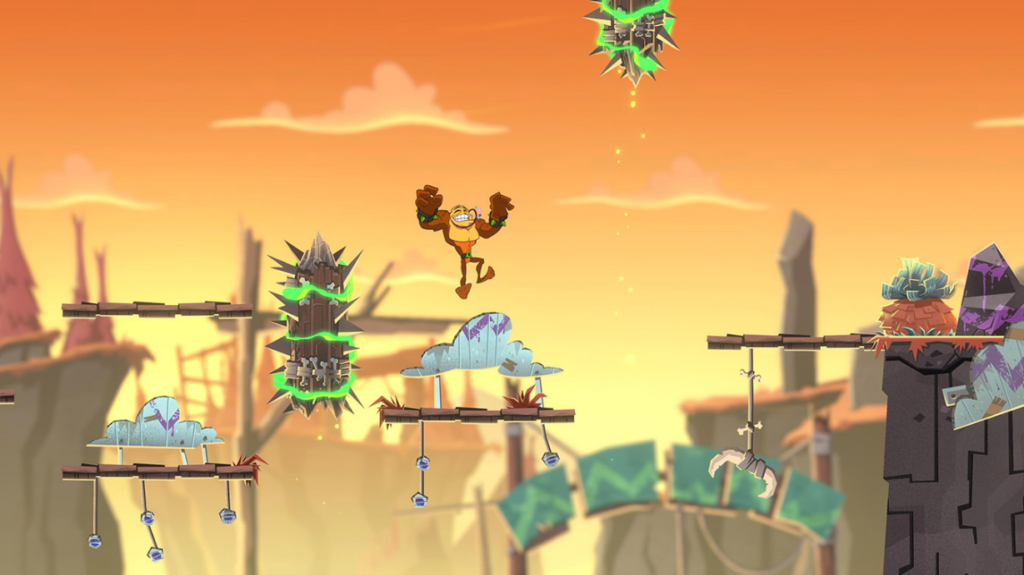 When is the second season?

Battletoads then returns to the stage after many years, behind the direction of Rare and Dlala Studios, with a risky operation with a high probability of failure. The result, however, is a truly surprising title, which manages to keep intact the spirit that permeated the franchise three decades ago and brings it back to the present day in a more modern and captivating guise. The game is literally a work between two eras, which stands as a pleasant revival for long-time players and as an opportunity for a more digestible step back in time for the youngest. Battletoads has the ambition to do many things and succeeds in practically all of them, including the excellent characterization of the characters that gives the production the right irreverent and light-hearted tone. Too bad only for an excessive use of mini-games, distributed during the course of the adventure, which sometimes end up taking longer than necessary, taking away from the player a few minutes too many. Nothing compromising for what ultimately is a fun and absolutely well done reboot which deserves a try even only thanks to the presence in the Xbox Game Pass e at the low price at which it is proposed. A pleasant surprise that sets excellent premises for any future chapters, in which perhaps to explore new paths and correct a bit the shot on small and physiological errors dictated by inexperience.

Dying Light 2, Techland will hold a dev update this week for ...