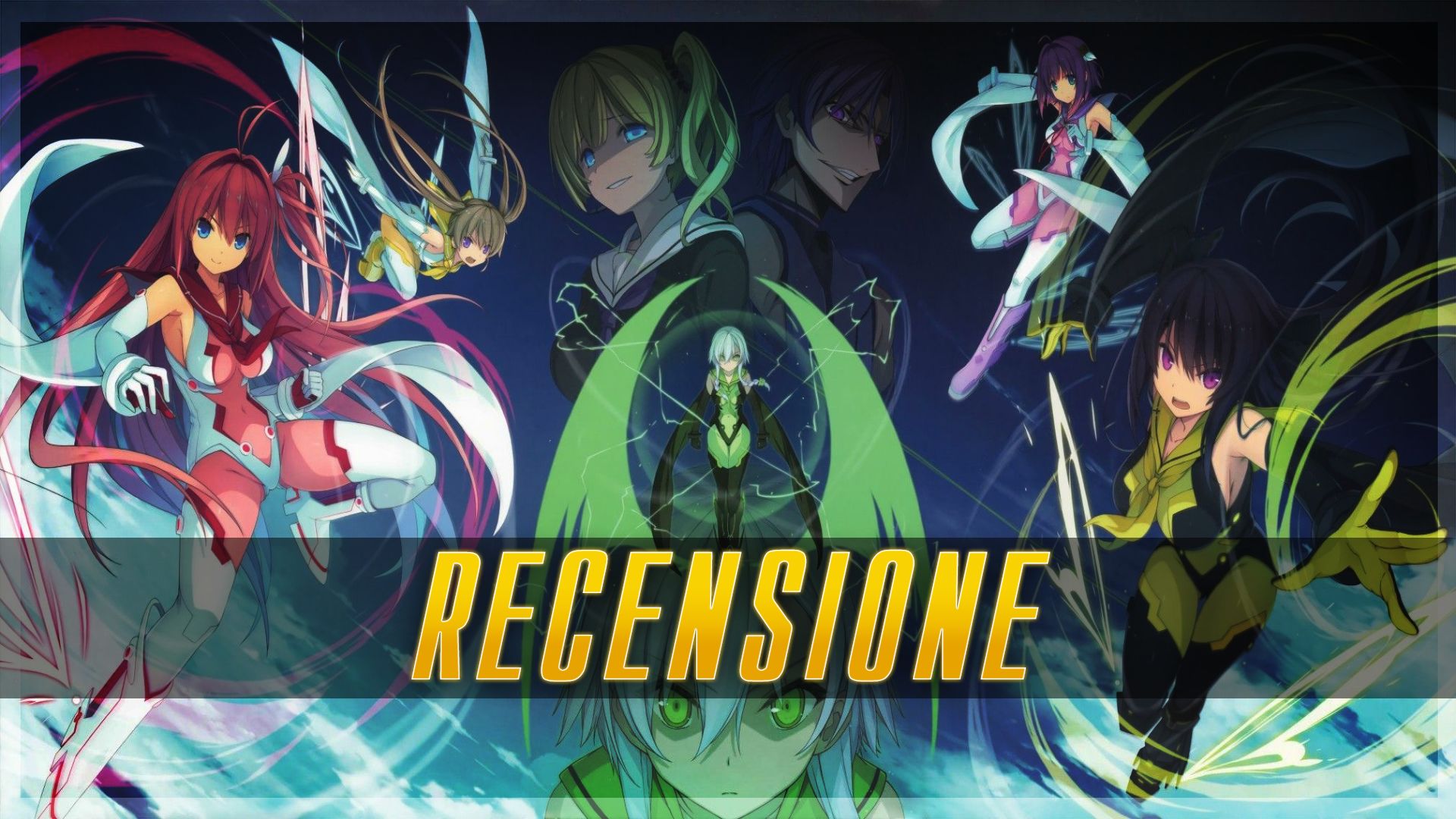 I'll be honest, I feel a lot of skepticism and prejudice towards the Visual Novel genre. I obviously don't hate them on the contrary, going back in memory I could list titles like Professor Layton and The World Ends with You which - while not part of the genre - manage to incorporate this particular narrative style into their gameplay. After this little introduction, Aokana: Four Rhythms Across the Blue represents for me a wasted opportunity, failing to make an excellent initial setting interesting because of the "stencil" standards that confine each title belonging to the genre.

Fasten your Grav Shoes, set the parameters well and get ready for an analysis of the strengths and weaknesses of the latest title of the Sprite studio. Next stop: the fascinating and technically vast world of the Flying Circus!

Where we go we don't need buses

The story of Aokana: Four Rhythms Across the Blue takes place within an alternate reality in full technological development. Following the discovery of a material capable of zeroing the gravity of a single object, the world of transport undergoes an unprecedented transformation thanks to Grav Shoes, shoes that allow an individual to soar easily. This revolution also marks the birth of new disciplines based on the lack of gravity, first of all the Flying Circus: an ultra-competitive and high-speed version of the classic game "You have it". 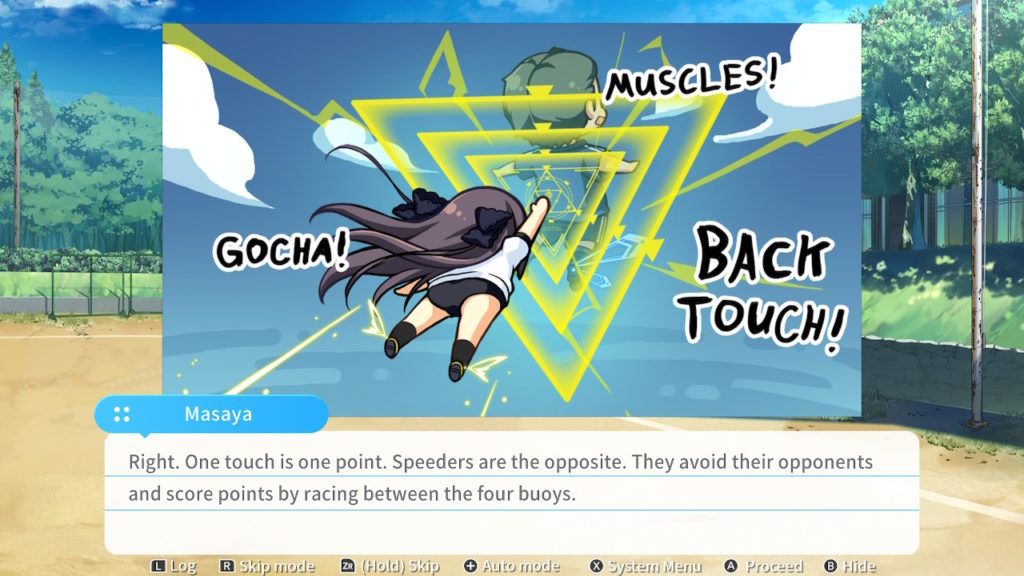 The protagonist of this story is Masaya Hinata, the classic Japanese introverted student tormented by the dreams, successes and failures of the past. The boy in fact, despite his talent in the discipline, repudiates any link to it. As in any visual novel, one day Masaya collides by pure coincidence with Kurashina Asuka, a young damsel who - a few hours later - turns out to be not only the new classmate who has just moved, but also his student in the "certification for the use of Grav Shoes" course organized by Aoi Kagami, friend and instructor of the boy .

The girl turns out to be a "fast learner", learning in a short time to control her body during the flight, but also an innate talent in the Flying Circus by defeating Reiko Satouin, student of a rival school in a friendly match. This will lead to a series of chain events leading to the creation of the Flying Circus Club and Masaya's return to the world she seeks to escape from. 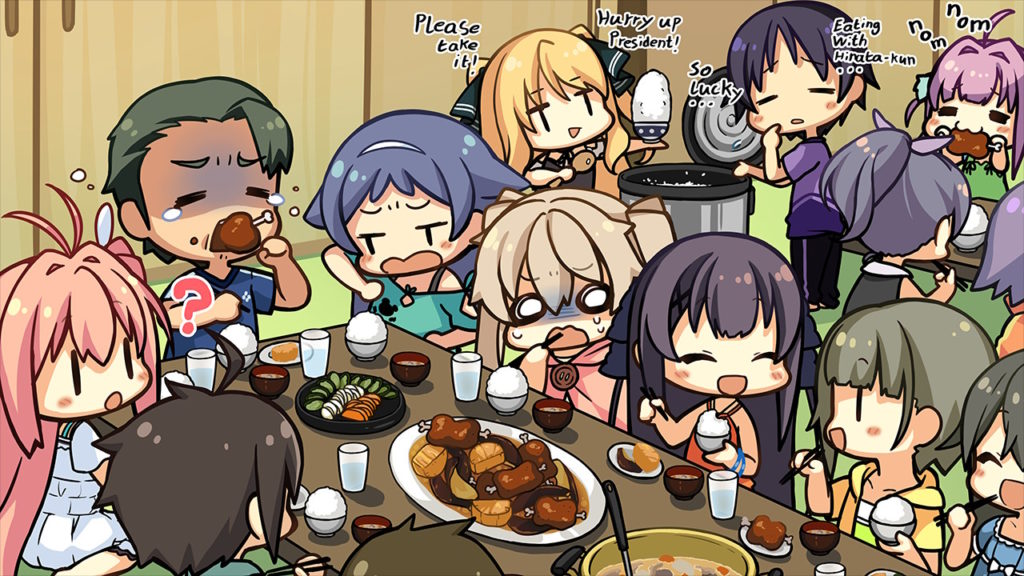 Although the setting of the work is based on the classic models that characterize the erogenous titles, The plot development of Aokana: Four Rhythms Across the Blue is surprising. Before the final chapters dedicated to the route chosen by the player, the game does everything to balance the importance of each character. The result: every main character and does not remain etched in memory. The four romances available, Misaki, Mashiro, Asuka and Rika, while representing the stereotypes of "animu girls", bring with them a psychological and emotional development that - depending on the chosen route - is deepened, culminating in the classic "good ending" by Dating Sim. Even the male characters get their moments of fame, showing themselves essential within the flow of events, demonstrating for the third time how the developer uses the fanservice as a side dish to make the package attractive even to the average consumer of eroge.

Too much visual, little choice

While I appreciate Sprite's commitment to writing this script, Aokana: Four Rhythms Across the Blue it suffers in the area where no visual novel has to suffer: interactivity. During the 8 chapters that make up a complete run of the game, the choices available that change the course of history you can count on two hands. And despite the role of Masaya's Coach suggests a strategic approach to the various matches, with the possibility of choosing the moves and the style of play of the protagonists, this never happens. Not even during the finale. And the lack of interactivity within a 40-hour product can create problems. Less patient players may find the chapters a little too tedious and verbose unless the latter falls in love with the artistic style of the title. 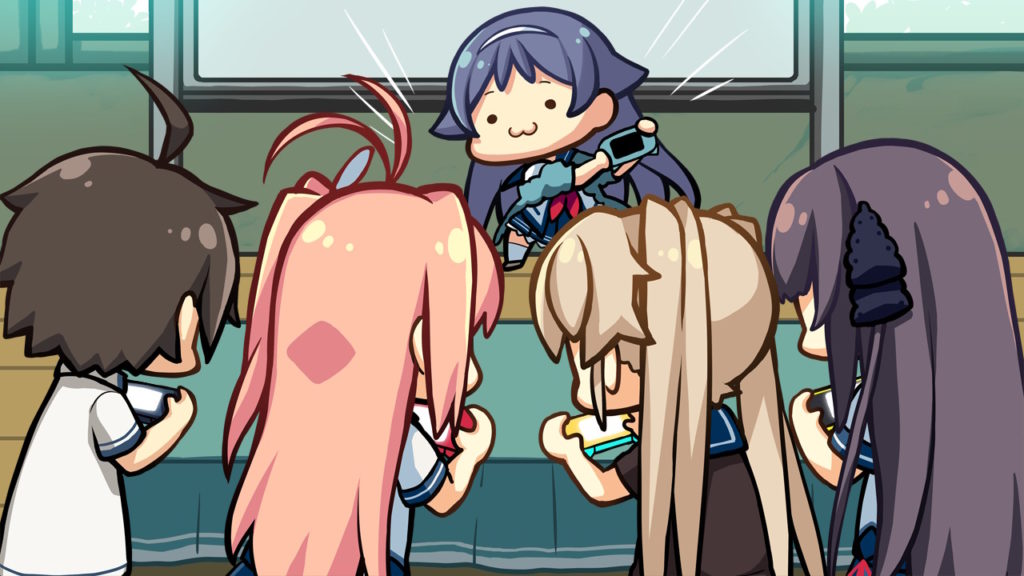 This is obviously a flaw that has plagued the genre since the dawn of time, with few titles serving as an "exception". From my point of view, there is always a gray area that can please everyone. For example, the addition of strategic "placebo" options - that is different actions that lead to the same result but using different narrative and directorial approaches - would add a minimum of variety and interactivity, lightening the weight of the work and inviting players to carry out further run to revisit these scenes and to unlock extra illustrations within the gallery.

Obviously, one of Aokana's key selling points lies in the illustrations. Starting from the character sprites used during the simple dialogues, up to the individual illustrations used during a precise moment of the narration, the amount of work and the high level of the entire production is undeniable. To compensate for the rigidity of the sprites, the development team opted for a gimmick to give emotion to the characters: a simple animation of very few frames, together with the right expression. 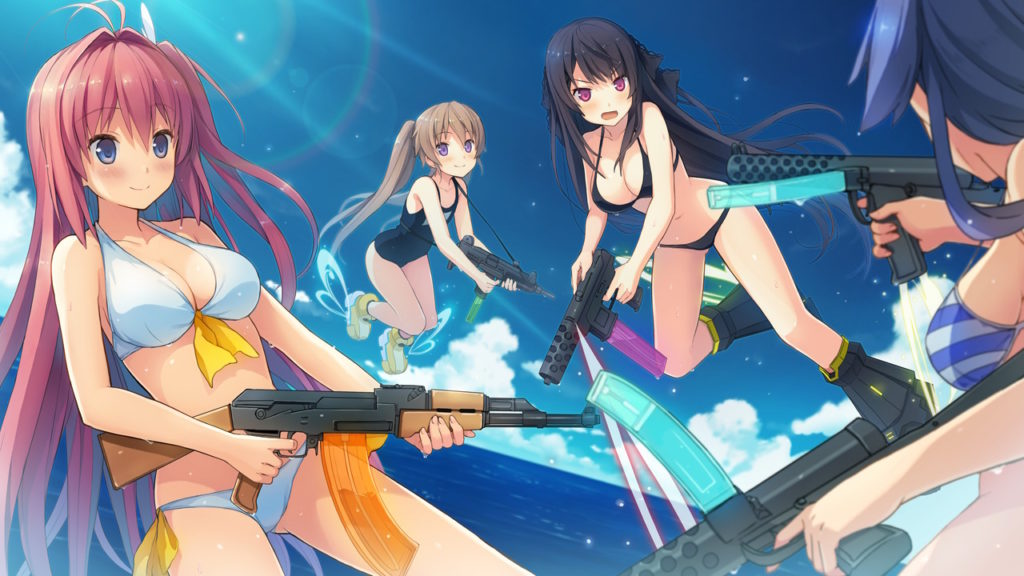 Obviously, being a Visual Novel with various routes dedicated to the protagonists, at some point you find yourself face to face with the feelings of your favorite partner. And we all know what happens during such moments. Well yes, in addition to wink at the most mischievous through simple jokes by the characters, Aokana features several “hot” illustrations that showcase the beautiful curves of the female cast (also by loli Mashiro). 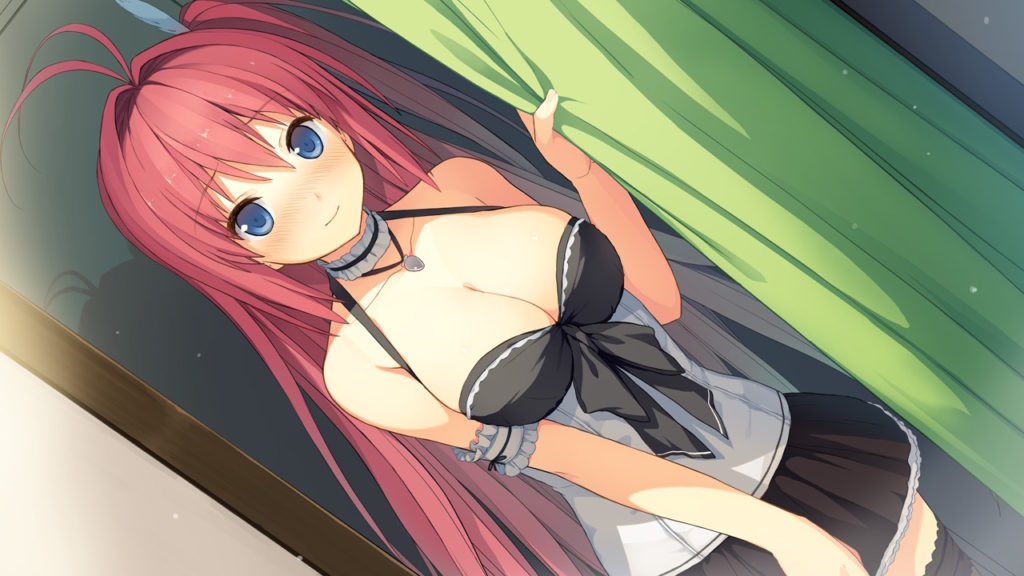 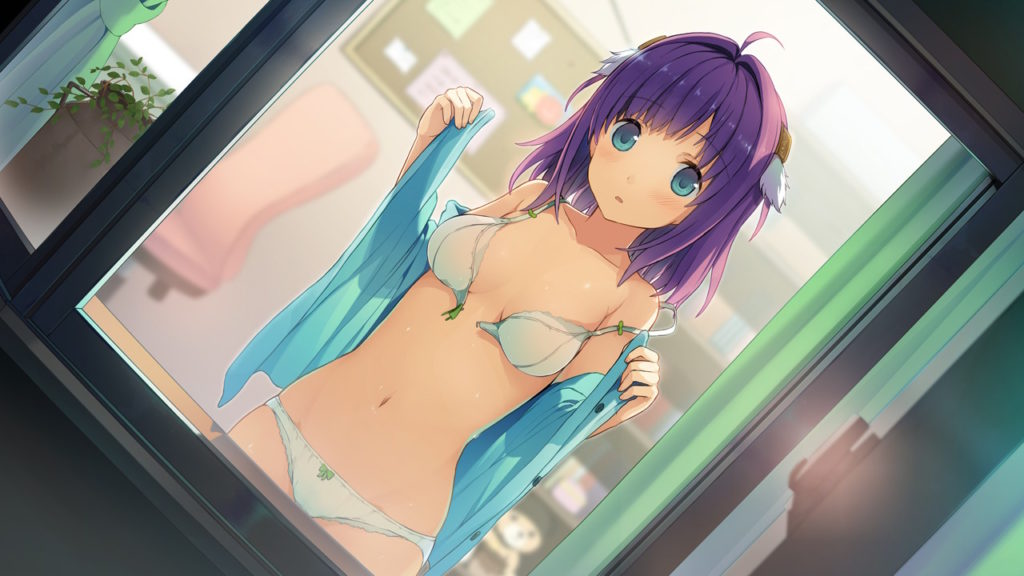 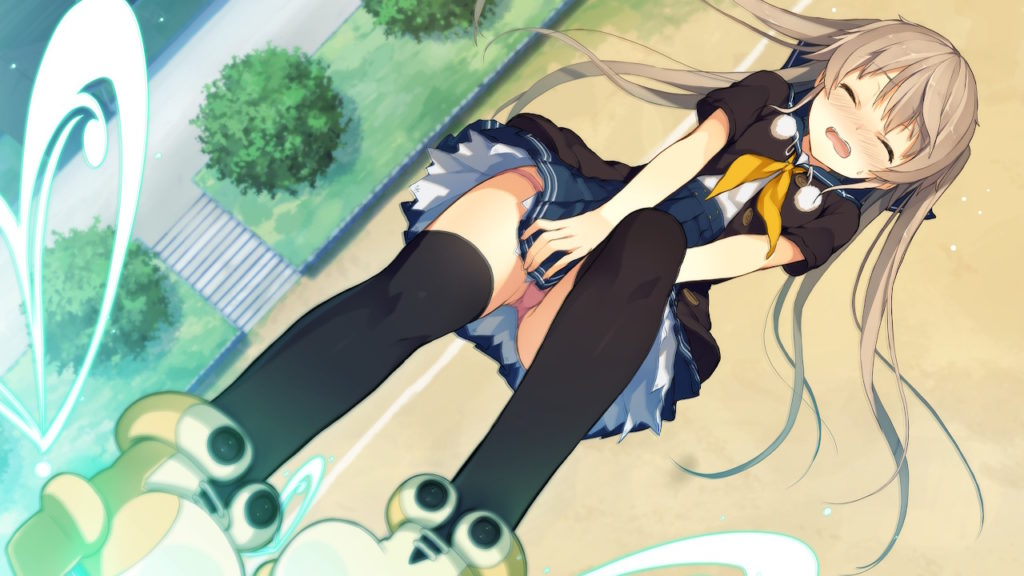 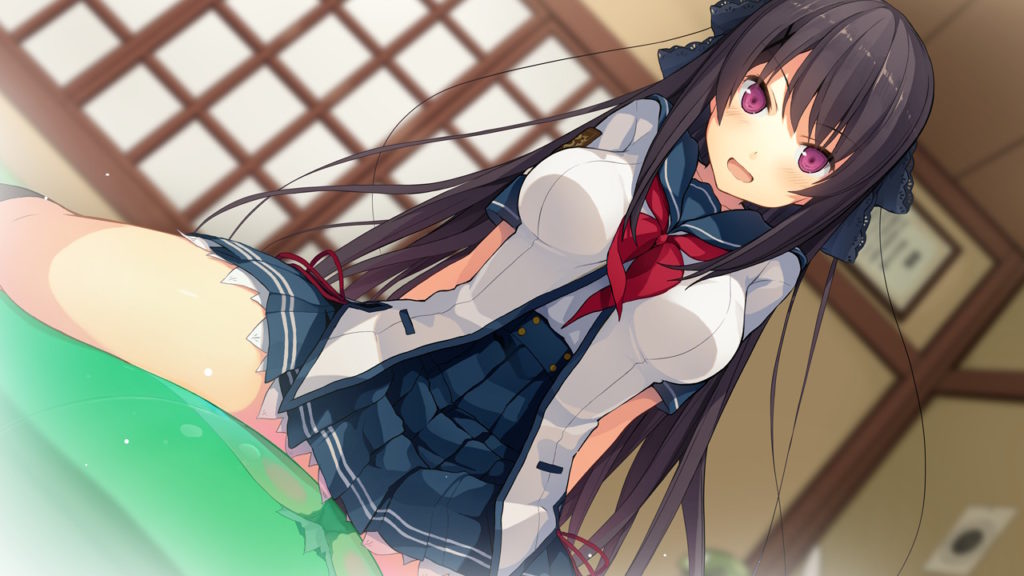 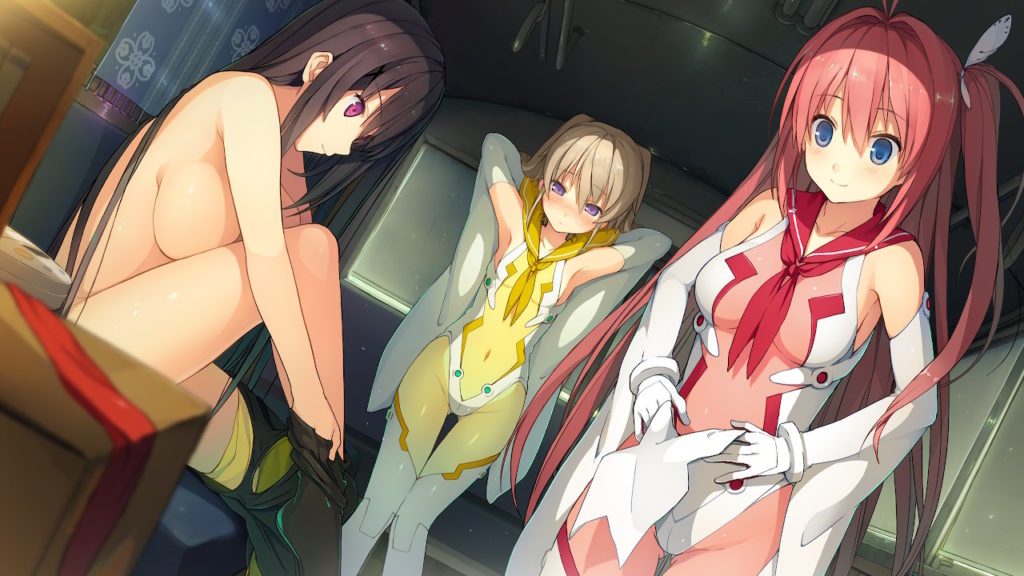 Summing up, Aokana: Four Rhythms Across the Blue is a package that convinces despite its obvious flaws. Those who appreciate a compelling storytelling and a little healthy competition like “Kuroko no Basket” could stay glued to the screen for several hours, trying to analyze the strategic element of the Flying Circus. Those interested in the Dating Sim element, on the other hand, could remain almost dry-mouthed given the lack of interactivity with the title. As for the best version of the title, Nintendo Switch or PC are the only platforms in which the work is released in its entirety. On the PlayStation 4, however, many scenes have been censored or even removed. Such a pity.

SnowRunner, released the trailer with all the features of the game