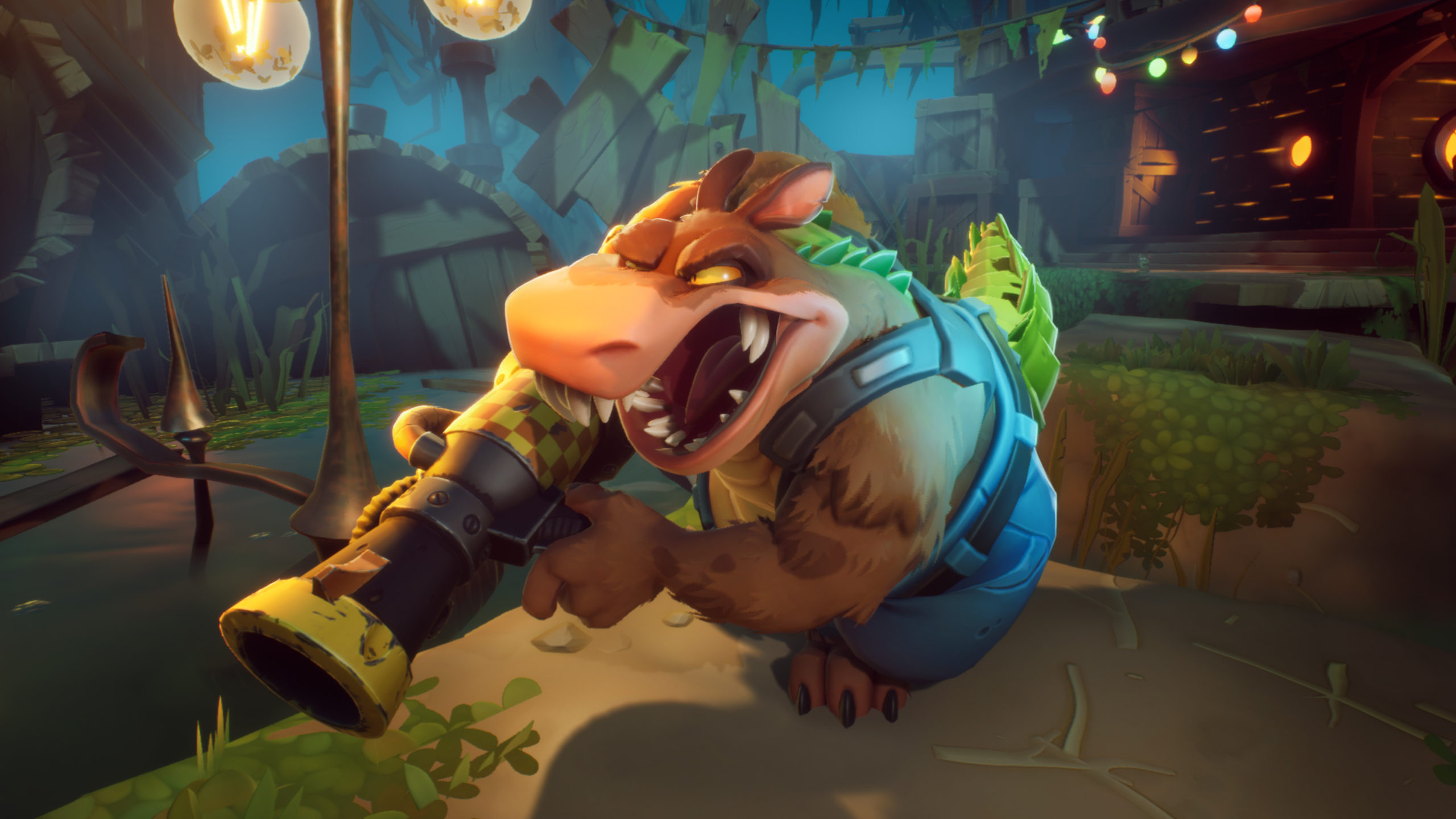 SANTA MONICA, Calif .– (BUSINESS WIRE) -#CrashBandicoot–Crash Bandicoot is back and going all-new in Crash Bandicoot ™ 4: It's About Time ™. Debuted today during PlayStation's “State of Play” event is a new mode of play that's being added to the platform adventure called: N. Verted mode - a Bumpa-berry fueled mirror mode which lets players traverse through neon wastelands, old timey film sets that crank up gameplay speed and other awe-inspiring new takes on Crash's world. But that's not all! More characters from the Crash Bandicoot ™ multiverse are coming back, including Dingodile, tail-slapping his way through crates, now as a new playable character in the platform adventure games. Additionally, many zany unlockable skins will be available when the game launches on October 2, 2020. PlayStation players will also get to enjoy several additional time-shattering skins upon reaching the Dimensional Map.

To help create this mind-bending style of play for Crash Bandicoot 4: It's About Time, lead developer Toys for Bob collaborated with friends at Beenox to create the unique presentations in this mode. Properly named the “N. Verted mode ”- this bizarre take on levels takes the concept of mirror mode and phase-shifts it into entirely new dimensions, giving players alternate perspectives, sound effects, music and in some dimensions, extra additional transformations to the gameplay experience. Players will be able to master every world all over again by replaying in N. Verted mode, earning Bumpa-berries instead of Wumpa fruit, with opportunities to rack up even more rewards.

“This is the first new game in the Crash Bandicoot series in more than a decade, so we felt it was important to introduce a brand-new style of play, ”said Paul Yan, Chief Creative Officer and Co-Studio Head at Toys for Bob. "We teamed up with our good friends at Beenox to help us develop N. Verted mode, and they brought all of the same passion and expertise that went into the amazing Crash ™ Team Racing Nitro-Fueled. "

Crash and Coco will also be joined by new playable characters at key points on their journey to save the multiverse. In addition to already revealed Neo Cortex, enter fan-favorite Dingodile - half dingo, half crocodile - as a playable character for the first time in the platform adventure games! after Crash Bandicoot: Warped, Dingodile hung up his old flamethrower-rocket launcher combo and retired from a life of villainy. But now he's back with unfinished business, falling through space and time into another dimension where his adventure to return home begins.

Further customizing the bandicoot experience, Toys for Bob is revealing unlockable skins for Crash and Coco that will be unlocked by players that earn gems and complete challenges throughout the game. These all-new skins are totally cosmetic, giving bandicoots dozens of costumes and wacky outfits to wear across levels while showing off their achievements, adding another level of zaniness to the N. Sane nature of Crash Bandicoot 4: It's About Time. From pirate garb, to space suits, to unicorn onesies, dinosaur scales and more - you'll need serious skills to unlock every skin in the game! Arriving first on PlayStation are two additional sets of skins for Crash and Coco awarded automatically after players complete the second level of the game and access the Dimensional Map. These skins, dubbed “Marsupus Erectus” and “Serious Upgrade,” will be available on other platforms no earlier than December 31, 2021.

"Toys for Bob has pulled out all the stops modernizing this classic franchise, from bringing to life visually stunning worlds, to creating a wide breadth of content and new ways to play, like N. Verted mode and additional playable characters," said Michelle Bresaw , Vice President of Product Management and Marketing at Activision. “We're confident this is a sequel fans have been waiting for, staying true to the franchise, while also bringing a fresh, new experience.

Crash Bandicoot 4: It's About Time will be available for PlayStation® 4, PlayStation® 4 Pro, Xbox One and Xbox One X on Oct. 2, 2020. Pre-orders are live now for a suggested retail price of $ 59.99 in the US For more information on the Crash Bandicoot franchise, please visit www.crashbandicoot.com and follow @CrashBandicoot on Instagram, Twitter and Facebook.

Gian Luca Cama - January 16 2021
Since the announcement at The Games Awards three years ago, no concrete update has ever been given regarding Bayonetta 3. The only ...
News