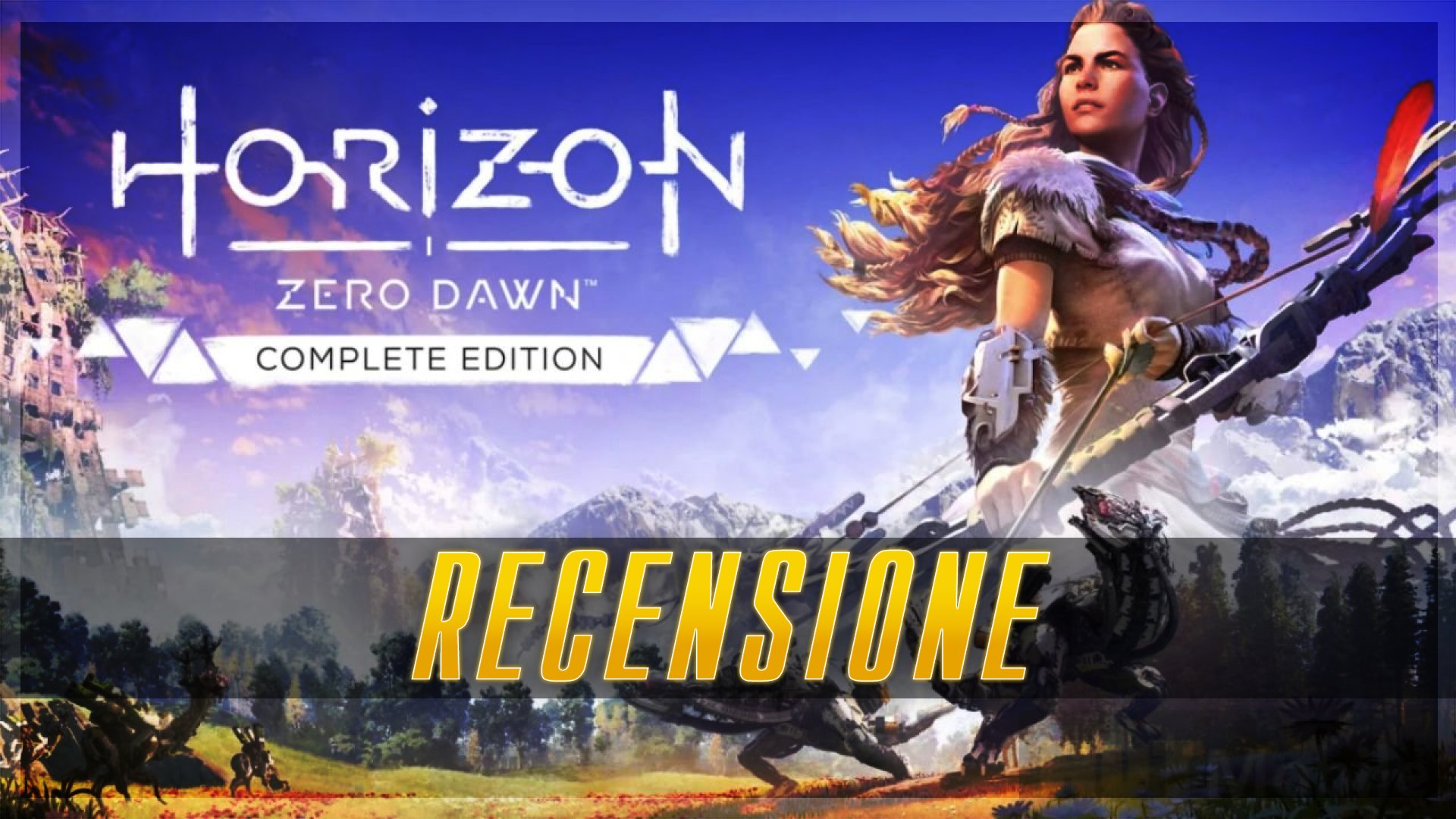 Three long years have passed since Horizon Zero Dawn made an appearance on PlayStation 4 e PlayStation 4 Pro. The title was immediately a huge success, with over three million copies sold in a short time and the general acclaim of all the critics. Guerrilla Games, until then known for its (excellent) series of FPS Killzone, has totally diverged from a terrain known to open its horizons and thus attempt the road ofopen world action RPG, hitting the target almost perfectly. In addition, the software house, indirectly and unknowingly, also favored the birth of Death Stranding through the graphic engine created for the title. In short, a real breath of life for a game that, despite some flaws, succeeds in its intent.

And the comparisons with the game of Kojima Production do not end here: both titles share their multi-platform nature. If for Death Stranding, however, it was clear from the outset that it would also land on PC, the news of the publication on Steam also of Horizon Zero Dawn was like a bolt of lightning, so much so that a sect of players, the so-called fanboy, race unfortunately still among us, also complained that other people, without a PS4, could have fun playing an (ex) exclusive on a different platform than the chosen one PlayStation 4, but anyway. So let's talk about the game quickly and examine the porting available on Steam.

Horizon Zero Dawn, as already said, is an open world action RPG that slowly introduces us to the game mechanics, holding hands for a couple of hours, exactly as Rost does with the little Aloy, the marginalized (despite himself) who must prepare to face the test to be able to integrate within Mother's heart, village inhabited by several people. All in a world that alternates immense and green valleys with snowy mountain ranges whose masters have become metal beasts, animal-shaped machines that, for the most part, are only interested in making their skin. The first specimens found can be easily knocked down through the use of bow and spear, but soon we find ourselves in front of much larger and more complex beasts. In this case, it is necessary to analyze them through Aloy's practical viewer in order to identify the weak points and hit them. In most cases it is advisable to approach in a stealth way, without being identified, so that you can adopt real attack tactics using the weapons available to the heroine. The machines are not the only opponents, however: there are also human enemies, at the head of some outposts whose release fully reflects that view, for example, in Far Cry 4. From the open world classics Ubisoft is also taken up the mechanics of the Collilunghi, peaceful and incredibly tall machines that essentially act as towers through which to discover the game map.

However, don't think Horizon Zero Dawn is a walk. Even at normal difficulty, the clashes quickly become difficult to manage and you have to be very careful not to die quickly. At the same time, Aloy becomes stronger and stronger thanks to both ability, to be unlocked with a series of points obtained when you level up, either with the purchase and improvement of equipment. In short, on balance it is still an excellent game, fun and rewarding. Personally I found the story slightly weak, which after a while also becomes predictable. The version available for purchase is the Complete Edition, therefore also containing the excellent expansion The Frozen Wilds, which introduces new mechanics and a new area, lo gash.

As for the realization of the porting made by the guys from Virtuos: let's say that I expected much better. I tested the game on a PC with RTX 2080, i7-9700K and 16GB of ram. After a strange and monstrous initial loading (I'm talking about 15 minutes of waiting) Horizon Zero Dawn starts, which finally perfectly supports i 21:9 (except during the videos) which, together with the possibility of widen the field of view, finally allows you to have a truly incredible view and panoramas. The same cannot be said of the performance. In Full HD and with the video quality at Ultra the game reaches approximately i 60 / 65 fps, with a use of the GPU between 90 and 95%. Then we leave out the adaptive resolution, which worsens the image quality without giving an actual beneficial feedback. Not great especially when we consider that too scalability is not the best: lowering all video settings to "low", the exact opposite, barely earns 10 fps. There is also no lack of stuttering phenomena. In short, it seemed to me a very lazy port especially for a game that, however, is from three years ago. It is also worth noting the presence of one dayone patch which, apart from a little bugfix, doesn't change anything else. This intrigues me even more if I then compare a game like Death Stranding to the title, published this year and which is simply perfect on PC, also using the same graphics engine. Of course, it is not only this that must be examined in a port but it is still strange, also because the possibilities offered by the video options are not so many.

Put simply, more could be done but the fact remains that, finally, even a great title like Horizon Zero Dawn, previously exclusive PlayStation 4, can also be played by PC users. We just have to wait for the mods! If you are interested in purchasing, you can connect to official Steam page, the game costs € 49,99.