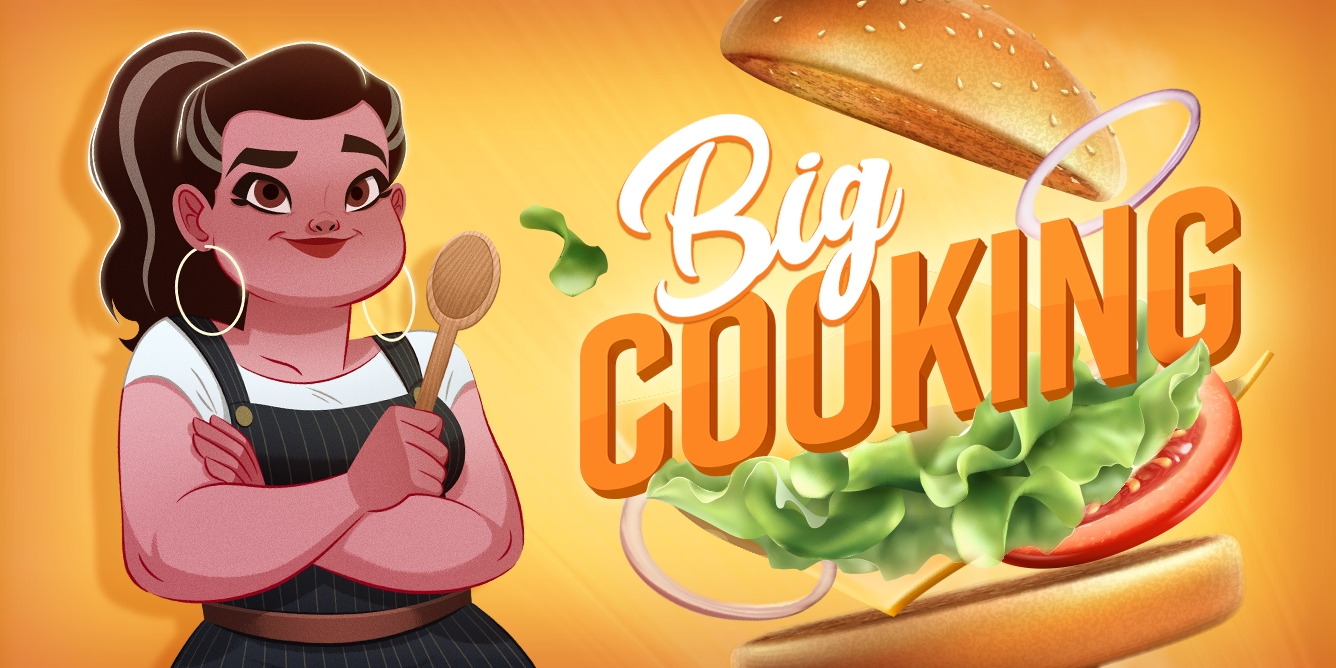 Big Run Studios is also excited to announce that their next mobile title, Big Cooking, will be coming soon. The title features delicious art and tasty gameplay as the studio's beloved heroine Chelsea challenges players to put their culinary skills to the test by completing recipes, impressing customers and beating the clock in this fast, smart and fun cooking competition.

“We share Big Run Studios' passion for transcending boundaries in interactive entertainment and are excited to support their efforts,” explains Shanti Bergel, Managing Director of the Transcend Fund. "Combining a focus on traditionally underserved audiences with AAA expertise enables their talented team to consistently create meaningful, fun experiences that are easy to pick up but hard to put down."

"We believe Big Run Studios has massive opportunities ahead, which is why we're excited to further invest in their innovation," explains Sam Englebardt, Head of Galaxy Interactive. "They truly understand their audience and have keen instincts for developing polished, casual, competitive mobile games - making it a winning combination."

Big Run Studios is a fast-growing mobile games developer and publisher. Founded by game industry veterans Andrew Bell (CEO) and Buren Renick (COO), it has assembled a rockstar team of multi-discipline experts who develop high quality mobile products at an astounding rate. Big Run Studios' Blackout Blitz, Big Run Solitaire, Big Hearts and Farm Sweeper are all out now on the App Store. The studio's mission is to create cutting-edge mobile games for traditionally underserved audiences, which drives each design, brand, and line of code. Look for more to come in 2020 and beyond at www.bigrunstudios.com.

Transcend Fund is an early stage venture capital firm that partners with some of the most ambitious and talented founders in the game industry to collaboratively build the future of digital entertainment.

Galaxy Interactive is a division of Galaxy Digital, a diversified merchant bank specializing in digital assets and blockchain technology. Led by Sam Englebardt (one of Galaxy Digital's partners and co-founders) and Richard Kim, Galaxy Interactive manages and invests from the $ 325mm Galaxy EOS VC Fund (a partnership with software development company, Block.one) with a particular focus on video games, esports, digital objects, virtual and augmented reality (VR / AR) and lifestyle applications that are leveraging the EOSIO blockchain protocol and other technologies to power their businesses.

Uncharted, the release date of the film with Tom Holland was ...

Di Sarno Raffaele - January 22 2021
In the past few hours, Sony announced that it has postponed most of the release dates of its films scheduled for this 2021, obviously due to ...
News

Matteo Runchi - January 22 2021
Mods are integral to Skyrim's success. The passion shown by the fanbase has kept the game alive for those who now ...

Pre-register Now for Saint Seiya Awakening: Knights of the Zodiac