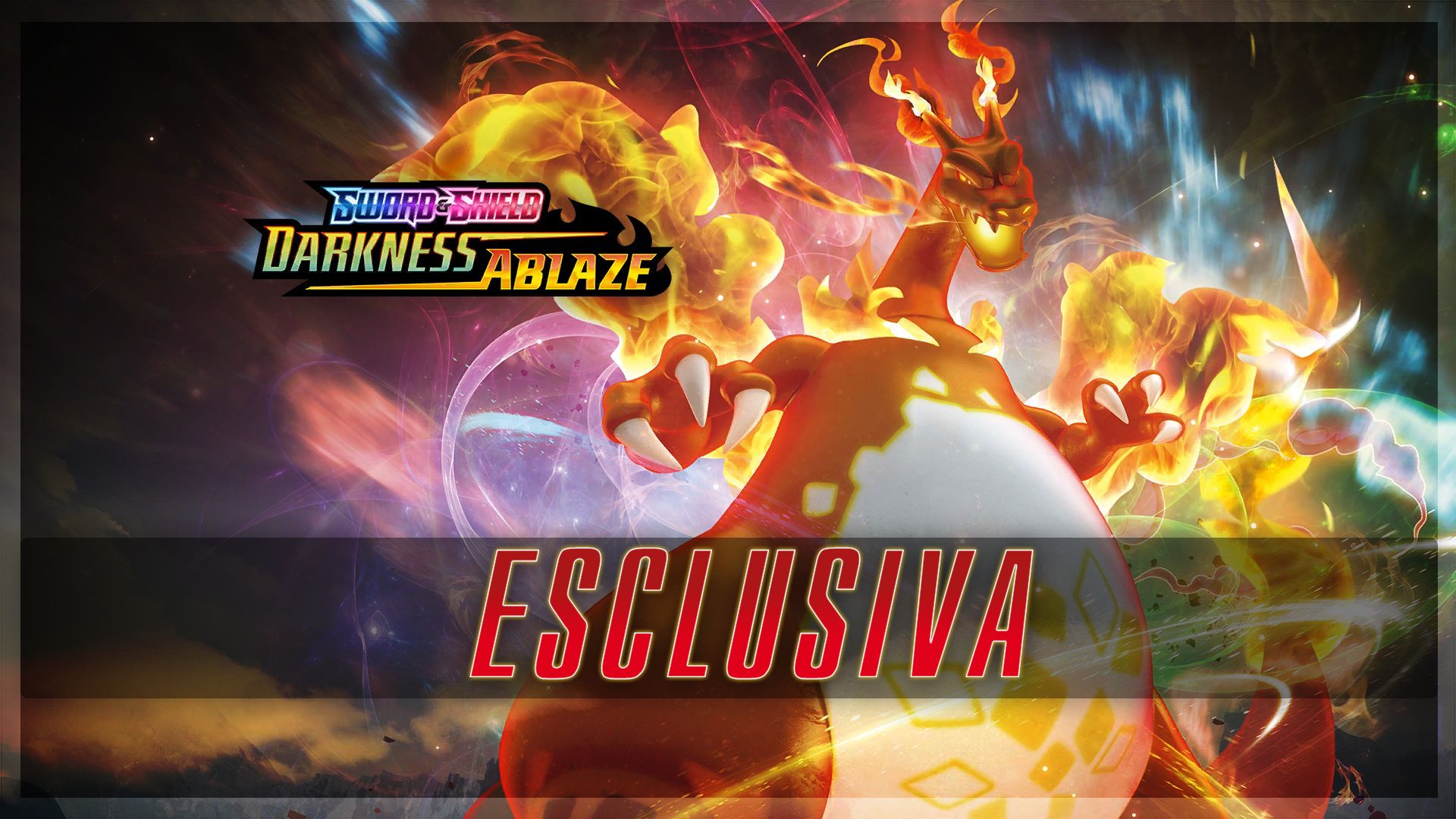 Sword and Shield - Dark Flames is the expected third expansion of the Pokémon Trading Card Game dedicated to the eighth generation of pocket monsters, the next coming 14th August both in physical and digital format. The set introduces over 185 new cards that can be used in a Standard deck, including 14 Pokémon-V and seven very powerful Pokémon-VMAX.

Given the release date of the set now closer and closer, Parliamo di Videogiochi has been chosen to present in Italian preview three new cards in the Sword and Shield - Dark Flames, which found below. 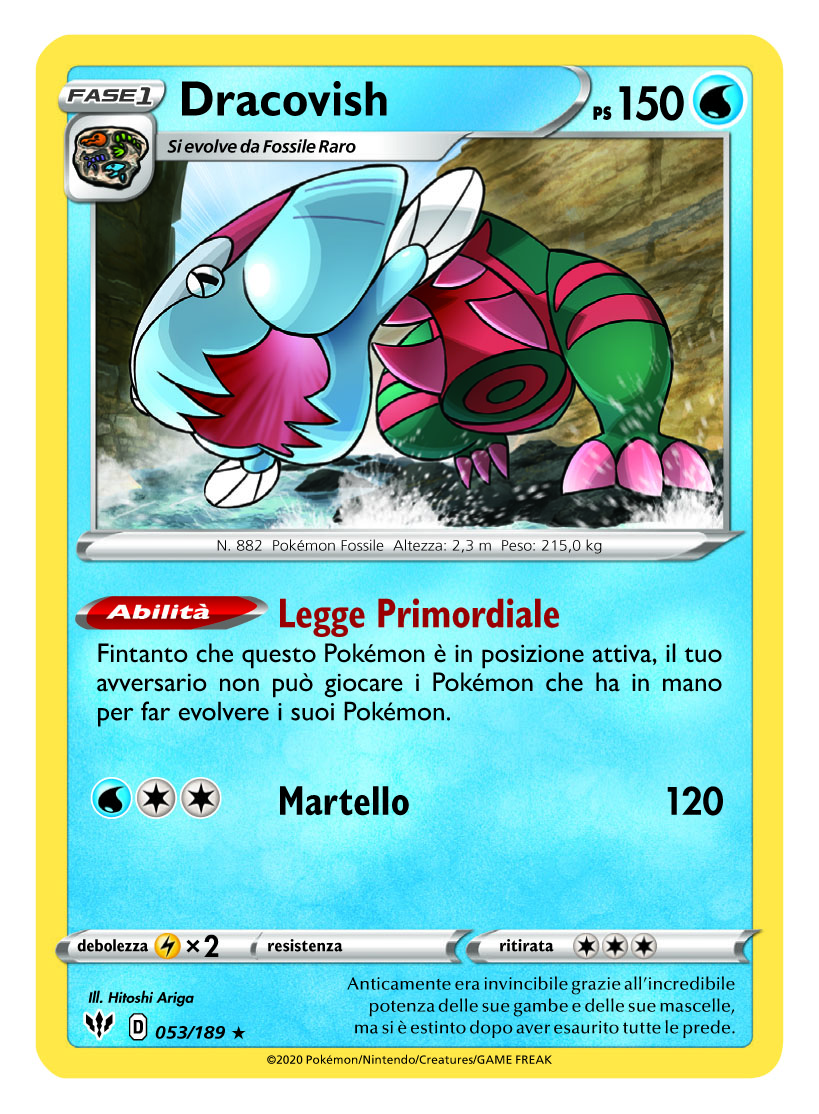 Anyone who has played any competitive matches on Pokémon Sword and Shield already knows how threatening it can be Dracovish. This somewhat bizarre fossil in fact dominated the goal of the video game in its early months, and who knows if this new card in Dark Flames will also do justice to the dinosaur / fish. The most interesting feature of this Dracovish is definitely the skill Primordial law, which prevents our opponent from evolving their Pokémon from the hand as long as we have Dracovish as an active Pokémon. This peculiar ability could therefore be exploited for counter deck strategies based on evolving Pokémon, giving a small space in the middle of the collectible card game to the new Dracovish. 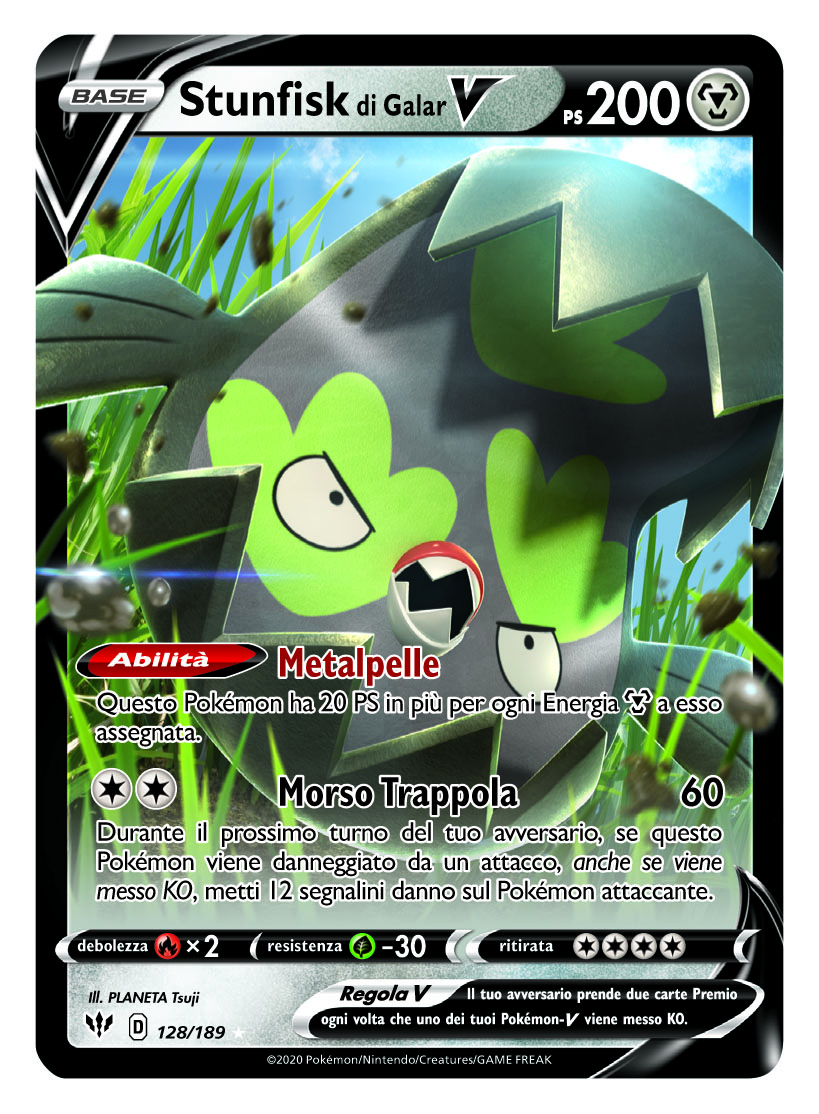 Galar stunfisk finally received justice in Dark Flames, receiving a V card with really bad potential. The Pokémon trap has an excellent base stat of 200 PS, with the ability to become a real tank thanks to its ability Metal leather, which allows Stunfisk to gain 20 more HP for each individual Steel energy attached to it. To top it off, also Stunfisk's attack, Trap Bite, synergizes great with the Pokémon's excellent HP value. In addition to inflicting 60 damage this move will in fact put the beauty of twelve damage counters to any enemy Pokémon that damage Stunfisk in the next turns, making this Pokémon-V really tricky to deal with. 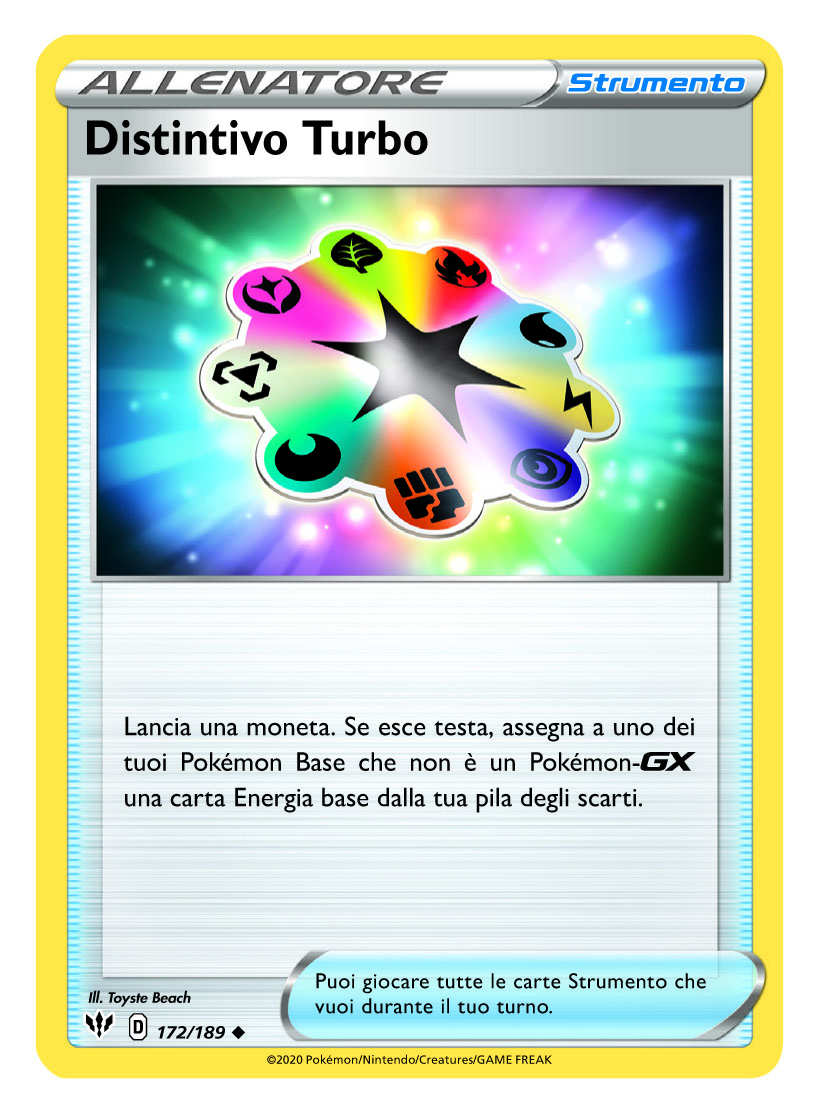 Perhaps the least interesting of the three power level cards, Turbo badge is a tool that allows you to assign basic energy from the discard pile to a basic Pokémon in play, as long as the flip a coin result in a head. The fact that this ability is dependent on tossing a coin is what makes this card difficult to use. Although recovering and assigning energy from discards is not a bad speed advantage, the fact that the card has a 50% chance of failure makes it unattractive to the most competitive players.

Rumor: Rocksteady is developing a game on Suicide Squad

Darksiders III and Biomutant, moving against the trend of safety