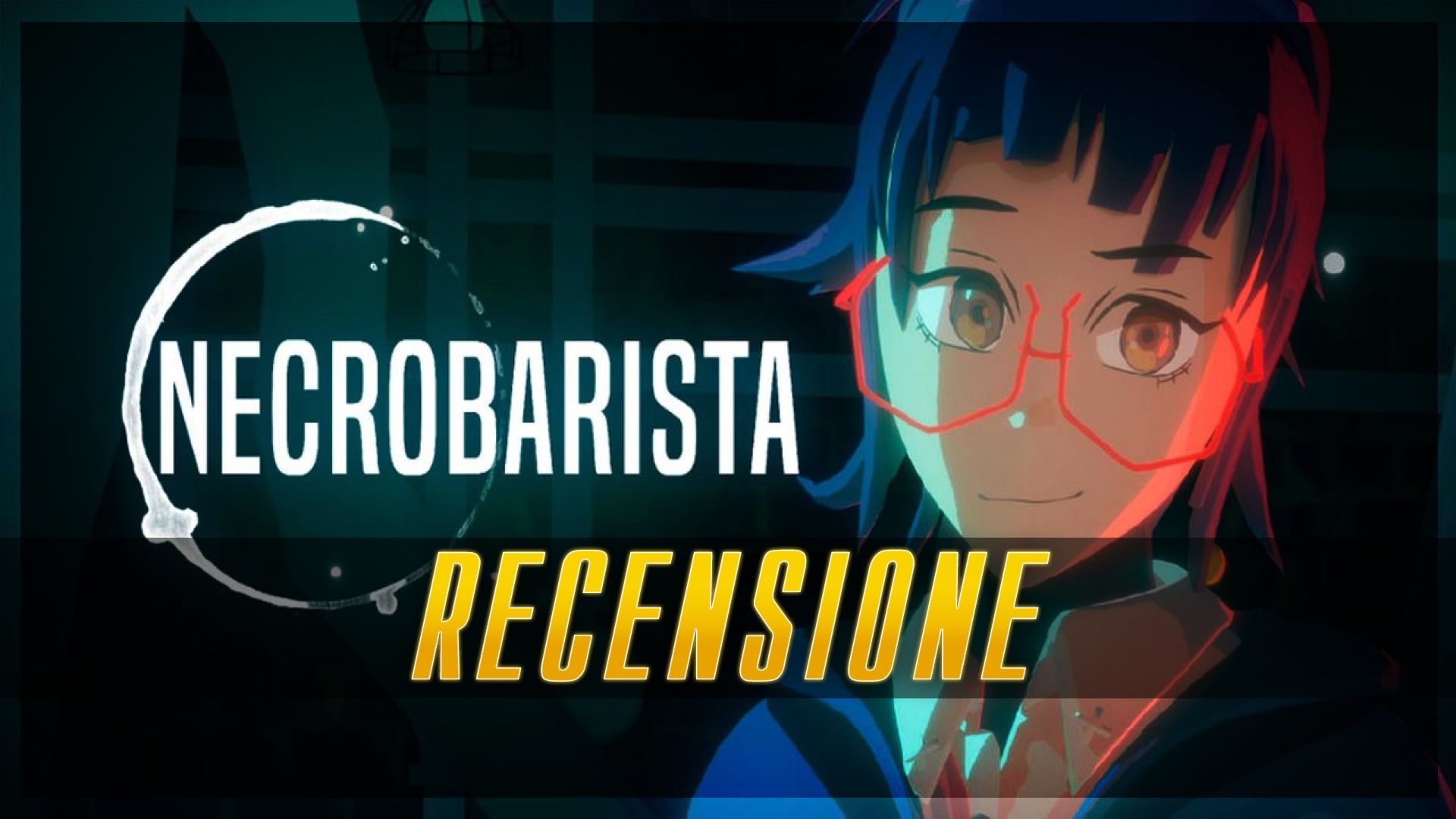 Le visual novel have never been very popular outside of Japan, but now, thanks above all to the Fate saga and the much talked about Doki Doki literature club, the genre has managed to carve out a good portion of the public even outside the Japanese territory. In this atmosphere of discovery and openness to a genre certainly not for everyone, the Australian team Route 59 will have managed to create an innovative visual novel with his Necrobarista, or did he simply do the homework?

Quindecim? No, this is The Terminal

The game opens in an alley of a dark and rainy Melbourne. After taking a few steps and reading a few lines of text that immediately confirm your health, the player is directed to a place on the street: the The Terminal.
Once you enter the cafe you are greeted by Maddy, an exuberant girl who, in addition to being the bartender of the restaurant, is also the new owner. Just the young woman, after a short chat with the young hipster protagonist Kishan, reveals the nature of the bar in complete tranquility: “This, dear departed, is the terminus". 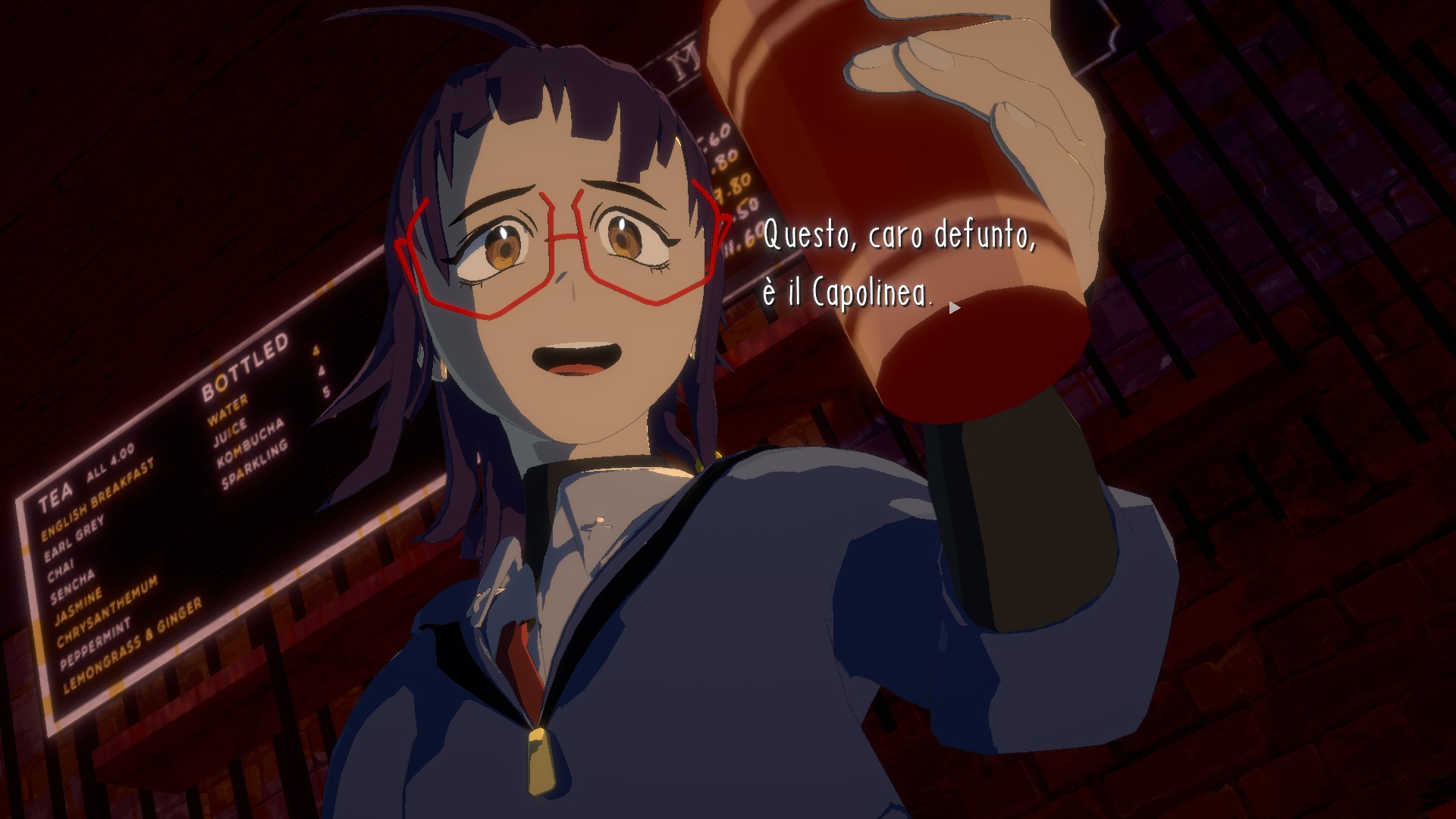 The incipit may not seem particularly original and inspired by other works such as the anime Death Parade, but this is only the beginning of a journey between charismatic characters, tragicomic situations, magic, alchemy and moments of real philosophical reflection on life and death. Since the plot is the centerpiece of the videogame genre examined, I don't want to reveal anything else about Necrobarist in order not to ruin the whole experience.

The joy of millennials

If you never come across the term millennial, don't worry, I briefly summarize the meaning of this neologism. By millennial is meant that generation born between the eighties and the mid-nineties. All those who, as the word says, came into the world at the end of the previous millennium and who experienced the birth and evolution of trends, social networks and the digital world.
Why then call this paragraph "the joy of millennials"? Because Necrobarist is full of ways of saying that we are no longer so young - I am in it too - quotes from works and fashions that we have assimilated during the course of our lives, which are very understandable for us but probably a little less for other generations.

The protagonist contains some traits of the thirty-year-old - or almost - of today, so if you are in this phase of life, you will surely empathize with him. A praise to the Italian adaptation, which does not limit itself to doing the minimum work but gives some really pleasant and coherent lines of dialogue with what is our way of expressing ourselves.

Can we talk about real gameplay?

Gameplay has always been the most limited part of a visual novel. Often the whole experience is based exclusively on reading hundreds of lines of dialogue, perhaps alternating with some multiple choice, but this is not the case. Necrobarist offers the ability to control Kishan firsthand, moving it inside the room to browse around every corner and discover every secret. 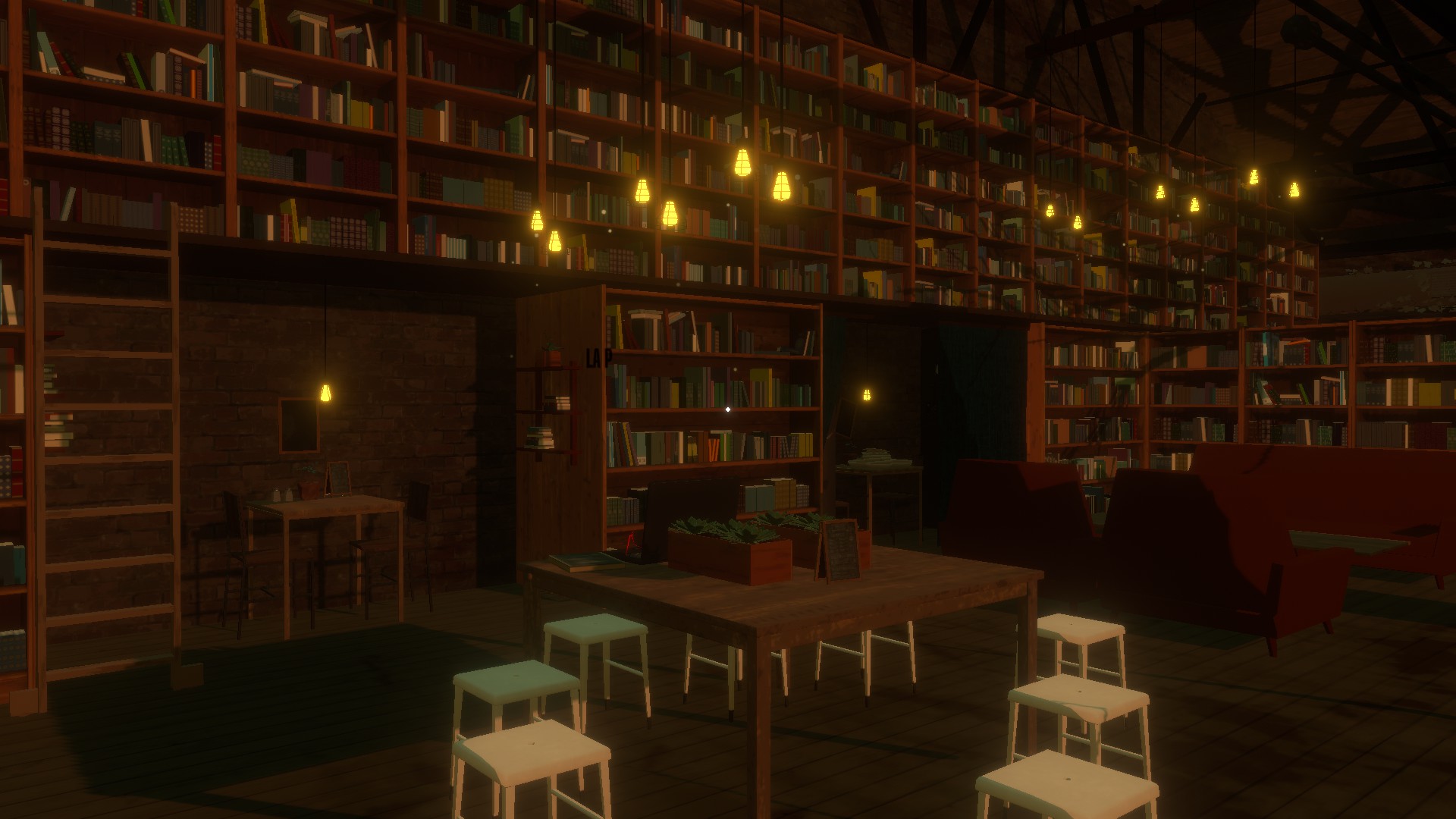 These must be unlocked by entering certain symbols in the appropriate screen: but how do you get these symbols? During conversations some words appear written in yellowtherefore, just select them to get an explanation of them. These must be memorized, because at the end of each chapter they will be selected from a series of random terms. Once chosen correctly, these words change into the aforementioned symbols. A simple gameplay, but which helps to break the rhythm by the continuous click between one dialogue and another. 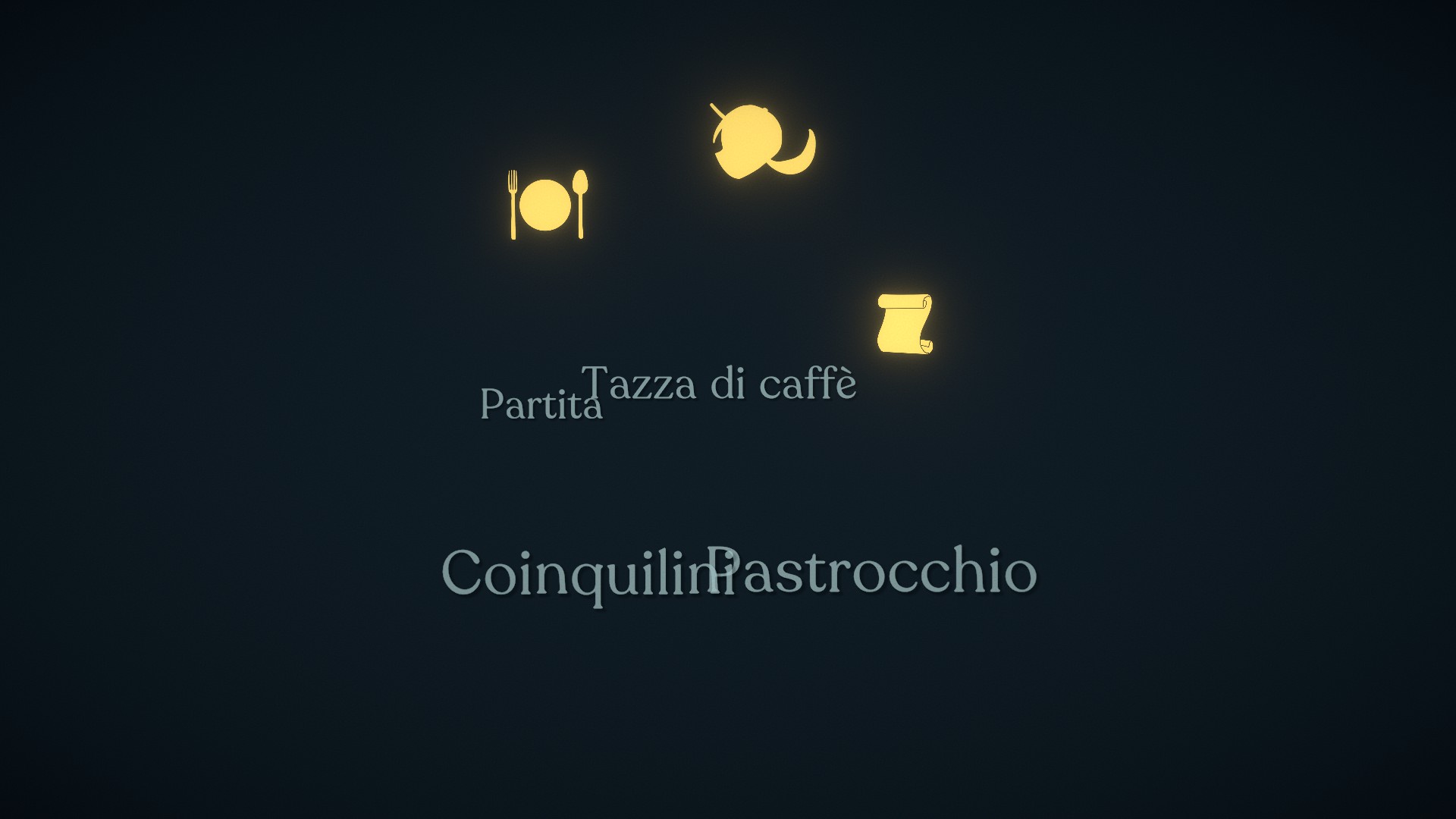 Without too many words, the artistic sector of Necrobarista is really fantastic. Leaving the 2D screens typical of the genre, the development team adopts one 3D cell shading style which is very reminiscent of some anime and, above all, some ATLUS titles such as Persona 5 and Catherine. The scenes that accompany the dialogues are static with regards to the characters on the screen, but often contain a good number of moving particles. The movies, not dubbed like all the rest of the game, use the same graphics engine present in the game, giving a not bad direction for the genre of belonging. 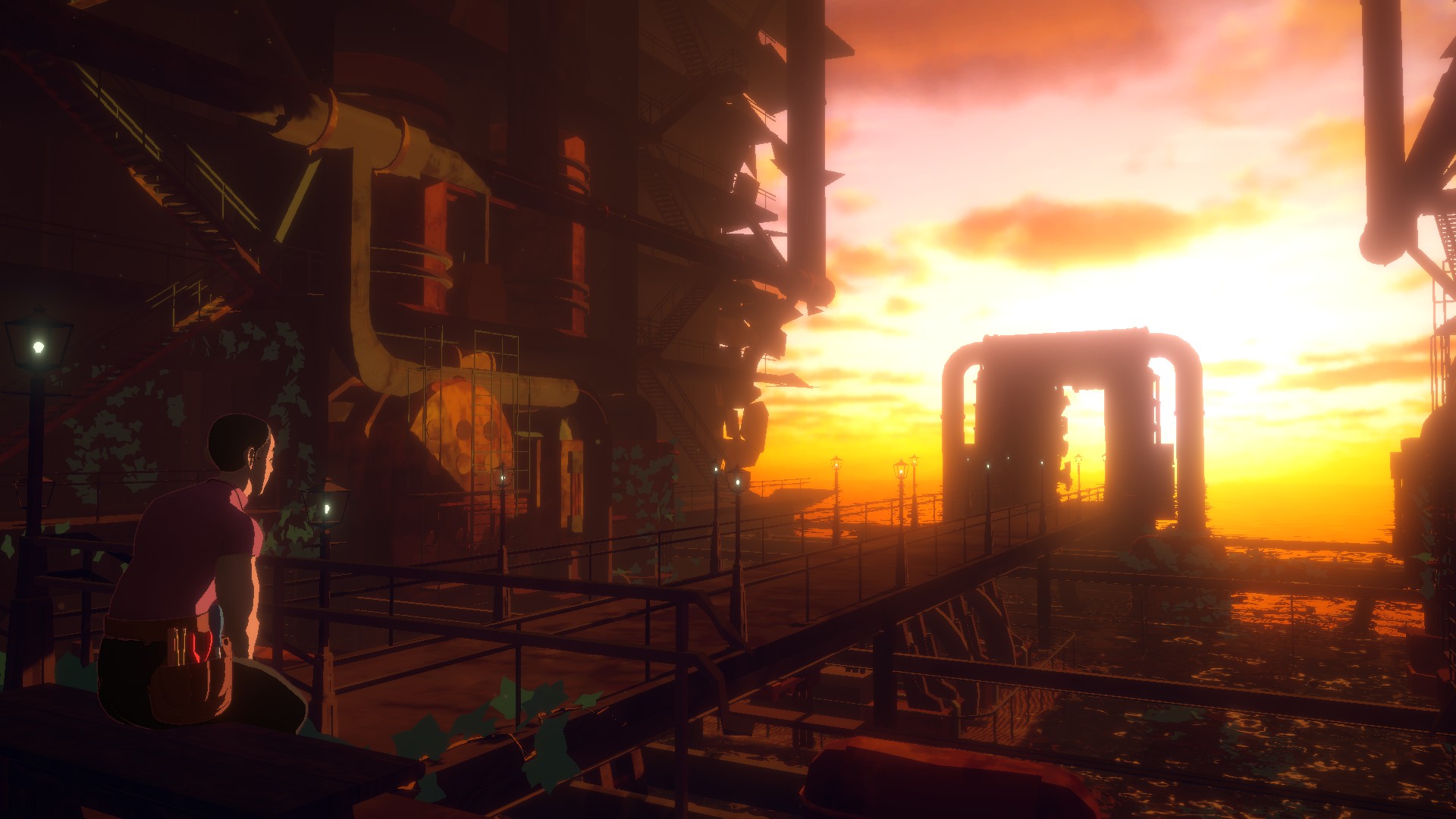 Both dialogues and videos are often accompanied by the beautiful soundtrack composed by Kevin Penkin - author of the OST of Made in Abyss, Tower of God and The Rising of the Shield Hero - who knows how to adapt perfectly to the situations proposed on the screen.
The only sore point in all this beauty is the frame rate, often too dancer during the exploration stages. Of course, these are not real drops that make the title unplayable, but they are still visible.

Welcome to the Black Parade

The efforts of the Australian software house have paid off by giving us one brilliant and aesthetically appealing visual novel. The dialogues are never boring or repetitive, the rhythm is good and the gameplay, albeit limited, helps the title to make its way among other works of the same videogame genre. Necrobarist, thanks to the aforementioned excellent Italian adaptation, the budget price and the low system requirements required to play it, is the perfect starting point for all those who want to enter this world of long dialogues and static scenes, but will certainly be appreciated by those who have been chewing on the genre for some time.
The appointment is set for July 22 on PC, while for the PS4 and Nintendo Switch versions, we will have to wait for 2021. 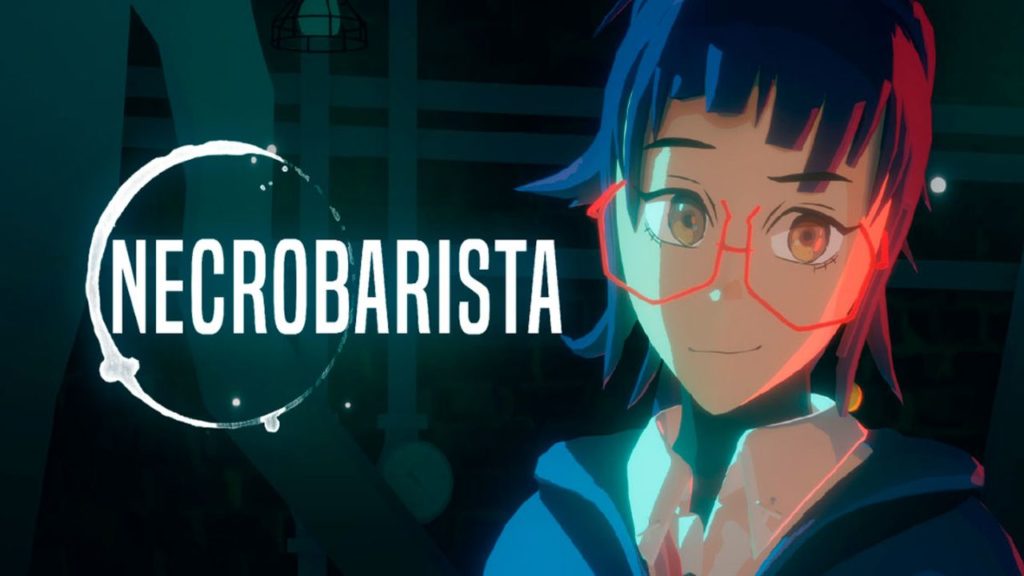 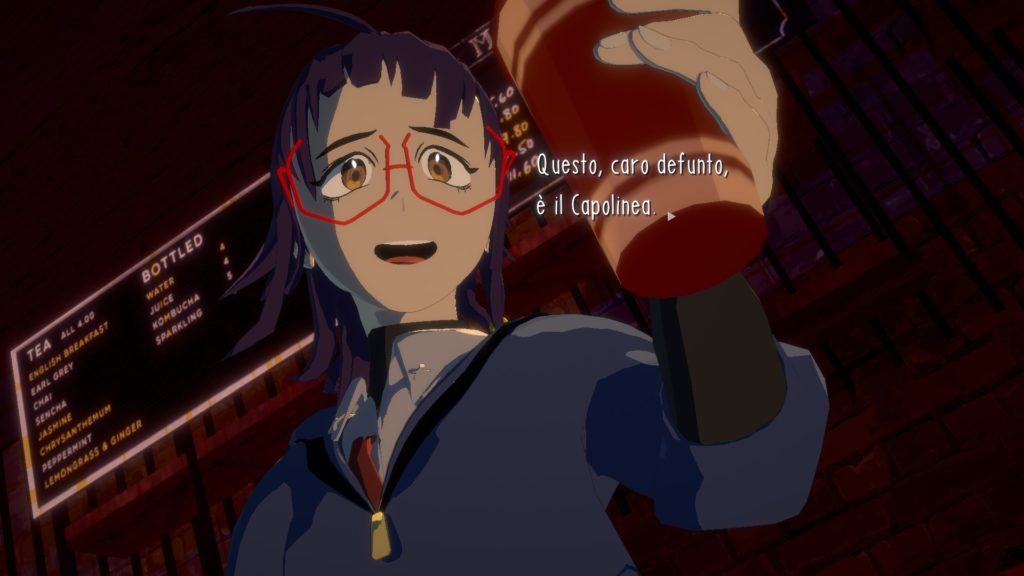 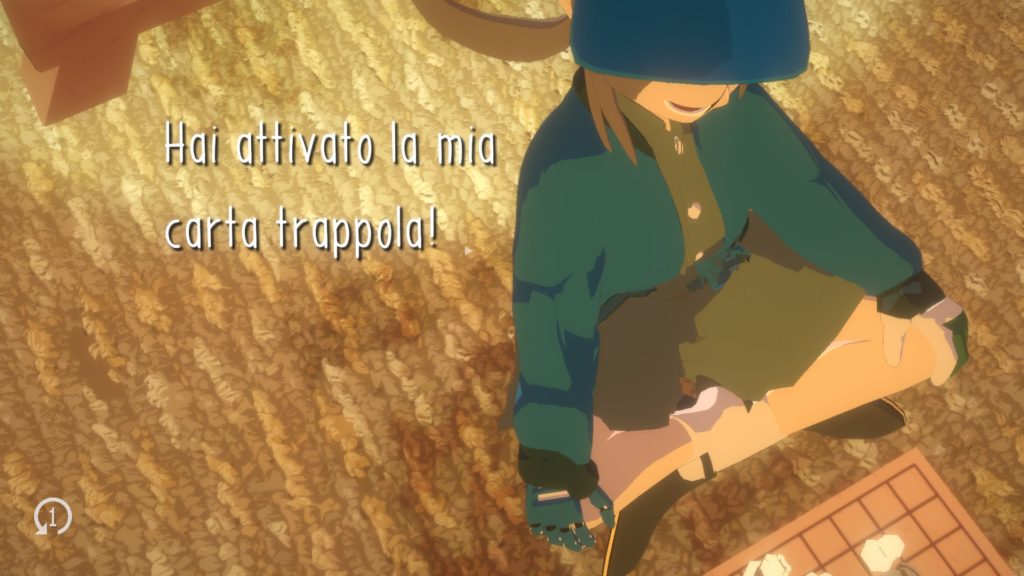 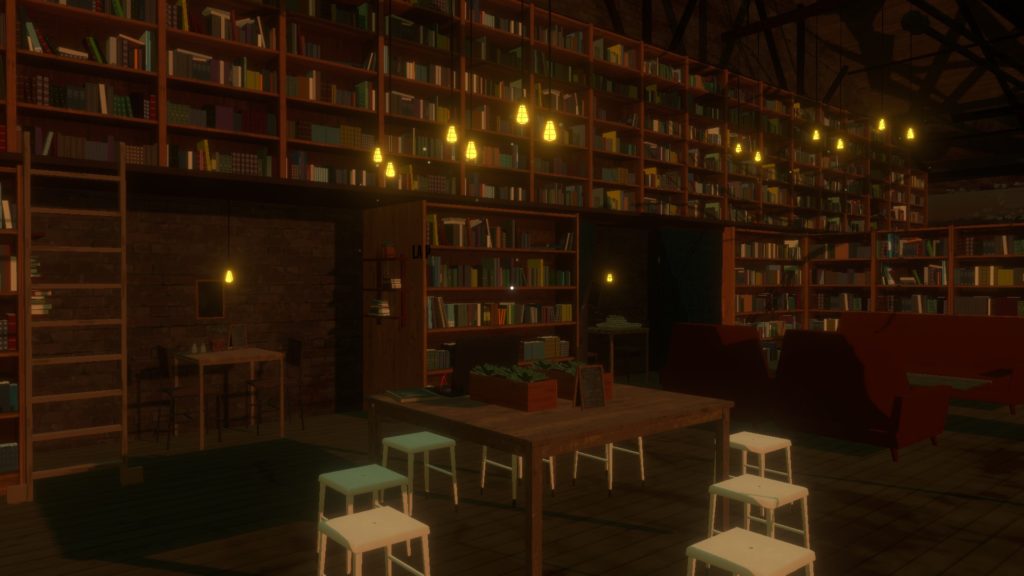 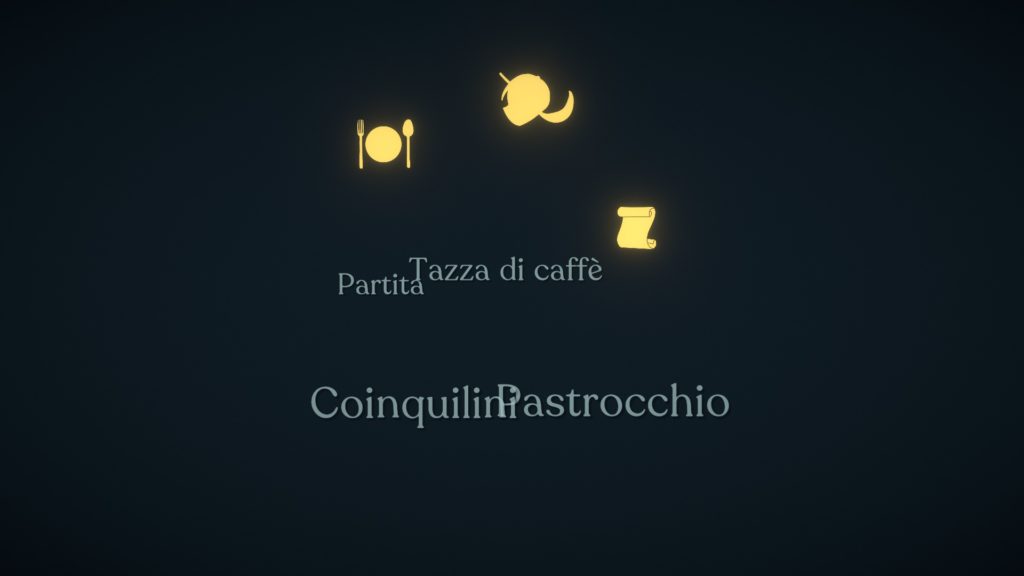 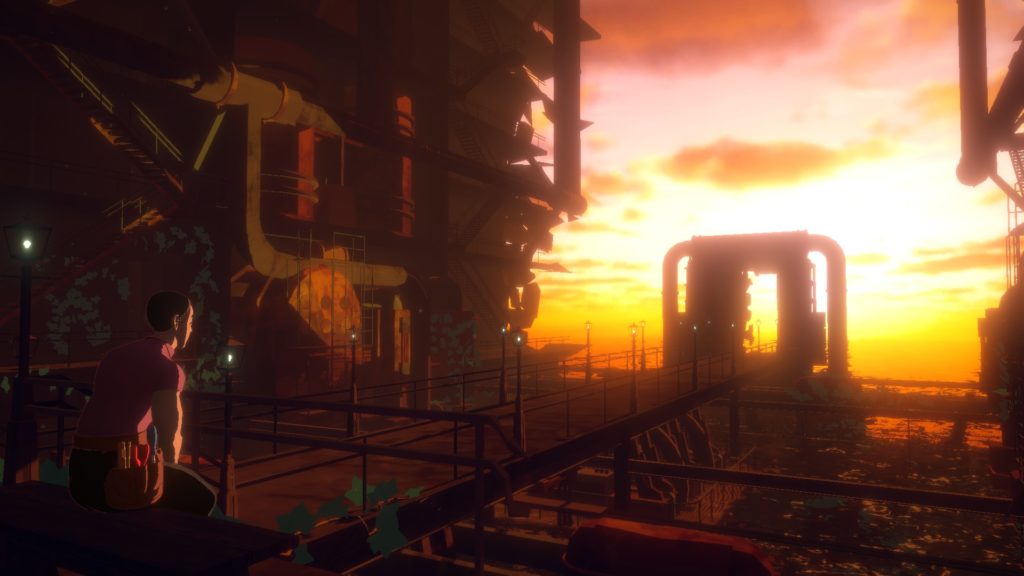 Matteo Runchi - July 30 2021
Alex Afrasiabi's name is the only one to appear, along with that of President J. Allen Brack, in the lawsuit that the state of California ...
News

Andrea Schietroma - July 30 2021
After a couple of Beta phases held over the past few seasons, Bungie is preparing to officially launch crossplay on Destiny 2. Players will be able to ...