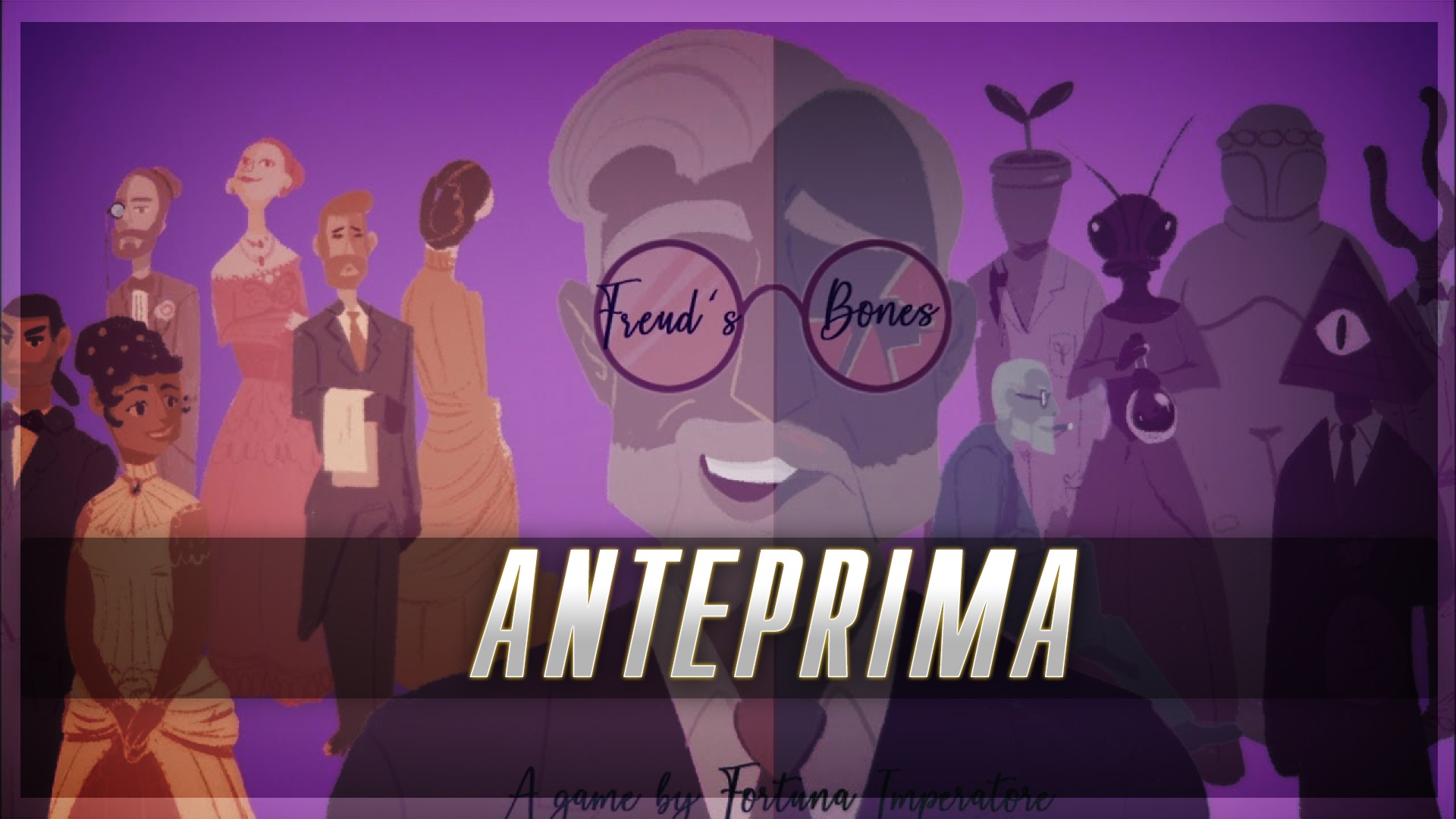 Our impressions on the first demo of Freud's Bones, an all-Italian project on psychoanalysis being funded on Kickstarter, made by two hands by a young budding developer.

I have to admit it didn't have too high expectations when I approached Freud's Bones. As intriguing as the topic may be, I didn't think a game on psychoanalysis would work. Especially one where you take control of the father of the discipline, Sigmund Freud and we start to psychoanalyze patients. But I'm very happy to admit that my prejudices were unfounded. The game reveals an unexpected depth from the beginning, and albeit with some distinctions, this demo promises very well. But let's go in order.

I have no particular feelings towards the point and click genre. I don't like or hate games of this type, although I have never found the gameplay dynamics typical of the genre too interested. In the absence of interest in the game itself, it is the story that has to drag me, and in the first minutes of this demo, Freud's Bones does exactly that. The game opens with two short quotes, one by Krober  and the other of Jung, both criticisms of Dr. Freud albeit diametrically opposed.

The first scene follows, in which we insinuate ourselves into the mind of the brilliant psychoanalyst, tormented by insomnia, and by the abuse of narcotic substances. Here we are forced to make our very first choices, which mark our path of inner voices and probably that of Freud himself. Choices that are far from obvious, and with uncertain repercussions, which are not clarified in the scarce hour that this demo makes available. This uncertainty induces in players a morbid curiosity on the one hand it pushes you to carefully read every word that will appear on the screen, and on the other it puts an almost irresistible desire to continue quickly to see the effects of our decisions on the poor doctor. 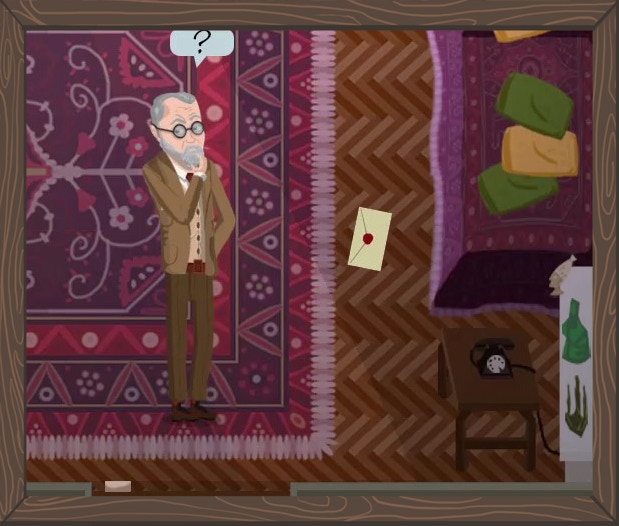 The introduction, accompanied by a short tutorial on game mechanics outside of psychoanalysis, ends with the doctor who falls asleep, allowing himself a few hours of rest before facing a new day.

When he wakes up, Dr. Freud finds him in the post office, delivered to him by his assistant. In addition to a letter arrived by mistake and actually addressed to Freud's daughter, which suggests that there may be a plot even outside the psychoanalyst's studio, we find one medical records, which contains information about our first patient.

The first thing that struck me about what is actually the gameplay loop around which the whole title will turn was the depth. First of all the game provides an encyclopedia of psychoanalysis which, far from being exhaustive, provides the basic concepts of Freudian theory, prompting the player to do an activity of study of the fundamental subject to continue. Language and illustrations make the experience anything but boring, and refresh what for many are knowledge buried in the memories of the philosophy lessons of the last year of high school.

After the theory, and after a brief explanation of how the main hub of the game works, also surprisingly extended in functionality, with an unexpected management aspect, we go to action. We have to analyze our patient, choosing the rhythm of the conversation, the topic of the questions and the tone of voice. A series of parameters and the responses of the patient herself make us understand how effective we have been. The conversation becomes increasingly personal, revealing many personality traits and many aspects of the young woman's life. Many but not all.

If you think the game is over after the psychoanalysis screen gives way to the doctor's office, you are wrong. You should never completely trust what patients say. By analyzing the medical record, in fact, you can find inconsistencies or omissions, which could reveal how much hidden aspects of the psyche of the frequent visitors of Freud's study.

The appearance of the game is simple, but unique and easily recognizable. 2D graphics serve its purpose perfectly. It must be said that I noticed some imperfections, such as dialog comics appearing above the medical record or some typing errors. Negligible defects that, I'm sure, we won't find in the full game.

I really enjoyed the character design, very particular and able to impress on the head with ease. Key feature in a game in which, probably, we will see many faces and we will have to be able to associate them with characters whose psyche we will explore.

In addition to the game itself, I can't say enough about the upstream project. Luck Emperor, the only author of Freud's Bones, she has a degree in psychology, with a master's degree in philosophy and completely self-taught in game design. The product it offers not only needs to be promoted with flying colors from the design point of view, but should be praised for the popular ambition. Facilitating access to one's discipline should be a mission for every scholar, but too often at the academic level in Italy this aspect of research is ignored, if not openly discouraged. In an environment where disclosure through traditional media is also ridiculed, try to explain psychoanalysis with a video game denotes an extraordinary courage and ambition.

The game's Kickstarter has already been fully funded, but personally I invite you to support the project anyway. If the full game meets the expectations of the demo, in particular in terms of the depth of the gameplay, it will certainly be worth more than the ten euros that guarantee you access to the digital copy of the game. If you are still unsure, you can always download the demo from Kickstarter page of the project and try it for yourself.

Freud's Bones will be out in a year, in July 2021. If you want to participate in the Kickstarter you have until 6 August 2020.

Elena Eugeni - February 25 2021
Bravely Default II is not just a video game, it is a dip in nostalgia. The series blends the classic turn-based gameplay of the old Final ...
Mobile Gaming

Di Sarno Raffaele - February 25 2021
In the past few hours, the developers of the Krafton studio have announced the arrival of a new title set in the universe of PlayerUnknown's Battlegrounds, called PUBG: New State. Also...