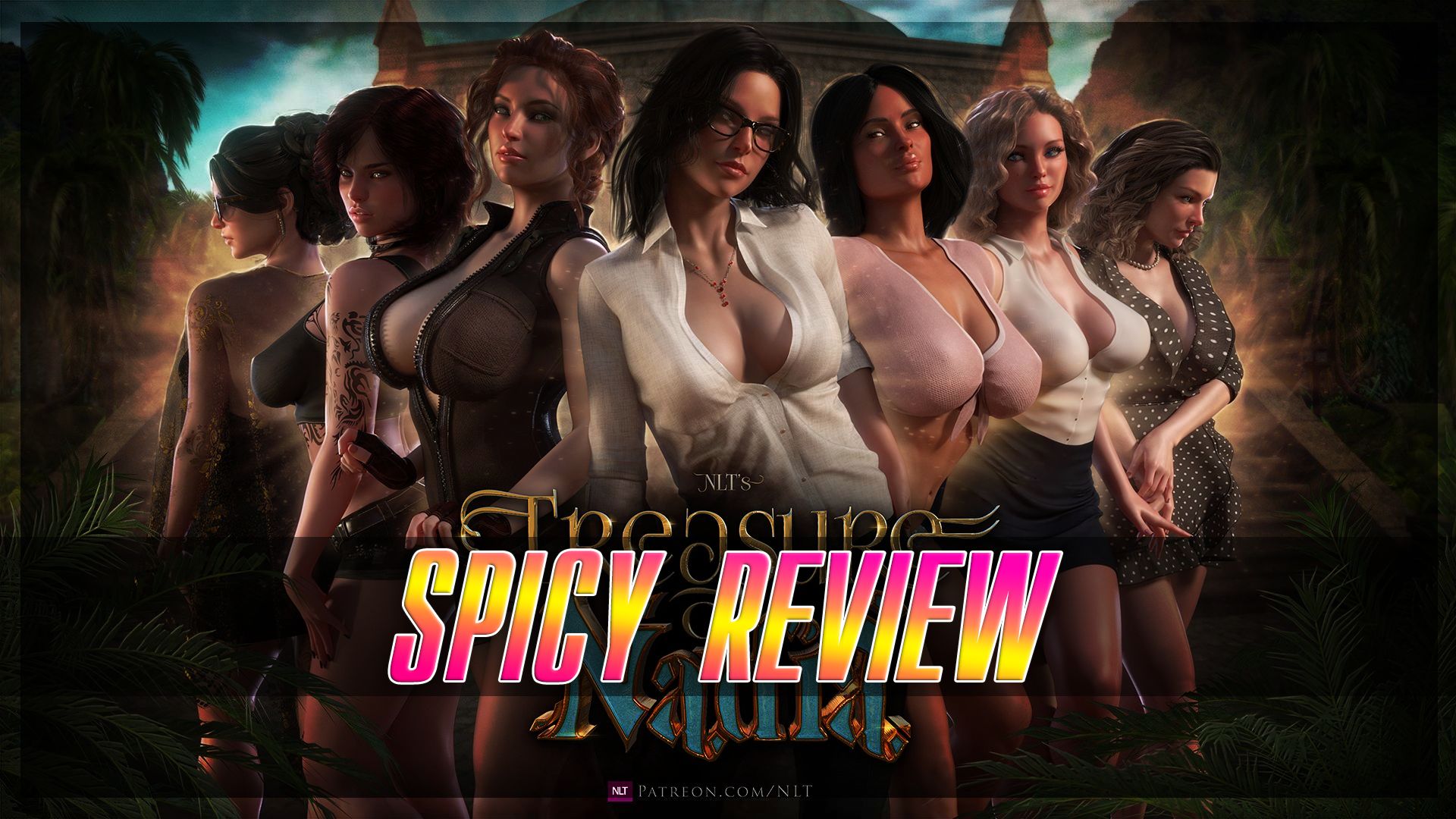 In the coming weeks on PDVG in collaboration with Premium games we will tell you about several adult titles worthy of your attention, selected by us for you.

When you are talking about video games for adults often we think of low-alloy products, which aiming only to show the most explicit scenes, more often than not leave out the rest, becoming nothing more than "mere" interactive pornography. It is therefore necessary to make it clear immediately that Treasure Hunt (original Treasure of Nadia) it does not count among these, and the independent developer NLT therefore he did not limit himself to creating only a sexy adventure in which to establish relationships, even very intimate, with beautiful women. Without ever putting one aside plot which in this kind of titles is usually just sketched, Treasure Hunt in fact, he succeeds in offering the player even one history that although in its simplicity, manages to blend well with the events that lead the protagonist to have relationships with this or the other damsel, without obviously neglecting the most NSFW moments, which certainly are not lacking. 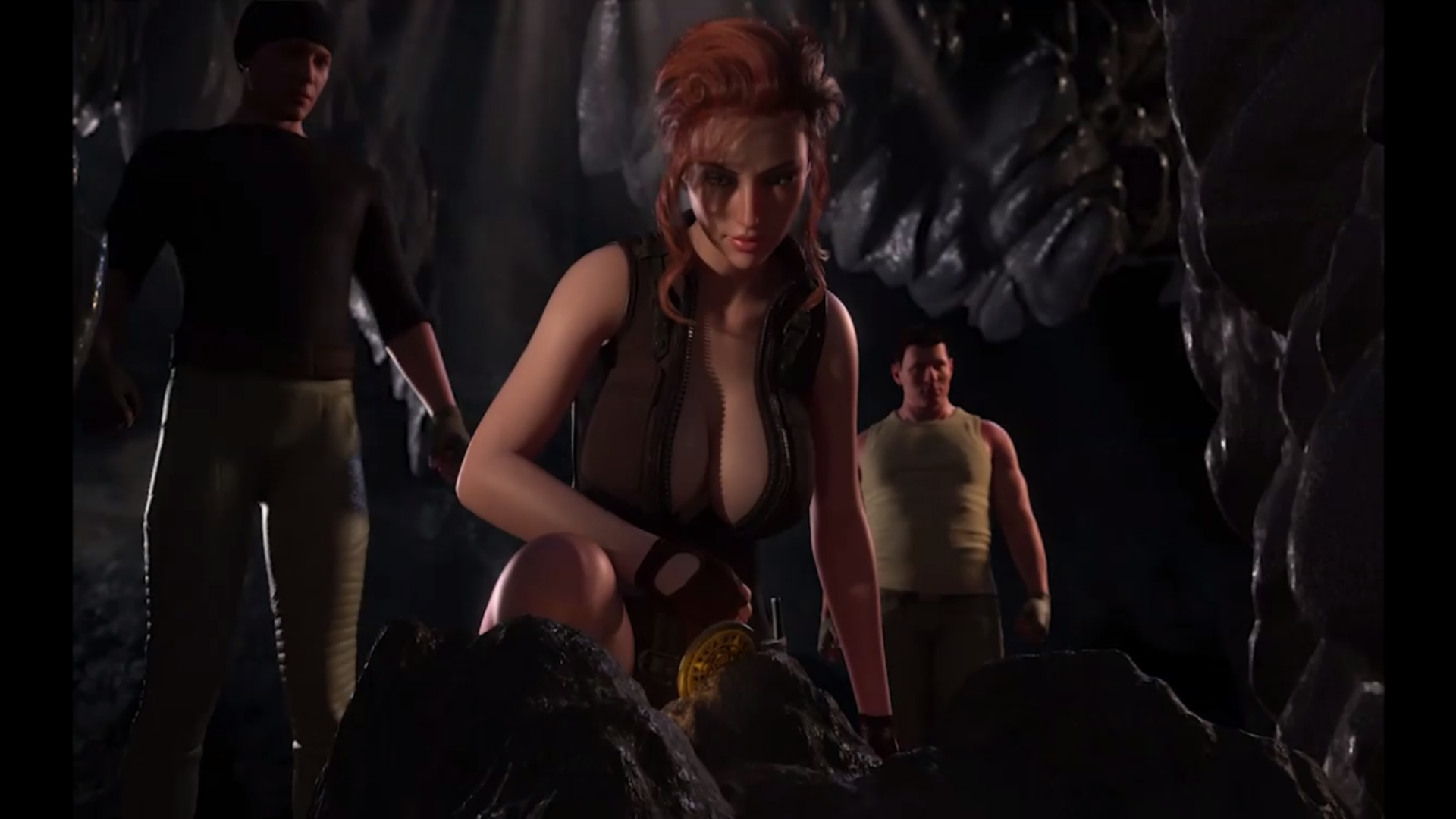 The game opens with our protagonist at the funeral of a father with whom he has never had too many relationships, but who due to heredity received by the (little) late parent, she soon finds herself involved in a much bigger affair than she could have imagined. Cape Vedra, the fictitious tropical island where Treasure of Nadia takes place, is in fact a destination for treasure hunters most famous in the world, due to the mysterious past that is hidden behind the ancient inhabitants of the place, who seem to have hidden an immense amount of gold, which therefore now attracts adventurers from all over the globe. 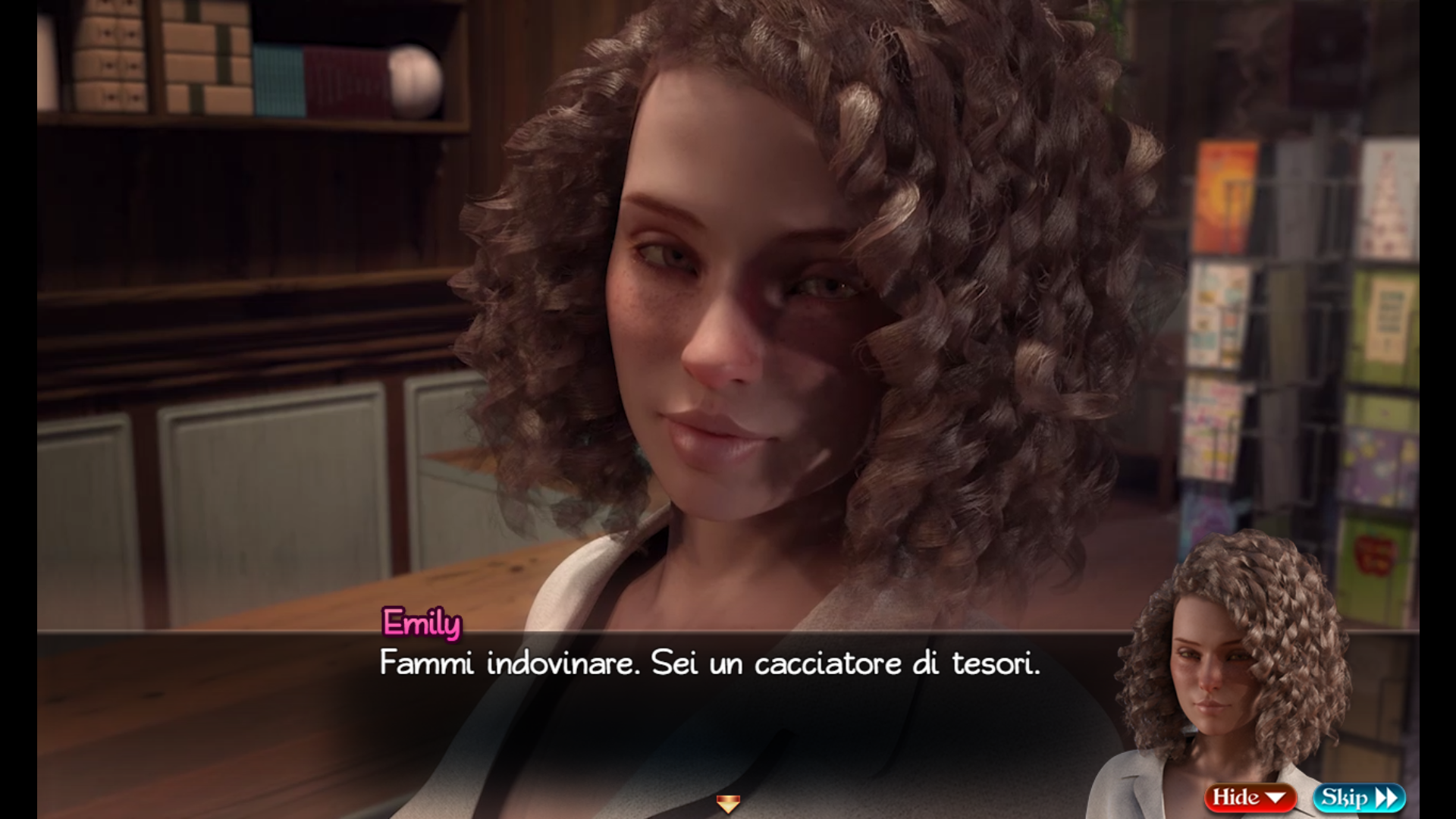 It turns out that our late father was one of them and so the clues left us post-mortem from the latter they become a real treasure hunt, which takes us between one situation and another, to get to know all the most beautiful and provocative women in Cape Vedra very close.

The game hub is the map of the island, through which you can move by simply clicking on the destination to reach. This presents several points of interest, where you can meet the various young ladies and gradually carry out the missions that are gradually entrusted to us by the latter. In case you get lost, or if the goal is not entirely clear, just open the inventory and use the Soul Crystal, a legacy of our father that contains a sexy version of the "Genius of the lamp" inside, ready to help us and to suggest where to go at each stage of the game. 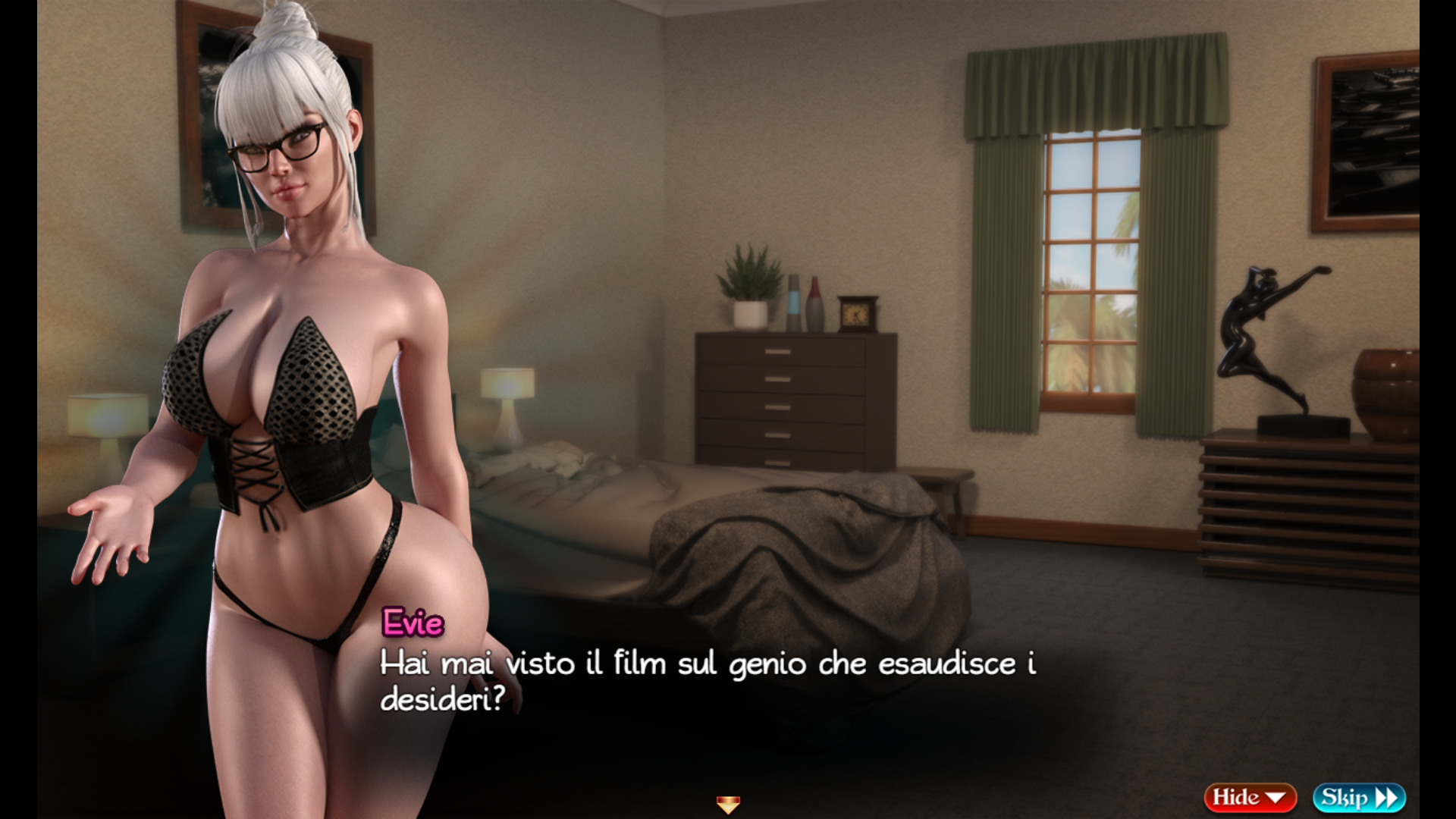 As you go on the adventure, you can intensify your relationship with the twelve women of Cape Vedra, as a real thing dating sim, except that instead of taking place through more or less romantic moments, this will occur when we are able to showcase our "Talents" with the latter. 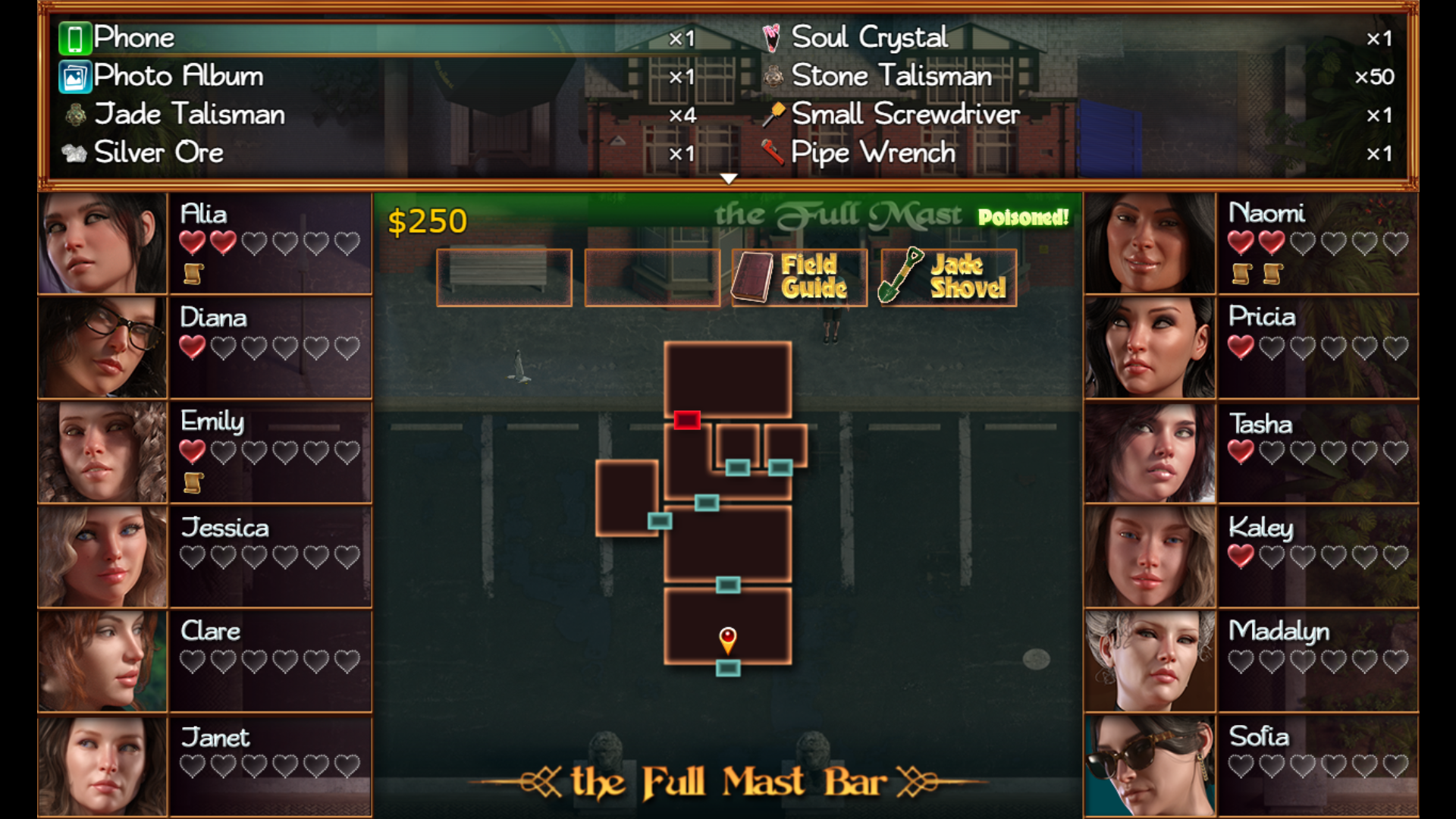 I more explicit moments Treasure Hunts can also be played through our smartphone, which among its various features offers a gallery that allows you to review anytime the sex scenes once we've already played them in the main campaign. Another of the most interesting features offered by our mobile phone are the so-called "Booty Call", which consist of calling the various Cape Vedra girls to invite them to our home, obviously with the best of intentions. Going to the end, however, is not so simple, since first of all it is necessary to have the telephone number of the damsel in question, with the latter obtainable at certain moments of the plot for each character. However, the phone number is one condition necessary but not sufficient to conclude, since once the girl is invited to the house, if she is not satisfied with the condition and the furniture of our home, she goes away leaving us "blank". 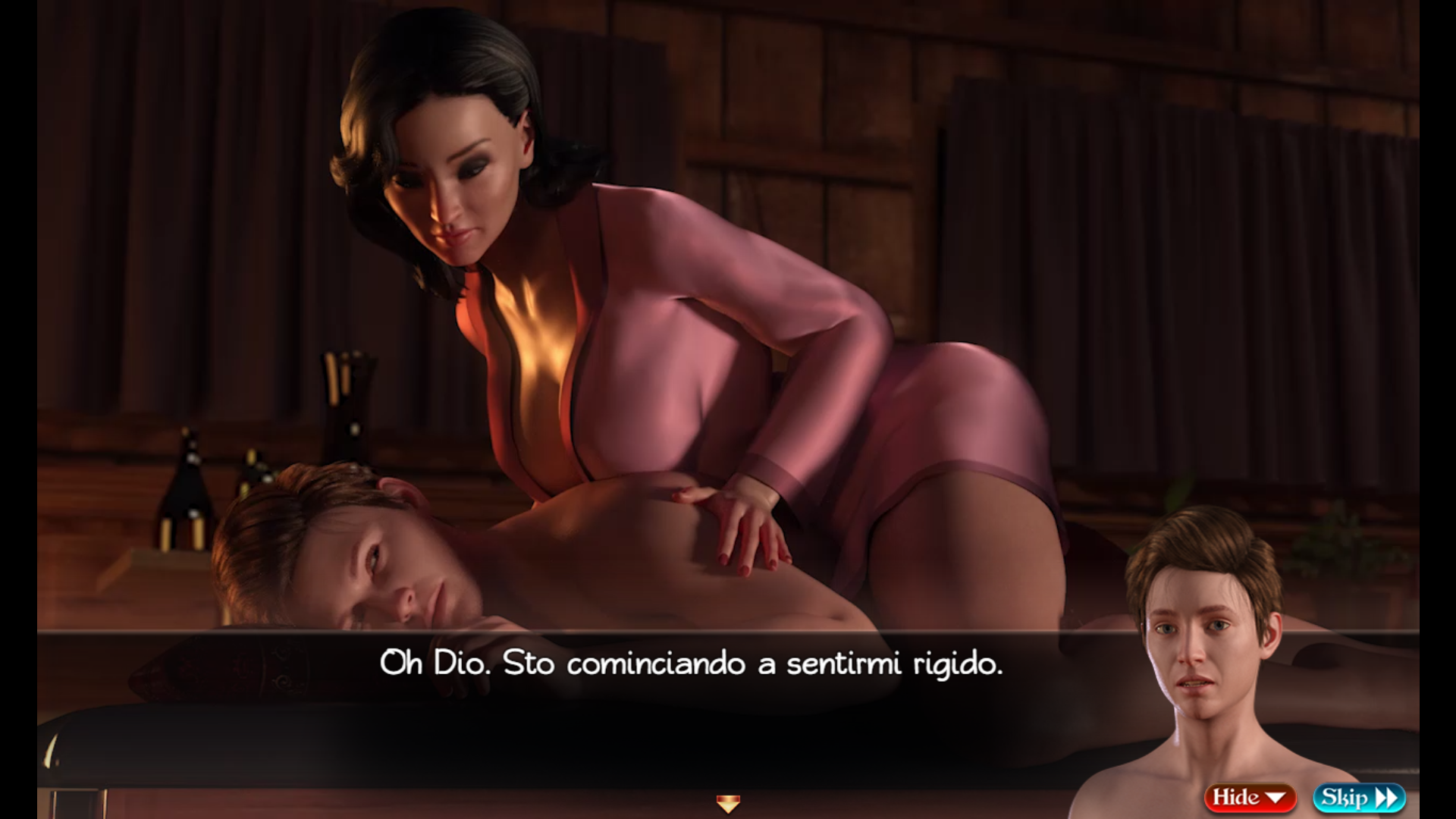 To prevent this from happening, it is therefore essential to purchase suitable furniture and decorations for our home, in full style Animal Crossing, so as to impress the girls and persuade them to indulge us. During these pushy appointments it is also possible to perform specific actions with each girl if we have previously collected the pages of the Kamasutra scattered around the various corners of the map, which allow you to reproduce unique scenes for each one.

These twelve women are actually there supporting column Treasure Hunt, each is in fact cured in detail both as regards the aesthetic realization of the face and body (however often the proportions are exaggerated on the breast), and that quality do. In fact, each of them has a decidedly different personality from the others, for example we have the most moderate and private nun, or the shy girl who does not often leave the house, or even the tomboy and tattooed bar owner. In short, there is definitely something for all tastes. 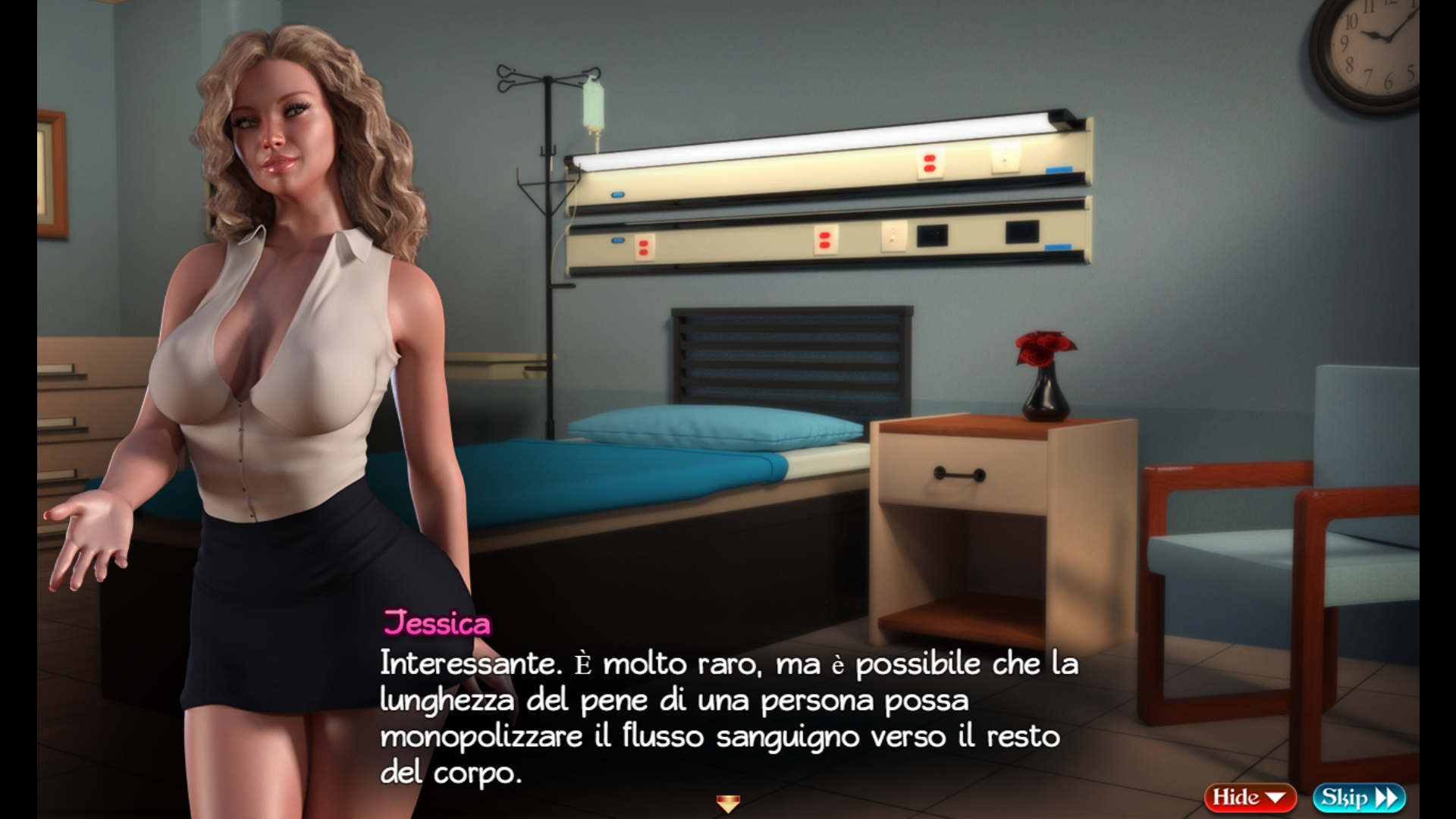 Going to draw conclusions, though Treasure Hunt  is an adult title, and never hides that it is, that doesn't mean it can't offer much more than just sex scenes. Let me be clear, we are not dealing with a Triple A, or with a plot writing from Oscar, yet, in a landscape where most of the games of this genre do nothing but be a photocopy of each other, Treasure Hunt manages to engage the player in a fun treasure search, which obviously often leads to situations on the edge of the surreal to bring the girls of Cape Vedra to be as uninhibited as possible, but this does not mean that they renounce to contextualize and create an aura of mystery around the events that see us as protagonists.

So if you are already passionate about this kind of titles, or even if you just want to approach it for the first time, Treasure Hunt is a highly recommended title, not being repeated as a simple interactive pornography at the beginning, but offering the user a real videogame experience.