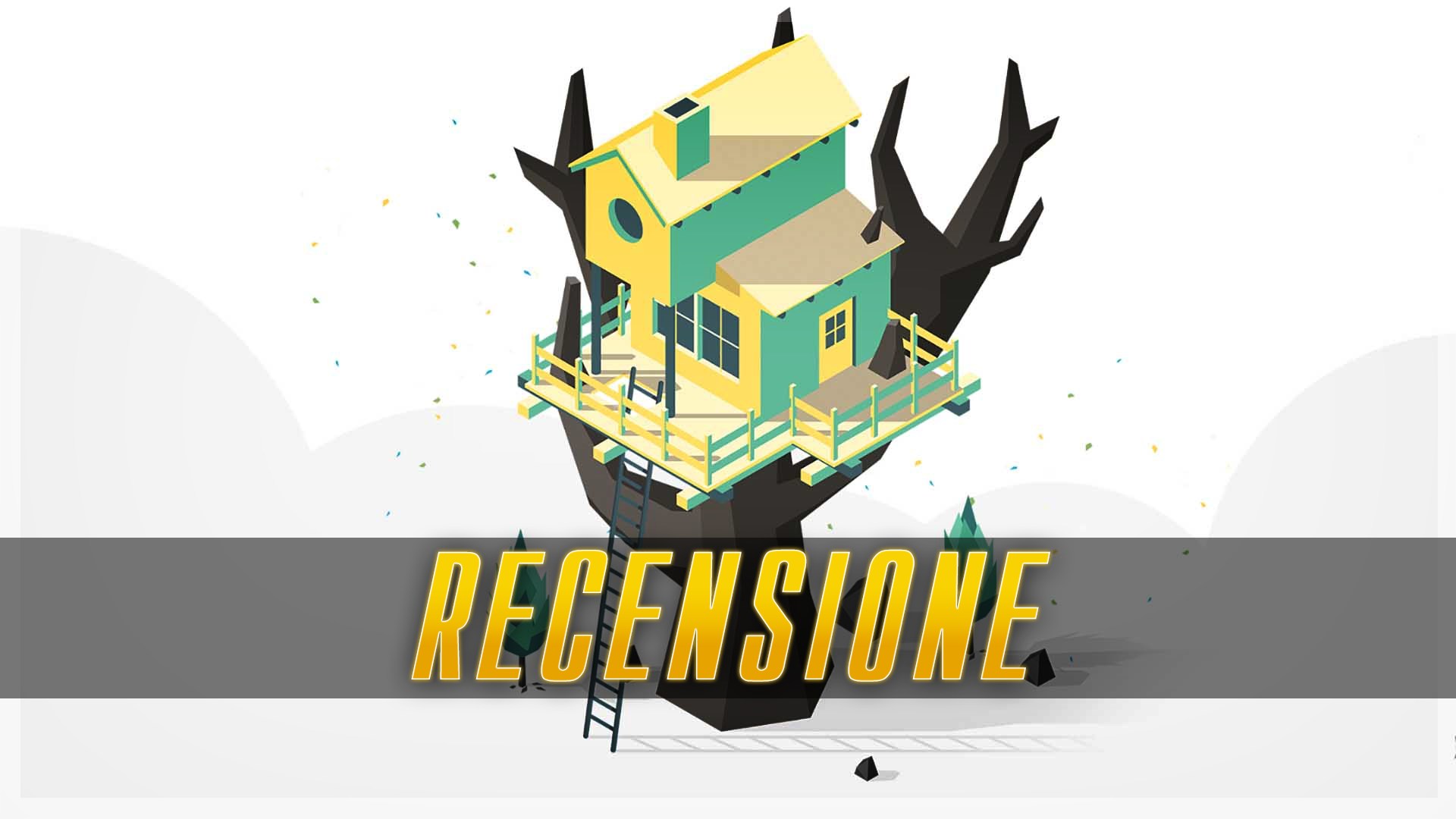 It has happened several times in recent times that a popular title on consoles or PC also reached the world of mobile gaming through various types of porting. Just think of Dead by Daylight, Fortnite and many other examples of this phenomenon. The opposite process, however, is already something rarer, given that a game designed for mobiles and tablets rarely finds space on other platforms, either for technical reasons or due to little interest from publishers. The Almost Gone, puzzle game of Happy Volcano, represents an exception, as he managed to overcome the barrier and land on PC e Nintendo Switch. In addition to converting the touch controls into a elegant point and click, the title also received a nice graphic enhancement and some tweaks to ensure the best possible experience. The results can be seen and the quality of this small independent work meets expectations, making it angood choice for fans of puzzles and deep themes, which The Almost Gone is full of. Where, however, porting meets my favor, it is wasted potential of the narrative and the ending could only leave me perplexed. Let's not get lost in other chatter and throw ourselves headlong into the nightmare (or dream) of this surreal journey.

A picture of enchantment

The Almost Gone is set in a dreamlike setting, in which the various maps are divided into a multitude of small square rooms. We can move from one quadrant to another through the links that the game itself offers us, or use our mouse to explore the environment, interact with objects and solve the various puzzles hidden in these places. Thanks to this clever subdivision and a great one attention to detail, combined with the ability to always highlight the important elements from the rest, creates aexperience after all fluid and accessible, which even the less accustomed to the genre can master in a matter of minutes. In addition to this, however, the artistic sector sculpted by Happy Volcano is what it really is stands within the work. Even the purely technical choices, such as the aforementioned division into squares or the minimal design (both clearly aimed at mobile devices), integrate perfectly into the setting and contribute to building a surreal and captivating atmosphere. Even the animations, few but elegant and well cared for, create a sense of calm without slowing down the pace of exploration. But don't expect a relaxing trip: there is a lot restlessness in the air and, before you know it, the anxiety may have already taken hold of your mood. 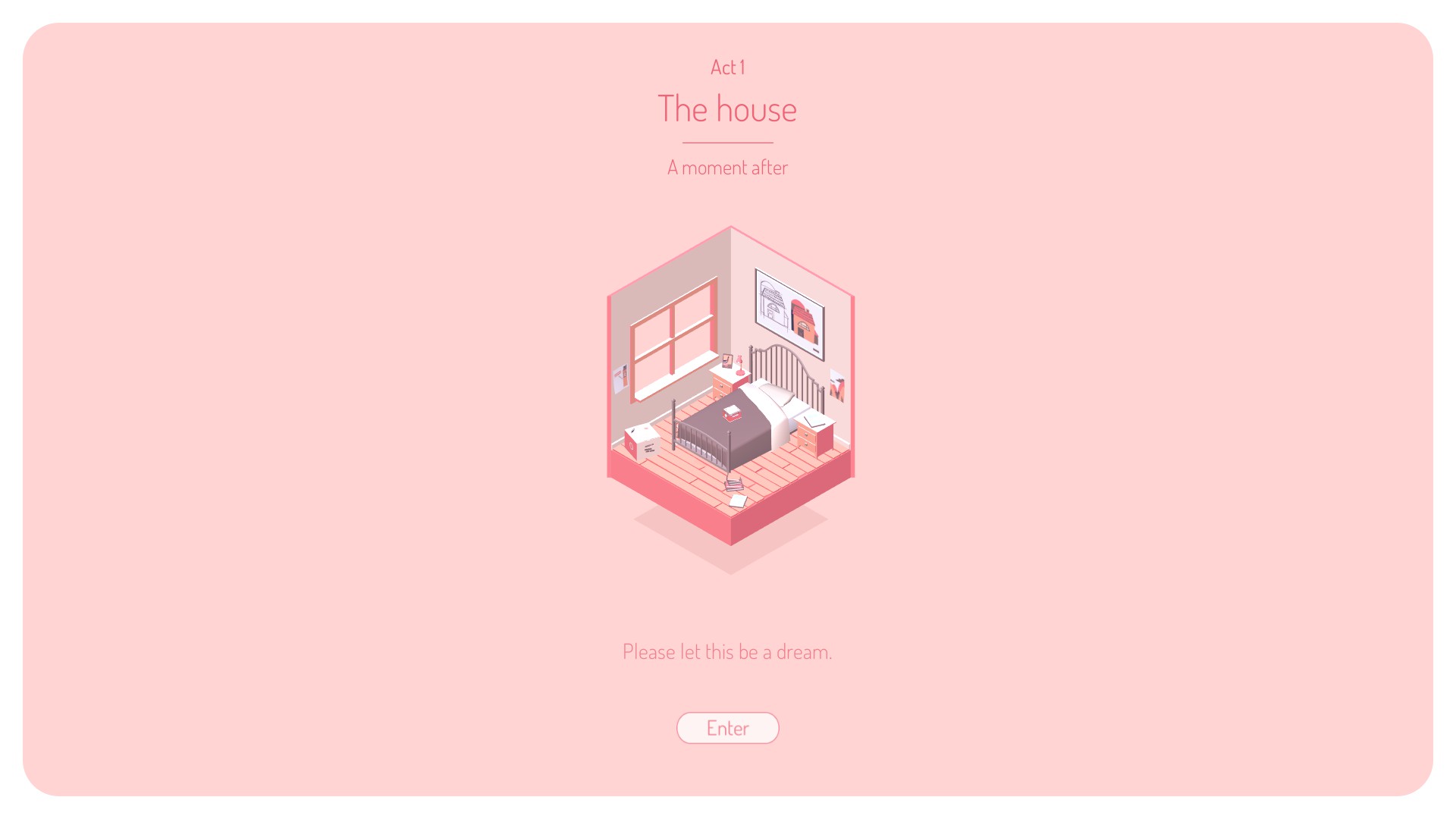 It's not the Dark Souls of puzzle games

The plot behind the puzzles of The Almost Gone, in fact, is not at all the typical dream fairy tale. The protagonist, who we know very little in the course of the game and often covers the role of simple storyteller, is in fact trapped in a nightmare that forces her to relive very difficult moments of his life and that of the people close to her. The story hides very dark themes, such as family trauma, abandonment, violence and depression. As far as the choice of these and the way they are represented are capable of move the player's soul, sometimes causing a sense of real anguish, the Happy Volcano team has not always managed to fully exploit the potential of its own narrative. The apexes of the latter are in fact reached in the few moments when you choose to tell the events through well-defined visual representations, like details or animations, but it was often preferred to let the protagonist explain the events through cryptic texts and dialogues. Although this formula is the reason for the popularity of many other titles (see the famous Dark Souls), here is a real shame that the plot remains so vague and fragmented. The fault lies mainly withfinal act, certainly below tone than the rest of the game. Where we would have expected to find the final closure of the course and a high level of challenge, we find a chapter instead too short that does not shed light on the story, closes the story in a hurry and does not take advantage of even half of the mechanics introduced up to that moment. I certainly wasn't expecting an epic conclusion, but I needed something that could connect the dots and leave a much more marked imprint. Patience. 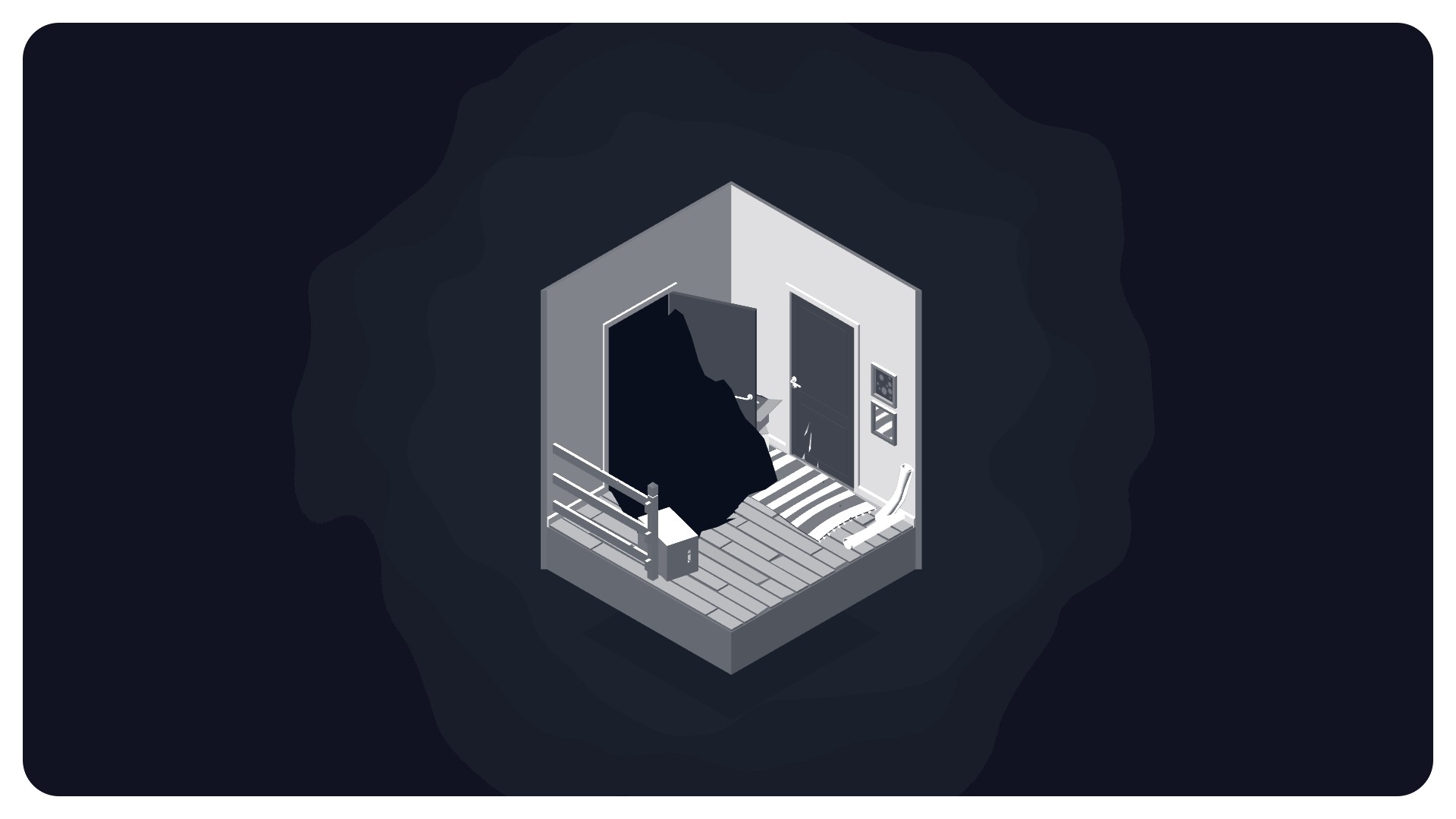 If, however, the ending almost disrespects the structure of The Almost Gone, I cannot say that the rest of the work is poorly constructed. Indeed, compared to other puzzle games that make difficulty their cornerstone, here is to appreciate the simplicity of the puzzles, which always show clearly and clearly what the objective is and what the necessary steps are to achieve it. Fortunately, this does not translate into banality, but instead avoids unnecessary waste of time or the frustration of being stuck because a clue has been lost. Although great fans of the genre may find it perhaps too easy, it is clear that the purpose of the title is to narrate a journey and I am convinced that the absence of too complex puzzles helps to make the experience much more pleasant. A certain is also left degree of freedom to the player, who can sometimes guess the solution without necessarily performing all the steps - also unlocking secret trophies. Happy Volcano's effort should also be applauded combine puzzles with history, making sure that they are not only present as a means of gameplay, but also give clues to reconstruct the story. This, as unfortunately already said, is totally absent in the finale, where even the few puzzles present do not contribute to reinforce the narrative or the depth of the game structure. All the rest, hat. 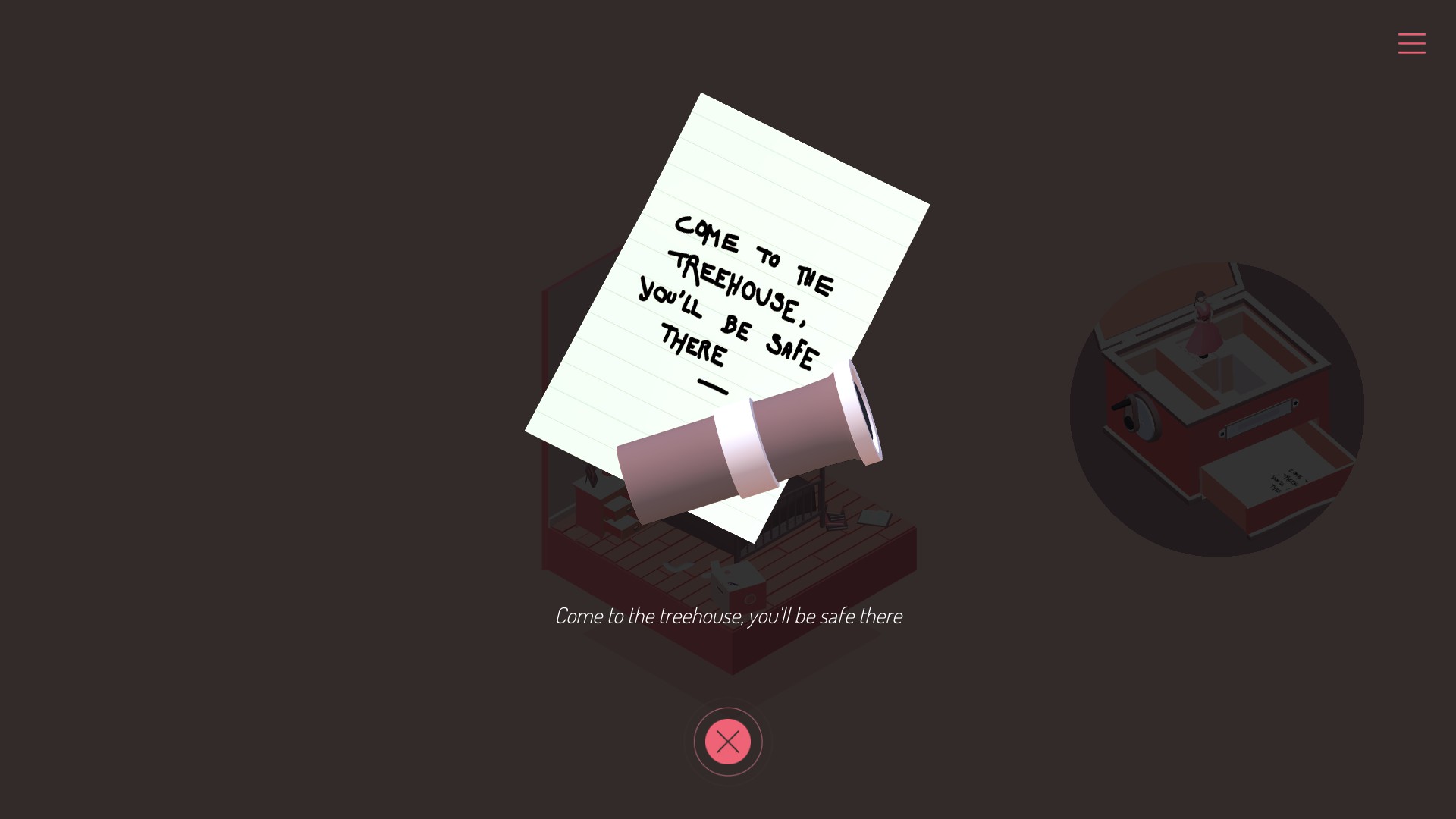 In conclusion, The Almost Gone is an accessible and simple puzzle game, able to amuse with its original and also puzzle games trigger emotions thanks to the dark and profound themes, however exposed in an exceptional artistic context. A real bad luck that the development team was unable to fully exploit the true potential of the work, which in its conclusion is seen muffled and not enhanced. If you are passionate about the genre or are intrigued by the design of the work, I recommend you try the demo and then evaluate its purchase, also given the slightly high price compared to longevity, which hardly exceeds 4 total hours. If you have the opportunity to play it, do it: there are holes that are difficult to ignore, but it is absolutely worth living this short trip at least once, to savor its creepy atmosphere or to appreciate the ingenious construction of the puzzles.

Piermatteo Bruno - August 5 2020
In the last hours Capcom has disclosed, during the last Summer Update, the contents of the next Season Pass for Street Fighter V: Champion Edition. https://www.youtube.com/watch?v=CEF9iAaS1Vg Symbolically called Season ...