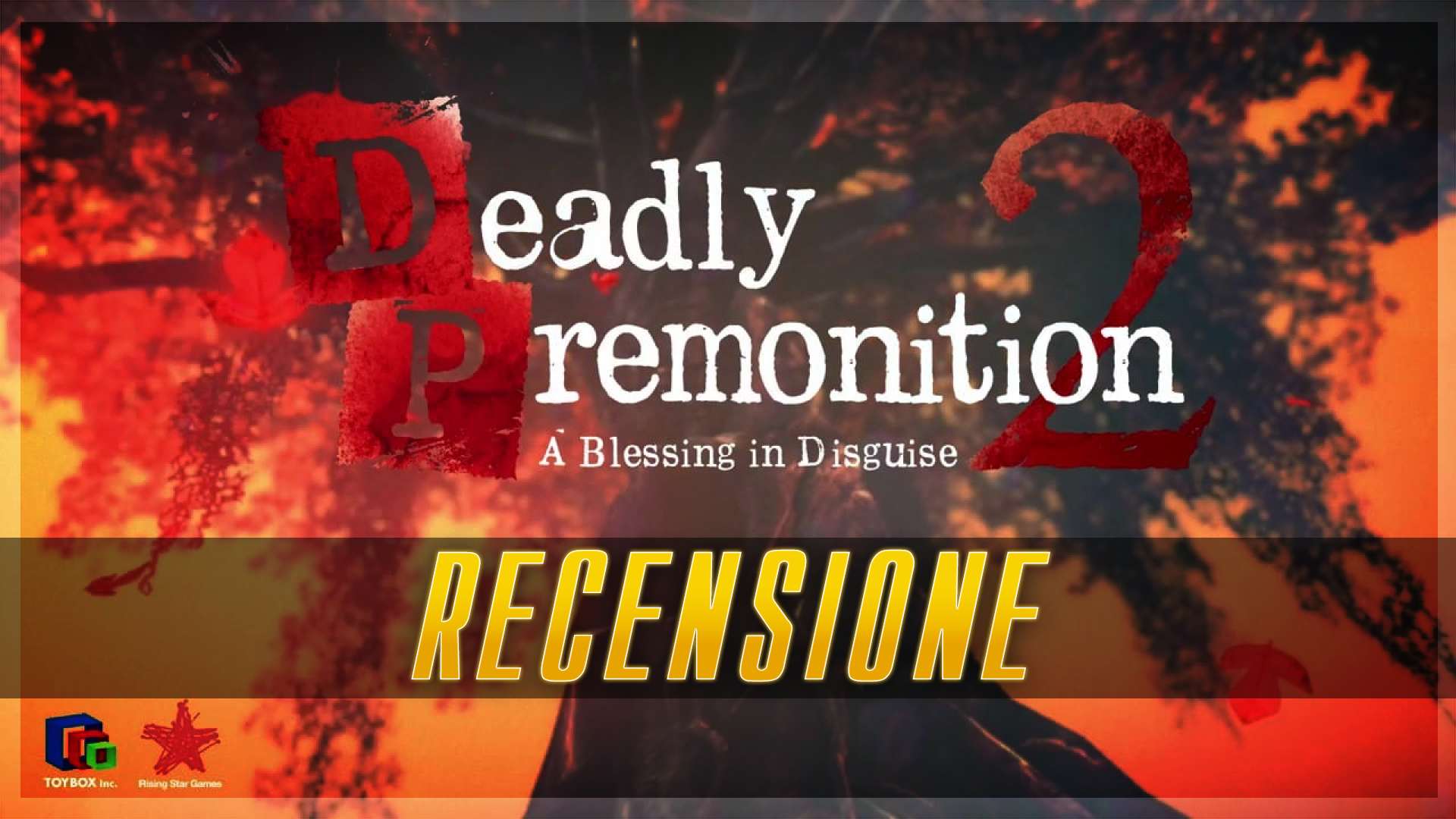 After ten years he returned. The sequel to one of the most "controversial" games is finally in our hands. The first chapter of Deadly Premonition was published in the distant 2010 from the ashes of Rainy woods, the previous project by Access Games, presented at the Tokyo Games Show and canceled shortly thereafter. Swery, the writer of the title, in that case made a title simply out of his mind, so atypical as to enter the Guinness Book of Records as the "Most controversial survival horror game" because of the incredibly different opinions about its quality. Let's talk about a playable version of Twin Peaks, with a little more action, but on balance, a good part of the mood and setting takes full advantage of David Lynch's masterpiece. On the other hand, Swery himself said in an interview that if he had the money to direct an episode of Twin Peaks, he would use them to make Lynch turn it himself. Fortunately, I replayed it these days, with no idea that I would then get my hands on Deadly Premonition 2 for the review. Of course, I don't think it will be a divisive work as in the case of the first chapter but it will certainly talk about itself. 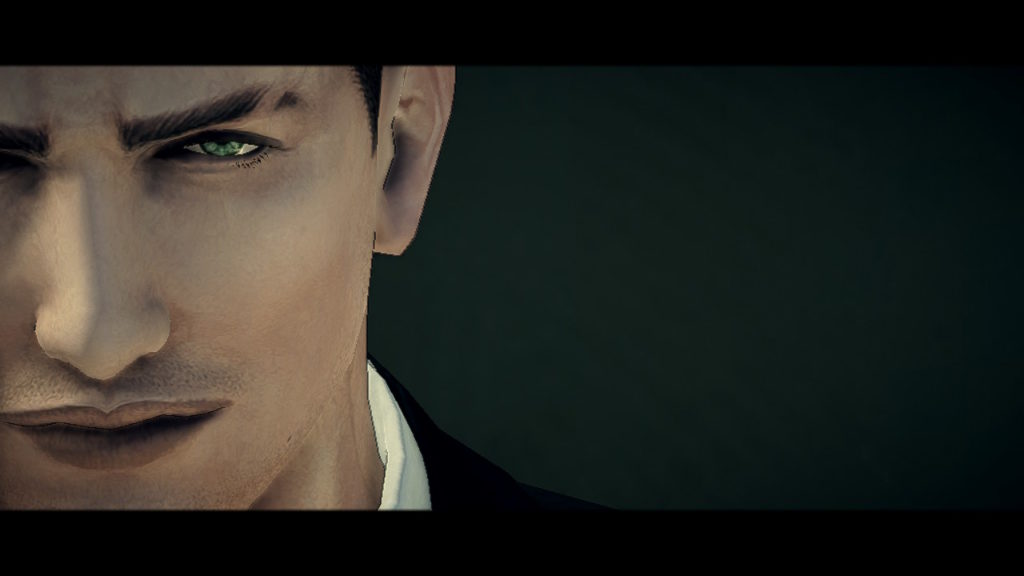 This second chapter is both a prologue and a sequel to the first game, an interesting choice. After the brief introduction, we immediately move into the shoes of the FBI special agent Aaliyah Davis that, together with the Boston analyst Simon Jones, he has to go interrogate a suspect. And so we are faced zach (please don't ask me about Zach, it's private), visibly aged and tried, committed to smoking one joint after another. The body of Lise Clarkson, victim of the case Le Carrè, prior to the facts of Greenvale narrated in the first game, it is found inside a block of ice, divided into pieces almost like a work of art. From here starts the flashback that drops us inside, in fact, of Le Carrè, a hot and sultry Louisiana town.

Each chapter of the game opens with questioning and then continues with the case, thus narrating in parallel two parallel stories, on two different time planes, which integrate and complement each other. I have to tell you, with such an incipit, it immediately occurred to me T, more precisely the first series. This aged and bewildered version of Zach is practically identical to the 2012 version of Matthew McConaughey as well as the interrogation that is addressed to him and the town in which we move. For a moment I thought "Oh Swery, you did it again!", overjoyed at the fact that it can basically play one of my favorite TV series after Twin Peaks but I partially had to change my mind after a short time.

The story and characters presented during the various hours of Deadly Premonition 2 keep that style from horror comedy already present in the previous title. Too bad that in this case the writing is less inspired, with long dead moments alternating with decidedly more interesting and involving phases. The supporting actors are more specks than anything else, soon forgotten and neglected in favor of the only question that can bring us to the end of the game, "what the hell is going on in this city? ". The mystery is undoubtedly interesting, and it makes us go on willingly.

Side missions are almost irrelevant if not downright frustrating, without any marker that can even remotely make you understand where to go. Perfect - some will say - this favors the identification and the role of investigator that covers the protagonistIt is a pity that often some solutions are simply devoid of logic and in other cases to find certain objects required by the inhabitants of the city one must simply go by chance, hoping to stumble in front of it for pure luck.

Most often the game action stops for some sub, like those investigation or profiling, useful in York to understand what is happening and where to go. Here, these moments are of little use, add absolutely nothing to the gameplay. Just choose a few specific points and listen to the agent's deductions, too often verbose and redundant. If by chance you are wrong, just choose another of the proposed points. Immediately after starting the game I thought there was something more particular: in short, in the first, even if in small, it was necessary to wander a little and look for clues. I imagined that here you had to go around Le Carrè looking for a particular element, or mark a precise point on the map. No, none of this, simply "press a button and move on".

Inside Deadly Premonition 2 there is certainly no lack action part. At the stroke of midnight and until six in the morning, the placid town of Le Carrè crosses an invisible barrier by merging with the "other world", full of strange creatures armed with giant scissors that attack you on sight. The idea is suggestive and it is exciting to be afraid of the passage of time.

Don't worry too much though: enough to go up on the skateboard and turn without any problem, the enemies can never catch you in this case. The difficulty is calibrated downwards, as are the boss fights, which are not worth going into in detail.

To cheat time while searching, it is also possible to play a series of Shenmue-style minigames, even if rendered less satisfactorily. Or rather, they could be fine if their use was not totally compromised due to the technical problems that we find in our hands. On this element I have to open a parenthesis: I played about fifteen hours with a swinging frame rate. I am not exaggerating, I was about 5 frames per second, here you can understand what I'm talking about. This, at least, happened to me while I was traveling around Le Carrè, therefore during the "open world" part. Inside the buildings there was no problem.

At some point I decided to give it a try. After drying the blood on the sides of the eyes I also downloaded the game on my Switch Lite, where it was saved by default on the internal memory of the console and the situation was actually better. In short, in short, if you have the game saved in the SD it is possible to run into very big problems, if you buy it digitally you should install it in the console's internal memory. So, I start playing with a slightly more stable but still reduced frame rate, and I also know that the more time I walk around the city, the worse the situation gets, as if the ram of the console was filling up more and more until I was forced , every now and then, to restart it directly.

Clearly I also tried to download it on both consoles but the situation does not change. I felt like I was playing with a beta, not with a full title. And various minigames are based on timing, which goes totally to be blessed if the commands respond when and how they want.

In short, in some respects unfortunately the title did not convince me, since it does not reach the style and the atmosphere that the first chapter had, it offers a story that involves itself, but that really trudges to go on even for the simple fact that we have a game in our hands, not a film. There may be a story as beautiful as you want, but I would have preferred it to be accompanied by a more stable video game system to support it, which perhaps in Deadly Premonition 2 is partially missing. However, it is possible that many of the technical flaws will be patched with subsequent patches, but it is not obvious that this will allow him to make a real leap in quality. The fans of the saga will no doubt buy the title to return to that world, but at the moment I don't know if I would like to recommend it to neophytes to get closer to the series.

Piermatteo Bruno - August 5 2020
One of the features that made DOOM and Id Software the fortune in 1993 is the total opening of the software to the modders community ....
BusinessWire

Kingdom Hearts 3 has repaid my love for this saga