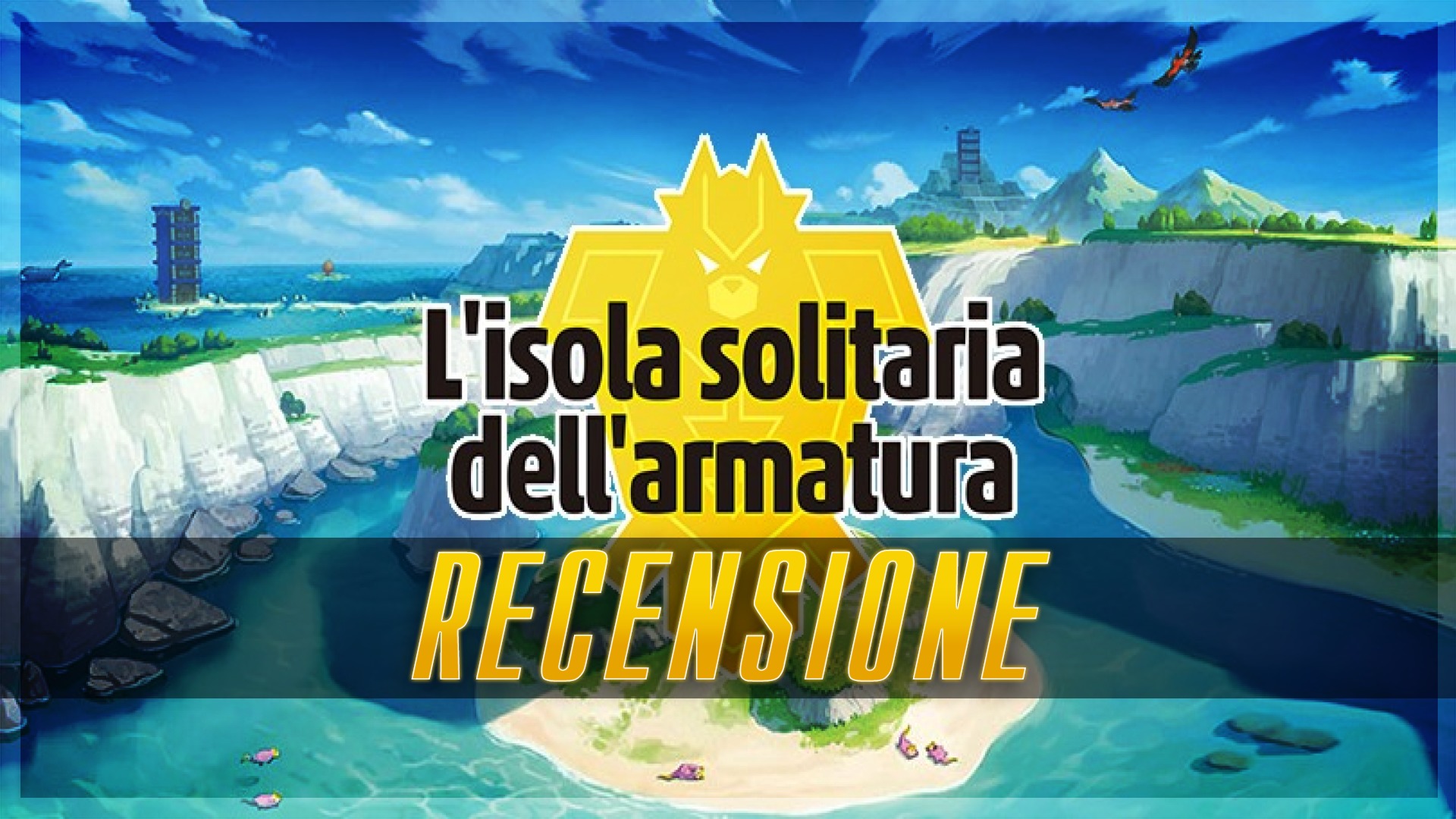 For the first time in the history of the Pokémon brand we are faced with a Expansion Pass and not to a third updated edition of the same title. "The Lonely Island of Armor", first part of the Expansion Pass, is finally among us. How did Game Freak get away with its first DLC?

Once you have updated the software and entered the game world, you immediately get the Armor Pass, necessary object to go to the Solitary Island of the Armor. In reality, nothing is seen of this journey, as the entire crossing is entrusted to the classic animation of the Volotaxi, without any possibility of visiting the station. Once you arrive at your destination, the Pokédex is updated to make it possible to recognize the long-awaited creatures absent in the base game, but not only. 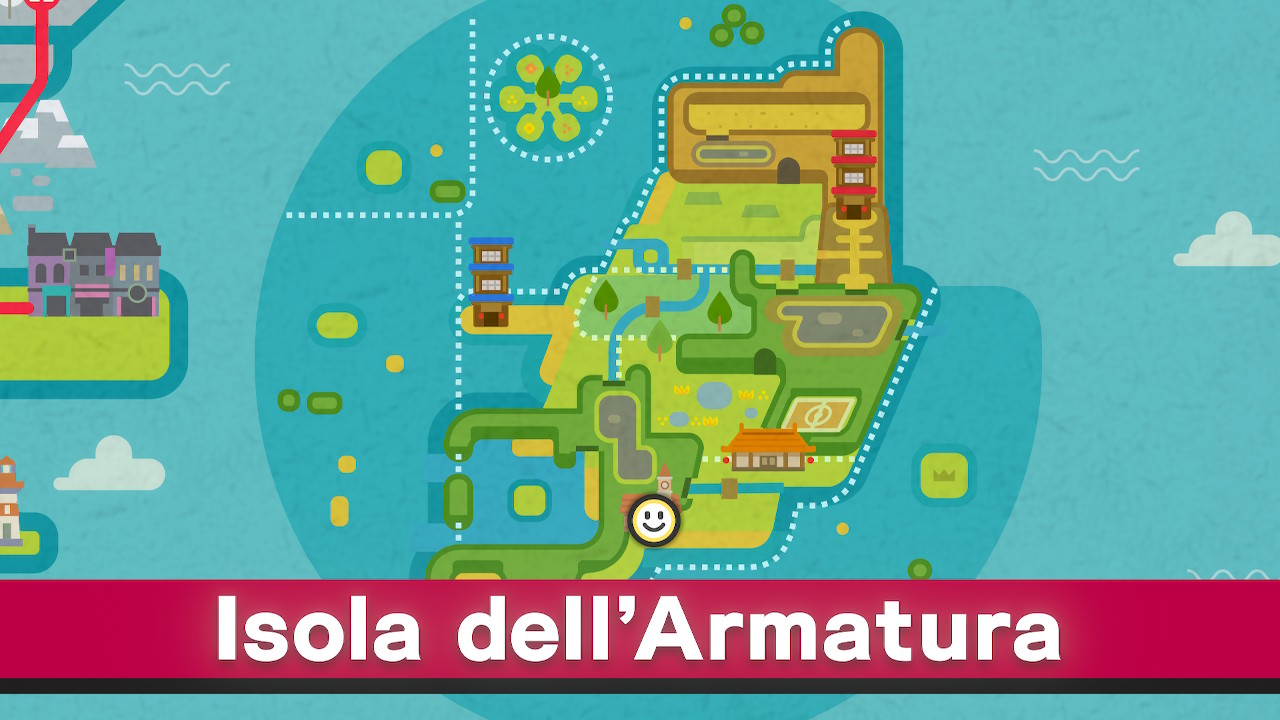 After taking the first steps in the arrival station, we find the mysterious characters presented during the announcement trailer and included in the base game thanks to a sort of prologue to the DLC: let's talk about the Poison Type coach Sophora (in Pokémon Sword) and the Psychic-Type trainer Savory (in Pokémon Shield). After a challenge that is not at all demanding, you immediately notice a pillar of this extra content: the level scaling system. Game Freak has in fact decided to adapt the level of the opposing Pokémon based on the medals obtained so far, to facilitate any player who wants to fly on the island even without having first completed the main storyline.

The lonely island of the Armor: Wild Lands 2.0

Once out of the station, you can take a first look at the lonely Isle of Armor. The impression is that of being in front of a new version of the Wilder Lands larger and more diversified in its macrozones but, by observing carefully, you can see improvements compared to the much criticized play area. The Armor Island tries to put a patch to the developers' mistakes about its first three-dimensional setting, but only partially succeeding. If the greater care given to the animations of the Pokémon present on the screen, to the backdrops of the clashes finally consistent with the environment and to the dimensions of the monsters is undeniable (finally seeing a Wailord in full size will amaze you), we cannot be satisfied with other aspects.

I speak of the lack of attention paid to environmental elements such as trees and shrubs which, despite the heavy criticism received, have not been significantly improved. Same goes for i significant drops in frame rates that return to afflict the title as in the Wild Lands, especially if connected online. The macrozones are rather diversified and full of hidden objects, but also extremely linear and with a very little inspired level design. The soundtrack, although not memorable, offers catchy themes and a rearrangement of a theme already present in Sword and Shield. In short, there have been improvements, but certainly more could have been done from a technical point of view.

No no no, Trainer San!

As repeatedly affirmed by The Pokémon Company, this first part of the package does not focus so much on the exploration and discovery of new mysterious creatures, a task left to the second content "The Snowy Lands of the Crown", but more on the struggles. Sofora (or Savory) guides the player towards the Master Mustard Dojo, an old man with easy manner and youthful talk - but at least ten years ago - pushing him to join his ranks of students.

After obtaining from the sensei a Pokémon of your choice between Bulbasaur and Squirtle with shape Gigamax once evolved, you have to face three different tests to earn Mustard's full confidence. Once overcome, you get the true protagonist of this content: Kubfu. You must therefore tie up with the cute bear by taking it for a walk on the map, a mere pretext to introduce the long-awaited opportunity to walk with your Pokémon as in the second generation remakes and Let's GO Pikachu / Eevee. However, this remains relegated to the only island, in fact, once back in Galar it is not possible to be followed by your favorite team member. Such a pity.

The last fight of Kubfu

As shown by the trailers of the solitary island of the Armor, once the small martial artist was obtained, it was necessary to choose to travel one, and only one, of the two pagodas that stand on the game map. This succession of fights to be played exclusively with Kubfu, clearly inspired by the martial arts film "The last fight of Chen" starring the unforgettable Bruce Lee, it was less demanding than expected, proving to be a simple trick to obtain one of the two evolutionary forms of the Pokémon. Once evolved into Urshifu Single-shot style (if you climb to the top of the Dark Tower) or Multi-shot style (if you complete the Water Tower), there is nothing else to do in these pagodas.

Old friends, old ways, but the old level of challenge?

The DLC of the lonely Armor island continues with the arrival of an old acquaintance with whom to share a new little adventure. At the end there is perhaps the only challenge worthy of the name within the plot of the Solitary Island of the Armor, but even here there are not really high levels of difficulty. For those looking for struggles in which it is necessary to use the head, Game Freak has decided to insert a mode called Limited trial, characterized by challenges divided according to the type of Pokémon to be used. This, as well as Torre Lotta in the base game, is the only occasion in which to find opponents controlled by an AI capable of making at least a little worried a non-novice player.

The desolate island of Armor

What else remains to be done after completing the storyline and testing the Limited Trial? Not much, actually. As in the main adventure, post game activities are extremely limited. You can capture all the species of Pokémon added, run around with the new bicycle and find every hidden Alola Diglett but, in addition to this, little remains. Little will also remain in the player after playing this first content that tastes a lot of appetizer for the real course coming next autumn. I hope that the Snowy Lands of the Crown can enjoy greater care, especially of those details that, if neglected for the third time, could permanently dismiss many fans of the brand.