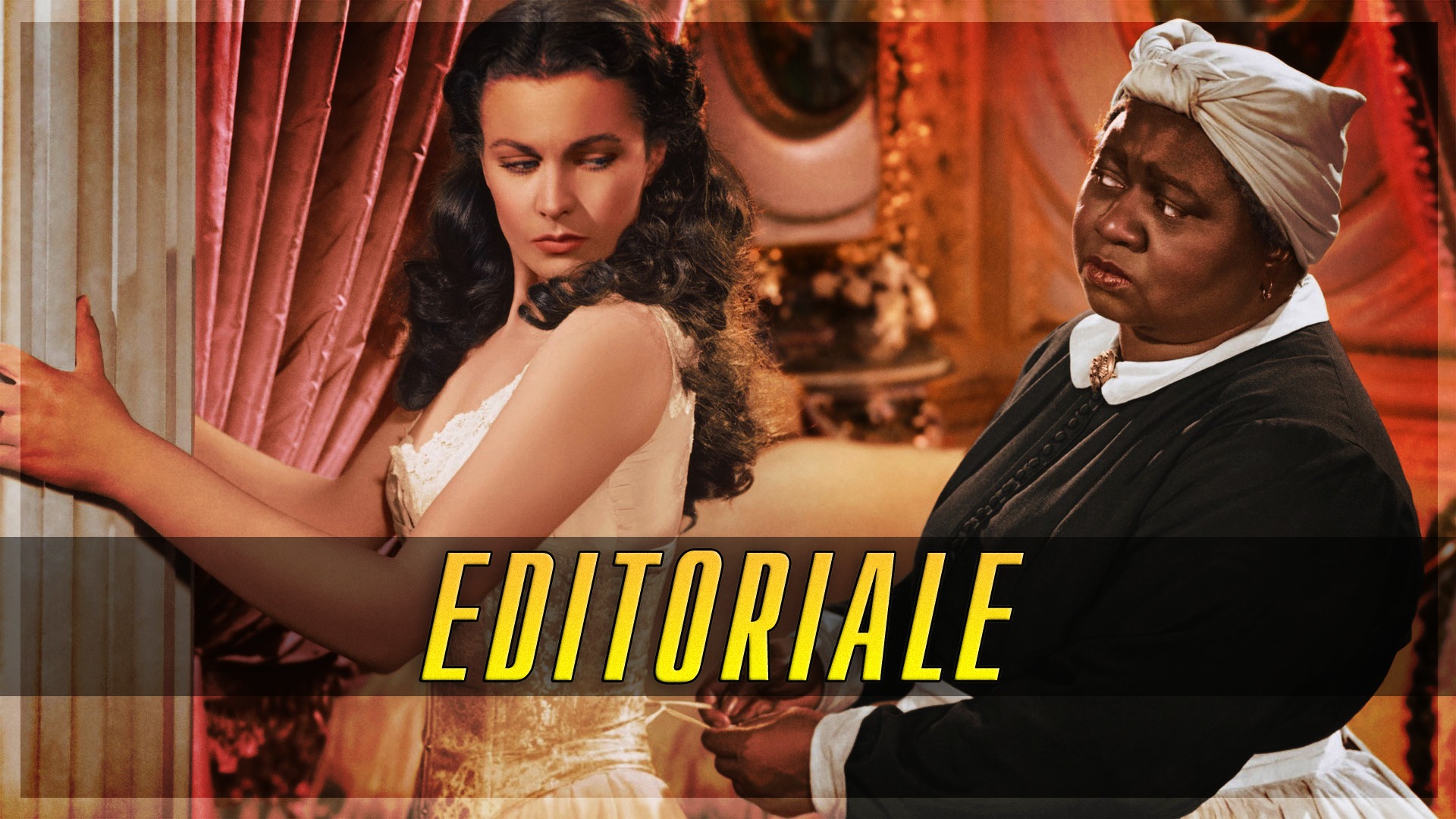 The news of the day is that HBO has removed Gone with the Wind from his streaming service because he is racist. Too bad it's not like that. The film was removed for an appeal by 12-year-old screenwriter Schiavo, e will return unchanged along with content that explains its historical context and discriminatory content.

Yet all the national newspapers today reported fiery headlines against the new censors, outraged articles praising the end of free speech flooded the Italian internet alongside endless quotations to 1984. This is not the demonstration that in order to beg a click the Italian press would also sell its family. This is now well established I think. It just shows that none of us have the slightest idea what the black question is USA, what distinguishes it from the racism that we know and that we love to pretend is not a part of us and of as is important and courageous such a decision by HBO. Especially in the United States. Especially in 2020. 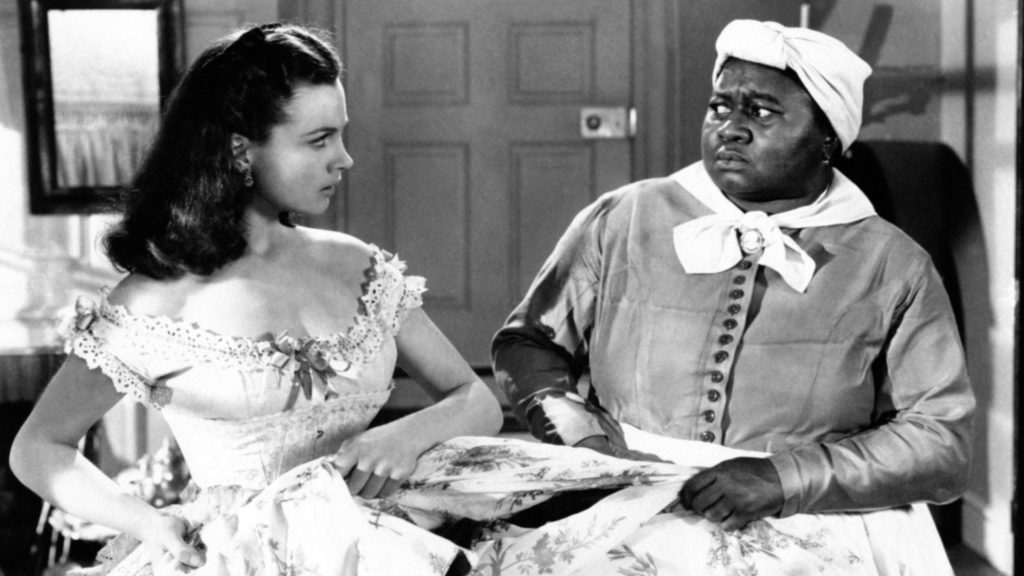 Before starting a warning. As you, me neither, despite my recent commitment to inquire, I am nowhere near qualified to talk about the black issue. For this I will put at the end of the article four links to sources to be consumed preferably in order of list, to get an idea of ​​what the situation of blacks is in the USA. Simply a base from which to then go further. They are a Macklemore song, two Netflix documentaries and a Yale course.

HBO's decision from the outside can only seem like the will to follow a "fashion”, A way to ride the media wave of protests. Acting on a film appears superfluous; are movies really a problem in the disastrous racist scenario of the United States? Was it necessary to remove Gone with the Wind, even while waiting for the documentary to contextualize it?

Obviously yes, because in the United States movies have been part of the problem since the very beginning of the seventh art. The history of American cinema is full of films ranging from vaguely  to the explicitly racist, or in the "best" cases they represent blacks in specific stereotypical roles.

If we want to look for the worst of the worst we have to dust off a silent film. The Birth of a Nation released in theaters in 1915, already then causing more than one bad mood. The whole film is based around the glorification of the Ku Klux Klan who punishes the crimes of the film's antagonist, obviously black (played, icing on the racist cake, by an actor in blackface). Several studies have concluded that the popularity of this film, blockbuster at the time, led to a revival of the Klan and an increase in black lynching in the United States.

Of course, The Birth of a Nation is an exception, but the representation that blacks have had in American cinema has always been, up to the present day, influenced by the same stereotypes that fueled the script of that film. In the past, blacks were reserved for criminal, servant or shoulder roles. It's now obviously more difficult to find films that relegate black actors to these roles, but Hollywood has created other stereotypes: white plays the role of the "moral" character, while black can be the cool one. 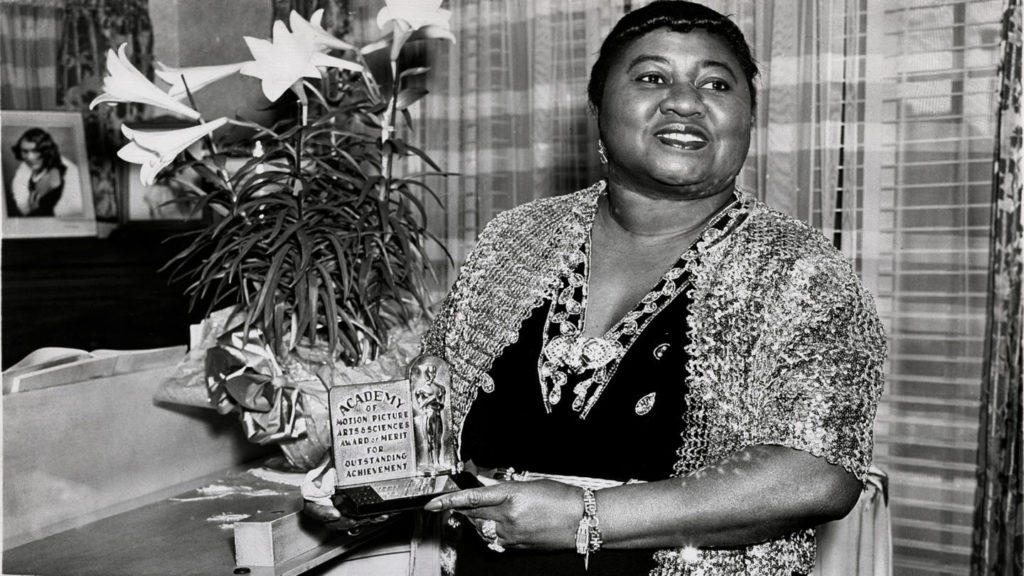 The accounts with the past

Although there has been an attempt by American cinema and media over the past decade to improve the representation of blacks they return, a key part of this commitment is still missing. Movies like Get Out or even a simple Black Panther, while giving space to black actors and operators, they don't deal with the past. And this is the main problem facing the United States today.

The history of the USA is that of a country that has built its fortune by making the life of a specific community inside hell. And the heart of the country has not yet come to terms with this fact. HBO is at least trying. He drove into his past, into the films he offers through his streaming service, and identified a problem, doing his best to solve it. And if you think it's an exaggerated reaction, remember that we are talking about a nation where there are still people who think that if you are black, It is only fitting that a police officer sentence you to death by strangulation for using fake banknotes.

As promised, here are the ideas to start getting an idea.

This song four years ago made me realize that something was wrong in America. Not only for the protests he paints, but also for the demons who persecute Macklemore, white, regarding his choice to support Black Lives Matter.

This splendid Netflix documentary explains how slavery still exists, constitutionally in the United States. It is a cross-section of the prison system that intersects several times with the condition of black communities.

This documentary, on the other hand, recounts the 1992 Los Angeles riots, linking them to similar episodes that always happened in California in 1965. And 30 years later, the story still repeats itself.

African American History: From Emancipation to the Present

This course, available for free on the Yale University website, is exactly what you expect from one of the best universities in the world. The perfect way to start investigating the matter. And to understand how, even in 2008, there was still a different air.