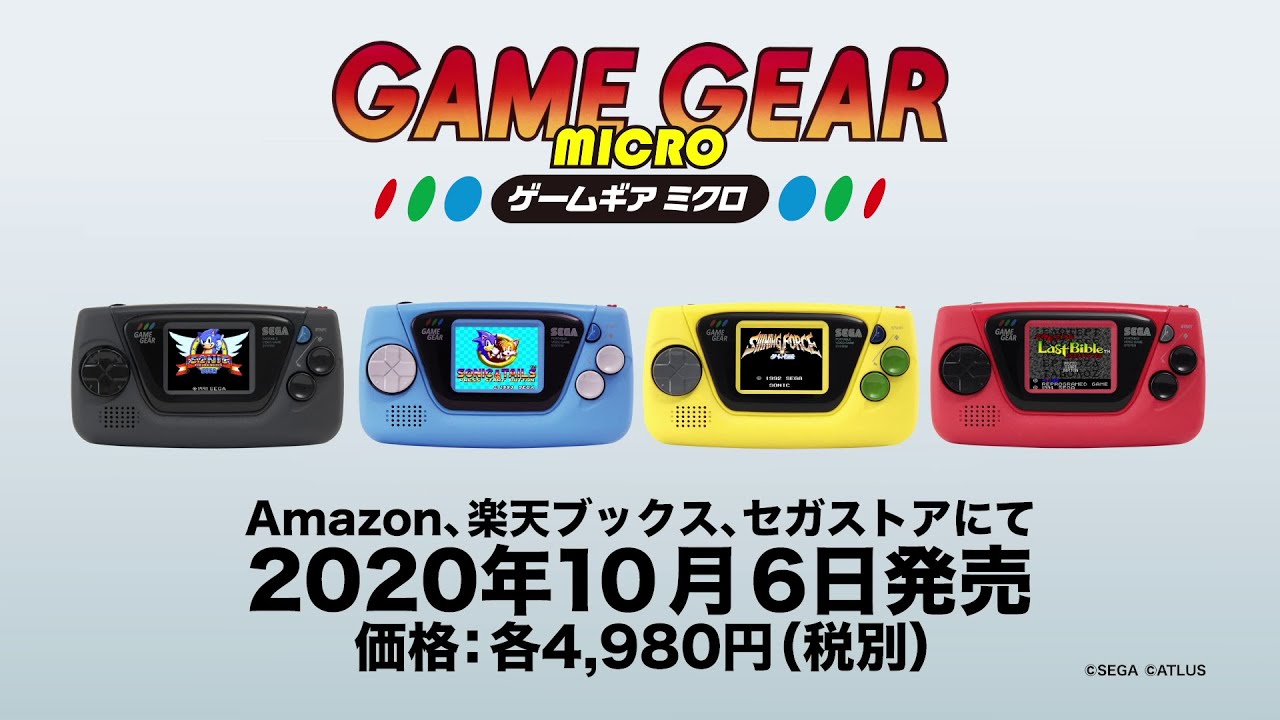 Game Gear Micro, the retro console announced today by SEGA, initially did not include four titles per model, but only one.

It reveals it Famitsu in an interview published concurrently with reveal of the small console. Initially SEGA wanted to insert only one game in each model, differentiating it according to the color of the body, then it was decided to insert three titles of a single brand per model. The proposed offer, however, was considered too little varied, and the final solution was chosen: four different titles for four colors.

According to this Famitsu interview that was just posted Sega was originally considering 1 game for color variation for the Game Gear Micro. https://t.co/V46R3lMFgq

Game Gear Micro, at least for the moment, is expected exclusively for the Japanese market. In case of a western release, would you be tempted by this tiny retro console?

PC Gaming Show - Here is the first trailer for Valheim