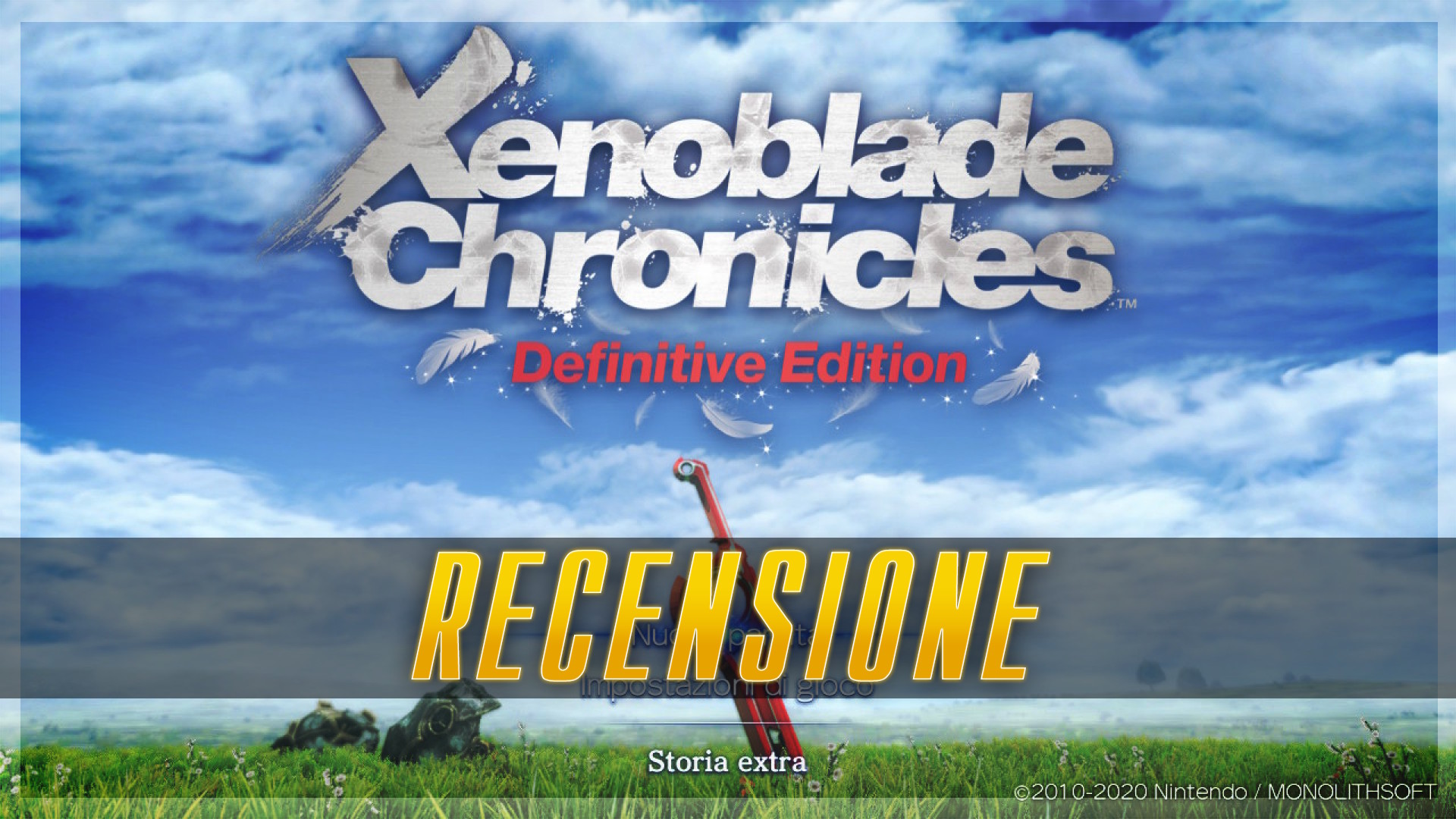 Nine years have passed since Nintendo Wii gave us three pearls of the JRPG world at the end of its life cycle: Pandora's Tower, The Last Story and Xenoblade Chronicles. If the first two remain now relegated to the memories of fans, at least for now, we cannot say the same for the third. Praised by critics and audiences, the title placed directly on the podium of Japanese role-playing games, becoming one of the leading exponents. Two generations later, here we are in front of Xenoblade Chronicles Definitive Edition out on May 29 on Nintendo Switch. Simple remastered or something more?

The story of Xenoblade Chronicles opens with two titanic beings, Bionis and Mechanis, involved in a no holds barred clash that culminates in the death of both. Thousands of years after the legendary duel, different life forms are generated on their immovable bodies: Homs, beings identical to humans, and Nopons, small nomadic creatures expert in the art of commerce, developed on their immobile bodies, while on Mechanis they had origin of robotic creatures called Mechan. These attack the colonies in which the inhabitants of Bionis live to feed on them and the weapons of the Homs are almost useless against them. Dunban, the hero of Colony 9, however, possesses the only sword capable of fighting this constant threat: the Monad.

In a very short time the Monad arrives in the hands of Shulk, the protagonist of the game, giving him unusual skills such as foresight. The story is at times very similar to that of a shonen, but reserves of gods not indifferent twists.

Let's start with the aspect that most catches the eye: the overall aesthetic has been completely retouched in Xenoblade Chronicles Definitive Edition. We are not talking about a simple graphic upscaling and an increase in the resolution of the textures, but about a complete change to the artistic style. Now also Shulk and his companions can boast a cartoony visual rendering that gives new characters life. The facial expressions, the great mole of the original production, are now similar to those seen in the expansion "Torna - The Golden Country" of the second chapter. 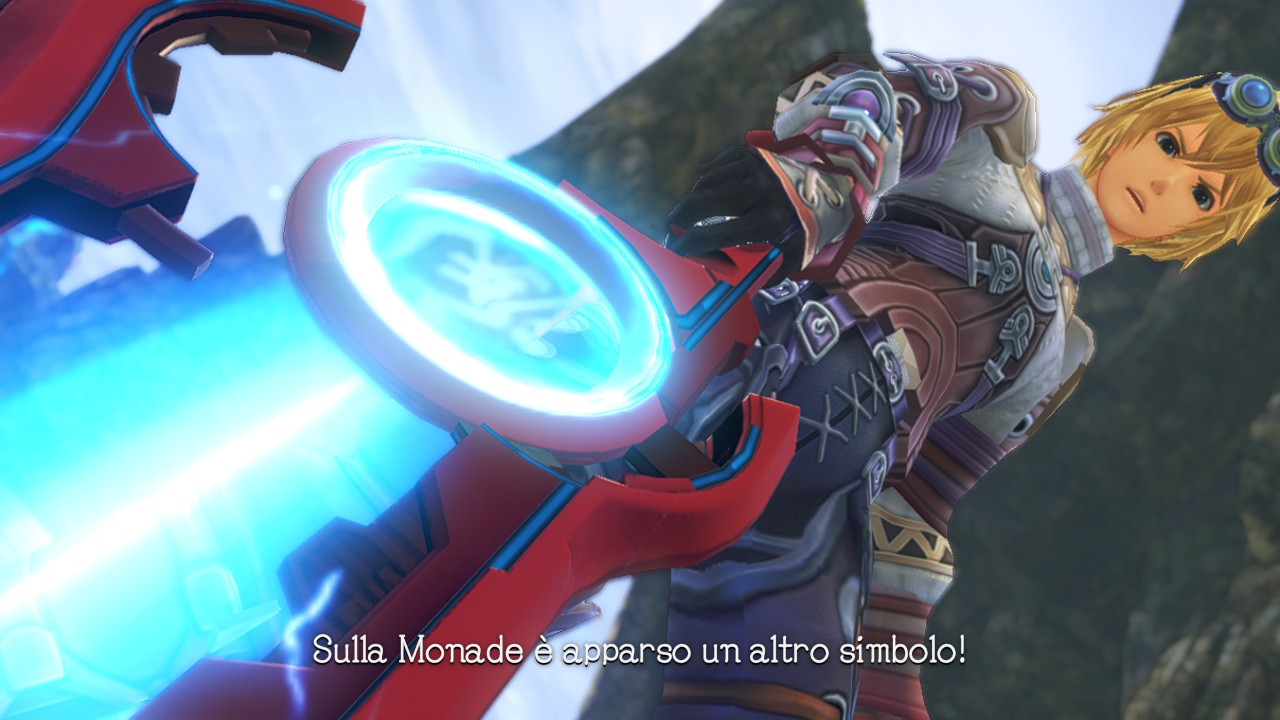 The clothes and equipment enjoy a complete restyling, as well as the new lighting system makes the environments more lively and pleasant to explore. These, despite some weakness due to low resolution textures present on some elements, are extremely evocative. The heat of the sunset is perfectly rendered thanks to the brightness of the colors, just as the night appears more starry than ever.

Not a complete remake, but not even a lazy remastered one

In addition to the aesthetic already abundantly addressed, the title boasts many small changes compared to the original counterpart. There remastered soundtrack is a treat for the ears thanks to a better compression of the audio files and to a more marked use of the strings compared to the original tracks, which however remain present and selectable from the settings. The dubbing, present in both Japanese and English, goes better with the facial animations of the characters offering a synchronization superior to the original. The secondary missions, tedious in the original title, are now easier to follow thanks to the improved map and can be selected from a convenient drop-down menu that can be activated at any time.

Special mention to frame rate, always stable even during the most agitated fights both in fixed and portable mode, even if in handheld the title appears decidedly less clean and more chaotic during the clashes.

The combat system has not undergone substantial changes: we are faced with the same action RPG structure similar to Final Fantasy XII of the original title, characterized by a series of techniques to be repeated in sequence. Monado's powers must be carefully studied based on the type of danger we face, as well as the skills of the characters must be taken into account during the Group Assaults.

Shulk's ability to predict the future is critical to avoiding fatal hits and the player's timing plays a key role in the clashes. The affinities between characters are also important, they can be improved thanks to the actions in combat and through the Empathic dialogues, multiple-choice conversations that can be activated at certain points on the map. Excellent new interface present during fights, characterized by smaller icons that make the hud slimmer.

We now come to the big news of Xenoblade Chronicles Definitive Edition: the additional epilogue called A common future. Selectable right from the main screen of the title, this newly created content is placed after the conclusion of the main plot. The story, set one year after the end of Xenoblade Chronicles, sees Shulk and Melia in search of the imperial capital Alcamoth but, after suffering a mysterious attack, they are forced to an emergency landing on the Bionis shoulder.

This rocky area, which cannot be visited in the original game but is still present as a cut content, is quite vast and full of dangers that you must face without the gift of foresight. In fact, Shulk has lost the ability to see the future and this leads to a change of approach in the clashes, now even more tactical. Another substantial change is theabsence of Group Assaults, replaced by collective attacks in collaboration with Kino and Nene, the two nopons of the party.

Finally, the epilogue is around a more than good length: if to complete the plot alone they are enough 10 / 12 hours, completing each subquest and finding all the sponsors 20 hours are safely passed. 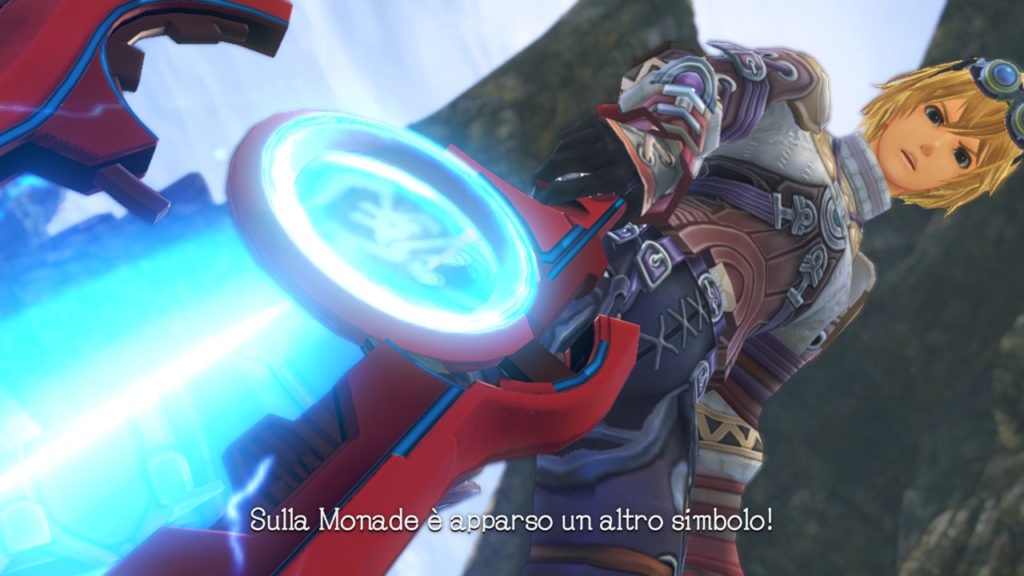 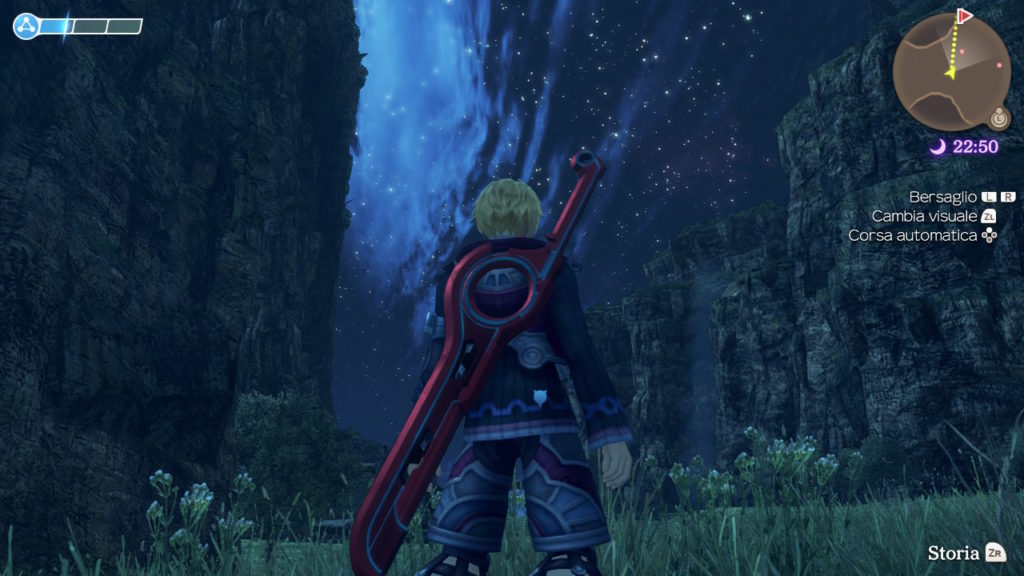 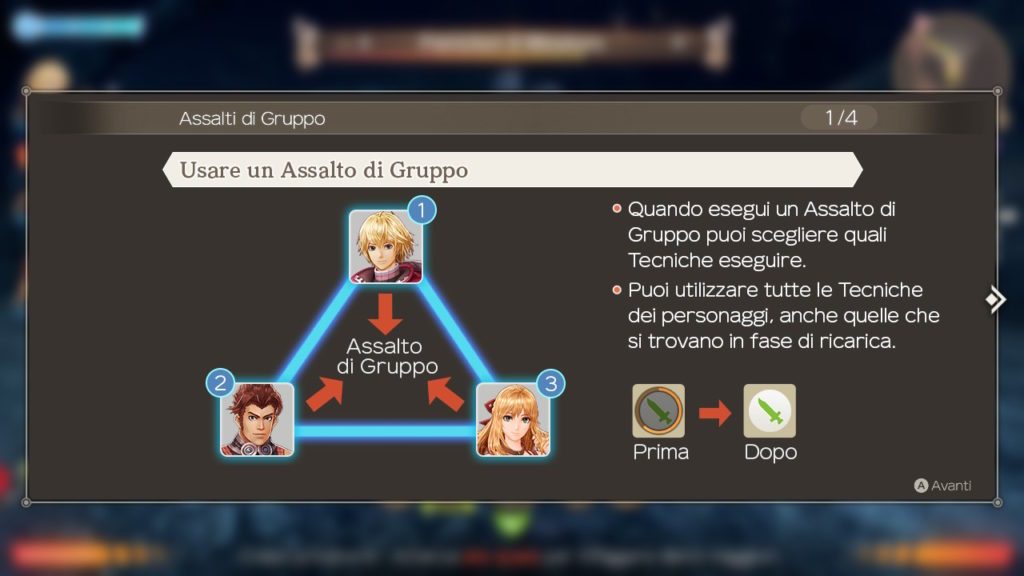 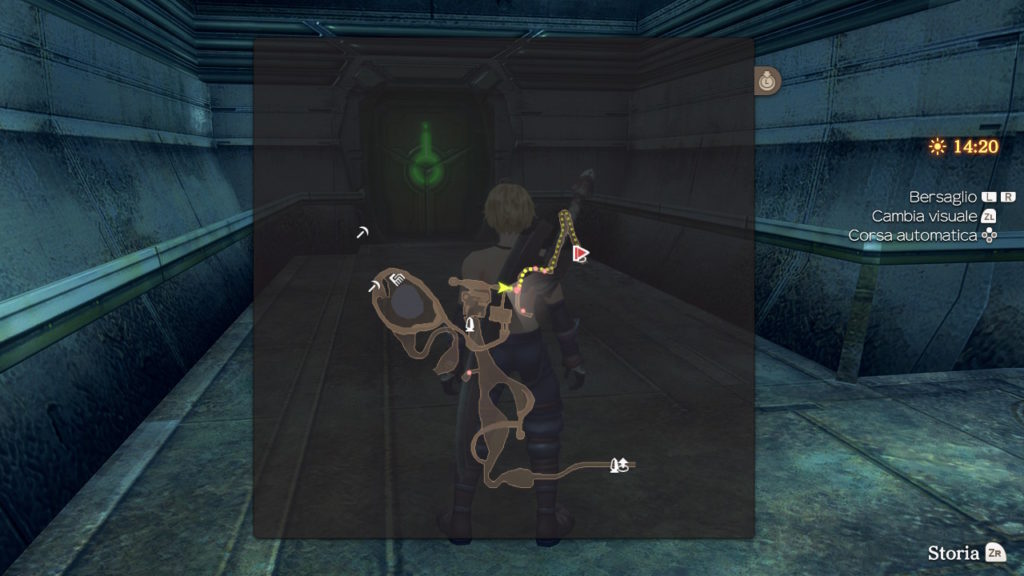 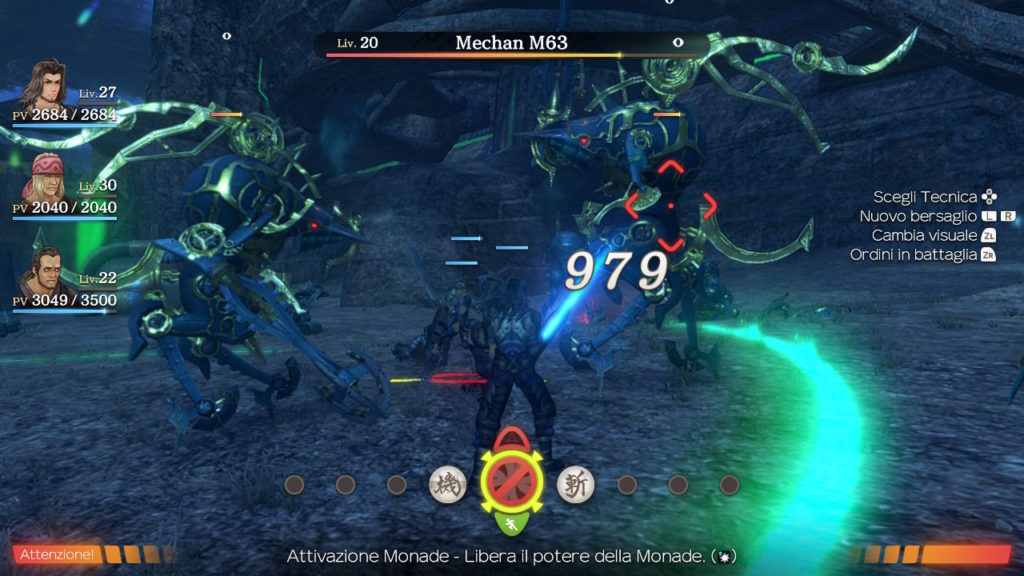 Dunban in action with the Monad 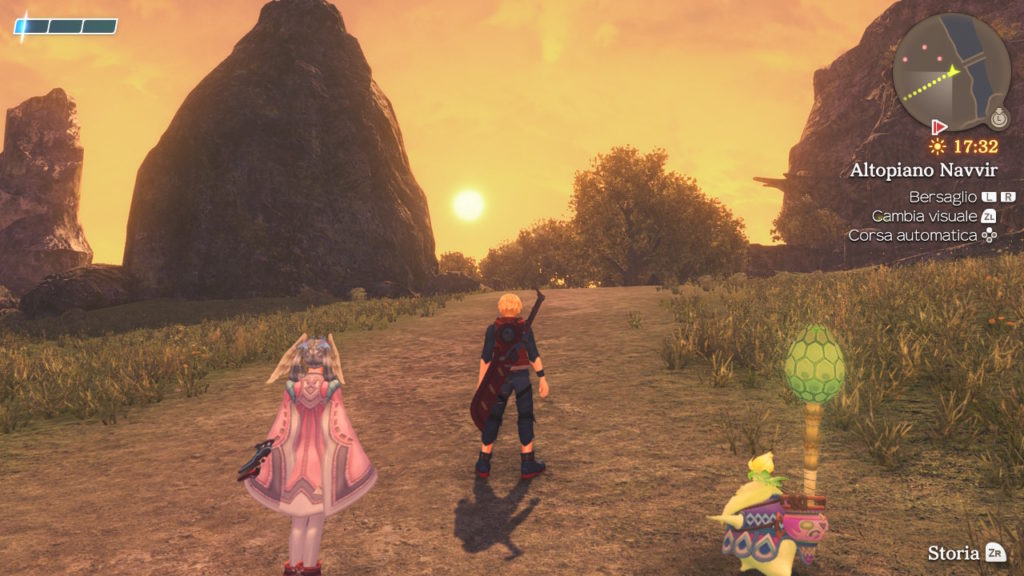 Bionis' shoulder is vast and full of enemies