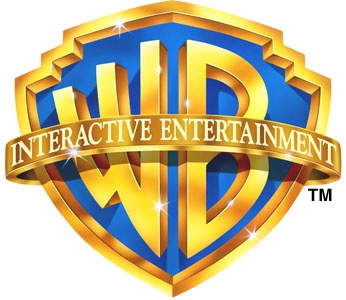 Developed by award-winning NetherRealm Studios, Mortal Kombat 11: Aftermath provides an all-new, cinematic story campaign that expands the Mortal Kombat 11 storyline with a time-bending narrative centered around trust and deceit. Through the immersive Story mode, players take on the role of various fighters to continue the epic saga as Fire God Liu Kang, the new keeper of time and protector of Earthrealm, must now enlist the help of unlikely allies and familiar foes to forge a new history as the fate of two worlds hang in the balance.

Mortal Kombat 11: Aftermath also adds to the growing roster of playable fighters with the triumphant return of Fujin, the God of Wind who serves as Earthrealm's protector alongside his brother Raiden, and Sheeva, the four-armed, half-human, half-dragon queen of the ancient Shokan race. RoboCop, the highly advanced cybernetic police officer, makes his first appearance in the franchise and features the voice and likeness of actor Peter Weller, who portrayed the popular character in both the "RoboCop" (1987) and "RoboCop 2" (1990) films. The expansion also includes three new character skin packs (incl. Three skins each) to be released over time and the "Thanks a Million" Johnny Cage character skin, which is available today.

Additionally, all Mortal Kombat 11 owners have access to a free content update beginning today, including the new Dead Pool, Soul Chamber, RetroKade and Kronika's Keep Stages, as well as Stage Fatalities, the fan-favorite finishing moves that use the environment to destroy opponents, and the popular ' 90's Friendships feature, allowing players to take down their adversaries with a hint of kindness.

Mortal Kombat 11 is the latest installment in the renowned franchise, providing a deeper and more personalized experience than ever before. The best-selling title is packed to the brim with multiple features and modes for all players, including the signature Story mode, Custom Character Variation System, Towers of Time, Kombat League, The Krypt and the robust roster of returning and franchise-first fighters , all equipped with powerful Krushing Blows and unique Fatalities that display devastatingly brutal cinematic visuals.

Warner Bros. Interactive Entertainment, a division of Warner Bros. Home Entertainment, Inc., is a premier worldwide publisher, developer, licensor and distributor of entertainment content for the interactive space across all platforms, including console, handheld, mobile and PC-based gaming for both internal and third-party game titles. Additional information can be found at www.wbgames.com.

NetherRealm Studios is a leader in the development of interactive entertainment and the creator of the billion-dollar Mortal Kombat franchise. Mortal Kombat has spawned two theatrical films, multiple television series and has sold over 42 million games to date. Located in Chicago, Illinois, the award-winning NetherRealm team has been working and creating games together since 1992. Additional information can be found at www.netherrealm.com.

Mortal Kombat 11 © 2020 Warner Bros. Entertainment Inc. Developed by NetherRealm. All other trademarks and copyrights are the property of their respective owners. All rights reserved.

The JOKER and all related characters and elements are trademarks of DC Comics © 2020.

*** These videos / trailers may be displayed only if it is behind an age: (1) is age-neutral (ie, it requires user input from their drop-down bar) ; (2) employs reasonable technical measures to keep underage users from re-entering their age after initially being denied access; and (3) does not display any ESRB rating information on the trailer or the age-gate itself. Failure to implement these requirements may jeopardize your ability to obtain material of this nature from us in the future. ***

NBA® 2K20 is Changing the Game with a Dynamic Soundtrack Developed ...