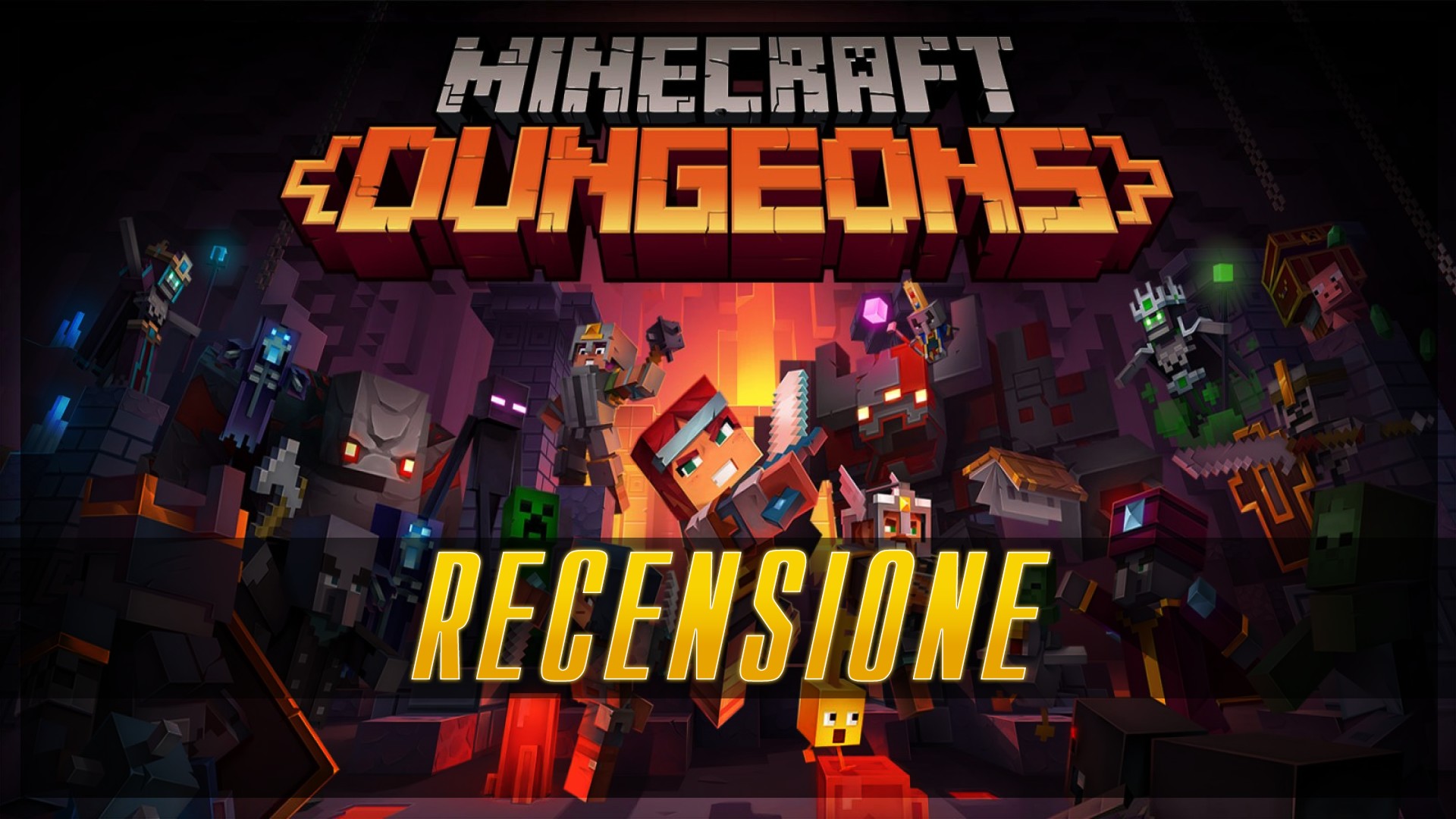 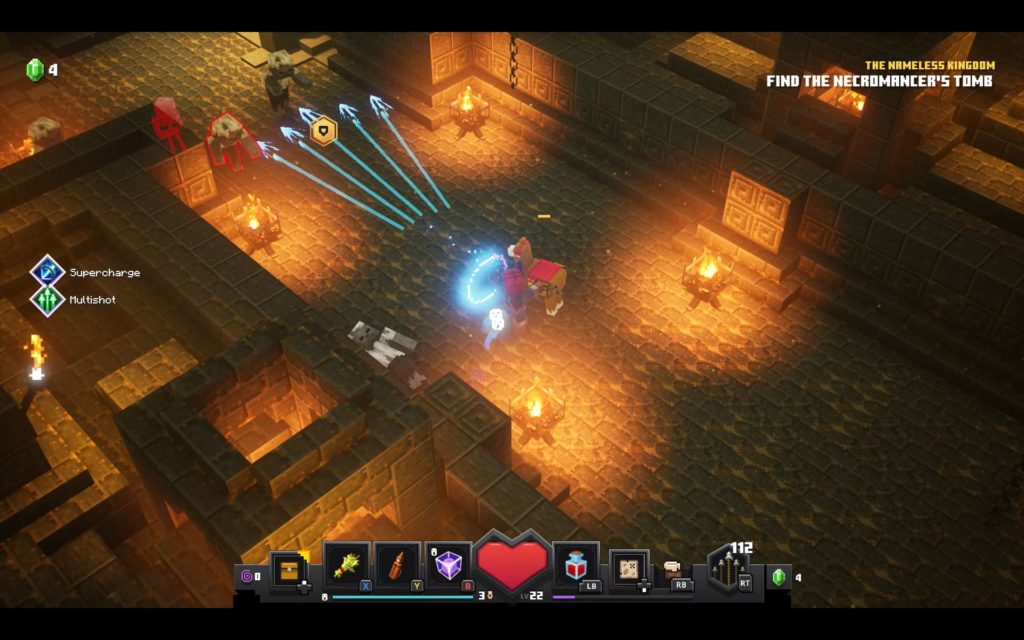 Minecraft Dungeons presents itself to the public with a heavy weight on its shoulders, or that of a brand of planetary fame that is proposed in a new declination, the dungeon crawler. The title of Mojang, released by Microsoft under the Xbox Game Studios label (who provided us with the review copy) immediately intrigued a large portion of players of the "older brother", especially thinking about the vast possibilities offered by a title that brings Minecraft in his name. Possibilities that perhaps, however, could be exploited more. Let's see why. 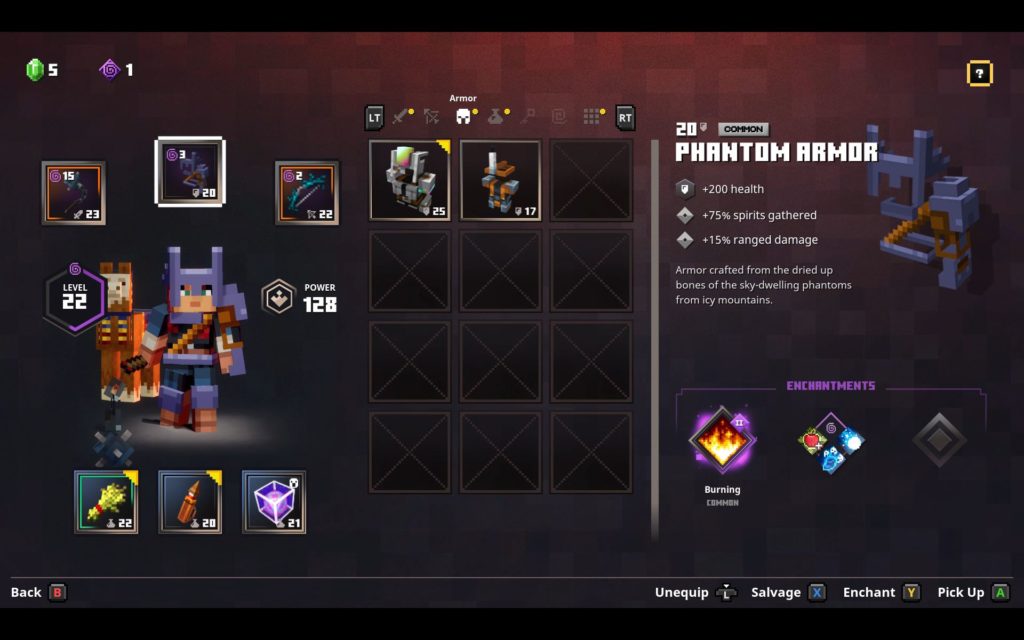 The plot behind Minecraft Dungeons it is quite simple: the Arch-inhabitant came into possession of the Sphere of the Dominion with which he subjugated the population. We have the task of chasing him through the game levels to try to defeat him, free the inhabitants and put an end to his threat. From the very beginning of our journey, the predominant element of the whole videogame offer stands out immediately: essentiality. The game allows us to choose a skin for our character (some unfortunately for a fee), whether to play offline or online in a multiplayer that supports up to 4 players ... and that's it. This is all you need to try your hand in the game world right away. No choice of classes or attributes to study to designate the archetype of our character from the beginning: we immediately throw ourselves into the fray, starting from the liberation of our camp that serves as the main hub throughout the course of the adventure. Once this is done, we proceed between the various levels, each with its own type of enemies, its bosses, environmental and possible puzzles drop. These represent the fundamental element as regards the definition of the playing style of our character: while remaining in the order of a handful of statistics to keep an eye on, the equipment will define the "class" of our character. In addition to three artifacts, which somehow represent our hero's active skills, he can equip an armor, a ranged weapon and a melee weapon. The latter bring simple passive dowries, which can be developed through the distribution of spell points which are obtained by leveling, and are the basis of a system that allows at any time to get back the points simply by trashing the weapon on which they were spent, ready to be relocated elsewhere. Maybe completely changing the style of play. Everything is very simple, intuitive and immediate, just a few minutes and a quick reading of the descriptions to build a character that is immediately performing and suitable for our idea of ​​approach to combat, which is also extremely essential in its development. This feature, although it favors immediacy, obviously presents a downside, or a limited general depth of the title. Getting familiar with the mechanics of a product belonging to the same kind of titles as Diablo or Path of Exile, also means that, compared to these, the possibilities to be explored end up predictably rather limited. Maybe even too much. 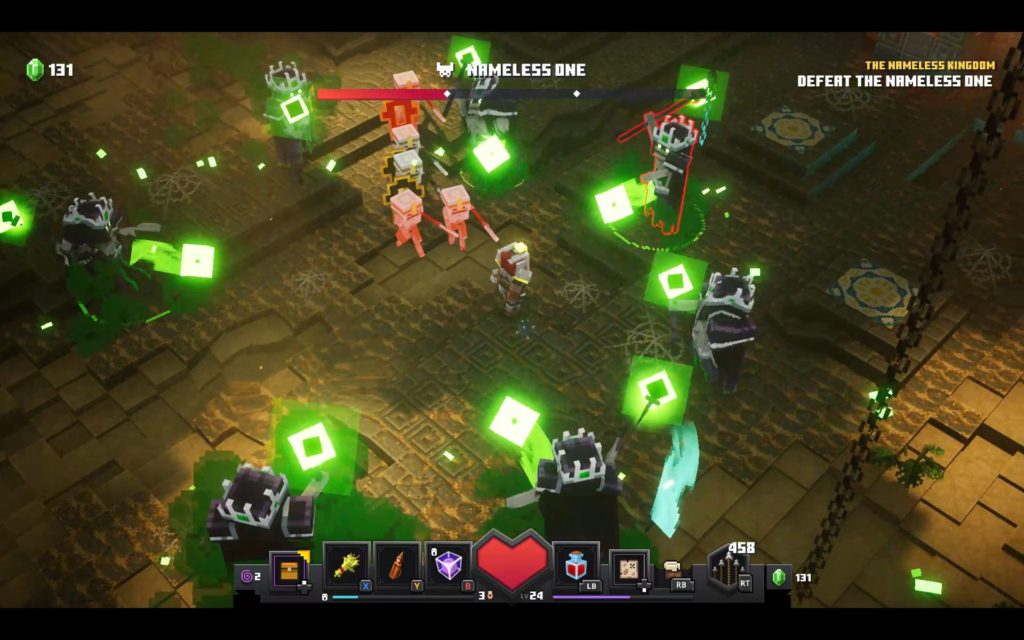 Considering the set of these elements, it is evident how Minecraft Dungeons tries to target especially the younger audience, who has perhaps never faced a genre historically quite complex in its mechanics. In Mojang's general simplification work, however, the longevity of the game inevitably ended. Without too many words, it is a very short title. Too short. In fact, everything is resolved in just a dozen partially procedural levels that can be tackled without a specific order, with the exception of the final part of the plot. These are absolutely well done from a technical and stylistic point of view, starting from simple and linear maps that become more and more complex in the last bars of the game; they present rather nice, albeit elementary, environmental puzzles and a series of boss fights pleasantly surprising and fully in the spirit of the Minecraft brand. The game screen is pleasant to see, the hud is simple and functional, the sound that accompanies the adventure is absolutely inspired and well-made. But there is little else. Interaction with the game world is at a minimum union, NPCs are absent as well as any type of dialogue and getting lost in the corridors of the dungeons, even in the more labyrinthine ones, is practically impossible thanks to an evident indicator that clearly suggests which is the correct path to follow. Everything is extremely intuitive and simplified to try to meet a certain type of audience, but at the same time it appears really poor in details. It goes without saying that a player who is not totally foreign to the world of ARPG can complete the entire campaign on standard difficulty in just one afternoon. Despite the presence of some secrets to be discovered here and there and the possibility of replaying the levels at higher difficulties (Adventure and Apocalypse) that unlock a handful of new equipment, it is overall a far too short experience. Even the camp, that is our base, has practically no possibility of personalization if not the addition, however automatic, of some merchant. Not even our home, which stands on this map, presents great possibilities for interaction and we will see its interiors enrich themselves independently only with the progress of our adventure. Such a pity. 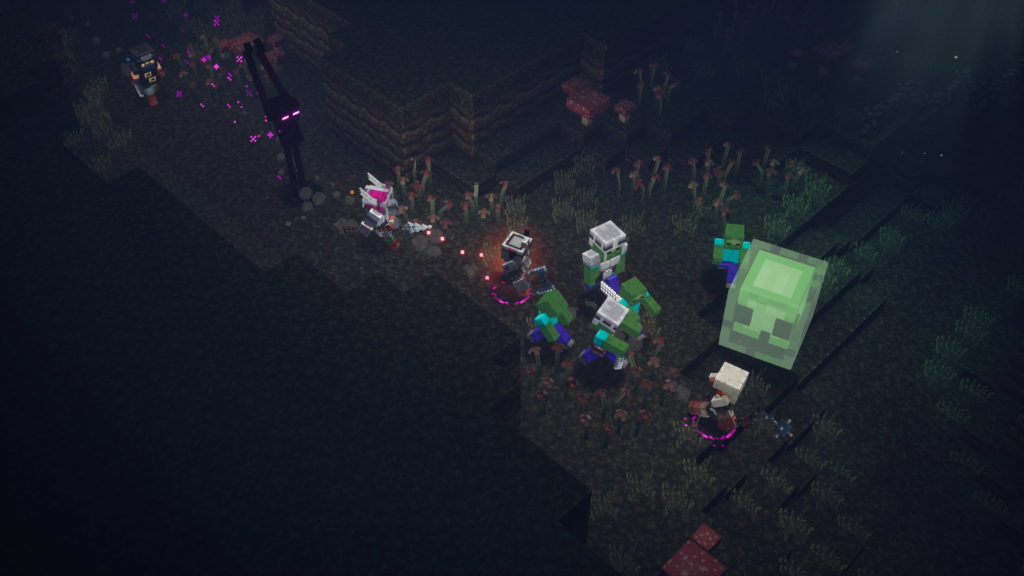 In addition to the rather poor longevity, the biggest lack of Minecraft Dungeons is perhaps not to fully resume the spirit of the game from which it derives. If over the years Minecraft has become a symbol of creative freedom and a world of play completely modeled by the imagination of the players, Dungeons fails to replicate the cardinal principles on which his close relative has based his extraordinary success. The almost total lack of customization, the impossibility of leaving a footprint of any kind on the game world and even the complete absence of a level editor (rather paradoxical considering the brand of which the game is part), leave the bitter in the mouth for a title with enormous potential, however, held back by an excessively preconceived approach. Overall, however, it is a good title, absolutely enjoyable by the younger audience and the layman of the genre, while the most savvy may not find interesting elements, if not the arduous level of challenge provided by the highest difficulties and the fun guaranteed by the multiplayer mode (which will support cross-platform after release). Needless to deny, however, how Minecraft owes much of its popularity to pre-adolescent boys and the game could adequately represent, for these, a rather basic and highly digestible first approach to the world of dungeon crawlers. Even from this point of view, however, the title remains overall rather sparse in its initial release which, fortunately, Mojang has promised to enrich over time with new dungeons and new content (both free and paid) released on a regular basis. In the meantime, he may still deserve a chance in light of his affordable price and its availability within the Xbox Game Pass, perhaps waiting for new material that makes it overall richer and less immature. 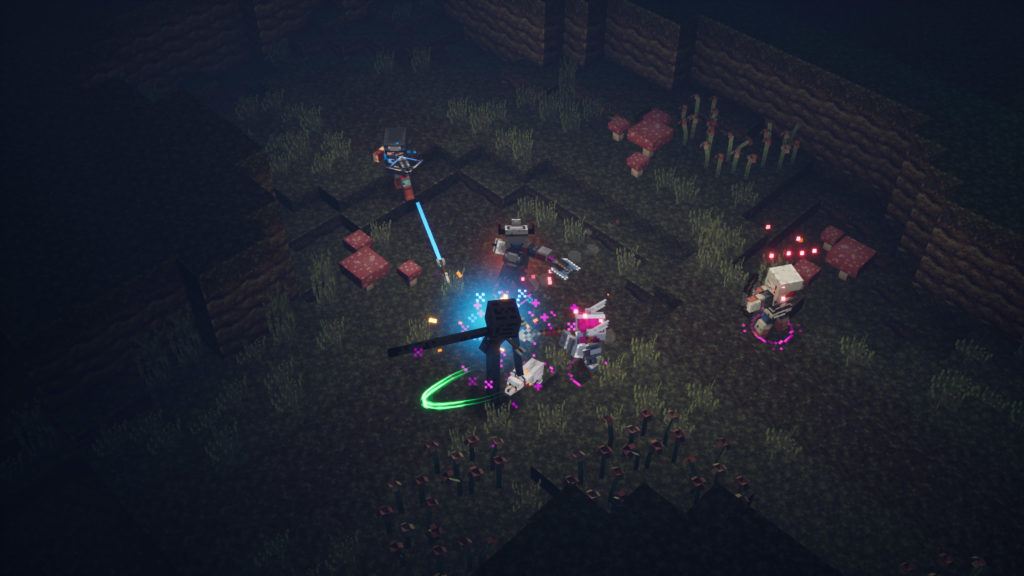 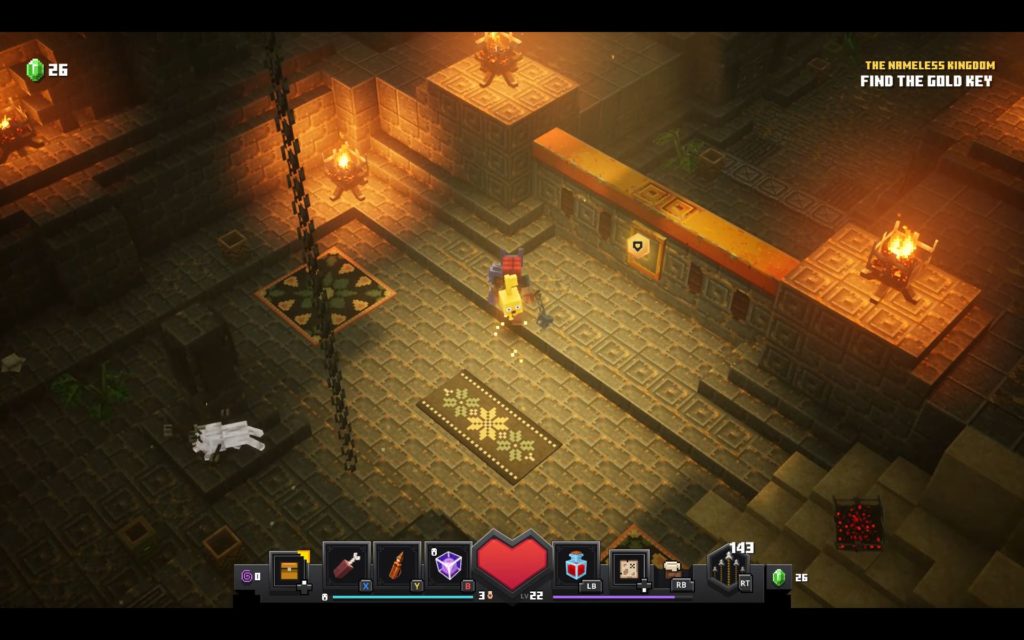 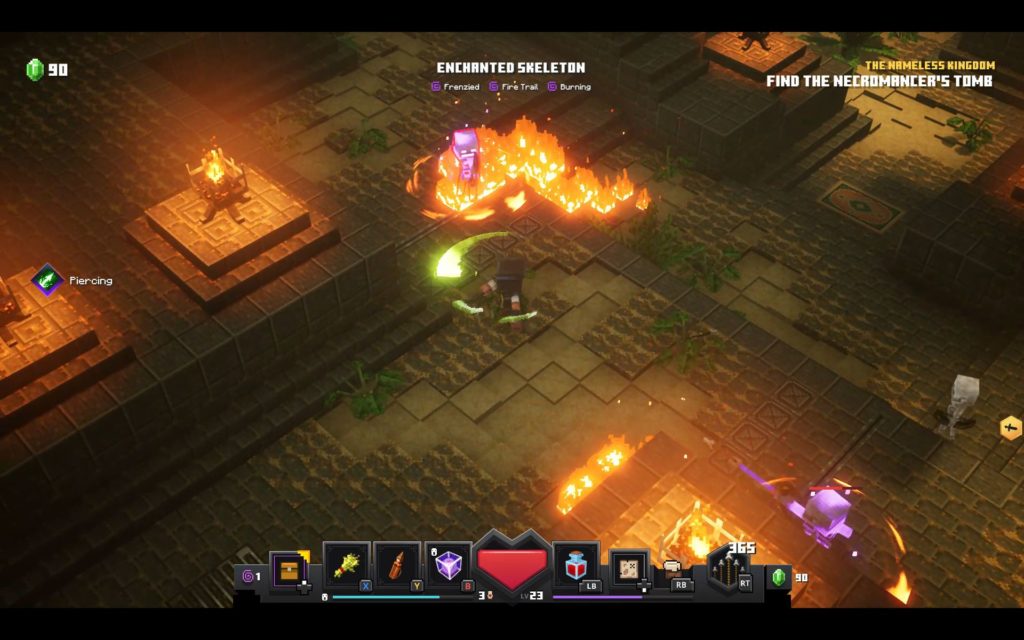 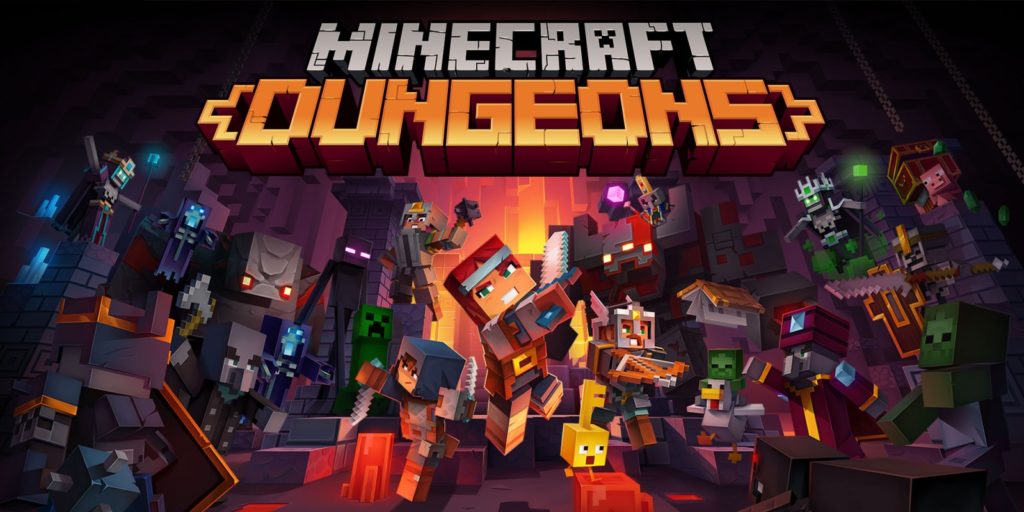 Valve, Steam Labs will help the player decide what to play