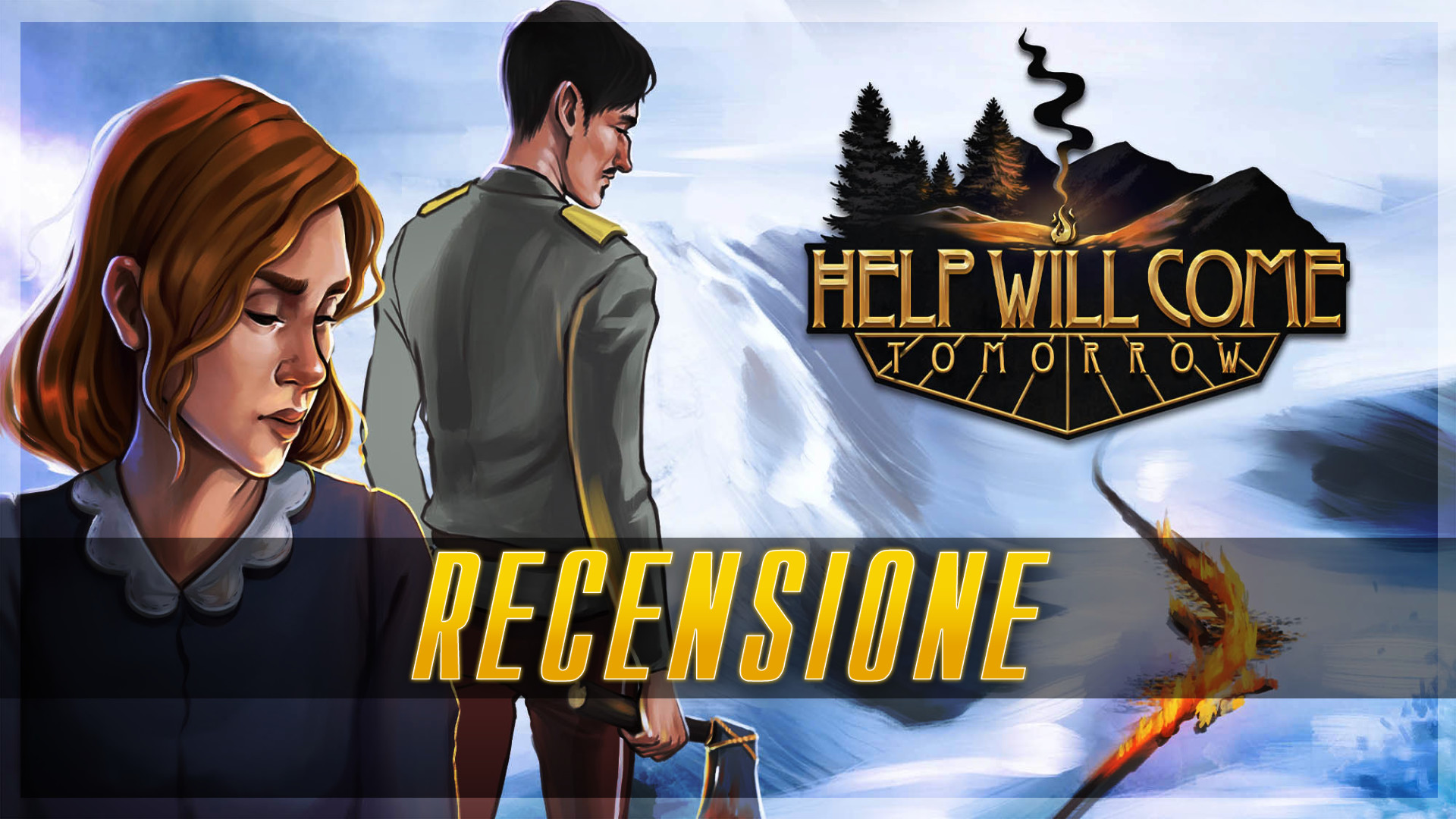 Help Will Come Tomorrow is a survival roguelike set in one of the worst scenarios imaginable: the protagonists are the survivors of a derailment of the trans-Siberian route in the cold Siberia in 1917, during the period of the October Revolution. Randomly, 9 are selected from a pool of 4 characters and the player must ensure their survival, fighting frost, sleep, hunger and bandits.

The game is divided into two distinct phases: day and night. During the day phase you have to manage the actions of the characters. Everyone has 3 available and you can use them to improve your base camp, cook or build useful tools for survival. Two other characters are at the same time engaged in exploring the surroundings of their camp, in the search for important resources and escape routes. Making the best use of the available actions and keeping all the characters in good physical and mental health is at the heart of the player's decision-making action.

During the night, the characters gather in front of the fire and have conversations, with which you find out more about their life, their past and their character. And the focus of the game is precisely the characters: from different social backgrounds, they stand for revolutionaries or aristocracy, while some remain neutral on the subject. This leads to tensions in the group, which must be best managed to ensure their survival.

Help Will Come Tomorrow keeps track of different characteristics of cooperation: trust, friendship and credit. Based on how they are managed by the player, the relationships between the characters and the overall morale of the camp lead to specific events and quests. This is perhaps the most interesting and most wasted aspect of the game at the same time. The interpersonal relationships and tensions arising from the different political ideologies are an excellent way to break the survival rhythm and try to give an emotional attachment.

Unfortunately, writing is never excellent: it stands on clichés taken for granted, there is no real depth from the characters, all seasoned with translation and typing errors that detract only from experience. On a mechanical level, everything is managed better, with each character having personal traits that make him more suitable for certain tasks. This greatly helps replayability, as different compositions will lead to different approaches to adventure, shifting their priorities.

Help Will Come Tomorrow does not mess with the difficulty. Feeling confident of my abilities, I started at medium difficulty, to find myself in game over situations very soon. And random events can really change your plans drastically: you really must always be ready for anything. The obstinacy will certainly be appreciated by fans of the genre, while if you are less accustomed I advise you to start the first to start at a minimum level of difficulty.

The menus and controls, which I found unintuitive and uncomfortable, do not help in understanding the game. The game has been released for all platforms and here we have tested the Switch version, but it's clear how it was designed for a mouse and keyboard experience. When you try to play with a controller, it's not very intuitive. Some menus accept commands only from analog, others only by arrow, others from both. On the screen there is a cursor to move with the right analog to select some elements, while others can be reached using the keys. The proportion between the fonts is also not optimal for portable use. Getting used to the controls is a huge effort. Not insurmountable, but never natural, it always remains as a visible barrier between player and game.

Another slightly negative point is the tutorial. Walls of text to explain the various menus, in a pop interface in which is clearly designed on a different level than the game and which tends to bugge itself, blocking the player's controls. I had to restart the first game three times to overcome always different blocks, to then completely eliminate the tutorials and get by.

Help Will Come Tomorrow looks like a somewhat artificial game in its making. Less immersiveness than I would have expected, but it succeeds in its task of creating a survival structure for a heavy and oppressive disaster. Sufficient for fans of the genre without standing out at all, too uninspiring and flexible for players open to new experiences.

Monster Hunter Rise, the soundtrack will consist of 117 tracks contained in four discs