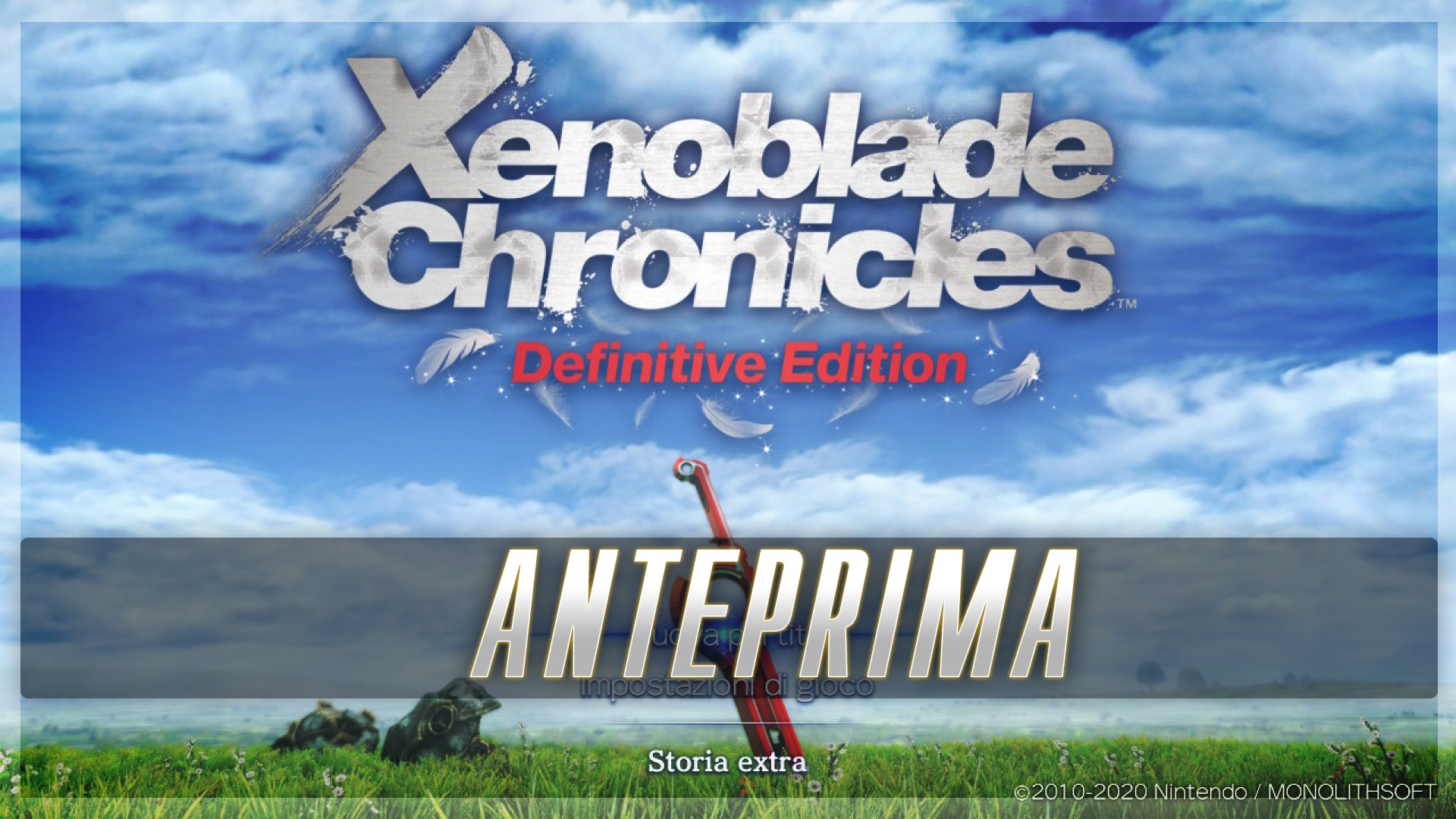 Here we are, nine years after the arrival on the market of the masterpiece that was Xenoblade Chronicles, to still speak of this title. The Jrpg born from the mind of the former Square Enix Tetsuya Takahashi (remember Xenosaga? Here, always him) lands on Nintendo Switch thanks to the long-awaited Xenoblade Chronicles Definitive Edition. After a 3D reissue for New Nintendo 3DS, will it be worth returning to relive Shulk's adventures once again?

For all those who do not know the title, here is the narrative incipit in brief: Bionis and Mechanis, two titanic deities, battle each other until they kill each other. Different forms of life formed on their immovable bodies thousands of years later: on Bionis the Homs, beings identical to humans, and the Nopons, small nomadic creatures, and on Mechanis the Mechanisms. The latter kill the inhabitants of Bionis to feed on them and are almost invulnerable. Why almost? Because Dunban, hero of Colony 9, is in possession of the only weapon capable of killing these robotic creatures: the monad.

The story from here continues and in a very short time the protagonist becomes Shulk, a boy apparently stereotyped for a plot that might seem trivial, but that offers good twists accompanied by unexpectedly bloody moments.

Nine years has gone so fast

As you could already guess from the trailers and official images, the look of the title has been completely retouched in Xenoblade Chronicles Definitive Edition. We are not talking about simple graphic upscaling, but about a real change of aesthetics of the characters. Do you remember the so realistic but flat faces of our heroes? Forget them, they have been discarded in favor of a design much closer to that of Xenoblade Chronicles 2. This gives, in addition to a sense of continuity in the saga, a freshness never seen in the title. Faces are expressive, bright colors and equipment more detailed than ever.

Note also on the lighting system, which makes the environments really pleasant to see and the large game map pleasant to explore. A sure winning move, good Monolith Soft.

So is it a remake? Fortunately no.

After mentioning the new graphic look, one would almost think of being in front of a remake, but we would be far from reality. Of course, the much more anime style is a clear change, the beautiful music is orchestrated and there are small additions designed to streamline the experience, but the skeleton of the game is still that. Fortunately, I feel like adding. The Gameplay is practically the same as in the past, based on the Monado's powers and the various skills of the characters to be used in rotation in real time. In short, nothing revolutionary, but Xenoblade Chronicles from this point of view has aged very well and it would have made no sense to upset the gameplay.

Come on, I know you are here mainly for this: the additional epilogue "A common future". Activated from the main menu of Xenoblade Chronicles Definitive Edition since the first launch of the game, an option designed for those who just want to enjoy this new content, or for masochists, this extra chapter is placed after the events of the main plot. Telling you more would mean running into heavy spoilers, just know that this part of the game allows you to visit an area previously visible but inaccessible, and inserts a new combat mechanic concerning the Nopons. Are you confused? Great.

After hours and hours in the company of Shulk and company, I can say that this trip will be magnificent both to those who have never experienced it, and to those who already nine years ago found themselves in the hands of one of the best modern JRPG. I still have many hours of gameplay ahead of me before I make a final judgment, but, for what Monolith Soft has shown me so far, this perspective is more tempting than ever.