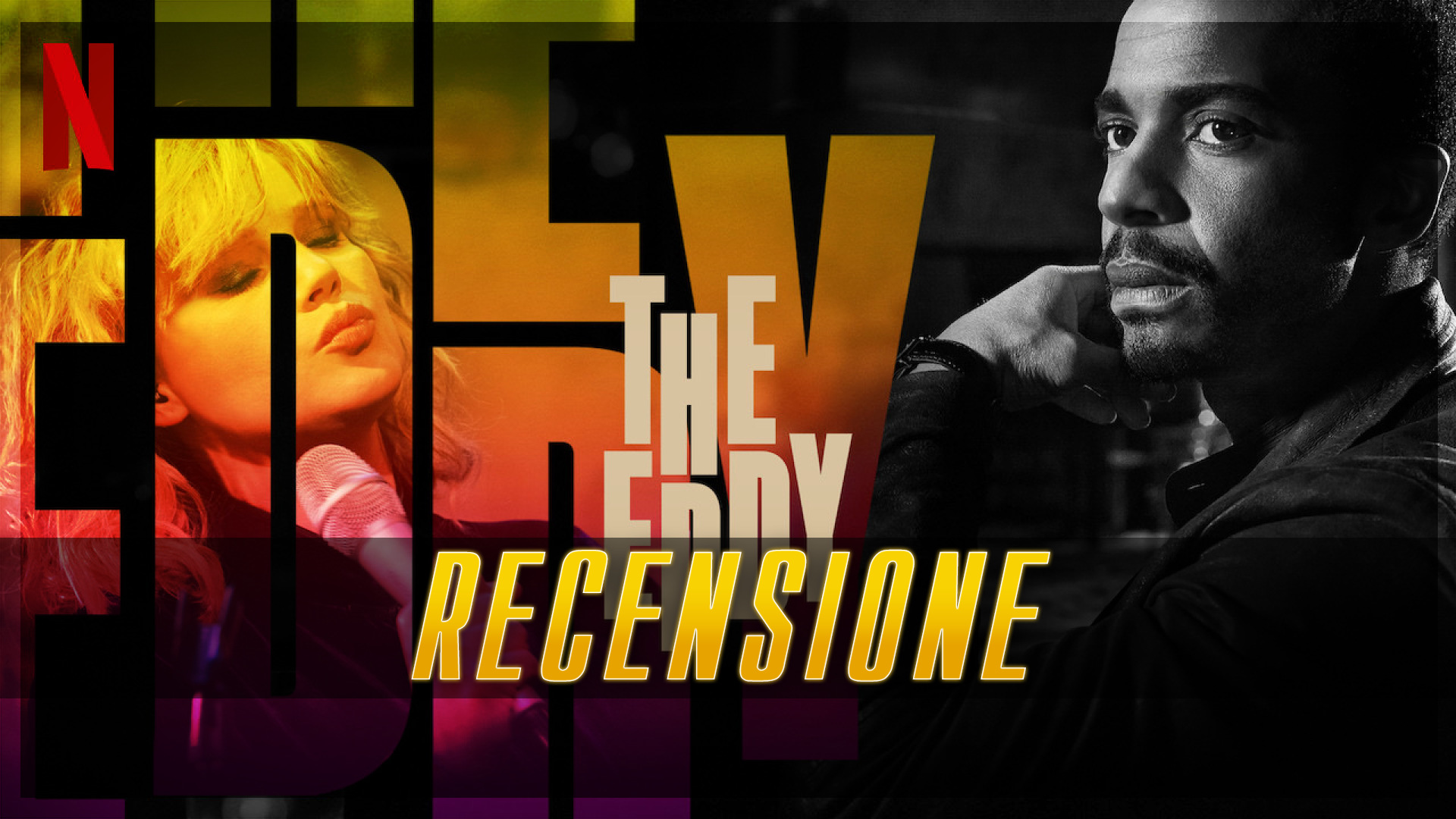 Jazz is not easy music. By laymen it is often defined as that genre with more people playing it than people listening to it. So building an eight-episode TV series on a jazz band doesn't seem like the best idea, especially if you are aiming for wide audience success.

Yet Netflix tries, and entrusts the challenge to Jack Thorne. I know, Harry Potter fans shivered down your spine. He is among the authors of The Cursed Child, true, but he is not alone in this adventure. To support him for part of the direction and production there is the man who brought jazz to the oscars only a few years ago. Damien Chazelle, director of Whiplash and LaLaLand.

The Eddy, Paris and jazz

The Eddy is a jazz club in Paris, in the thirteenth arrondissement, opened by two former musician friends. Farid, Parisian trumpeter and Elliot, famous American pianist who retired from the scene after the death of his son. The Eddy is also the band that plays us in that place. A pack of musicians gathered by Elliot in Paris; many of them come from non-idyllic situations, barely chew both French and English, but they know that this band is their chance to do something with the talent they have available. The Eddy is also a song. A piece that Elliot struggles to finish writing and that accompanies the narration, from start to finish.

The plot runs through Paris. Not the touristy La Ville-Lumière, the sparkling center, the Champs Elysées and the Eiffel Tower, but a Paris of periphery, which a bit like jazz, is capable of welcoming and excluding you at the same time. The protagonists live this city as foreigners. Julie, Elliot's daughter sent to France by her New York mother, more than anyone else struggles to adapt to the reality of the French capital. Yes, bartender of The Eddy and aspiring musician, is Parisian by birth but Arab, locked up together with family and friends in a suburb without easy ways out. The band itself is very little Parisian: the musicians come from Cuba and Poland, from Los Angeles and Croatia, they have uncertain lives, suburban lives whose only center is The Eddy.

But if you think that the series is only the story of a band, you are wrong. Each episode plunges into the life of one of the characters, peering into the difficult everyday life for those who live on music, for those who lived on music, and for those who would like to live there. Because this series actually talks about that, about music.

The Eddy project is apparently so ambitious that it seems almost insane. The whole band removed the singer played by Joanna kulig, It's composed by real musicians, with almost no actor experience. Among them, those to whom an entire episode is dedicated are not even native speakers in either of the two main languages ​​of the show.

In addition to this peculiar choice of casting, the production wanted to cure the musical part in a maniacal way. The venue set also acts as a recording studio for each band performance. The songs were composed for the occasion by Glen Ballard, collaborator of famous international artists, from Michael Jackson to Elisa, as well as winner of five Grammys.

In an interview with Film Indipendent Ballard he stated that while composing the music, before the show began to be filmed, he had no intention of building a story. The only constant that goes through these pieces is that they are "Set in Paris". The passion and attention for this aspect of the series are evidenced by a video published by Netflix on YouTube entitled "The Music of The Eddy".

The name of Chazelle seems to be a marketing choice. It worked for me at least, when I saw the name of the director of Whiplash alongside a series on jazz I immediately convinced myself to watch it. But actually in the 2014, when the show took its first steps, this choice was also a bet. The director was mostly unknown, his big hits were yet to come, and the series producer, Alan Poul, had only seen Whiplash's proof of concept.

Everything sounds, or almost

The Eddy is an experience, something never seen in the world of TV series. The quality of the technical realization is undisputed. Obviously starting from the music, to which everyone, actors and musicians, have dedicated themselves body and soul. I think even a layman is able to notice the difference between the songs played during the episodes of The Eddy and the pantomime that normally replaces the music played live in the visual media. These songs remain in your head, they involve you. You can imagine being in the room during rehearsals, in Sim's garage in the middle of a banlieue, to be one of the passersby who listens to the Jude double bass playing in the streets of the center.

Directing is another highlight of this series. The first two episodes filmed by Chazelle are phenomenal. The sequence plans that are now the trademark of the American director accompany the execution of the pieces and drag you into the club. Even the other three directors, Houda Benyamina, Laila Marrakchi and Alan Poul, who is also the producer of the series, are distinguished by courageous choices. They are not afraid of experimenting, inserting clips shot so as to appear taken with a telephone, in some cases even at the expense of visual and audio quality; diving, however, gains immensely.

The real immersion, however, is given by the characters, and it was not obvious that it happened. It's easy to portray musicians as cursed geniusesincomprehensible to us mere humans. And with a genre like Jazz, falling into this trap seems almost obvious. But from the first moment all the characters of The Eddy are real. Simple in the way they act and how they make mistakes. Talent doesn't make them alien, on the contrary, it perhaps makes them even more human. It is their personal stories that carry on the series, their small or large daily dramas and the way music helps them overcome them.

You can't talk about the characters without spending a few words on the interpreters. Rather than highlighting the acting qualities of Holland or Rahim, or the musical qualities of the band members, I would prefer to shift the focus to the other side of the coin for these interpretations. Almost all the actors had to learn to play an instrument and all the musicians had to try their hand at acting. The results have been surprising.

Perhaps the only doubts that I feel I have to express about The Eddy concern history. Not that the plot itself contains mistakes: it is written regularly with a beginning, a development and an end, but does not sound, in every sense. It seems extraneous to the tone and sense of the series, it seems put there only to give an idea of ​​the passage of time. But above all, the plot concerns music only marginally. I don't know if there could have been an The Eddy without this main plot, dragged only by the personal stories of the musicians, but if the goal was to explore Elliot's psychology, one could perhaps find an expedient that related better to music.

Despite this bitter note, the series remains unique and a must see. It is rare for Netflix to produce such a project, without sure feedback from the public and above all without a following. The Eddy is driven by the passion of every single member of the cast and production and conveys to anyone who looks at him an unconditional love for jazz and for music in general. In fact, despite having already watched the whole show, I also look forward to it on May 8, the release date, because I want to see this Spotify page fill with the songs I fell in love with.