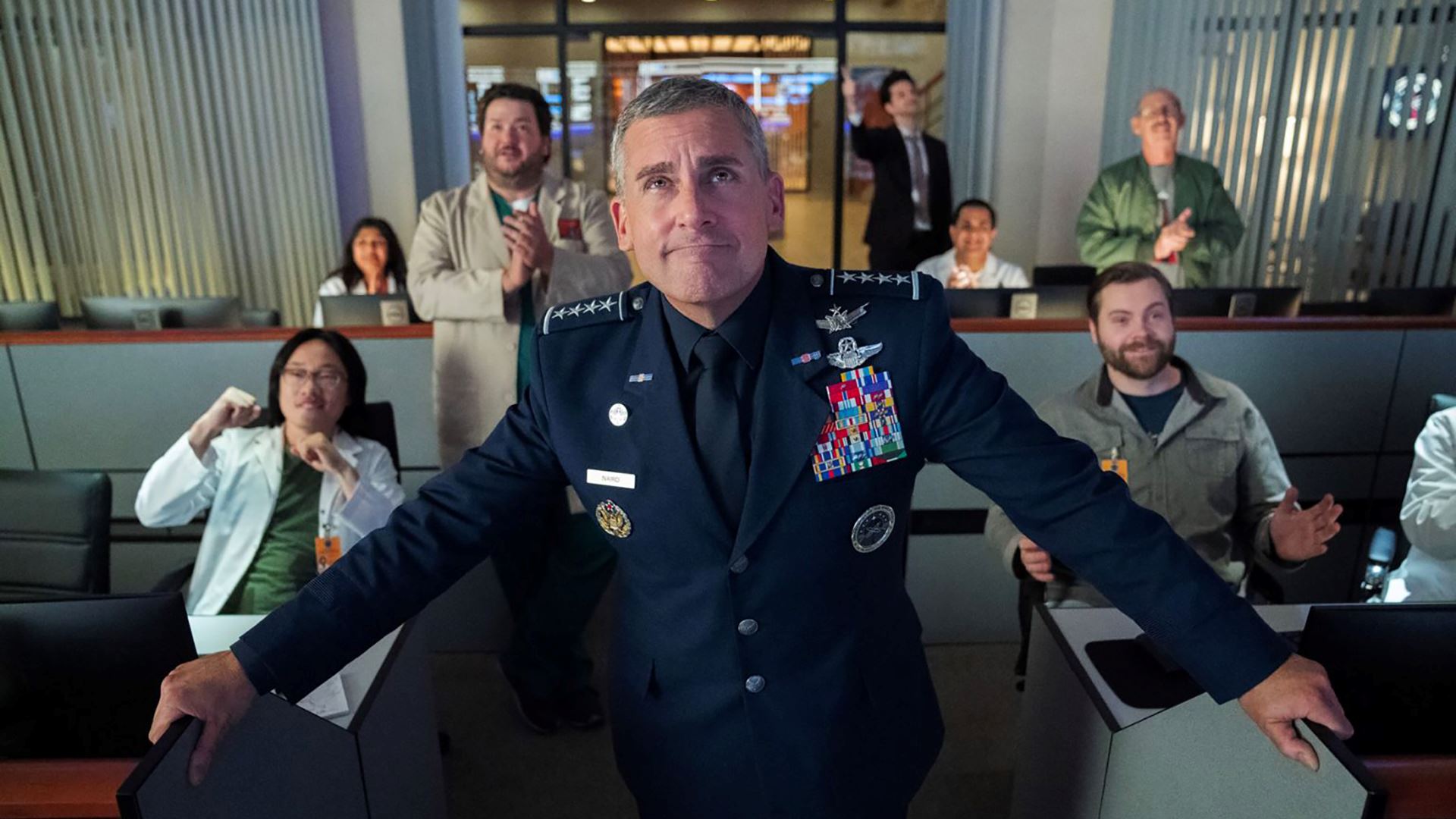 Netflix releases today the teaser di Space Force, the new original series created by Steve Carell e Greg Daniels, available in all countries where the service operates from Friday May 29 2020.

Space Force is a new Netflix series belonging to the trend workplace comedy, a comedy set in the workplace, where the stakes are incredibly high and ambitions are even more so. In the cast too John Malkovich, Diana Silvers, Tawny Newsome, Ben Schwartzbeyond to Lisa Kudrow, Jimmy O. Yang, Noah Emmerich, Alex Sparrow e Don Lake. Howard Klein / 3Arts (The Office) is the executive producer e Greg Daniels the showrunner.

Steve Carell thus commented the series: “The idea of Space Force arrived in a rather unusual way. Netflix wanted to produce a fun show and the idea of ​​a product dedicated to the origins of a fictitious Space Force made everyone laugh during a meeting. There was no show, there were no ideas other than the one linked to the title. So I called Greg and said, "Would you like to create a show called Space Force?" And he replied: "Yes, it sounds good. Let's do it." There was really no basis, except that name that made everyone laugh. So we got busy. Having only the concept related to the same Space Force, Greg and I sat at the table and asked ourselves: “So, what will the show be like? What will he talk about? " And we came to the conclusion that he should have talked about the start of this Space Force and the person entrusted with its development, the creation of a new branch of the armed forces. And my character, General Mark R. Naird, was given the task of creating this branch."

Greg Daniels he added: "After that call, we organized a lot of creative sessions where we brainstormed at Steve's house, outlining who his character would be, what pressures he would have to face and what we wanted to communicate regarding the idea of ​​making space more military. We realized that the story had wonderful graphics, a mythical quality and that echoed some of America's best moments. She was rich in heroism and, at the same time, had a strong satirical element. Suddenly everyone realized that there is wealth on the moon and we had to rely on it. It was like watching a race to colonize space. The contrast between this element and NASA's super hopeful early days is a good topic of satire. We wanted to make sure we were precise and more than respectful of the military virtues that characterized Steve's character. We had astronaut and scientific advisors and our military adviser, Mark Vazquez, was very helpful in teaching about militia behavior. Both Steve and I have relatives in the army that we love and respect, so we hope they can enjoy watching the series. "

The life of General Mark R. Naird (Steve Carell), a highly decorated pilot who dreams of commanding the Air Force, is turned upside down when asked to take the reins of the new sixth branch of the American armed forces: the Space Force. Skeptical but determined, Mark moves with his family to a remote base in Colorado where, together with a diverse group of scientists and "Spacemen", he tries to quickly bring American astronauts back to the Moon and achieve total domination of space, as required by the House Bianca.

Resident Evil, the reboot film of the first chapter has officially ended ...