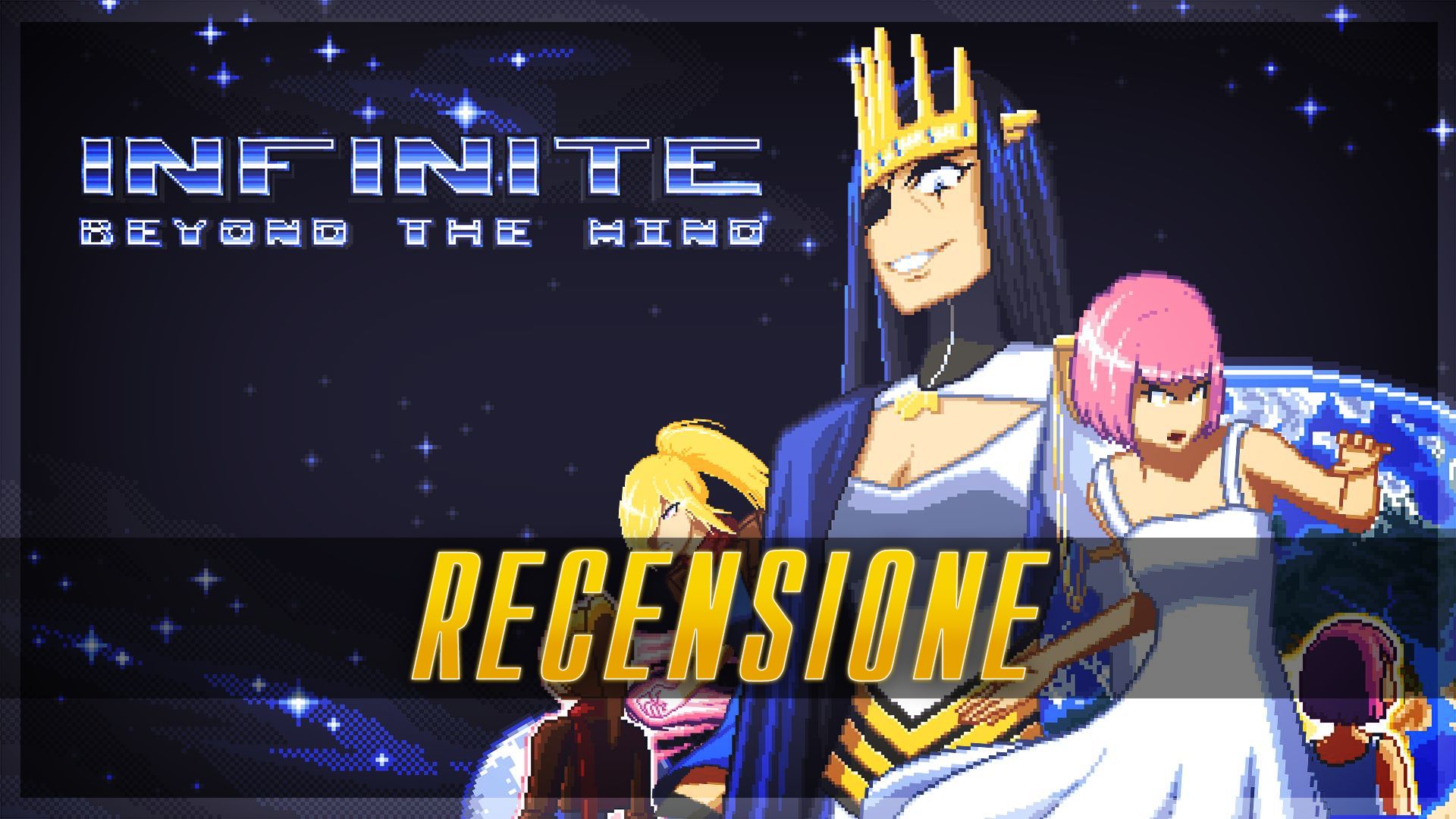 There are genres that have evolved little over time, especially in mechanics, remaining in step with technology only on the graphic side. Then, there is Infinite: Beyond The Mind, which also in the technical aspect recalls the 90s, and then the dive into the past is total. Good or bad? A middle ground, since the platform / action developed by Emilie COYO and published by Blowfish Studios succeeds in what he does, but probably he could have done it better. 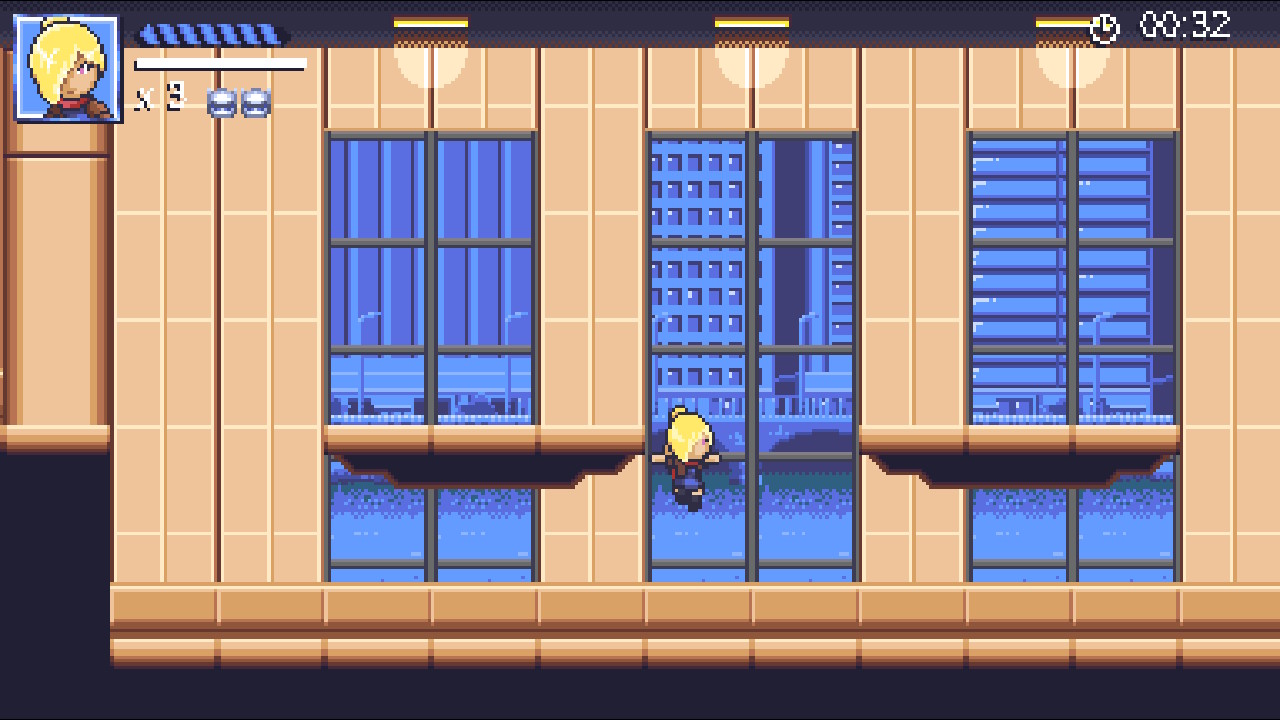 There is not much to say about the ploton the other hand, the genre does not dictate that there is a story so deep as to push the player to move forward. We are on an Earth on which world conflicts are on the agenda, and two girls with special powers want to rebel against the tyranny of Queen Evangelyn. However, one of the two is kidnapped (the one we don't choose to use for the adventure) and it's our job to save her.

Well, everything I just described to you I actually read on the internet because, despite having selected the Italian language of the game, the introduction appeared inexplicably in French. I could have understood if it had been in English but no, French, apart from a few words, I really don't understand. Fortunately, the game was then, as I selected, in Italian: not that you need to understand the story to continue, but seeing the opening words in French was a surprise. 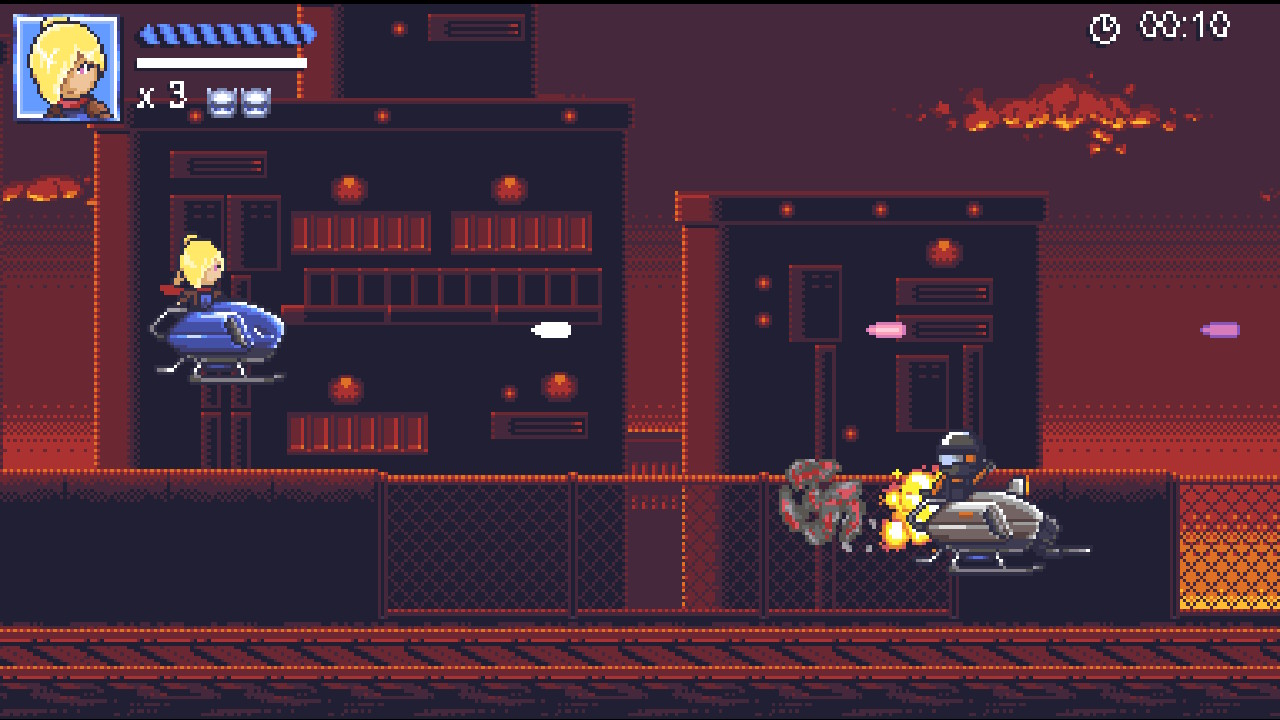 Once you have chosen the character, you are thrown into the fray, as a good platformer / action must do. Just like the best known Metal Slug or Shantae, the first that came to my mind playing Infinite: Beyond the Mind, also here we must defeat a myriad of enemies who parry on our way. Initially we only have a low-power physical strike to defend and attack, but as the game progresses you have the opportunity to empower yourself with power-ups established by the story's advance, with no choice.

The levels are 16 and we also have some horizontal scrolling shooters, which I liked; it took me just over two hours to complete the main adventure. Accomplicing a great many deaths (about forty) due partly to my mistakes and partly to physics not exactly intuitive, I had some moments of frustration since once you have seen the writing of the Game Over you have to start the level over again: old school in all respects.

Not bad in reality, the title at the end can be played with pleasure and going forward in the levels, improving both my ability and that of the character, I came to perform attacks and millimeter jumps that gave me a lot of satisfaction. 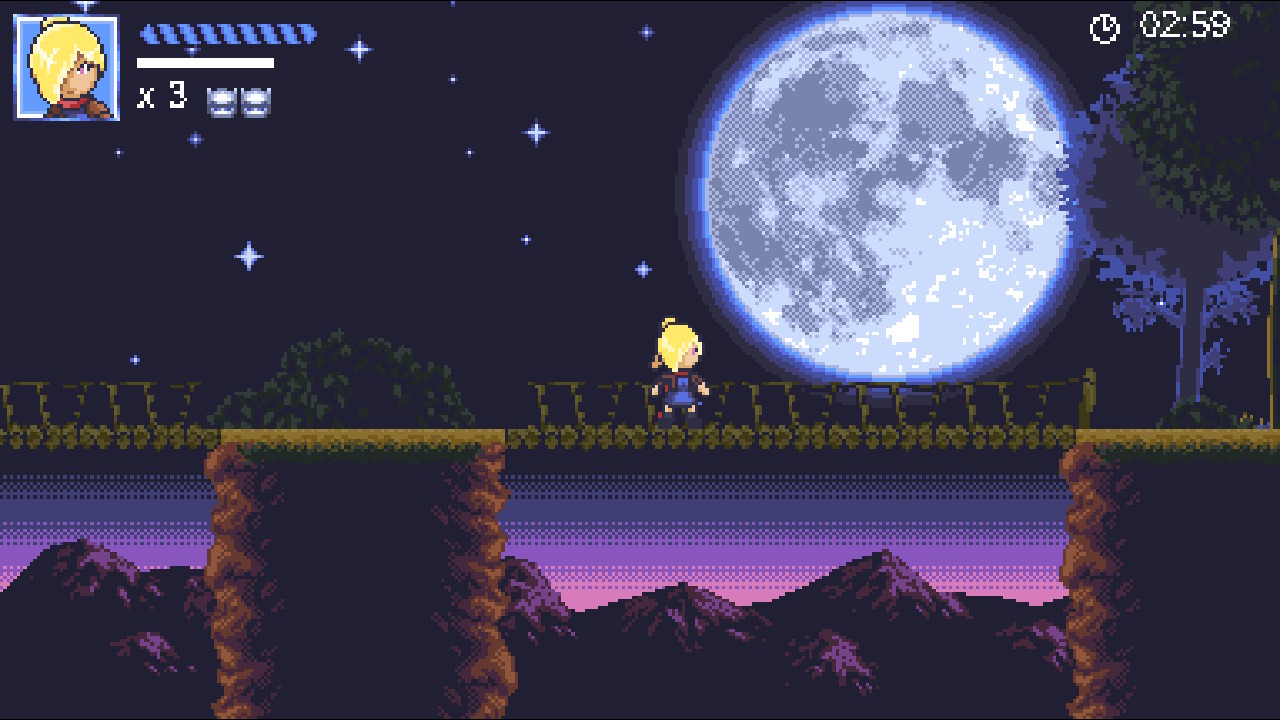 The difficulty is never prohibitive, although some sessions are actually more difficult than one would expect due to one swing difficulty curve: I completed levels in a certain time and losing some lives, to then pass the next level unscathed and in not even a minute, and then to remain on the next one for more than ten minutes losing dozens of lives.

As already said, the cause of our death often lies in the not exactly exceptional physics: not that you expect realism from an old school action, but seeing yourself thrown off a platform because hit by a laser beam without the possibility of doing anything if not falling into the void is a bit limiting. 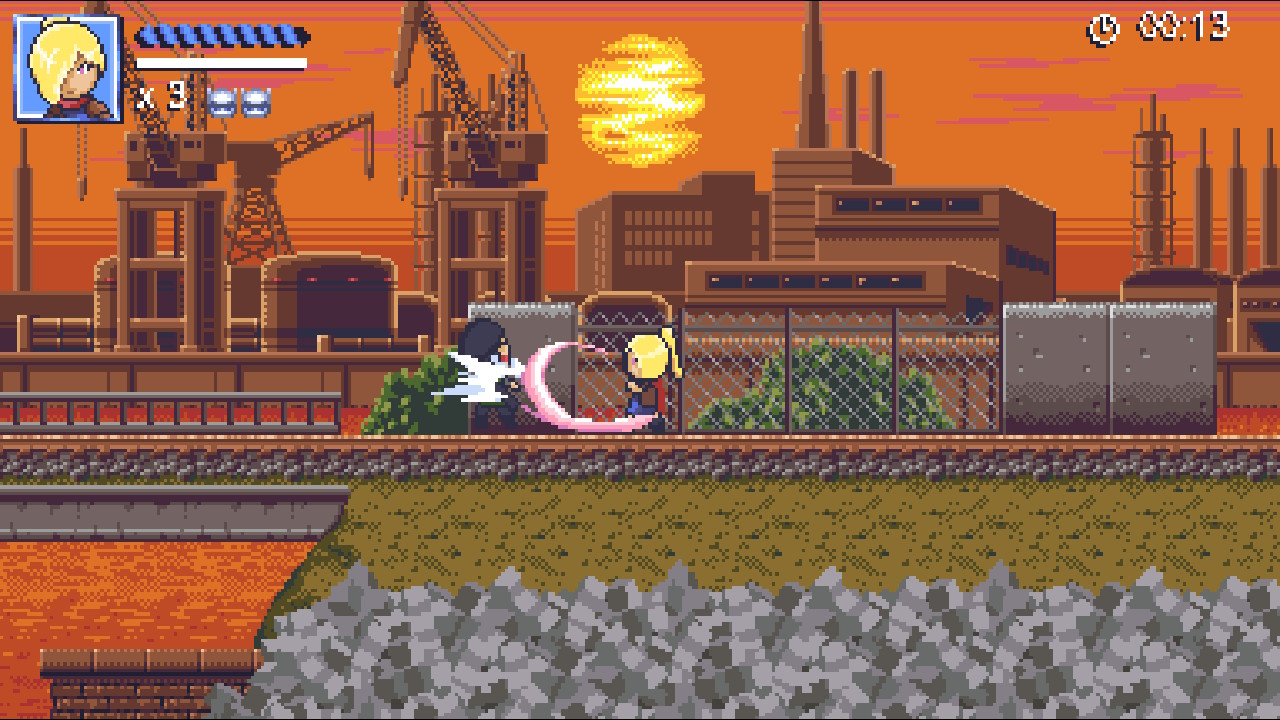 On the technical aspect there would be a lot and at the same time little to say. The retro and pixellated style I love it and I believe that pixel art, if used properly, can give great satisfaction and be very up to date (see Sonic Mania). We witness too often though games that hide behind this visual style to give the user a lazy graphic sector, which tries to justify itself with the search for a vintage taste when, in reality, much better could have been done.

Infinite: Beyond the Mind is not bad to see and, as said initially, it succeeds in what it does. It has never happened to me not to understand where to go, or not to distinguish the enemies, or even to see slowdowns in the most chaotic phases. Everything goes smoothly, but for the duration of the adventure you have the feeling of a sketchy game, with limited animations and empty scenarios. Certainly not a joy for the eyes. Nothing to report from the sound sector side: typical old-style action effects, with memorable and almost accessory music. 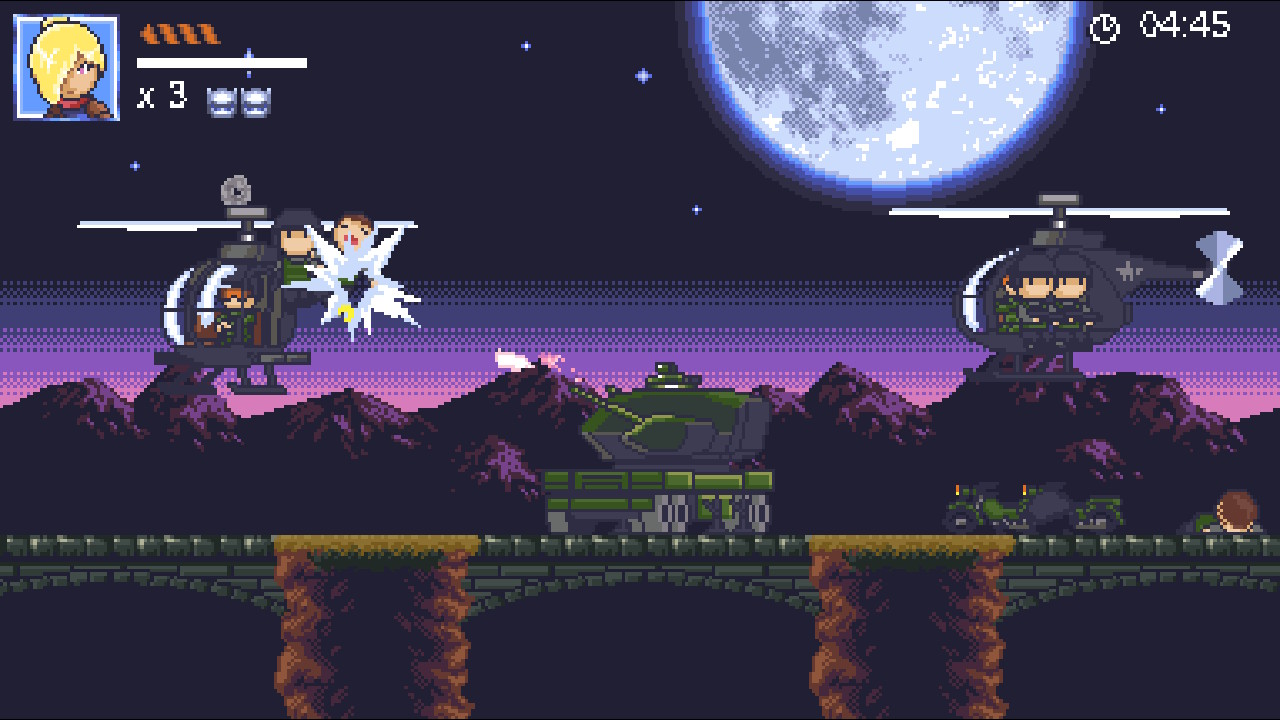 The work done by Emilie COYO can certainly be appreciated by all those who want a platform / action in pixel art, a something unpretentious and to spend a few hours of "ignorant" fun in which to kill enemies and test your skills and patience.

Greater attention to detail, starting from that introduction in French to the same technical sector, slightly revised physics and a few more levels would probably have made Infinite: Beyond the Mind even more interesting; currently it is only one of the many horizontal scrolling action to play if recovered for a few euros.