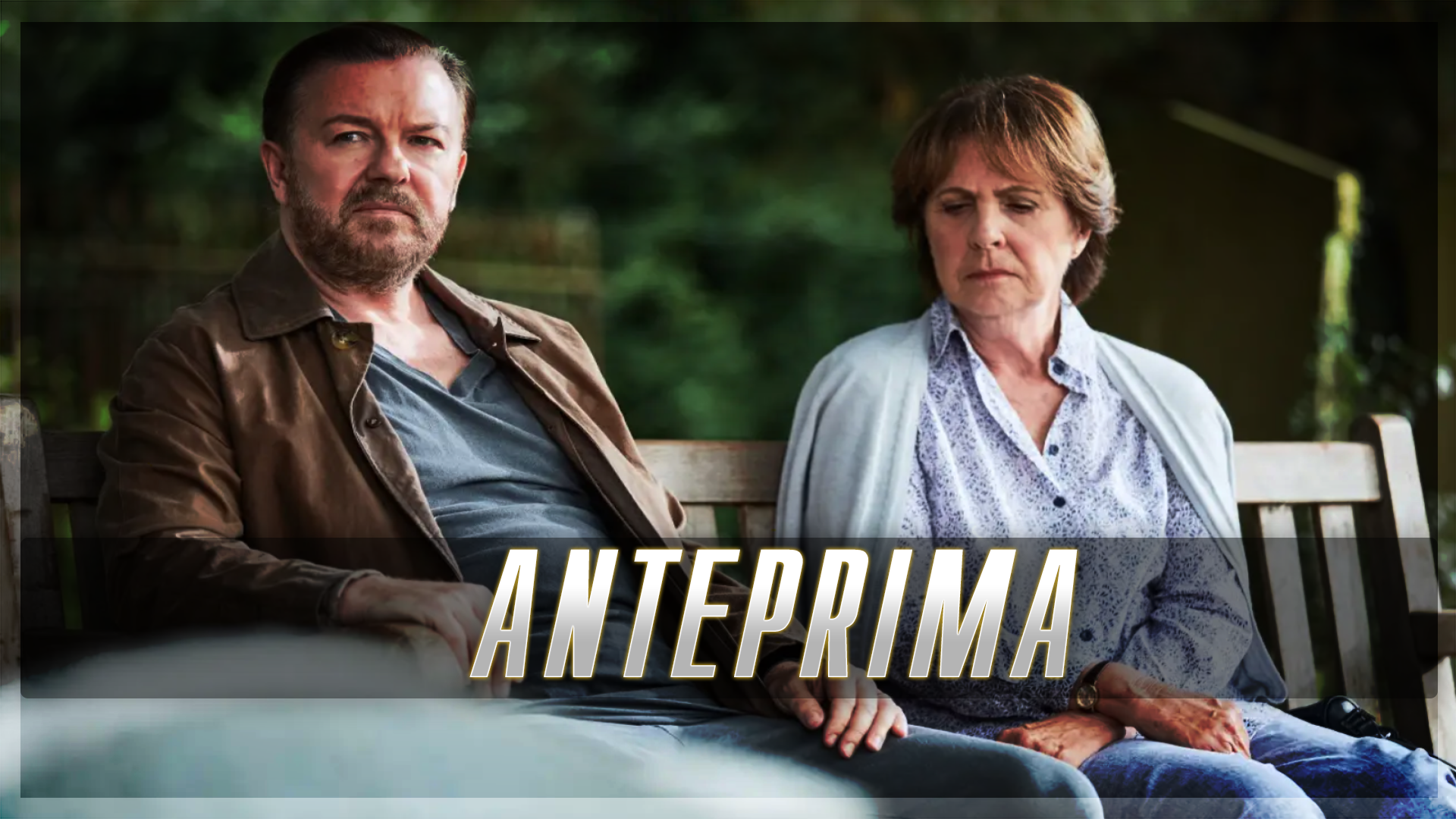 The second season of After Life, Ricky Gervais series distributed on Netflix, is coming on April 24th. Here are some considerations on the first three episodes, which I had access to in preview.

The new season picks up roughly where we left off last time, with Tony (Ricky Gervais) who is fighting the severe depression caused by the death of his wife (Kerry Godliman). His attempt to reconcile with the world at the end of last season has borne some fruit, but the protagonist has not yet elaborated the mourning and continues to keep his loved ones at a distance, also the newspaper for which he works continues to float with difficulty. After hanging out with Emma (Ashley jensen) realizes that he is not ready to start a relationship, and the two decide to remain friends. This until during a visit to the father (David Bradley), hospitalized in the clinic where Emma works, Tony notices a man flirting conspicuously with her, and indulges in petty attitudes.
In the meantime, the brother-in-law (Tom basden), also editor of the newspaper where he works, is divorcing, and is being treated by the worst psychologist on Earth. But among the general negativity there are also positive notes, such as Tony's relationship with the bizarre postman Pat (Joe Wilkinson), and his friendship with the prostitute Roxy (Roisin Conaty).
From these first three episodes, the address of the series is not yet clear: the biggest step forward for Tony is the apparent renunciation of his suicidal ideas, but he continues to keep all the important people in his life at a distance.

Once again Ricky Gervais does everything: he produces, writes, directs and also plays the protagonist of After Life. The technical aspects are more than acceptable, the direction is very simple but it does its job. Writing has ups and downs, in some moments Tony's reflections are touching if not moving, in others it is all so over the top that there is no longer even a semblance of suspension of disbelief. We pass from genuine and sincerely empathic interactions with secondary characters, especially during interviews conducted for the local newspaper, to unbearable people whose only function is to justify the irritation of the protagonist. In several places it is understood that Ricky Gervais certainly doesn't need to force his hand so much to make him laugh, even if in a bitter way, therefore it is not clear the need to insert characters who are clearly living strawman of everything that the author does not like. Whether they are psychologists, new age hippies, people who believe in horoscopes or the paranormal, they are all put there to be caught in the face. It is so above that the lines that certain characters cannot be saved even from the excellent performances of the actors. Kath the idiot in the office is one of the biggest culprits: played by Diane Morgan, an English comic actress famous for her roles as unconscious imbeciles, she continues to be exclusively irritating, without any verve, and her externalizations do not even have comic timing. 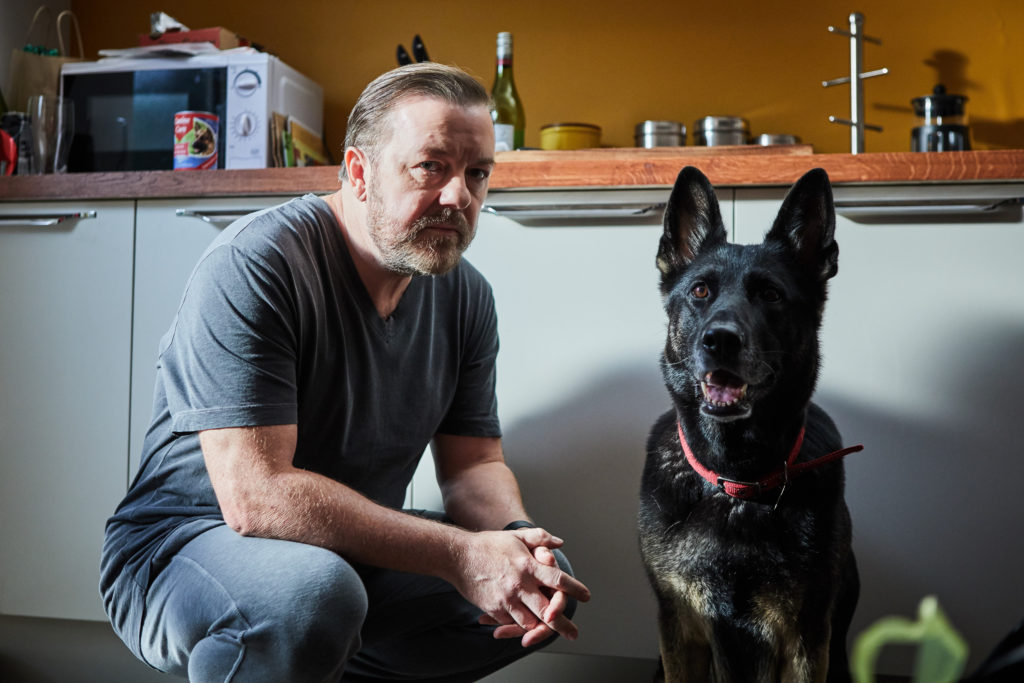 What the series manages to make the most of is again the more "human" sides of the characters, the profound unease of a small English town that is becoming depopulated and where the expectations of the residents are lower and lower. Tony's life is objectively better than that of many of his fellow citizens, he himself realizes it, yet they continue to survive, while he can no longer find any stimulus since the death of his wife. An unfortunately realistic dynamic, in which the sense of guilt is added to depression. Sometimes the show may be more subtle in this regard, but making it clear still does not affect the underlying message: depression makes you and those around you feel bad, but it doesn't "heal" just because you want it.
After Life is confirmed as a pleasant series, at times bizarre, with an uncertain atmosphere between the hope of a new life and the anguish that the pain does not pass, and may resonate particularly with those who have suffered from depression or mourning as Tony's.

[gamescom 2019] Ary and the Secret of Seasons - Preview