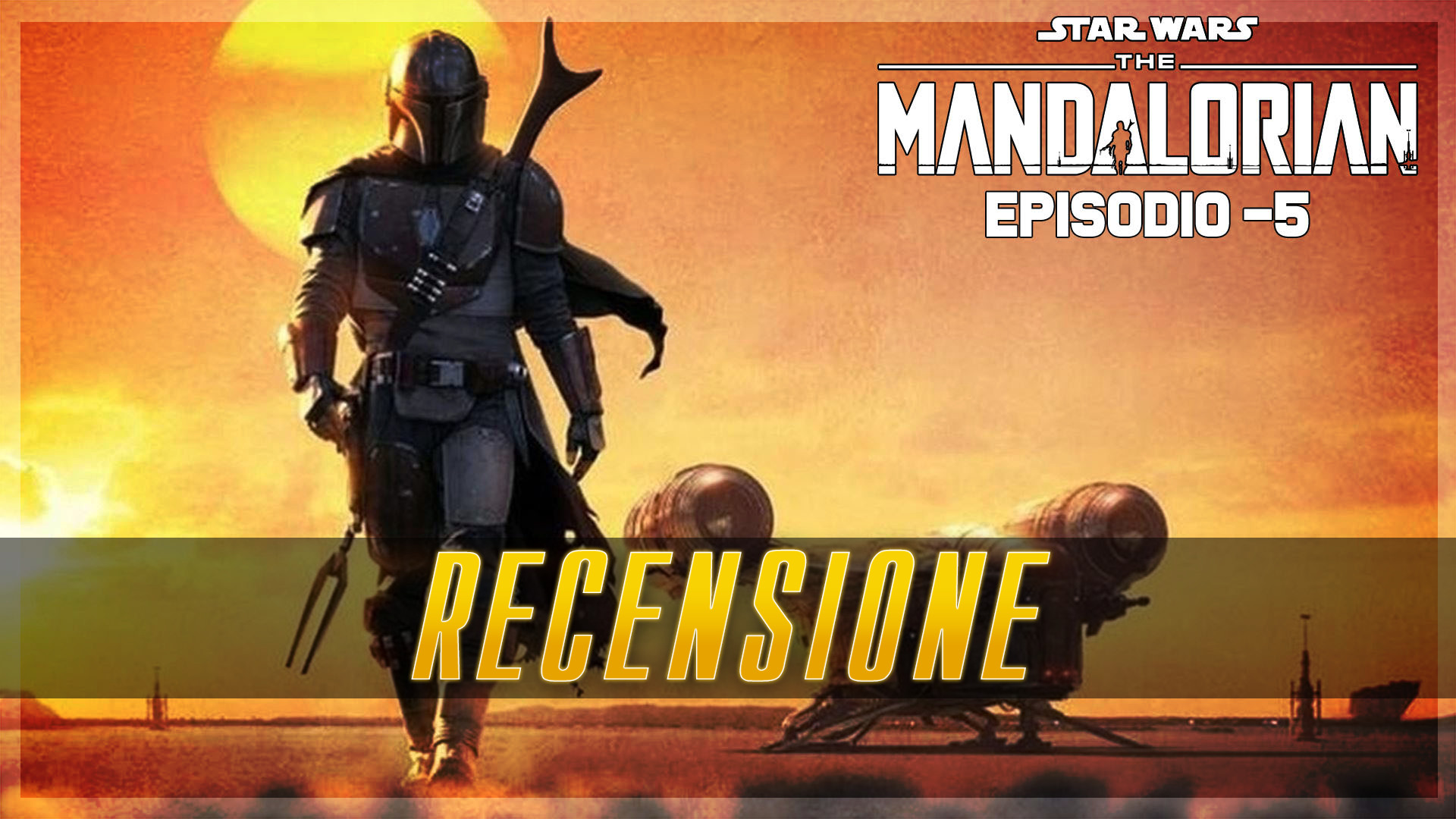 The Mandalorian series was a beautiful lightning bolt in the Star Wars universe. After the last Hollywodian trilogy that shook the hearts of all the fans, the series created for Disney + seems to have put everyone in agreement. It is bellina bellina.

So here is the episode that perhaps could make you change your mind. The Mandalorian navigates that thin thread of a short series, where each chapter should have gravity and importance to carry on a story according to a well-defined rhythm, and the "enemy of the week" atmosphere that befits a mercenary adventurer. The latter, however, exposes many hips to episodes a little subdued and useless in the general scheme.

Episode 5 of The Mandalorian, "The Gunslinger", Il Pistolero, with this so western title, looks like a huge fanservice episode at a first glance. After a fast and intense space dogfight between Mando and a hunter on his trail, he is forced to land on Tatooine. The escape of the Mandalorian is beginning to weigh heavily on his finances and in order to put his spaceship back in place he is forced to find a job in the place. It is the classic secondary mission that replaces the main usually to lengthen the broth when the ending is likely to be too close, or to give the viewer an interesting insight into the world. Here it seems that you constantly want to wink.

The most famous bar of the old trilogy, known places, nostalgic phrases, familiar scenarios and technologies. A wave of nostalgia, which, however, turns out to be quite ephemeral once things get started. A young and inexperienced bounty hunter, Toro Calican (played by Jake Cannavale), made the classic mistake of all rookies: he accepted a size too complicated for his abilities and the Mandalorian happens to be a bean. Thus an alliance is born that will produce benefits for both. The target is Fennec Shand (Ming-Na Wen), one of the most dangerous assassins in the galaxy.

And this incipit is followed by a little nothing. A quick trip, a few skirmishes and the secondary characters who adhere to their cliché to the letter, without the slightest variation on the theme, without twists, without news. Like going to work every Monday morning. You would like to find yourself with the altered routine, with some exciting news, but the sad daily reality quickly takes over.

And so the episode then flows away. Without leaving you much. I had to review it twice because at the end I had already forgotten what had happened at the beginning. The first misstep? Probably. But there is nothing to despair. Occasionally, a sidequest to detach is fine, waiting for the main one to return domineering. However more interesting than the adventure at the casino of Gianni and Pinotta in Episode VIII.