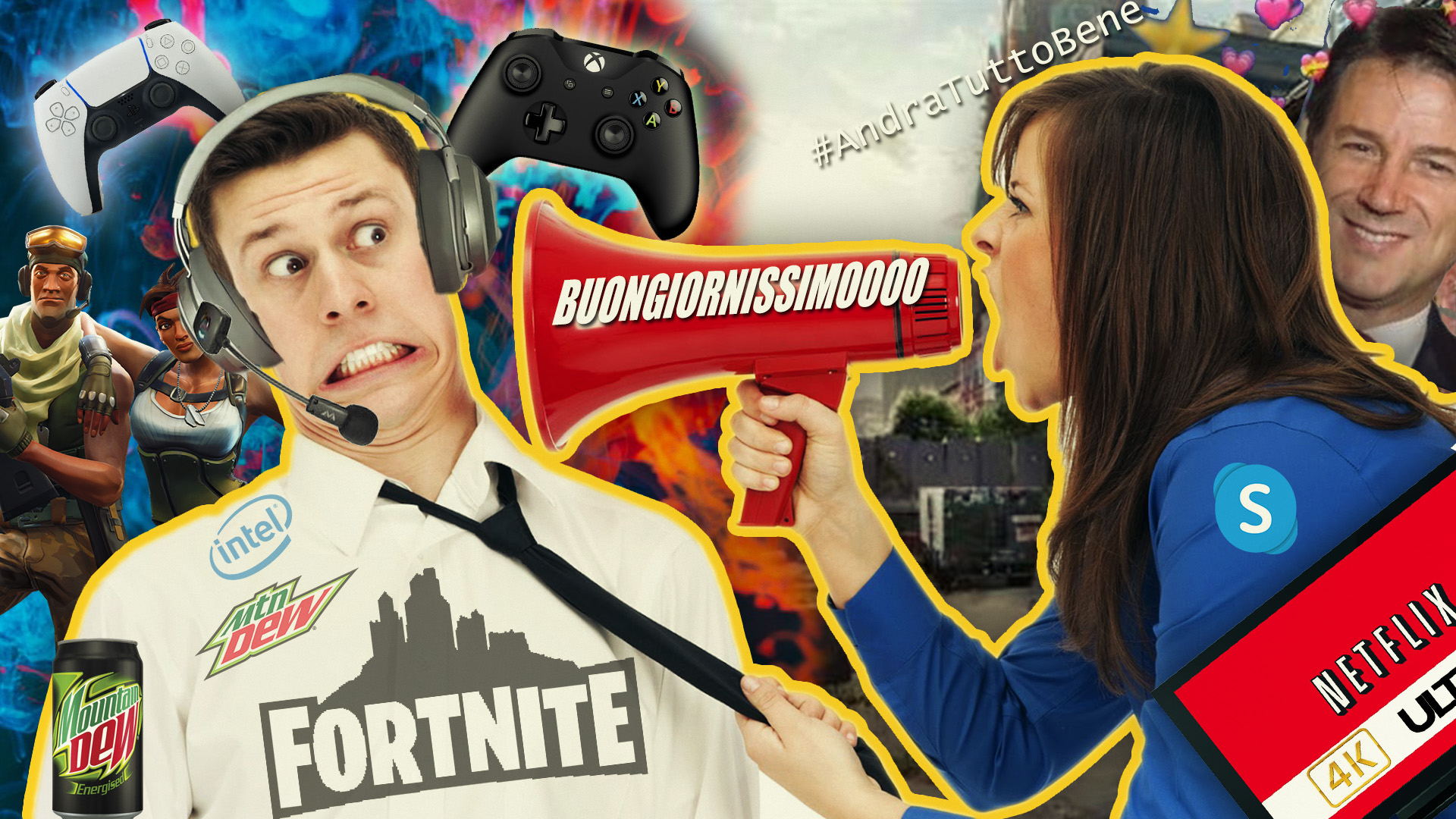 This period could be defined the period of waivers. Many of us, students, workers, parents and many others, try to move on with our lives even in the face of an emergency Coronavirus. We give up going out with friends, or go home to loved ones to avoid a possible spread of the virus, or we still give up our work (if we talk about workers who cannot perform their job through SmartWorking). Together, these disclaimers create black holes in our days that we - as humans - try to cover in various ways. Among the various possible leisure activities within one's home, the use of the internet is certainly the most popular.

Over the past 20 years, internet access has become a moment strongly present in our routine, also thanks to the arrival of smartphone. And despite having believed that the Internet was relatively infinitethe latter, on the other hand, possesses - like any other resource on the planet - a limit exhaustible: the data band. Trying to use terms earth earth, this data band is divided and managed individually by several distributors (also called Internet Service Provider), which make it available (through a real fee) to users. However, in the last few days it seems that even the latter cannot manage the traffic created by many people locked in the house, to the point of forcing the European Commission to ask the CEOs of Netflix e YouTube to lower the quality of its services. And although the situation seems stable, it is undeniable that for some users this involuntary disservice created some discomfort e discontent, sometimes of a toxic type. And what happens when you go to create a big wave of discontent towards something intangible? A culprit is sought (say the scapegoat). The more popular the attack target is, the more noise it will produce.

And among the various goats sent to the slaughterhouse by this senseless pillory, today we restrict the field on a field of our competence: video games. As you know, one of the key components of the video game is the interaction that is created through a challenge between multiple players. And where local multiplayer does not arrive (especially during emergencies like this), online multiplayer takes care of keeping us all united and close. Well - according to the media - multiplayer is the guilty of our mystery branded Cluedo, but let's start with order.

In the last few days, turning between Facebook pages (of memes and not), I came across this nice newspaper. The title: Players are called to play responsibly to avoid network fatigue. 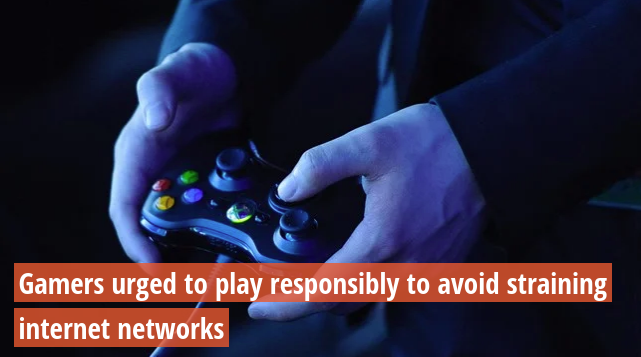 Leaving aside the title that, personally, makes me want to cut my veins with the background of a violin played by a Russian hunchback, reading the article it is possible to notice a gigantic error: it is approximate. Approximate in explaining the problem, approximate in sources and approximate in pointing the finger at the target of the attack. Now, I turn to the author of the article (who obviously will never reach this page) because I would like first of all to make a link with the latter, then remove all his castronry: my dear - who signs you as a Press Association - after I pass you my Postepay details, so pay to ME the article that IO i am doing for TE.

Incredibly I start with a mea culpa, because actually in this broadband business we really have some fault: the various software / video game downloads.
Not even the original article talks about this, partly because the quality is what it is, partly because we are talking about a minor scenario anyway. During the latter period, the only game that with its download can make the network traffic difficult is Call of Duty: Warzone. Let me explain: the Activision battle royale is available for free, but downloadable in two modes different. The first - reserved for those who own and have already installed Call of Duty: Modern Warfare - is between 18 and 22 GB; the second, available to all users, is between 80 and 100 GB.

We all agree that this is data consumption which, if carried out by many people at the same time, would create inconvenience. However, not only does the evident division of users (between who already owns the title and who does not) think about tightening the range of data, but also the fact that we are talking about a single title. Going to look for a list of the most played titles online and going to inform us about their weight in Gigabyte, we can find:

I could go on for ten more lines and add some single player games, but I think I made the idea. In addition, most of these titles can be downloaded in no time (even during the night) and their weight comes over time amortized thanks also to their low data consumption, which video streaming cannot afford.

Data consumption: Videogames vs Streaming - Who is right?

If we finally wanted to put a tombstone on the original article, let's compare the protagonists of the investigation. As introduced towards the end of the last paragraph, an online video game once installed consumes very few tens of Megabytes per hour, rarely touching the hundreds. 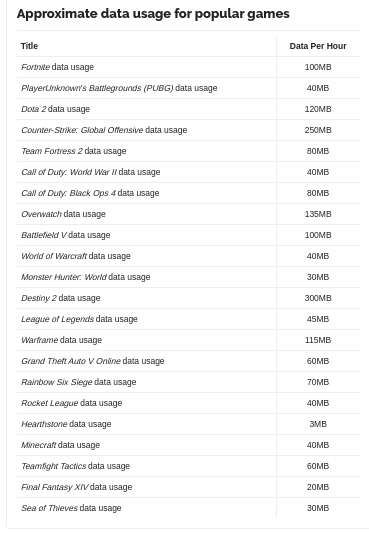 Thanks to the chart created and published by the portal guys WhistleOut we can see how the range of data consumed per hour is low: in fact, we pass by 3 MB of Heartstone, up to i 300 MB of Destiny 2. Finally taking a sample of 100.000 players connected simultaneously on the shooter title of Bungie, we get a hypothetical consumption of 30 TB per hour. An important figure, but which is scaled down if placed in a context that sees a single network capable of managing up to 20 PetaByte of traffic (as announced days ago by Fastweb itself).

As for video streaming instead? Taking into consideration Netflix, one of the most popular streaming platforms at the moment, the editorial staff of The Brag brings us all back to reality with a graphic designer that speaks for itself.

The first detail that catches the eye is the big difference between the minimum and maximum consumption. We go from almost 800 MB per hour for streaming in 480p up to the 7 GB required by watching a movie at 4k resolution. And looking also on other portals the situation does not change, on the contrary:

Let's be clear, this article does not want to judge anyone's hobbies (apart from that of the original author, of course) but rather wants to show the reality of the facts and end the trend passing the buck against video games and their fans, who are accused of being parasites that don't let us into video conferencing, when in fact they use (in most cases) a tiny amount of data, compared to those who use other services Network.

I would conclude this piece by inviting you first of all to express your opinion and to discuss it, I would be happy to participate in a debate on the matter. Finally, I would like to leave you with a small question: what was the original author's mistake? I would say that a small Google search would not have hurt him.

House of Gucci, revealed the trailer of the film with Lady Gaga ...

Andrea D'Amely - July 30 2021
The trailer for House of Gucci, the new film from well-known director Ridley Scott, has been unveiled online after a long waiting period. https://www.youtube.com/watch?v=8WMVSV0-7fc What ...
Mobile Gaming

Riot has earned over $ 100 million from mobile gaming

Matteo Runchi - July 30 2021
Riot Games has reached the symbolic goal of $ 100 million in revenues from its mobile games. Driving sales is League of ...