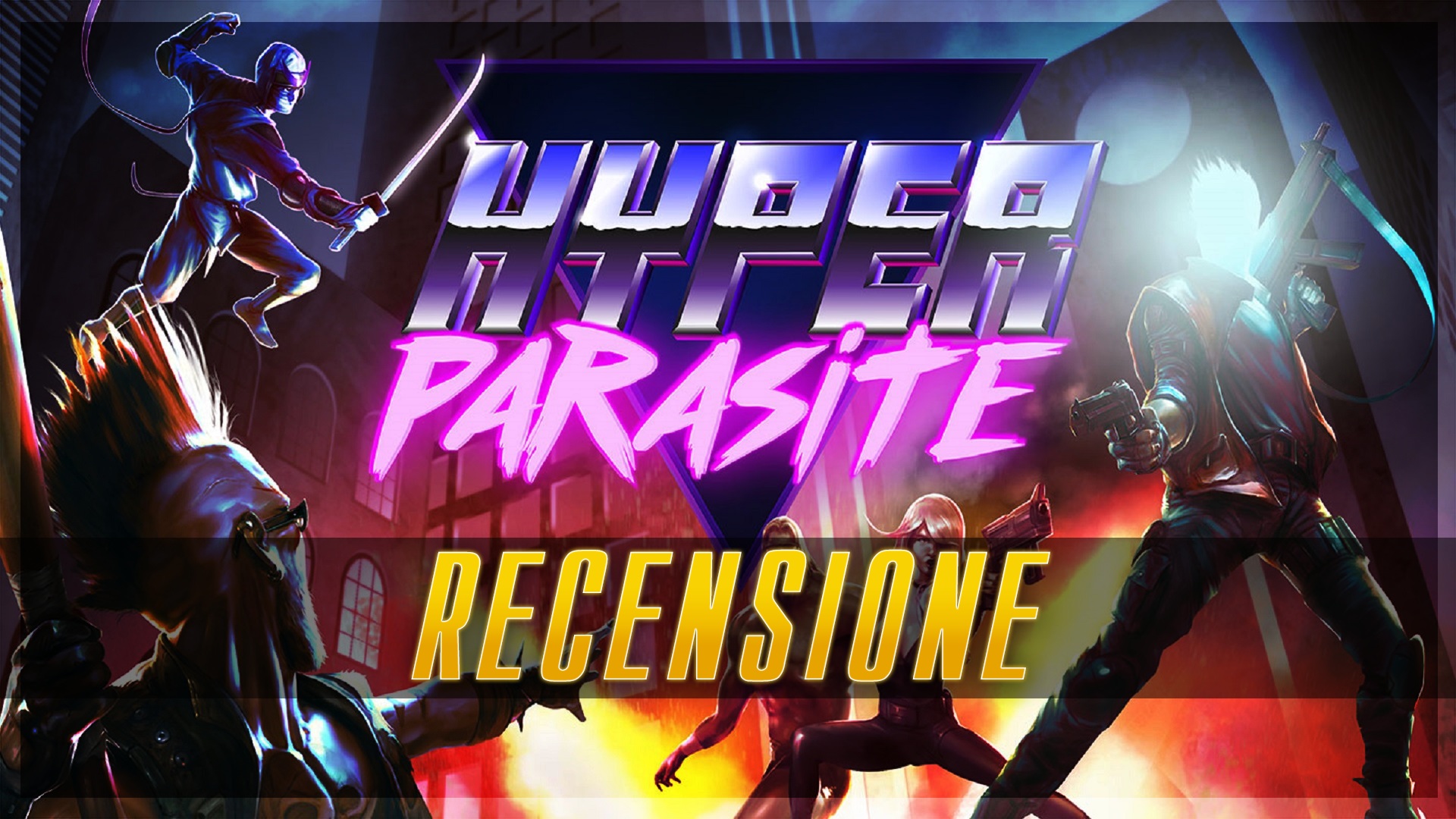 And after a year of Early Access, it arrives among us, in its final form, hyperparasite. The game is developed by the Italian software house Troglobytes Games and maybe you will remember it as we were given the opportunity to do an interview with the guys from the development team, which you can read again at following link. In this period of time the title has received the applause of the public, collecting a good series of positive reviews on the official page on Steam. Let's analyze the proposed title and see if it can catch us, a bit like the parasite from which it takes its name. The tested version is the one for Nintendo Switch.

The story is very simple: the world has been invaded by this strange alien parasite whose ability is to possess the bodies of the people it meets. Its ultimate goal? Conquer the governor's body and drop all atomic warheads on the world. As in many similar titles, this element is only an outline to the solid gameplay structure which is presented. Let's talk about a rogue-lite which respects all the traditional canons of the genre to which it belongs. The permadeath he keeps us by the hand throughout all our games, as happens in titles like The Binding of Isaac, Enter the Gungeon and the like but with a twist. The death and the consequent start of a new game totally clears our progress, except one, which is the original key element on which the whole game is based. As already mentioned, the parasite has the ability to possess the bodies of enemies, but not all - at least in the beginning. To widen our possibilities, they come to help precisely i brains some unfortunate people, whose transport within a special room allows you to unlock the possibility of taking possession of it.

Provided you pay a sum, which increases according to the type of enemy we intend to unlock, each of which it has completely different statistics, attacks and special abilities between them, thus allowing a plethora of well-diversified approaches to gameplay. For example, in the first level I found myself extremely well with the basketball player but you can easily prefer another style of action. So yes, basically one and multiple characters are used, given that with the push of a button we can abandon the body in use and take another. The enemies, if they can be defined as such, are therefore our progress meter inside HyperParasite, whose death does not lead to the end of the game. To start again, it is necessary that it is the parasite itself, which has escaped from its host, to be hit but also consider that, unless you have strengthened yourself through the appropriate bonuses scattered throughout the levels, one shot is enough to see our progress vanished. These upgrades allow you to increase the attack power or defense of the host bodies or prolong the short life of the parasite.

The first games are extremely difficult, both for the reduced range of characters to use and for the general difficulty of the title, set on very high levels and which requires an excellent dose of reflexes and constant attention which, at times, almost reminded me of the frenzy of a bullet hell mixed with a Miami Hotline, without ever flowing to those almost crazy levels. The wise use of a looks retro e strongly inspired by the futuristic taste present in the 80s it offers pleasant-to-see scenarios, both in the portable version and in the dock, even if they sin slightly in variety. There is a procedural system that modifies the scenarios, but it seems that it is simply the arrangement of a series of predefined rooms or their orientation that changes. Nothing serious or that affects the game, it is clear, you are so busy trying to survive! Occasionally it is possible to come across an area where there is a mini-boss, whose defeat clearly allows him to gain his brain and thus unlock his class, after a substantial payment. Also consider that there is a market in each level, where you can buy upgrades and other useful items but, at least at the beginning, it is always better to spend money to unlock as many characters as possible, in all 60. And there is certainly no lack of bosses, present at the end of each level. Unlike the aforementioned Isaac, in this case the enemies we are facing are fixed, and in this way it is also possible to study the attack pattern well in order to have the best of them in a matter of "a few" attempts, depending on our skill level.

Even the ear is satisfied during the game, thanks to one soundtrack in full retro-futuristic style e that gives the right charge to our games. HyperParasite is a great title, certainly varied and with an original component that could easily be taken as inspiration for other titles in the future. The guys from Troglobytes hit the mark, certainly not without some minimal burrs that could potentially be fixed even with some future patches. 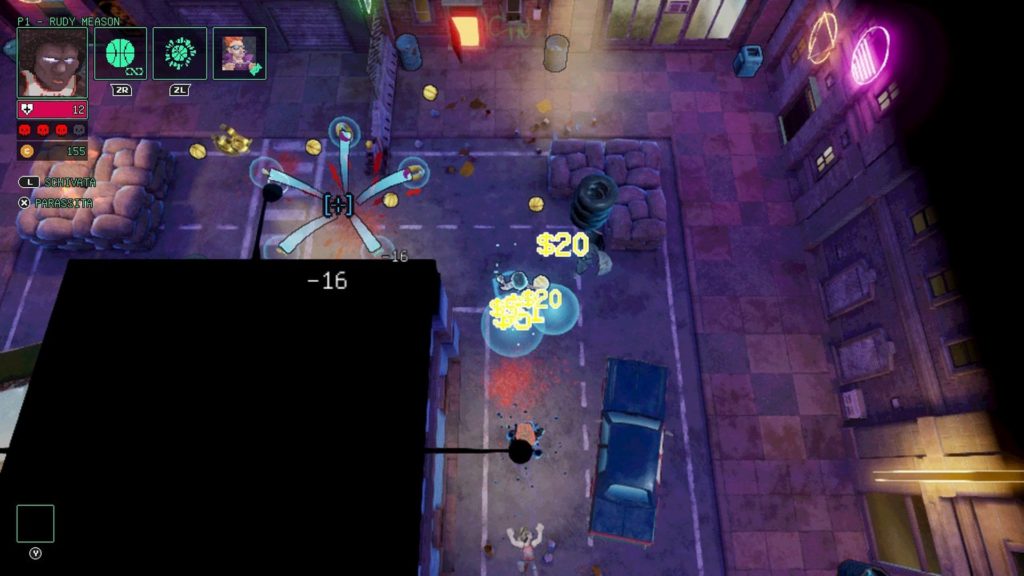 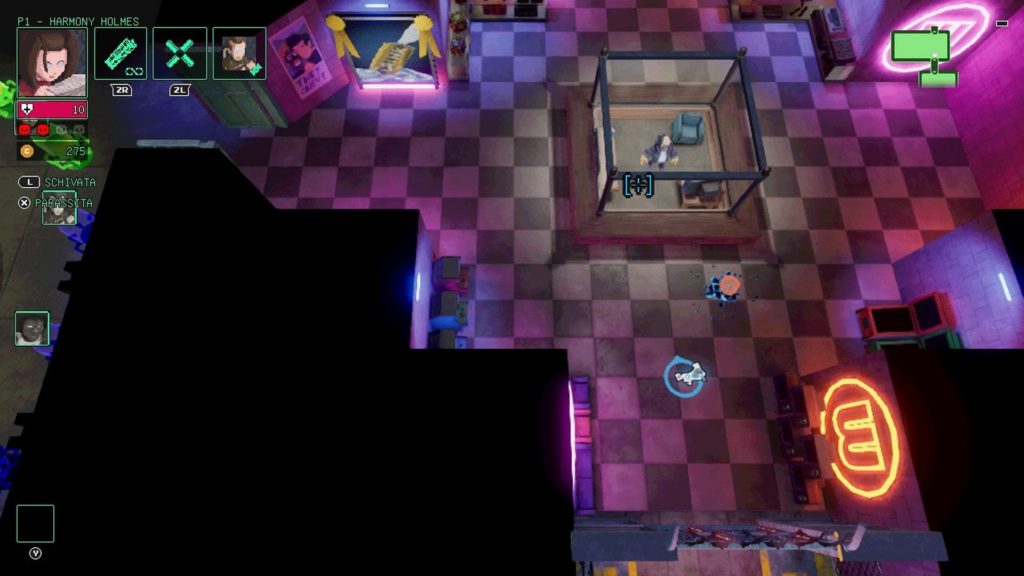 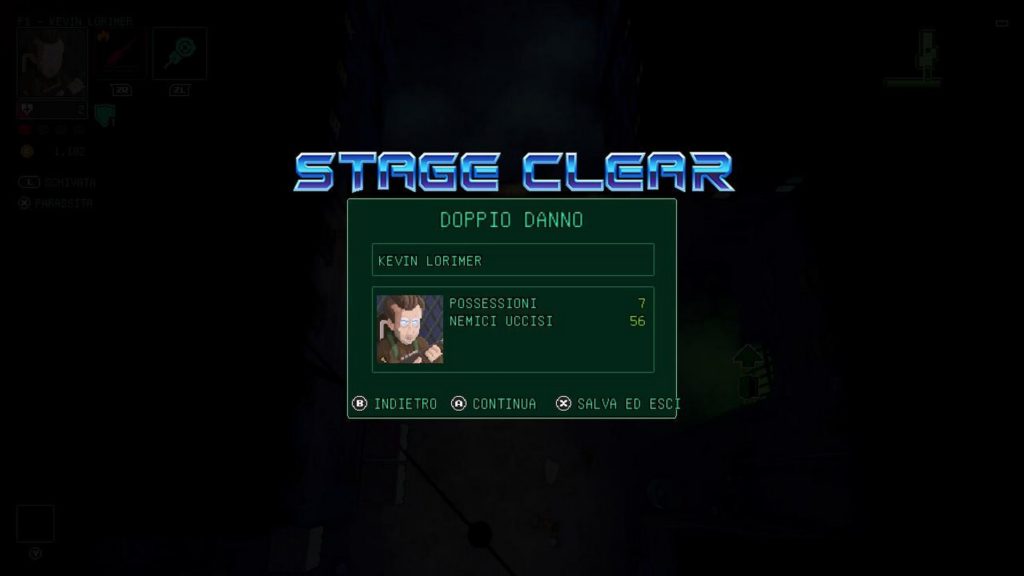 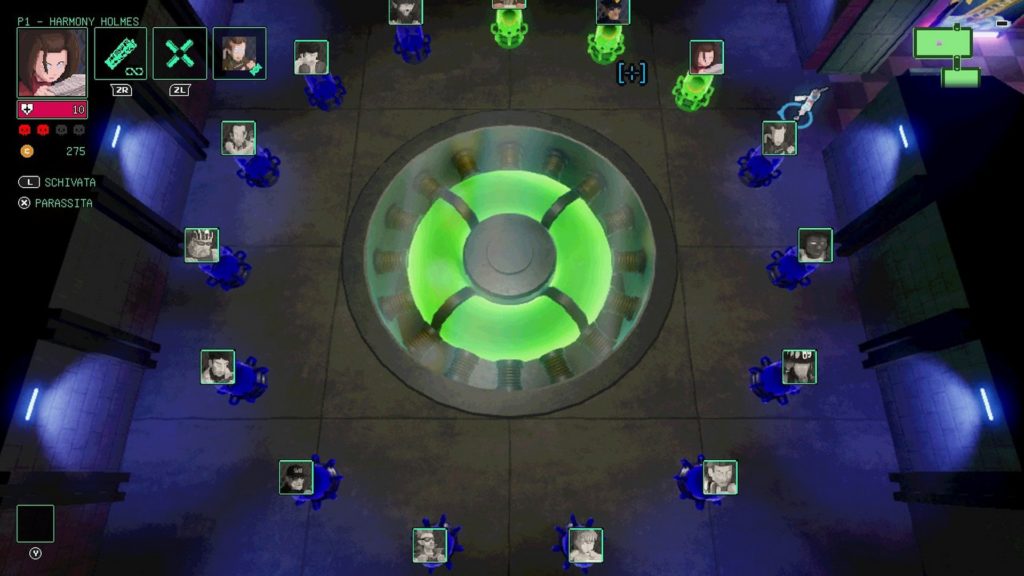 We begin to unlock everything 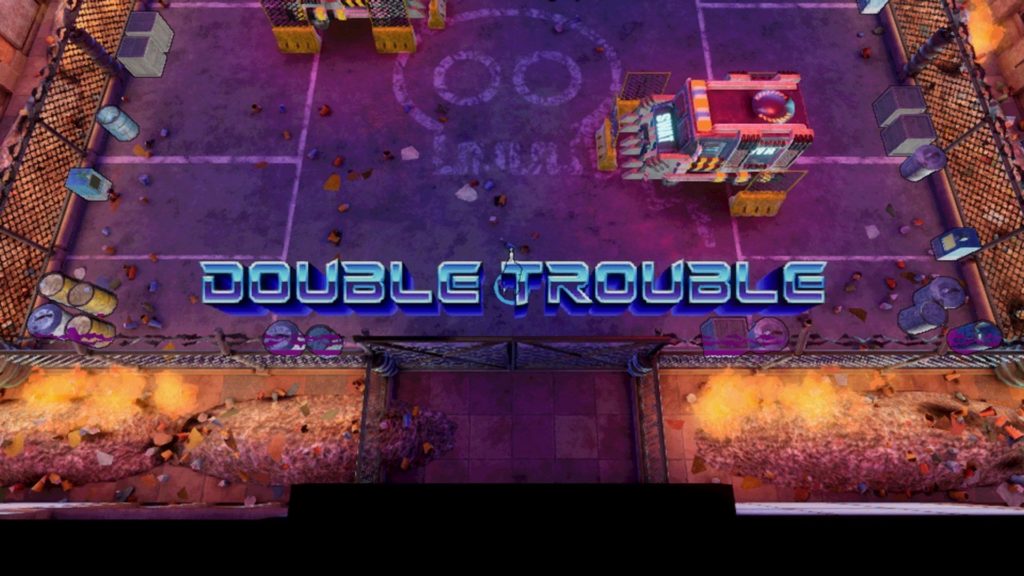 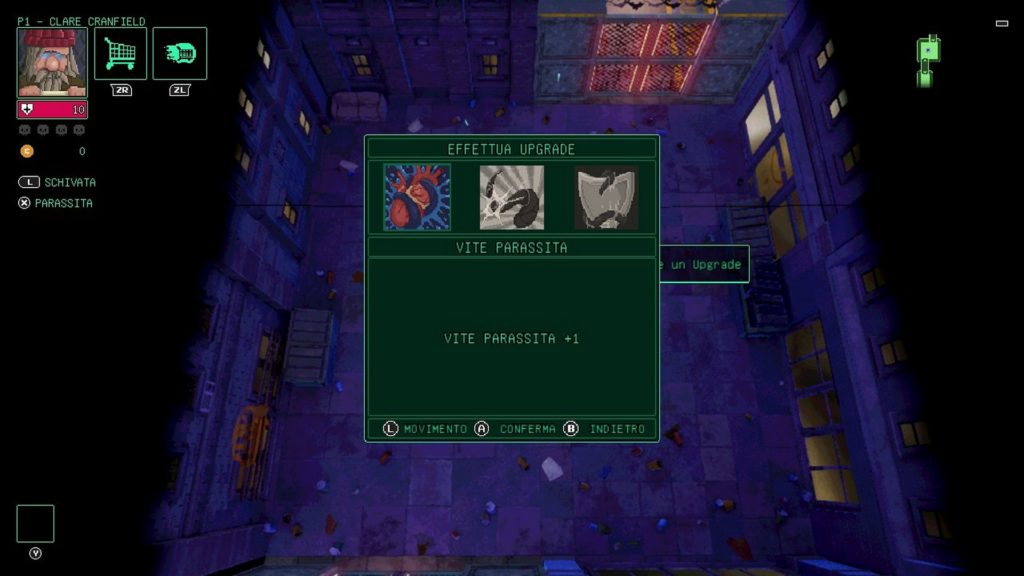 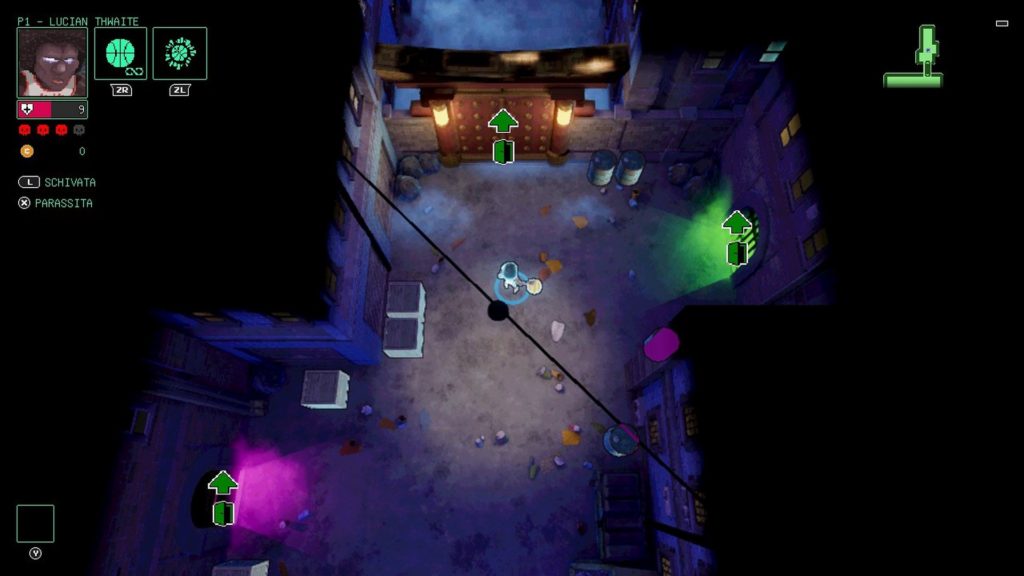 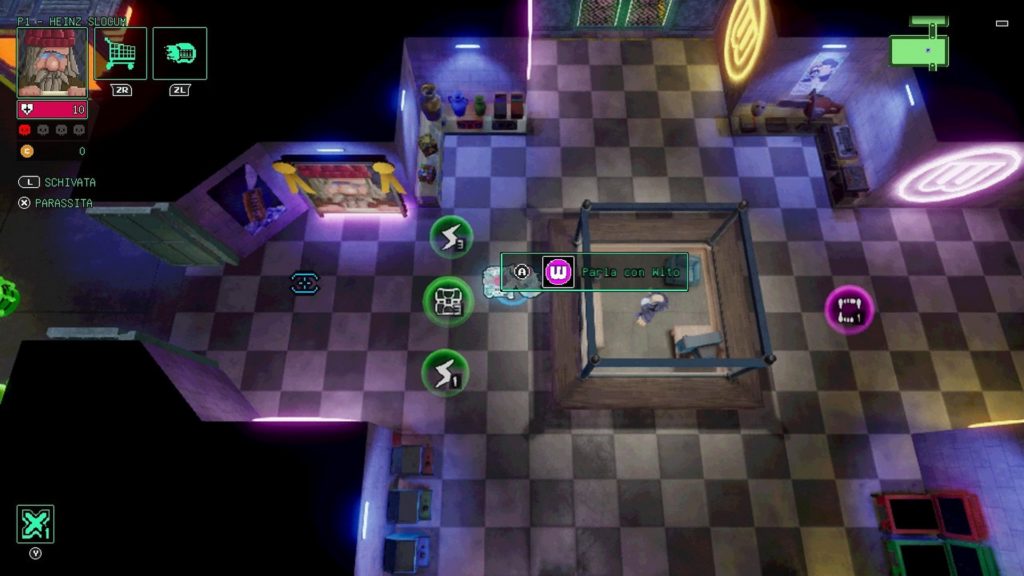